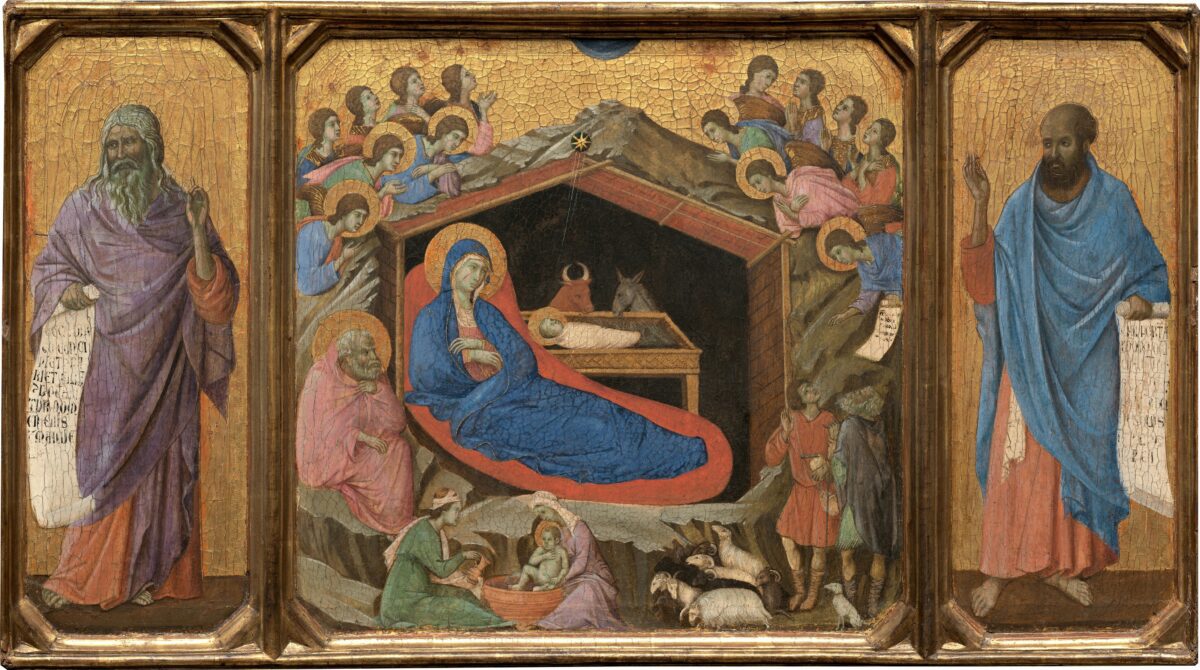 The Weakness of a Child

10 Again the Lord spoke to Ahaz, saying, 11 Ask a sign of the Lord your God; let it be deep as Sheol or high as heaven. 12 But Ahaz said, I will not ask, and I will not put the Lord to the test. 13 Then Isaiah said: “Hear then, O house of David! Is it too little for you to weary mortals, that you weary my God also? 14 Therefore the Lord himself will give you a sign. Look, the young woman is with child and shall bear a son, and shall name him Immanuel. 15 He shall eat curds and honey by the time he knows how to refuse the evil and choose the good. 16 For before the child knows how to refuse the evil and choose the good, the land before whose two kings you are in dread will be deserted. 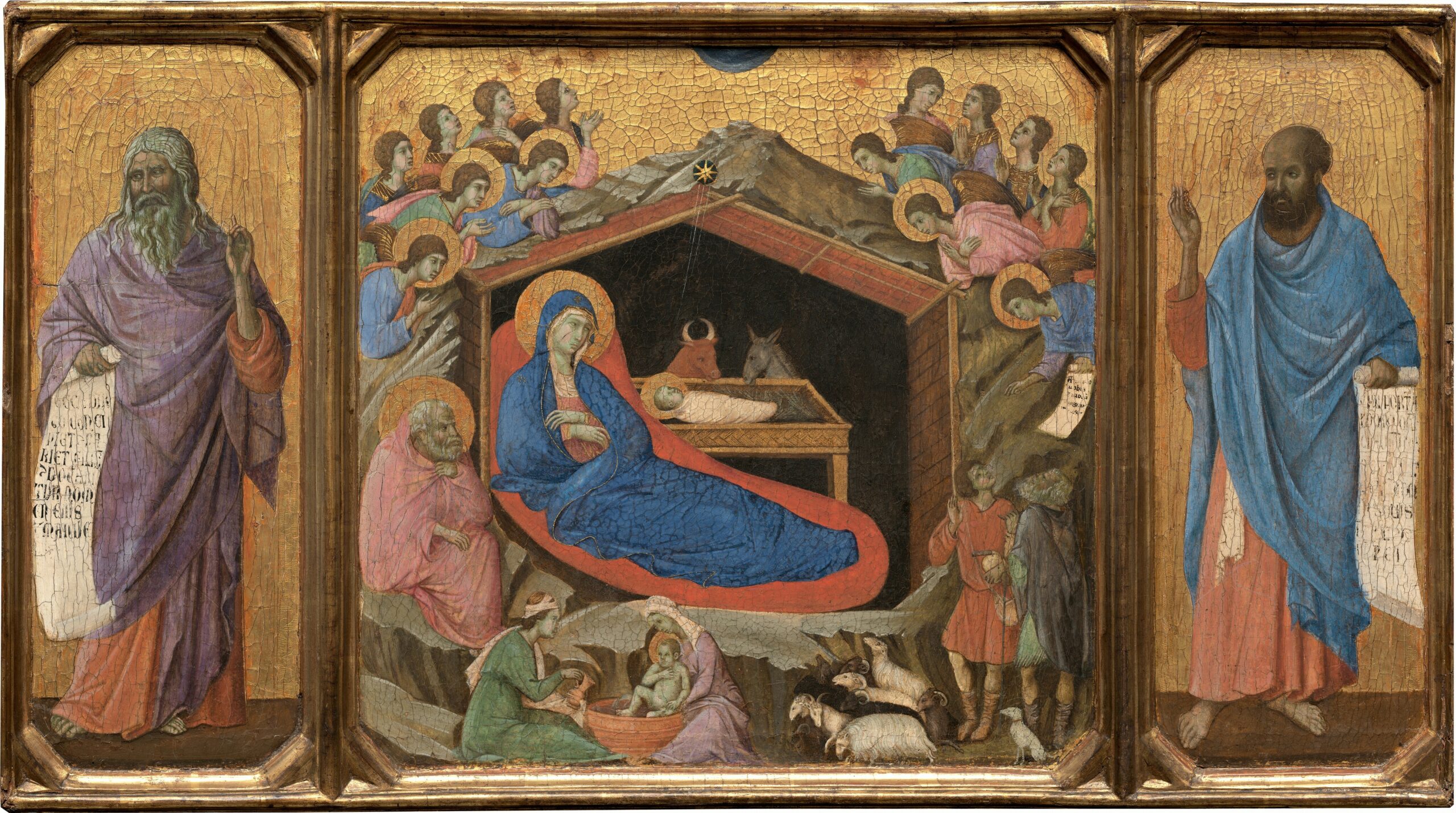 In this age and place, with all its terrors and powers, God shows up in weakness. A weakness that (spoiler alert) leads to God-with-us being executed on the cross. But God’s power is made perfect in weakness.

Ahaz is at a crossroads. The Northern Kingdom (Israel) and Syria have formed an alliance to fight off the Assyrians. They wanted Ahaz, king of Judah, to join, but he refused. In return Syria and Israel seek to depose Ahaz. The Lord has just promised to defend Ahaz, scoundrel that he is (scoundrel in that he has pursued the usual apostasy including sacrificing his son, cf. 2 Kings 16:1-4). God offers any sign that deliverance is at hand, but Ahaz refuses. Instead, he submits to vassal-ship under the Assyrian king, Tiglath-pileser.

How often are we too caught in the middle of tumult we created? How often do we too dismiss God, who promises that nothing in all creation will separate us from the love of God in Christ Jesus?

In the face of major threats, what can we expect God to do actually? Have we ever seen God show up in any way to deal with the major problems of the world? Take your pick: climate change, the vulnerability of the poor, systemic racism, gun violence.… “Thoughts and prayers” are a fool’s dream, or simply the chant of those unwilling to make any meaningful effort. God will not do anything, so why even bother.

God’s response to unbelief is completely inadequate. God promises a sign, one as high as heaven or as low as the underworld. But the sign offered falls far short of the momentous demands of world events. All God offers is the birth of a child to a young woman (a παρθένος; “virgin,” if reading the Septuagint). It’s a scandal but hardly an original one, not an answer to the problems of the world from our perspective. God’s only response to powerful ravages of the world is weakness epitomized. So we say. God thinks differently, however. We might want to take notice. 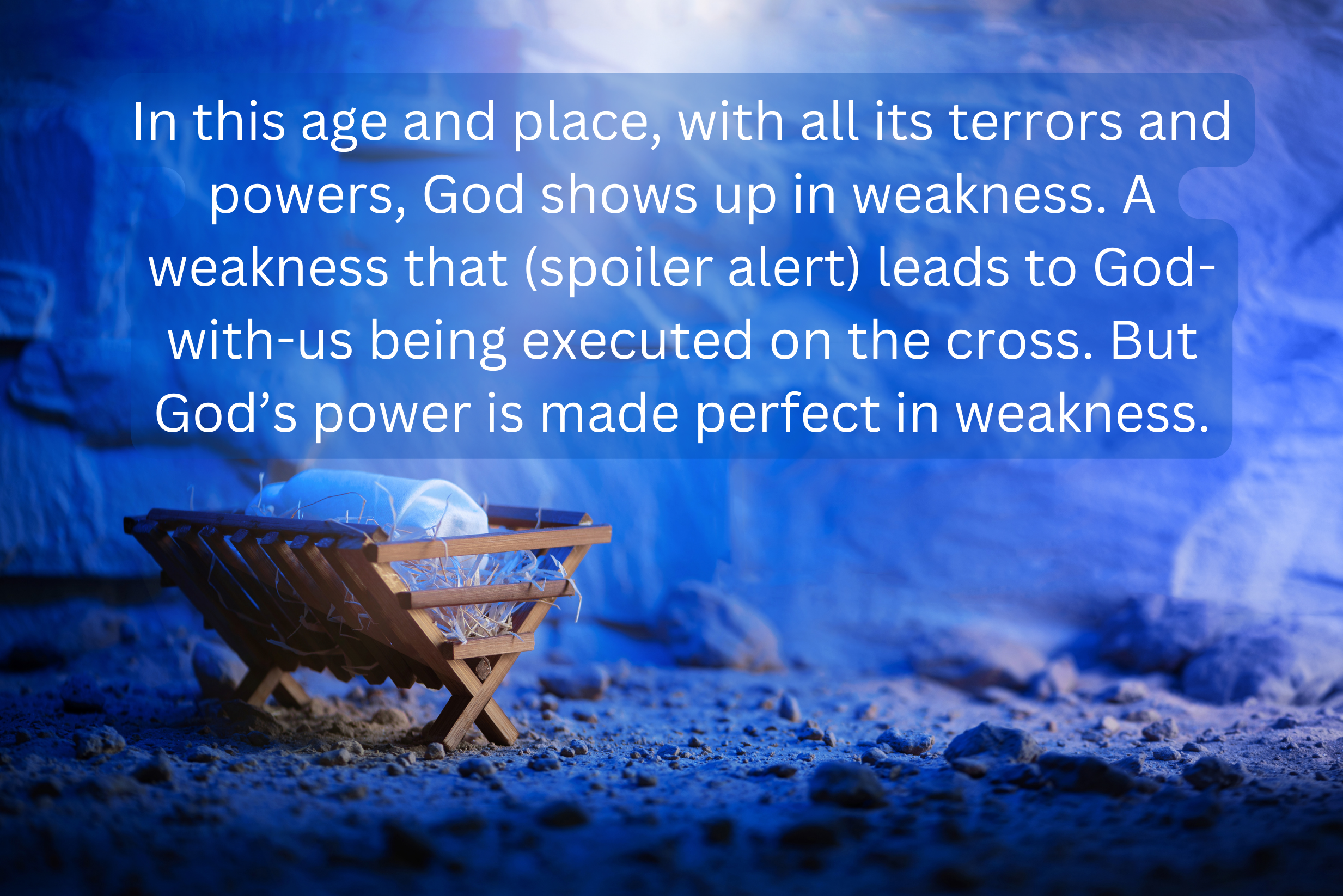 This promised child who is born to a disgraced mother is God-with-us, more scandalous still. In this age and place, with all its terrors and powers, God shows up in weakness. A weakness that (spoiler alert) leads to God-with-us being executed on the cross. But God’s power is made perfect in weakness. The power of this age has no power over God’s weakness; even death cannot win. God in Christ ushers in the new age, where faith invites those who have encountered this transformative death and resurrection to experience life in a new age—a life that the powers of this world can never touch. All this is given by God’s goodness, not out of any deserving. Even one such as Ahaz is offered the sign of God-with-us.

Those freed by God-with-us are no longer captive to nihilism. The powers of the old age are not ultimate. There is something better, more powerful, something that is truly good. Even death fails to end this life of the age. Yes, evil rages, even so there is hope.

How would Ahaz have responded if he had known the embodiment of this hope? I cannot say. He would have known freedom, not least of which is freedom from ultimate dread. This is true of us too, who have been freed from ultimate fear. We are freed to love, to serve, to regard both friends and enemies, because nothing in all creation can separate us from God who is with us.