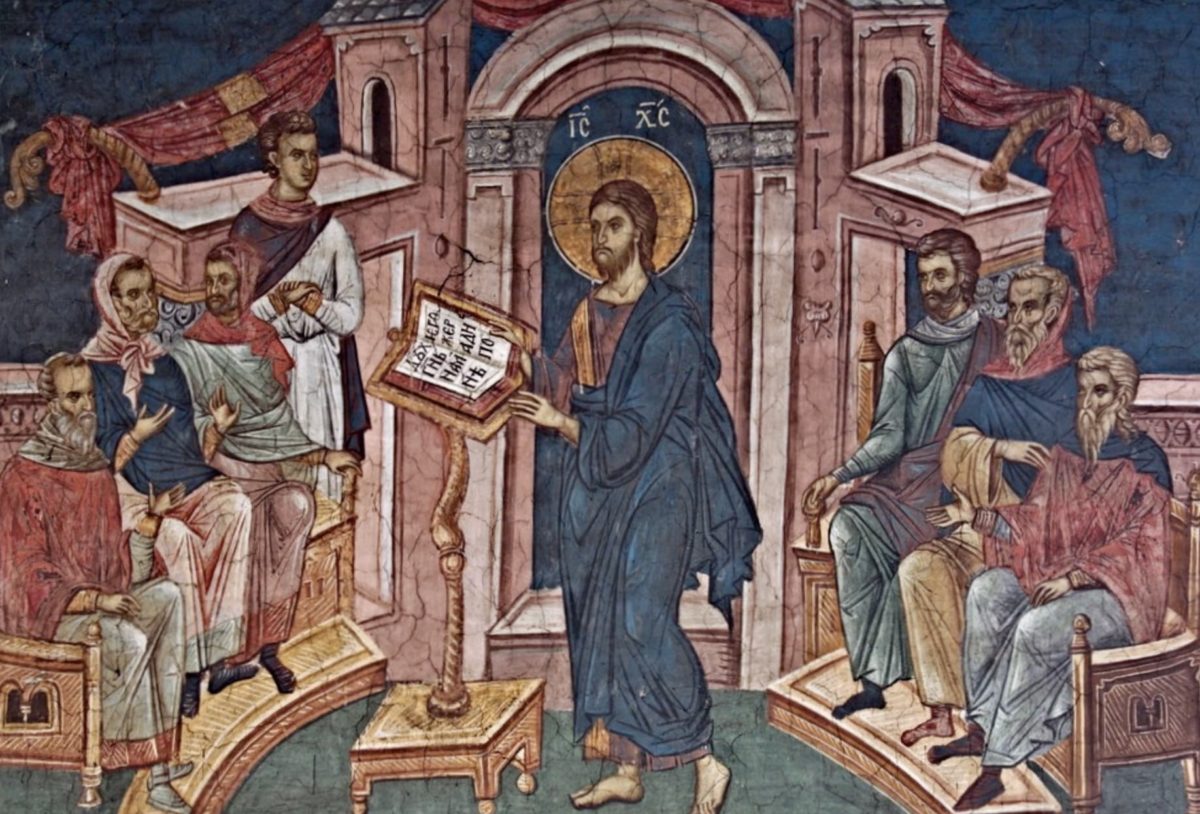 21 Then he began to say to them, “Today this scripture has been fulfilled in your hearing.” 22 All spoke well of him and were amazed at the gracious words that came from his mouth. They said, “Is not this Joseph’s son?” 23 He said to them, “Doubtless you will quote to me this proverb, ‘Doctor, cure yourself!’ And you will say, ‘Do here also in your hometown the things that we have heard you did at Capernaum.’” 24 And he said, “Truly I tell you, no prophet is accepted in the prophet’s hometown. 25 But the truth is, there were many widows in Israel in the time of Elijah, when the heaven was shut up three years and six months, and there was a severe famine over all the land; 26 yet Elijah was sent to none of them except to a widow at Zarephath in Sidon. 27 There were also many lepers in Israel in the time of the prophet Elisha, and none of them was cleansed except Naaman the Syrian.” 28 When they heard this, all in the synagogue were filled with rage. 29 They got up, drove him out of the town, and led him to the brow of the hill on which their town was built, so that they might hurl him off the cliff. 30 But he passed through the midst of them and went on his way. 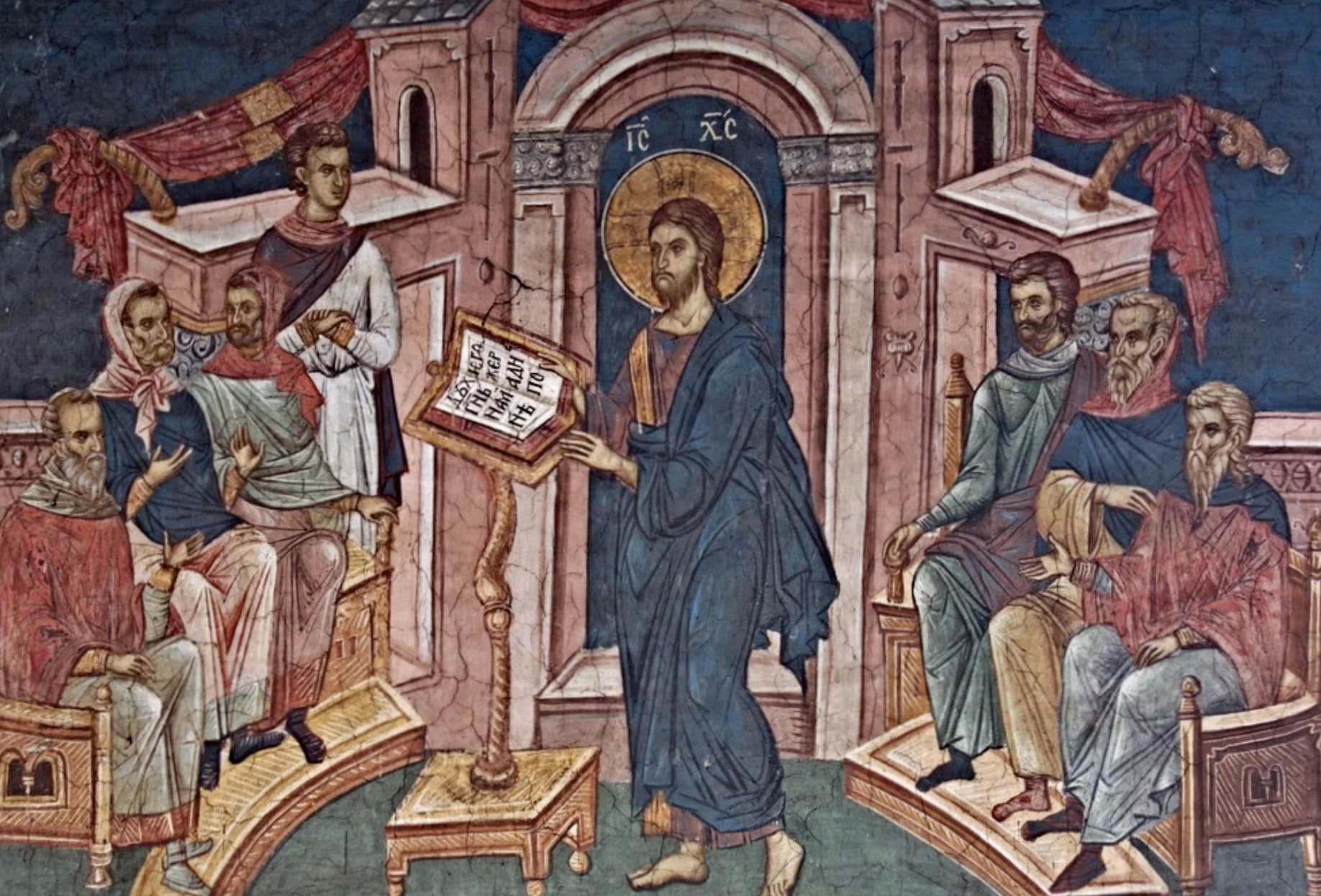 Jesus feeds our hunger and thirst with his same body and blood, for our forgiveness. In this, we taste an overwhelming generosity that frees us from the oppression of entitlement and self-righteousness, so that we could know there really is such a thing as a pure gift in this tired world.

DIAGNOSIS: Expecting Everything but Receiving Nothing

Grounding – Everything was going so well. Jesus reads an extraordinarily favorable passage from the Isaiah scroll. God promises good news for the poor, release for the captives, sight to the blind, and freedom for the oppressed. The audience “speaks well” of him and is correspondingly “amazed” (THAUMAZO). It’s not surprising that Jesus anticipates their demand to “do here also in your hometown the things that we have heard you did (to those Gentiles?) at Capernaum” (v. 23). But then Jesus has the audacity to speak of Elijah and Elisha foregoing Israel’s need in order to aid its enemies. The suspense is over—there will be no miracles or signs here. The audience fills with “rage” (v. 29), and before Jesus can say another word, they herd him to the edge of a cliff, presumably to throw him to his death. Though, Jesus miraculously escapes.

Tracking – We’re pretty decisive when folks fall short of our expectations. It happens all the time with politics. We have a long memory for everything that candidates pledged along the way, and we don’t hesitate to call them out when they deviate, even when problems are more complex than anyone realized. It happens with celebrities too. We’re quick to “cancel” them for words or deeds that offend us. On the one hand, there’s the matter of preventing further harm, but on the other hand, erasure doesn’t leave much room for repentance or reconciliation. Who has time for that?

Grounding – Where does the rage come from? Could the congregation have been so prejudiced against Capernaum that the mere thought of Jesus serving there would be anathema? Perhaps to some. But the passage is also very intentional that this is not just any little town, but Jesus’ hometown. And while Matthew 13:54-58 and Mark 6:1-6 suggest that the audience resents Jesus’ audacity to presume to lecture them, Luke inverts this idea, and depicts the audience as fully delighted by Jesus’ fulfillment claim. So, perhaps there could be some jealousy undergirding their rage, that Jesus would squander his power elsewhere and deprive them. Except, they’re not desperate for what they think Jesus can give them. They do not plead with him, or appeal to some kind of loyalty. They certainly do not repent, even after Jesus invokes the supreme call to repentance that is Elijah’s story. Rather, they jump to a murderous sense of entitlement, feeling betrayed—as if Jesus owes them something, and they expect restitution.

Tracking – How often does our deep-seated sense of entitlement express itself, consciously or subconsciously? We’re frustrated when faith doesn’t seem to banish our suffering and dissipate our worries, because God is supposed to be “good” all the time (and we all have strong opinions about what “good” means). We resent when folks don’t appreciate our “good” deeds, because we meant well. Granted, we may not feel on the verge of rage, though we’re really good at bottling up resentment, and everyone indeed has a “last straw” if we’re pushed hard enough.

Grounding – It is odd that Jesus suggests that Elijah and Elisha disregard their own people of Israel. If God had not sent Elijah away, Jezebel would have killed him like so many other prophets of the Lord (1 Kings 18:4). And when Israel’s king tore his clothes lamenting that Naaman had been sent as a ruse for Aram to launch another attack, did not Elisha relieve him of his fear,  (2 Kings 5:7)? These are not stories of betrayal or neglect, but promise. Except, in the congregation’s captivity to entitlement (self-righteousness), everything seems as betrayal and undeserved neglect, not just from Jesus, but from God. Hence, Jesus is not fabricating or twisting words of scripture, but merely exposing what has taken root in the hearts of the congregation. So, for Jesus to suggest that he (God) owes them nothing, becomes Jesus’ crucifiable offense in their minds. Worse, this is also a fatal word for them, as Jesus leaves them behind.

Tracking – God ignores our entitlement, so we resort to the only thing we are practiced at doing—manipulating God like we manipulate everyone else. We praise God as a bribe to win God’s affections. We publicize our good deeds in a quid pro quo move. We reach to doctrine to obligate God to some kind of predictability. Yet, we still end up feeling like God is untrustworthy and full of empty promises. And without our trust, God has nothing left to offer us. 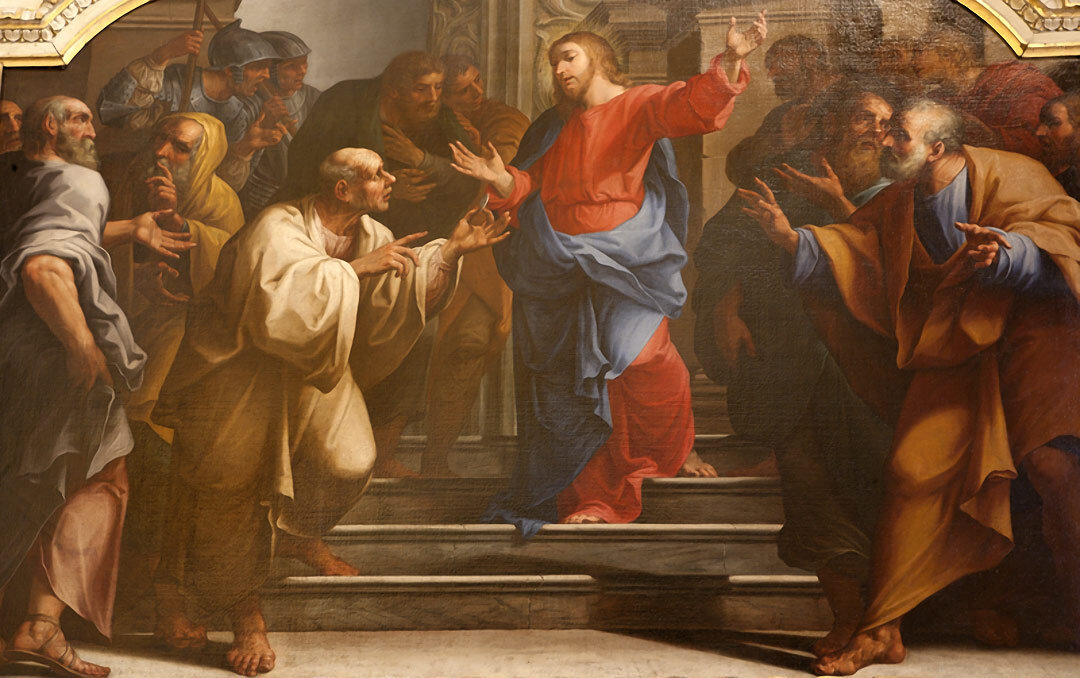 PROGNOSIS: Expecting Nothing but Receiving Everything

Grounding – Ultimately, Jesus leaves everyone behind. He goes to Jerusalem, and the authorities succeed where Nazareth failed—by convicting and crucifying him before the eyes of his own people. Despite this, a lone Roman centurion, who had surely witnessed many other crucifixions, saw something unexpected and entirely different. “He praised God and said, ‘Certainly this man was innocent'” (23:47). And he was right. Indeed, after three days, Jesus rises in the glory of his resurrection. Of course, we cannot know precisely what the centurion thought, but it should remind us of Elijah’s miracles with the Zarephath widow, or Elisha healing Naaman the Aramean—signifying something that would not just be for the sake of the chosen few, but for the sake of the whole world.

Crossing – Jesus gives us everything, even his own life, because not even death will stop him from giving his undeserved and unconditional word of forgiveness to the whole world, and especially to a bunch of entitled sinners like us.

Grounding – If only the Nazareth congregation had been open to the possibility that the stories of Elijah and Elisha were a reminder of God’s abundant faithfulness. God grants Elijah to miraculously feed a starving Gentile window and her son, then sends Elijah back to Israel with rain to feed the crops of a starving people and to draw repentance out of them (1 Kings 18:39). Elisha heals Naaman, the Aramean army’s commander and Israel’s clear foe, who then miraculously comes to faith in the God of Israel, and is overcome with gratitude to Elijah and treats Israel generously (2 Kings 5:15). Nevertheless, Jesus goes so far as to give his own body and blood (Luke 22:14-23) for the forgiveness of sins (Matt 26:28).

Crossing – Jesus also feeds our hunger and thirst with his same body and blood, for our forgiveness. In this, we taste an overwhelming generosity that frees us from the oppression of entitlement and self-righteousness, so that we could know there really is such a thing as a pure gift in this tired world. And we give thanks for this undeserved grace, because we know that nothing can separate us from the love of God.

Grounding – All that Jesus accomplished be for Nazareth’s sake as well. Indeed, when the apostles proclaim the gospel after Jesus’ ascension, they perform miraculous deeds “in the name of Jesus of Nazareth” (Acts 3:6). And by their proclamation, Jesus’ word spreads and creates beloved communities of joyful sharing and unbounded generosity (Acts 2:43-47).

Crossing – Unbound from the weight of expectations and entitlement (release for the captives), we begin to notice Jesus drawing us into community as well. Despite our differences, we witness civility and even kindness from unexpected people (sight to the blind). We no longer feel the need to compete with each other, but rather rejoice that we can share all of God’s generous gifts (good news for the poor). We give thanks for second chances and new possibilities for reconciliation and change (freedom for the oppressed)—even when it involves politicians and celebrities. We trust, as Jesus says, that “Today this scripture has been fulfilled in your hearing.” Thanks be to God!