Seeing God in Christ and Our Neighbor

1So if you have been raised with Christ, seek the things that are above, where Christ is, seated at the right hand of God. 2Set your minds on things that are above, not on things that are on earth, 3for you have died, and your life is hidden with Christ in God. 4When Christ who is your life is revealed, then you also will be revealed with him in glory.
5Put to death, therefore, whatever in you is earthly: fornication, impurity, passion, evil desire, and greed (which is idolatry). 6On account of these the wrath of God is coming on those who are disobedient. 7These are the ways you also once followed, when you were living that life. 8But now you must get rid of all such things—anger, wrath, malice, slander, and abusive language from your mouth. 9Do not lie to one another, seeing that you have stripped off the old self with its practices 10and have clothed yourselves with the new self, which is being renewed in knowledge according to the image of its creator. 11In that renewal there is no longer Greek and Jew, circumcised and uncircumcised, barbarian, Scythian, slave and free; but Christ is all and in all! 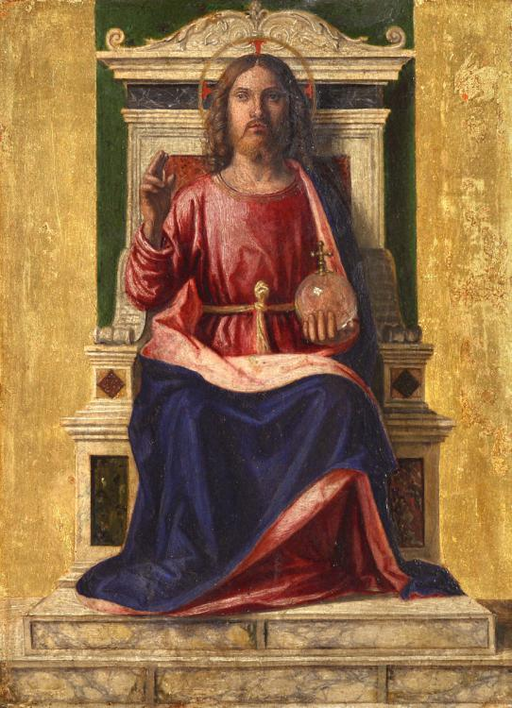 At Jesus’ crucifixion, God was also hidden. The cross hid God from us. And yet, Jesus’ death, followed by resurrection, revealed God to us as nothing else could. It turned out that God came out of hiding for all people in Jesus crucified, died, and raised.

DIAGNOSIS: Looking but Not Finding God

The recent images captured by the Webb telescope are truly remarkable. The vastness of the universe is breathtaking. Awe and wonder grip us as we gaze at galaxy upon galaxy, beyond what we could have ever imagined or comprehended. We pause for a moment from our looking down to look up.

“What are human beings that you are mindful of them, mortals that you care for them?” the psalmist cries out to God (Psalm 8:4). The cosmic order we glimpse through this most far-reaching telescope certainly confirms our smallness. We don’t look down on the universe. Perhaps the universe looks down on us. Or perhaps the cosmos—in all its mystery, vastness, and grandeur—doesn’t care one way or the other. After all, whether we look down on ourselves and others, whether we treat ourselves and others with “anger, wrath, malice, slander, and abusive language” (v. 8), we don’t alter our place in the universe as glimpsed through the most powerful telescope to date. The universe goes on, with or without us.

There may not be any obvious cosmic consequences as to whether our planet is here today and gone tomorrow, or as to whether we look down on ourselves and others, and treat each other in ways that God disapproves of, according to Colossians. Nevertheless, there are consequences as far as God is concerned. Unlike the universe—or the cosmos itself, God is personal. God sees, more clearly than any of us, the consequences of our looking down on and not caring for what God has created.

The consequences of our “thoughts, words, and deeds,” and of “what we have done and left undone,” separate us from God and destroy the creation. We work against God rather than with God. The creation to which we belong is not in harmony: all is not well. On our own we cannot see “where Christ is, seated at the right hand of God” (v. 1). Indeed, God remains hidden from us even as we, for the first time, see innumerable galaxies within the vastness of all creation. 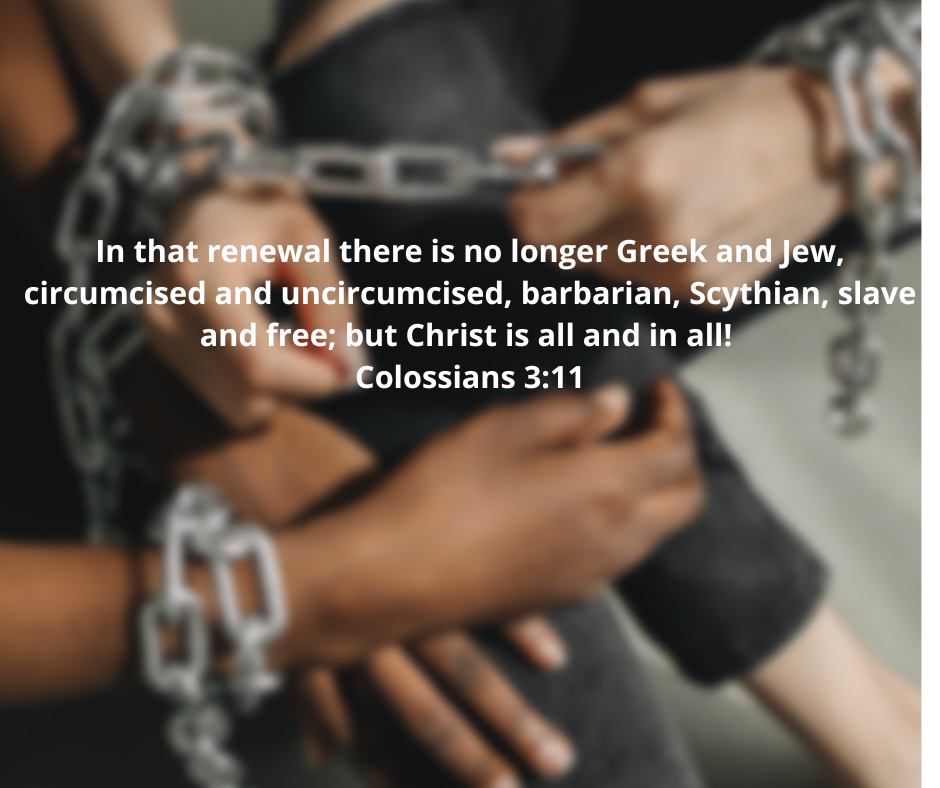 Photo by Polina Tankilevitch found on Pexels and edited with Canva

PROGNOSIS: In Christ, God Shows Up for All People

At Jesus’ crucifixion, God was also hidden. The cross hid God from us. And yet, Jesus’ death, followed by resurrection, revealed God to us as nothing else could. It turned out that God came out of hiding for all people in Jesus crucified, died, and raised. We just couldn’t see God in the death and outpouring of Christ’s life for others until after the resurrection.

Even though we are dethroned by such a vast, mysterious, impersonal, though ultimately incomprehensible (to us) universe—the existence of which in no way depends on whether we are here or not—we nevertheless die and rise with Christ. Christ knows us personally as no one else does, and only he would have us raised with him in glory.

Rather than look down on ourselves and other people, we look to Christ instead. Although we realize how small and how insignificant we are in the vastness of space, we can still trust and hope in Christ. Amid all that there is, including galaxy upon galaxy, still, we believe that “Christ who is our life is revealed” (v. 4). We trust his promise that we “also will be revealed with him in glory” (v. 4).

Wherever Christ is, there the renewal of the self happens. And Colossians assures us that “Christ is all in all!” (v. 11). “In that renewal there is no longer Greek and Jew, circumcised and uncircumcised, barbarian, Scythian, slave and free…” (v. 11). The ways in which we rank ourselves above or beneath others in the cosmic order no longer apply.

The “anger, wrath, malice, slander, and abusive language from our mouth” as well as the lies (vv. 8-9) depart from us because we encounter Christ in our neighbors. We therefore listen, respect, serve, and encourage our neighbors. We desire to grow in the truth of the knowledge that we all bear the image of our Creator. Christ is all in all, after all; this promise lifts everyone up.