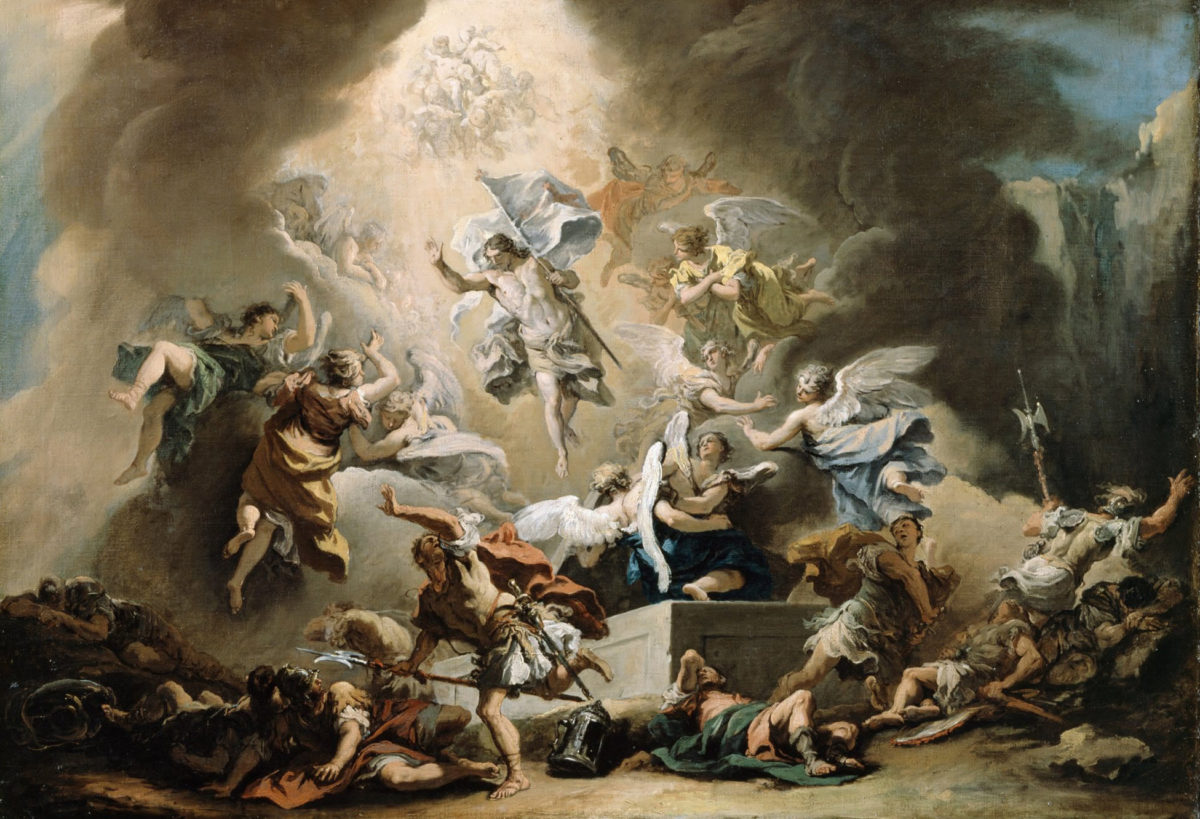 Out of the Box

Early on the first day of the week, while it was still dark, Mary Magdalene came to the tomb and saw that the stone had been removed from the tomb. 2 So she ran and went to Simon Peter and the other disciple, the one whom Jesus loved, and said to them, “They have taken the Lord out of the tomb, and we do not know where they have laid him.” 3 Then Peter and the other disciple set out and went toward the tomb. 4 The two were running together, but the other disciple outran Peter and reached the tomb first. 5 He bent down to look in and saw the linen wrappings lying there, but he did not go in. 6 Then Simon Peter came, following him, and went into the tomb. He saw the linen wrappings lying there, 7 and the cloth that had been on Jesus’ head, not lying with the linen wrappings but rolled up in a place by itself. 8 Then the other disciple, who reached the tomb first, also went in, and he saw and believed; 9 for as yet they did not understand the scripture, that he must rise from the dead. 10 Then the disciples returned to their homes.

11 But Mary stood weeping outside the tomb. As she wept, she bent over to look into the tomb; 12 and she saw two angels in white, sitting where the body of Jesus had been lying, one at the head and the other at the feet. 13 They said to her, “Woman, why are you weeping?” She said to them, “They have taken away my Lord, and I do not know where they have laid him.” 14 When she had said this, she turned around and saw Jesus standing there, but she did not know that it was Jesus. 15 Jesus said to her, “Woman, why are you weeping? Whom are you looking for?” Supposing him to be the gardener, she said to him, “Sir, if you have carried him away, tell me where you have laid him, and I will take him away.” 16 Jesus said to her, “Mary!” She turned and said to him in Hebrew, “Rabbouni!” (which means Teacher). 17 Jesus said to her, “Do not hold on to me, because I have not yet ascended to the Father. But go to my brothers and say to them, ‘I am ascending to my Father and your Father, to my God and your God.’” 18 Mary Magdalene went and announced to the disciples, “I have seen the Lord”; and she told them that he had said these things to her.

Author’s Note: See also for another take of mine on this pericope. 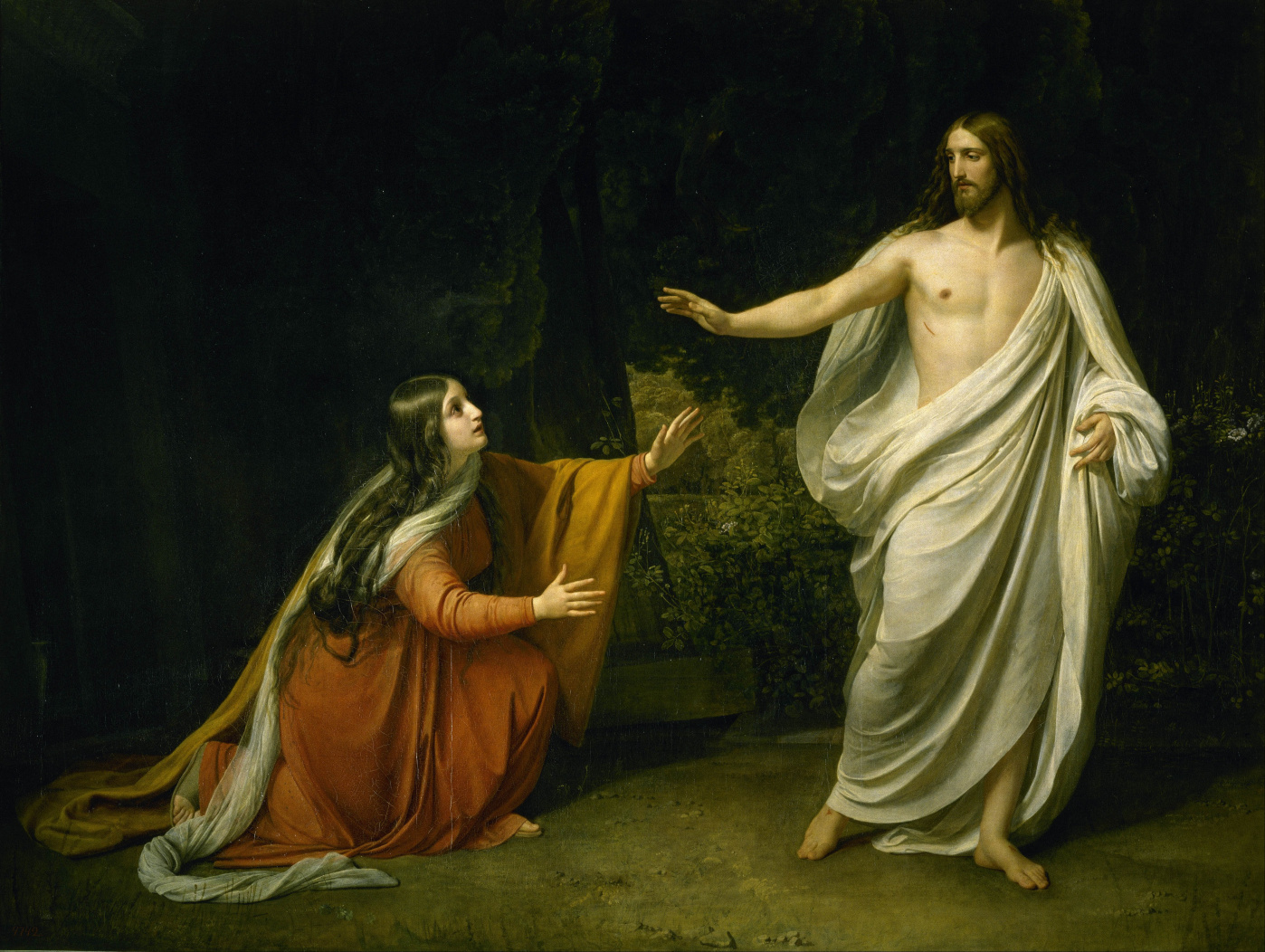 Confronted by Jesus’ opened tomb, Mary is caught off guard. Her mind scrambles to fill in the blanks and draws the only conclusion possible (so she thinks): “They” have taken Jesus’ body out of the tomb. The two disciples she reports this to are likewise caught off guard, and they run to investigate her unbelievable report.

None of them understands, or believes, that Jesus was “bound to” (δεῖ) rise from the dead. What they believe, what they indeed trust, is the finality of death. Jesus died. There was no doubt about that. They saw it with their own eyes. And they knew that there’s no coming back from that. This is what John means by saying that the disciples “believed” when they saw the empty tomb and the discarded wrappings. What they believed was Mary’s hasty, false report, that “they” have taken him. (With very great respect to Mary, who is rightly called the first evangelist—see Step 6 below—her first attempt was in fact “fake news” that wasn’t good.)

The disciples go back home, to shut themselves in behind locked doors (see v. 19). Mary remains in the cemetery with the dead. None of them knows what else to do. They are overcome by fear and grief. They have boxed themselves into a hopeless reality in which they are as good as dead and buried themselves. 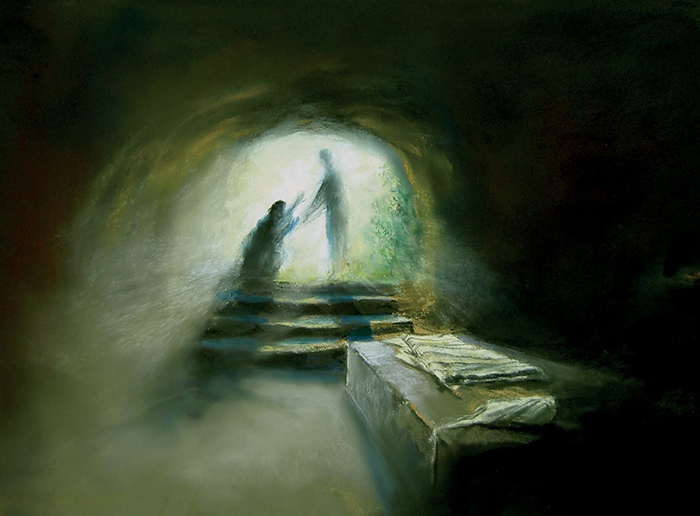 But into the darkness of death has come the light of life (see John 1:4-5). Jesus is alive, against all odds and expectations. He was bound to rise from the dead. The darkness did not overcome him. And by the light of this first Easter morning we see a box, with angels at its head and foot. Now where have we seen that before? Oh, right. The ark! The focal point of God’s presence among God’s people before the Babylonian conquest. But here it is now, an empty box, whose angels have no message to proclaim (see Exodus 25:22), only a pointed question to ask. We will have to seek God elsewhere.

Mary turns around and almost literally bumps into him—out of the box. It’s Jesus, but she doesn’t realize it yet. Was it her tears obscuring her vision? Or was it her certainty in that first (false) message she proclaimed? Even his voice does not bring recognition at first. Not until he speaks her name does she see him for who he is. But then, in that instant, faith takes hold. No longer bound by death, now she is gripped by life. She can’t hold him; he holds her.

Having encountered the risen Christ, she is bound to act and to speak. “I have seen the Lord!” she announces to others. God has been made known to her in the Father’s only Son (see John 1:18). This time she has gotten the message right and become the first evangelist. Now she too is out of the box, liberated from her previous hasty assumptions and false certainties. Because her Lord lives, she lives also—abundantly, and with great purpose.