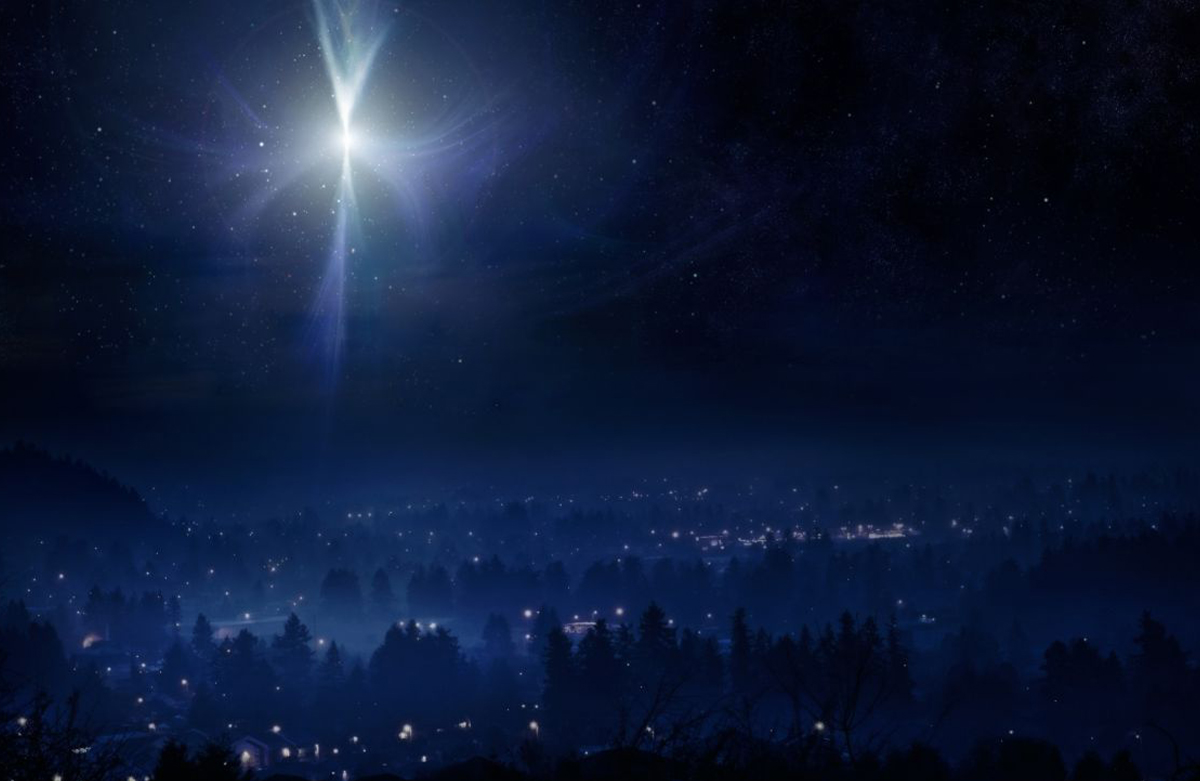 In the beginning was the Word, and the Word was with God, and the Word was God. 2He was in the beginning with God. 3All things came into being through him, and without him not one thing came into being. What has come into being 4in him was life, and the life was the light of all people. 5The light shines in the darkness, and the darkness did not overcome it._6There was a man sent from God, whose name was John. 7He came as a witness to testify to the light, so that all might believe through him. 8He himself was not the light, but he came to testify to the light. 9The true light, which enlightens everyone, was coming into the world._10He was in the world, and the world came into being through him; yet the world did not know him. 11He came to what was his own, and his own people did not accept him. 12But to all who received him, who believed in his name, he gave power to become children of God, 13who were born, not of blood or of the will of the flesh or of the will of man, but of God._14And the Word became flesh and lived among us, and we have seen his glory, the glory as of a father’s only son, full of grace and truth.

Author’s Note: This is a Christmas story about a chronic do-gooder, me, who discovers—all over again—the extravagance of Christmas. I’ve borrowed some images from Ed Schroeder’s thoughts on this text, which you can find HERE.

Three years ago, we moved into a new neighborhood right before Christmas, and I happily made little loaves of poppy seed bread to hand out to our new neighbors. Everyone was extremely appreciative, which made me beam. Golly, I felt SO GOOD about myself! Until I made my last delivery, that is: the couple responded saying, “And now Cathy….we have a gift for you!” It was a bottle of wine—and an expensive one at that! (I googled it.) Do you think I went home happy? Nope. I went home in a huff. How dare they? “How dare they,” I fumed, “give me a $25 bottle of wine in exchange for a 50-cent loaf of bread”! Don’t they know the rules? I felt like a schmuck.

Returning home, a flash of insight pierced my conscience, and I collapsed in remorse. Oh no, not again! When I begrudged my neighbors’ generous gift, I revealed how much I still love to justify myself. I had succumbed—hook, line, and sinker—to my Pharisee-heresy addiction! Despite all the great theology I’d benefitted from, despite recognizing and confessing my chronic do-gooder nature 35 years ago, I was back at it! I love the old tit-for-tat system. Deep down I want to earn what I get. I pondered this for a long time: Do I do this with God’s incarnation too? Do I insist on deserving God’s love and forgiveness? Do I begrudge God’s lavish generosity? Answer: Yes, and I can’t help myself. I love the Law. I breathe the Law. [To be continued under Step 5.]

The Gospel writer John knew all about my condition; he described it 2000 years ago in terms of darkness/death and light/life. I have a chronic condition: I insist on living under the Law. The prognosis for this is terminal. Those who live by the Law, die by it too. The Law demands standards of justice that are too high. No one, not even “good” people like me, can be good enough to meet the Law’s benchmark of perfection. John might diagnose my condition as seeking to be the source of my own life/light—like a lamp trying to plug into itself for power. What a ridiculous and impossible thing to insist on doing. By trying to be my own power source, I also remain disconnected from my true life/light source. In John’s paradigm, that means I’m not only disconnected, and powerless, but dead. 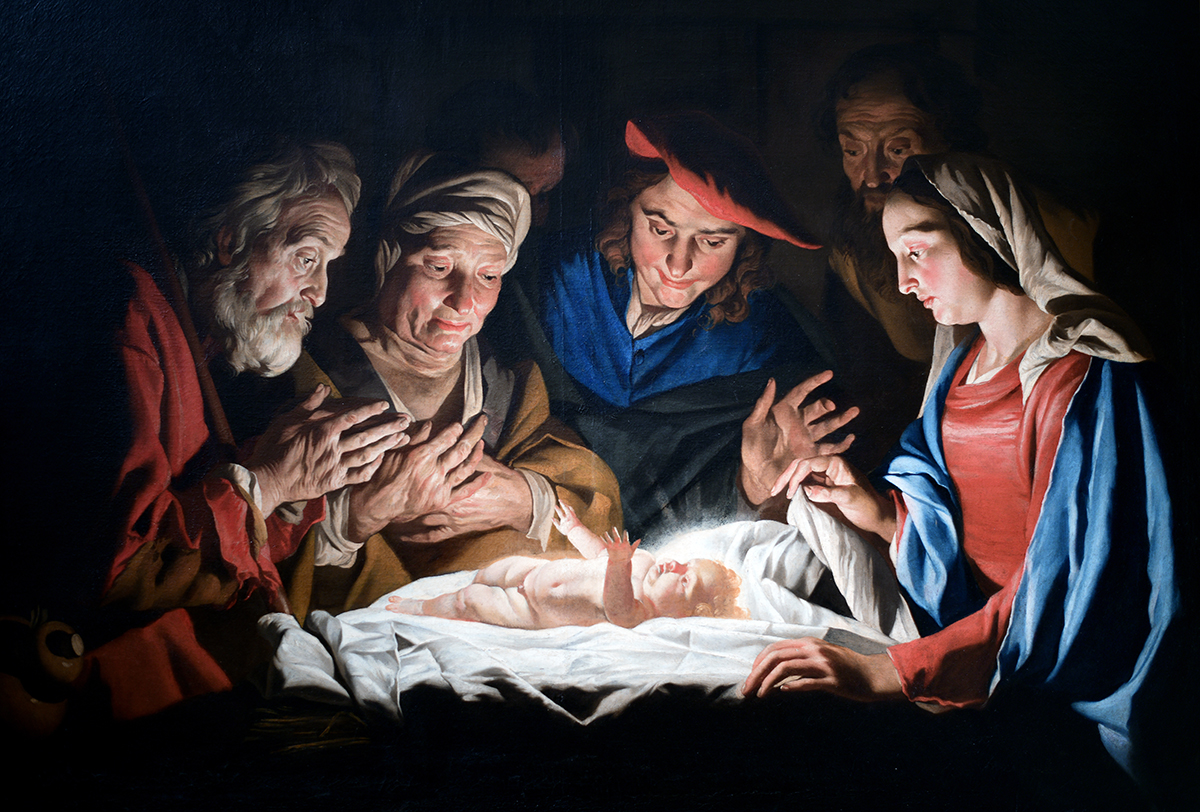 EXCEPT! Except God finds no joy in being disconnected from God’s own creation—us. Picture the Godhead holding a tactical meeting, discussing how to get reconnected to creation. Perhaps the conversation went like this: “Let’s try something different. This time, let’s write a different kind of Law on their hearts: the law of love.” It was a daring and perilous plan: Give light and life to the world, even if it snuffs us out.

(It takes reading John’s entire Gospel to unravel the entire plot. It goes something like this: The second person of the Trinity, a special agent through whom the universe came into existence—described as “the word” by John—enters creation, becoming a human who “dwells among us.” That beloved agent so completely identifies with human sinners that he experiences the cruelty of death—on a cross! The one who has the full power of God at his fingertips accepts the death-dealing rules and expectations that destroy us. Finally, he suffers the ultimate price of justice that the Law demands: death. The climax of the drama unfolds on Easter morning when Almighty God, not willing to allow darkness to permanently extinguish his light, raises his beloved One. Voila! The faithful One who was cut off from his power source is reconnected.)

As I pondered the all-powerful God surrendering his own light to reconnect us to light and life, I wept. Such incredible extravagance! How could I ever have expected to earn or deserve that? I wept tears of repentance, and then I sang, “Free at last, free at last”: free from having to be good. John might describe me as being transformed again into a beloved “child of God” (v. 13). I might say I was “plugged back in.” I also realized something else: Once the second member of the Trinity reconnected me, the up-to-now silent third member of the Trinity joined the venture by filling me up with light and life, empowering me to reflect what I’d received: mercy and forgiveness.

I forgave myself that day. I trusted that what God’s special agent had done, transformed me into a beloved child of God. That year I sang the Christmas hymns with great joy and celebrated the wondrous, extravagant gift we are all given. The next year, I made poppy seed bread and handed it out to my neighbors—not because I wanted to look good to them, but simply because I wanted to give them a gift. I don’t have to be good, I just get to be good. And when those same neighbors gave me another expensive bottle of wine, I uncorked it and thoroughly enjoyed drinking it with my husband. Generous gifts, after all, are meant to be relished.

For some reason, I remember this silly little incident every Christmas now. Maybe it’s because it reminds me of how tempting the darkness is, how stealthily it creeps back in. I always need to have the darkness exposed, and remember my true source of power: “the light of the world,” God’s special agent. (We usually call him Jesus.)