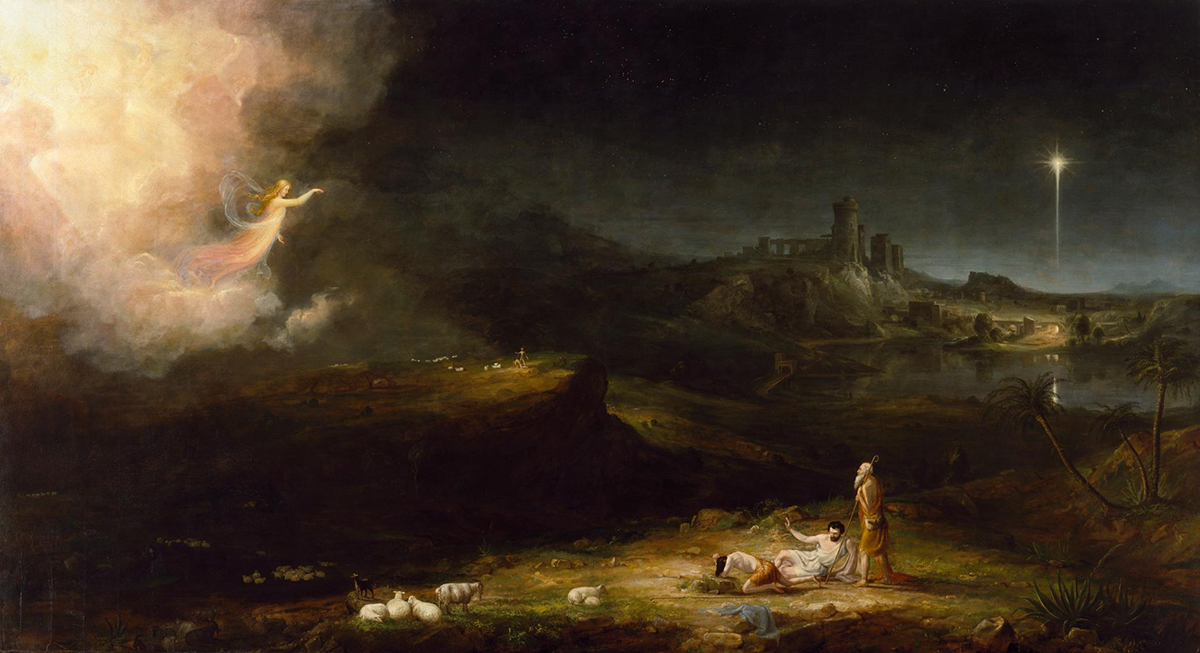 Messages Break and Make Us

2:8 In that region there were shepherds living in the fields, keeping watch over their flock by night. 9 Then an angel of the Lord stood before them, and the glory of the Lord shone around them, and they were terrified. 10 But the angel said to them, “Do not be afraid; for see–I am bringing you good news of great joy for all the people: 11 to you is born this day in the city of David a Savior, who is the Messiah, the Lord. 12 This will be a sign for you: you will find a child wrapped in bands of cloth and lying in a manger.” 13 And suddenly there was with the angel a multitude of the heavenly host, praising God and saying, 14 “Glory to God in the highest heaven, and on earth peace among those whom he favors!” 15 When the angels had left them and gone into heaven, the shepherds said to one another, “Let us go now to Bethlehem and see this thing that has taken place, which the Lord has made known to us.” 16 So they went with haste and found Mary and Joseph, and the child lying in the manger. 17 When they saw this, they made known what had been told them about this child; 18 and all who heard it were amazed at what the shepherds told them. 19 But Mary treasured all these words and pondered them in her heart. 20 The shepherds returned, glorifying and praising God for all they had heard and seen, as it had been told them.

DIAGNOSIS: Messages that Break Us

The word “message” used to be treated as a noun, but nowadays with the advent of iPhones it seems we use the word just as often in its verb form. We “message” each other constantly—via email, text, and social media. Here’s the truth: Whether we admit it or not, those messages control our lives: they make or break us. Think how carefully we count the number of “likes” we get on Facebook. Think how much it hurts to be “unfriended.” Messages cause us anxiety, stress, and yes, sorrow. (Remember the tragic story of a young adolescent who was so derided on Facebook that she took her friends’ “message” literally and killed herself?) No doubt those shepherds out in the fields of Palestine 2000 years ago had succumbed to messages they had received their whole lives too, namely, that they were next-to-worthless no-counts, bottom of the social order—useful only for tending sheep.

Messages break us because we fear their critique—and the implicit condemnation that accompanies them. We fear being judged, being considered less-than-acceptable. We fear that others will laugh, sneer, deride, degrade us—even in public! We fear not measuring up. We fear, because we inwardly sense, that our very selves are being evaluated and criticized. We fear being exposed as the imperfect people we know we are. It’s as if we have all internalized the same standard; and boy, is it high: Perfection.

But … could it be that these messages simply echo and confirm Almighty God’s own critique of us? Displeasure, disappointment, disapproval. And, even worse, might they be a foreshadow of “the big critique to come”? Which is what the shepherds must have surmised was happening to them that night when pitch dark turned into blazing light. YIKES! They had been exposed! Their “Final Accounting Day” (Judgment Day) had arrived. [See Matthew 10:28: “Do not be afraid of those who kill the body but cannot kill the soul. Rather, be afraid of the One who can destroy both soul and body in hell.”] Hence their reaction was completely appropriate. They were scared out of their wits: “sore afraid.” They were about to get what they knew they had coming, what they knew they deserved. Plain and simple, they were going to die—and it would be an execution.

PROGNOSIS: THE Message that Makes Us 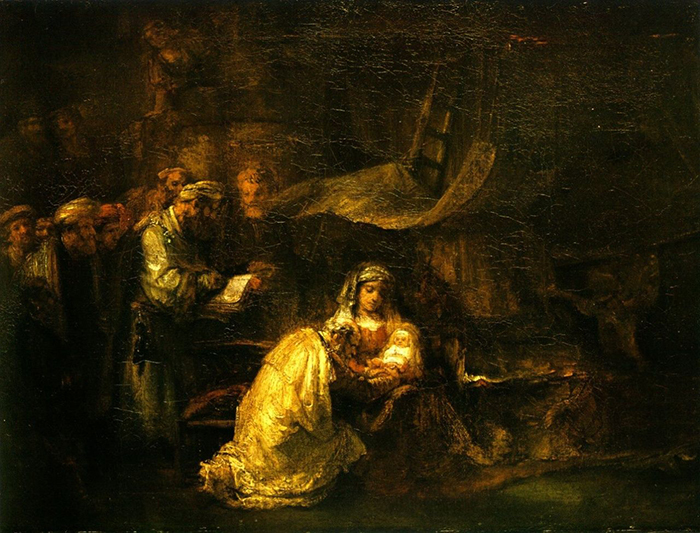 But hark! Listen to the surprising message those poor trembling shepherds heard: “Wait, wait, fear not—don’t be afraid!” And listen to the follow-up message! “Yup shepherds, you got it right: Almighty God HAS just arrived! But—woo-hoo and alleluia!—it’s not what you think! God has come to SAVE you! God is going to change your future and give you what you don’t deserve—life, eternal LIFE! Wow, talk about a message that “makes” a person!

So the shepherds went to see what Almighty-God’s arrival-in-the-flesh looked like, and what they saw was “a child wrapped in bands of cloth and lying in a manger.” Imagine that—a helpless baby! Later we know, that same child would be wrapped (shrouded) again in “bands of cloth” after dying on a wretched cross. Turns out that his execution—and God’s triumph over it (think Easter Morning)—reverse the death-sentence of every condemned sinner. This baby had come ultimately to “friend” us, and make his message about us public: Death and accounting don’t get the last word. Christ is born (and lives and dies and rises) for us!

Step 5: Advanced Prognosis (Internal Solution): This Message Changes Us All

This angelic message “messages” Almighty God’s incredible favor (love) for every human. It’s a message that “makes” us—gives us life. Messaged-ones can take that message to heart, that is, grasp how incredibly precious we are in the eyes of Almighty God, and begin to trust it! What a turnabout! From abject fear to bubbling joy!

When humans are relieved of fear, anxiety and stress levels will deflate exponentially. The shepherds picked up the angels’ song-message and began “glorifying and praising” God themselves, telling everyone “what had been told them about this child.” One way we might imagine they had changed is by becoming better shepherds—not just in the way they tended their sheep, but also by tending to their neighbors and the world around them. We too join the singing when we message the people around us that they are loved, that they are precious, that they have a certain and good future because of the baby born in a manger 2,000 years ago. We too get to bask in the glow of the angels’ message.