15 As the people were filled with expectation, and all were questioning in their hearts concerning John, whether he might be the Messiah, 16 John answered all of them by saying, “I baptize you with water; but one who is more powerful than I is coming; I am not worthy to untie the thong of his sandals. He will baptize you with the Holy Spirit and fire. 17 His winnowing fork is in his hand, to clear his threshing floor and to gather the wheat into his granary; but the chaff he will burn with unquenchable fire.”

21 Now when all the people were baptized, and when Jesus also had been baptized and was praying, the heaven was opened, 22 and the Holy Spirit descended upon him in bodily form like a dove. And a voice came from heaven, “You are my Son, the Beloved; with you I am well pleased.” 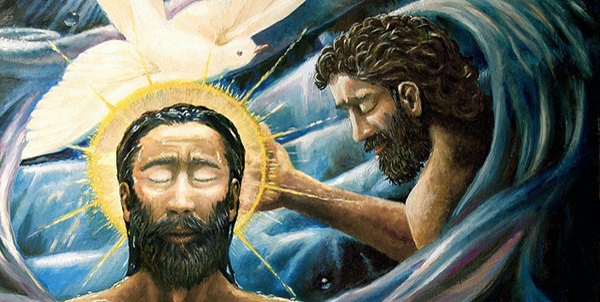 DIAGNOSIS: Swept Away by the Thresher

Luke introduces John the Baptist as a prophet (compare 3:1-2 to the introductions of the prophetic books in the Hebrew Testament, where prophets are raised up because power and prosperity barely hide the fact that Israel is careening into unfaith and consequent disaster). To whit, Palestinian life at this particular time in the Roman Empire doesn’t appear too dire. Say what you will about Herod the Great, but we can’t deny that his political savvy paved the way for a time of prosperity and liberty for these crowds, or that his ambitious public works reclaimed glory and prestige for Jerusalem, the Temple, and even Judaism itself. However, the glory of an institution always threatens to eclipse the glory of God. How often does the majority religion become indistinguishable from patriotism?

So, it seems reasonable to imagine such allegiances in the minds of John’s crowd. After all, they’ve come for a baptism of repentance, and are driven to reclaim some kind of distinction between good citizenship and faithful living. When you live in a melting pot like the Roman Empire, identity becomes a life-preserver against anonymity and erasure. For God’s chosen people, their call to be a light to the nations contends with the surpassing light of the Empire that absorbs everything in its orbit.

So, the crowds expect a messiah, a reformer to set the matter straight, and John seems to fit the bill. “Do not begin to say to yourselves, ‘We have Abraham as our ancestor’; for I tell you, God is able from these stones to raise up children to Abraham” (Lk 3:8). He might as well say, “I’m looking for real Jews and not seeing any.” Hence, it’s not surprising that his harsh message attracts a crowd desperate to set itself apart in faith, or that the people question whether John might be the messiah.

Step 2: Advanced Diagnosis (Internal Problem): We Thresh for Wheat But Find None

But John makes clear, “One who is more powerful than I is coming” with a winnowing fork in his hand. John points away from himself, toward a messiah who will come to the people on his threshing floor, to separate wheat from chaff. For the non-farmers among us (yours truly included), it may help to remember that the chaff is like nature’s little jail, a hard shell encasing and confining a tender seed inside. As we reflect upon our own lives, we know well the chaff that confines us. Deep down, we know we’re our own worst enemy, full of self-defeating behaviors and impulses that turn us away from God. So, we launch on so many self-improvement projects in an eager attempt to free ourselves and become everything we believe we were created to be. Yet, deep-down we each know full well the infinite reasons why we could never really qualify as “wheat”—the nagging memories and self-critical voices that play endlessly on repeat in our minds and keep us awake at night, feeling so very alone. At the end of the day, are we really sure there’s such a thing as wheat at all?

The problem with wheat is that it’s not self-aware. It doesn’t know the difference between its seed or husk. It just is what it is, until the fateful day of harvest, when the farmer reaps (rips) it from its soil, and threshes (crushes) it to separate seed from husk. Threshing is destructive and violent, and John has merely anticipated the coming harvest of the messiah, who will thresh both Israel and us, the collective people of God. But if John is right, and we’re so much like wheat, then how do we know what will be left of us once God has had God’s own way with us? All the things we cling to for meaning, our identities, our accomplishments, will be ripped away. The prospect is fearsome. Yet, as it reminds us of our suffering and loss, the things we might chalk up to the collateral damage of sin in a broken world, a thought nags: Will we ever know the difference between this and the messiah’s threshing floor?

PROGNOSIS: Swept Together by Jesus 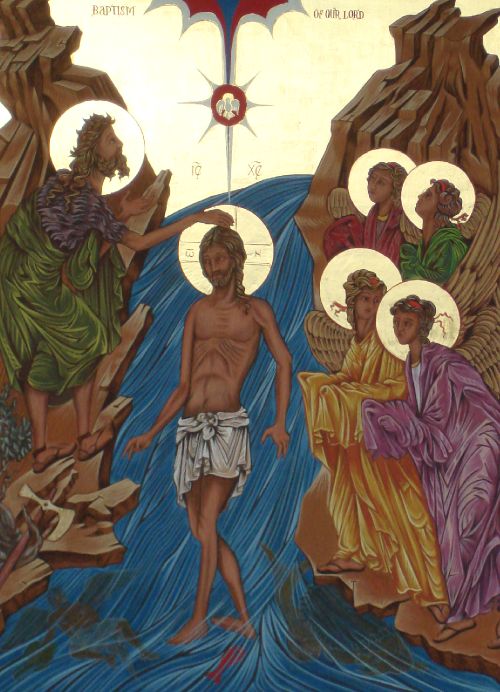 Luke refuses to conclude his gospel here, but goes on to proclaim the baptism of Jesus the Messiah, which makes all the difference for us. In Jesus’ baptism, the Holy Spirit descends upon him like a dove, and a voice from heaven declares “my Son, the Beloved, with you I am well pleased.” All the promises of the God of creation and life come to rest on this one, who knows exactly what it means to be crushed, by willingly going to the cross for us, to suffer and die. But not even this could undo him, for in three days he is raised from death to new life in his resurrected body, a living temple more glorious than any human institution could ever pretend to be. Into this, his living body, he has swept us by his winnowing fork, for he has already broken us free of all the chaff that ever confined us, and all by one little Word—“I forgive you all your sins.” All this comes to us unbidden and unexpected like wheat at the harvest and the reaping. So, let our old identities and accomplishments be damned, for we now know exactly who we are as the children of God.

As if this weren’t already more than enough for us, John prophesies, “He will baptize you with the Holy Spirit and fire.” Baptized in the water of Jesus’ own baptism, he washes us in his own Word in order to grant us the gift of his own faith. Defying all reason, we finally come to realize there is no loss or suffering that can ever keep him from entering into our lives and lifting us with him as the harvest of a new creation. This is a surpassing hope that can never be defeated, and we need that hope, because we still wrestle with the same self-defeating stuff as before. But we also know the promise of unconditional forgiveness, assuring us that none of it has the last word on us. Striving to achieve perfection isn’t what makes us wheat. Instead, we can even embrace our mishaps—probably not today or tomorrow, but soon and very soon.

Step 6: Final Prognosis (External Solution): God Sows Us Together in One Beloved Field

And for the sake of the world, we bear our scars for countless people who would otherwise suffer in isolation, feeling anonymous or erased. Perhaps they feel forgotten by society, but the Spirit has a strange way of drawing us to them just when we or they least expect it. This is the true beloved community, by no means a glorious institution, because we know citizenship and patriotism aren’t all they’re cracked up to be. Instead, it’s the kingdom of God become blessedly honest and real in our daily encounters with one another, and one by one we will all know the difference.