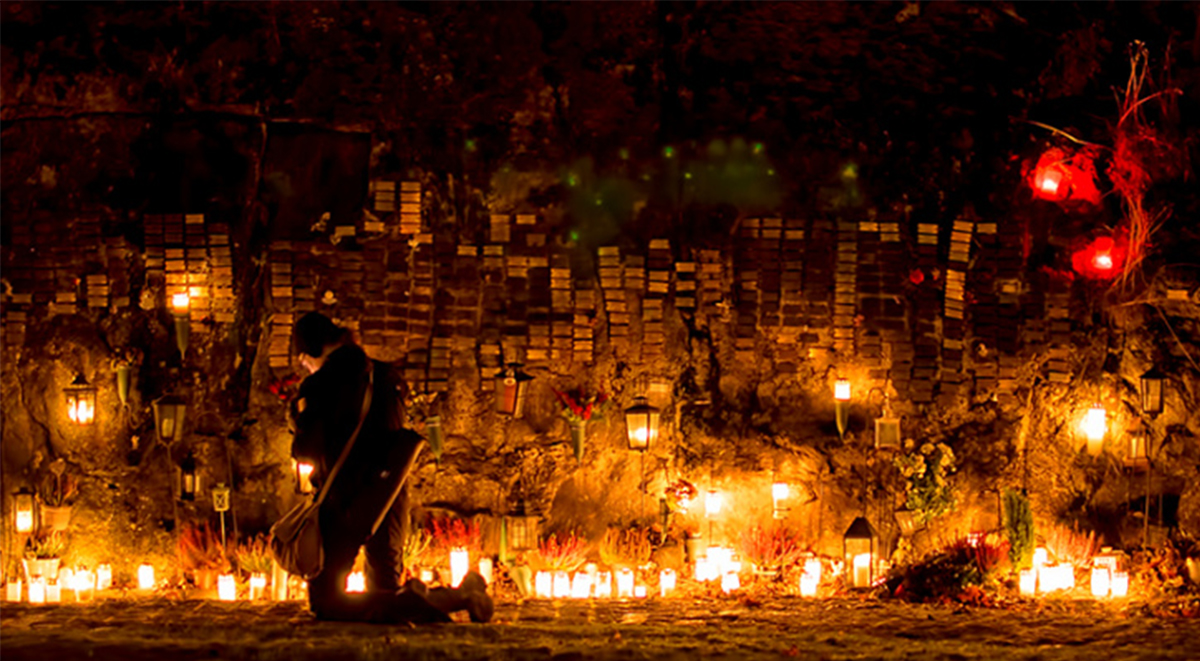 NOT NEGLECTED, BUT RAISED UP

32 When Mary came where Jesus was and saw him, she knelt at his feet and said to him, “Lord, if you had been here, my brother would not have died.”

33 When Jesus saw her weeping, and the Jews who came with her also weeping, he was greatly disturbed in spirit and deeply moved. 34 He said, “Where have you laid him?” They said to him, “Lord, come and see.” 35 Jesus began to weep. 36 So the Jews said, “See how he loved him!” 37 But some of them said, “Could not he who opened the eyes of the blind man have kept this man from dying?” 38 Then Jesus, again greatly disturbed, came to the tomb. It was a cave, and a stone was lying against it. 39 Jesus said, “Take away the stone.” Martha, the sister of the dead man, said to him, “Lord, already there is a stench because he has been dead four days.” 40 Jesus said to her, “Did I not tell you that if you believed, you would see the glory of God?” 41 So they took away the stone. And Jesus looked upward and said, “Father, I thank you for having heard me. 42 I knew that you always hear me, but I have said this for the sake of the crowd standing here, so that they may believe that you sent me.” 43 When he had said this, he cried with a loud voice, “Lazarus, come out!” 44 The dead man came out, his hands and feet bound with strips of cloth, and his face wrapped in a cloth. Jesus said to them, “Unbind him, and let him go.”

Grounding: Lazarus has died. Jesus arrives, and when he sees Mary and the others with her all overcome with grief and weeping, he begins to weep as well. This catches everyone’s attention, and some are moved by what must surely be Jesus’ deep affection for his friend. But, others bitterly wonder why Jesus failed to save Lazarus. He opened the eyes of a blind stranger (Jn 9:1-12), but he can’t bother to show up for his supposed “friend”? We don’t know whether Lazurus’ sisters Mary and Martha felt likewise, but it’s pretty telling that when they see Jesus, the very first thing out of both their mouths is identical. “Lord, if you had been here, my brother would not have died.” (11:21, 32) After all, they warned him days ago that “he whom you love is ill.” (11:3) But this was not enough to move Jesus – still he procrastinated. (11:6)

Tracking: Death never seems fair. Covid especially stymies us by who it kills (especially those who take every precaution) or leaves asymptomatic (especially those who carry on in denial), while we feverishly race against time for some little insight that might change the game. No wonder we lash out and place blame upon whatever target seems convenient. Often we place God in the crosshairs for not seeming to heed our “thoughts and prayers.”

Grounding: Jesus doesn’t seem to bring much comfort to Mary or Martha. Mary remains too traumatized to utter another word. Martha tells him, “But even now I know that God will give you whatever you ask of him.” (11:22) Except, this seems backhanded, more like theory than testimony. Jesus promises her, “Your brother will rise again.” (11:23) Sure, maybe “he will rise again in the resurrection on the last day” (11:24), but that doesn’t do much to assuage Martha’s grief in the here and now. They go to the tomb and Jesus asks for the stone to be taken away, but all Martha can say is that the stench is overwhelming. (11:39) It’s been four days, after all.

Tracking: Grief is powerful, and even though we hear Jesus’ promise of resurrection, sometimes this doesn’t feel like enough. We know our beloved isn’t coming back, and we’re desperate to fill the void they’ve left behind – to somehow keep them with us. Facebook seems to be popular for this by keeping accounts active after someone has died. Well-wishers can keep posting like nothing has changed. We get reminders to wish them well on their birthday, and we even get to feel guilty for not at least clicking the “Like” button like the rest of our mutual friends.

(*) – In a strange way, maybe it makes sense that Facebook just announced this week that they’re changing their name to “Meta” (“with”, “after”, “behind”).

Grounding: Nevertheless, Jesus prays to his Father (11:42) and cries with a loud voice, “Lazarus come out!”. (11:43) Out comes Lazarus, stench and all. (11:44) Mary and Martha are surely glad to have back their beloved brother, Jesus looks glorious (11:4), and many there come to believe in him. (11:45) All seems right with the world, though this will be short-lived. Some witnesses go and tell the temple authorities, who fear this growing cult of personality will bring down Rome’s deadly ire upon all of them. “From that day on they planned to put him to death.” (11:53) And not just Jesus, but Lazarus too (11:10), since “it was on account of him that many of the Jews were deserting and were believing in Jesus.” (12:11)

Tracking: So much for resurrection! Lazarus didn’t ask to be raised, and now because of Jesus, he’s marked to die. How is that fair? And what kind of target does Jesus place on our backs as well, when so often the name of Jesus feels like more of a threat than anything else? In the end, how do we know God’s not just using us like pawns in some kind of strange game that always ends the same way? We die.

Grounding: Jesus is crucified and dies. His enemies prevail, though this will be short-lived too, because in three days Jesus is raised from his tomb. When Mary Magdalene visits the tomb, she discovers the stone rolled away, and she is surprised to be greeted by none other than Jesus himself, in the glory of his resurrection. (20:16) Then, Jesus sends her back to the other disciples with astonishing good news – “I am ascending to my Father and your Father, to my God and your God.” (20:17) Surely this same word will come to Lazarus, Mary, and Martha as well.

Crossing: Jesus dies, rises, and ascends in order to reconcile us with God – giving everything he is and has so that we might belong to God forever, though no fault or merit of our own.

Grounding: At first glance, some of Jesus’ words and deeds seemed strangely self-centered. He purposed Lazarus’ illness “for God’s glory, so that the Son of God may be glorified through it” (11:4) and procrastinated even though he “loved Martha and her sister and Lazarus.” (11:5) Later, he interrogates Martha’s faith and says, “I am the resurrection and the life. Those who believe in me, even though they die, will live, and everyone who lives and believes in me will never die.” (11:25) At Lazarus’ tomb, he conspicuously prays “for the sake of the crowd standing here, so that they may believe that you sent me.” (11:42)

Crossing: Thankfully Jesus is so self-centered as to draw us to himself. He comes to us in the dark tomb we find ourselves, bids us come, and we can’t help but rise. And by his gift of faith, we recognize that because he binds our suffering and death to his own, the glory of his resurrection binds to us in return. This grants us a tangible and powerful hope, not just that suffering and death will never have the last word, but that Jesus even abides with us in it, without any procrastination or delay.

Grounding: Chances are, Lazarus doesn’t have any idea that he’s been marked for death for what Jesus has done to him. We don’t know if the authorities make good on their plans, but we do know that death will come one way or the other. Regardless, his sisters give a dinner (12:2) to celebrate with him, Jesus, and the rest of the disciples – even Judas the betrayer.

Crossing: Death will come for us too, but “tomorrow will bring worries of its own.” (Matt 6:34) Today we can rejoice with our neighbors, brought together by Jesus in his promise of life abundant. By this, we have much to share, even with our enemies, both known and unknown. Of course, some folks will question our judgment for inviting those who mean us harm. Jesus’ disciples think he’s a glutton for punishment – “[They] were just now trying to stone you, and are you going there again?” (11:8) But Jesus only has one thing to say to them and us – “Are there not twelve hours of daylight? Those who walk during the day do not stumble, because they see the light of this world.” (11:9) And this Light will be glorious.