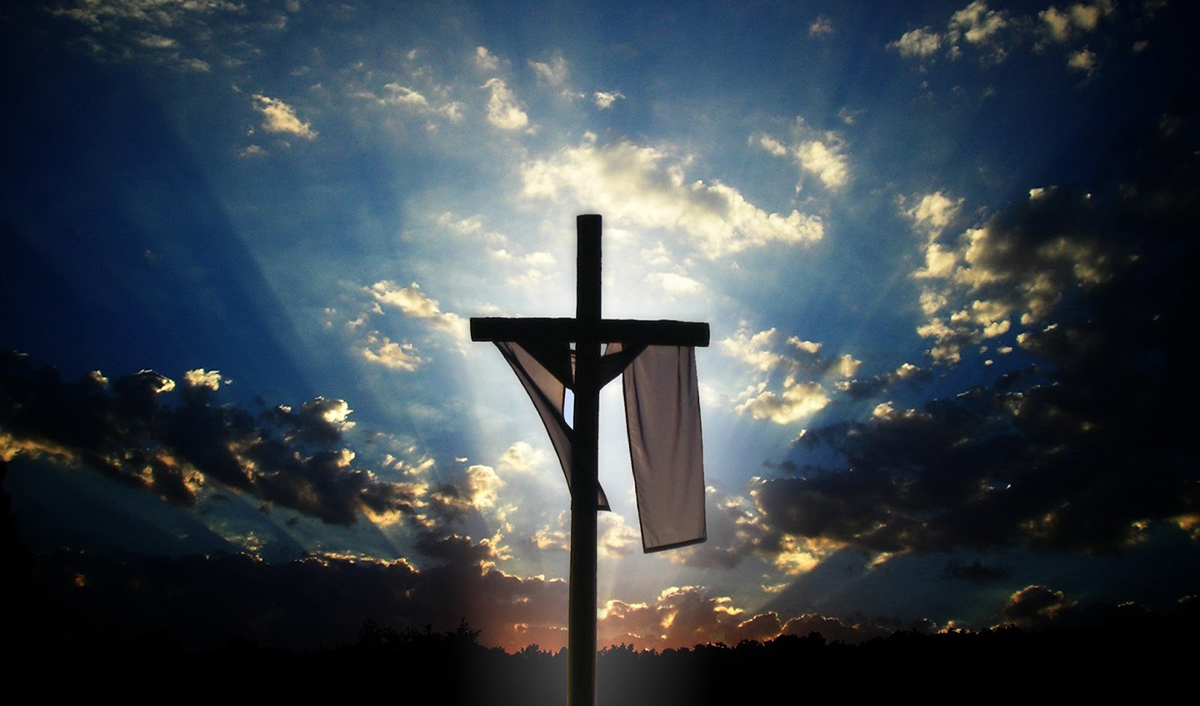 NO LONGER SECOND-CLASS CITIZENS, BUT CHILDREN OF GOD

1 After this Jesus went to the other side of the Sea of Galilee, also called the Sea of Tiberias. 2 A large crowd kept following him, because they saw the signs that he was doing for the sick. 3 Jesus went up the mountain and sat down there with his disciples. 4 Now the Passover, the festival of the Jews, was near. 5 When he looked up and saw a large crowd coming toward him, Jesus said to Philip, “Where are we to buy bread for these people to eat?” 6 He said this to test him, for he himself knew what he was going to do. 7 Philip answered him, “Six months’ wages would not buy enough bread for each of them to get a little.” 8 One of his disciples, Andrew, Simon Peter’s brother, said to him, 9 “There is a boy here who has five barley loaves and two fish. But what are they among so many people?” 10 Jesus said, “Make the people sit down.” Now there was a great deal of grass in the place; so they sat down, about five thousand in all. 11 Then Jesus took the loaves, and when he had given thanks, he distributed them to those who were seated; so also the fish, as much as they wanted. 12 When they were satisfied, he told his disciples, “Gather up the fragments left over, so that nothing may be lost.” 13 So they gathered them up, and from the fragments of the five barley loaves, left by those who had eaten, they filled twelve baskets. 14 When the people saw the sign that he had done, they began to say, “This is indeed the prophet who is to come into the world.”

15 When Jesus realized that they were about to come and take him by force to make him king, he withdrew again to the mountain by himself.

16 When evening came, his disciples went down to the sea, 17 got into a boat, and started across the sea to Capernaum. It was now dark, and Jesus had not yet come to them. 18 The sea became rough because a strong wind was blowing. 19 When they had rowed about three or four miles, they saw Jesus walking on the sea and coming near the boat, and they were terrified. 20 But he said to them, “It is I; do not be afraid.” 21 Then they wanted to take him into the boat, and immediately the boat reached the land toward which they were going. 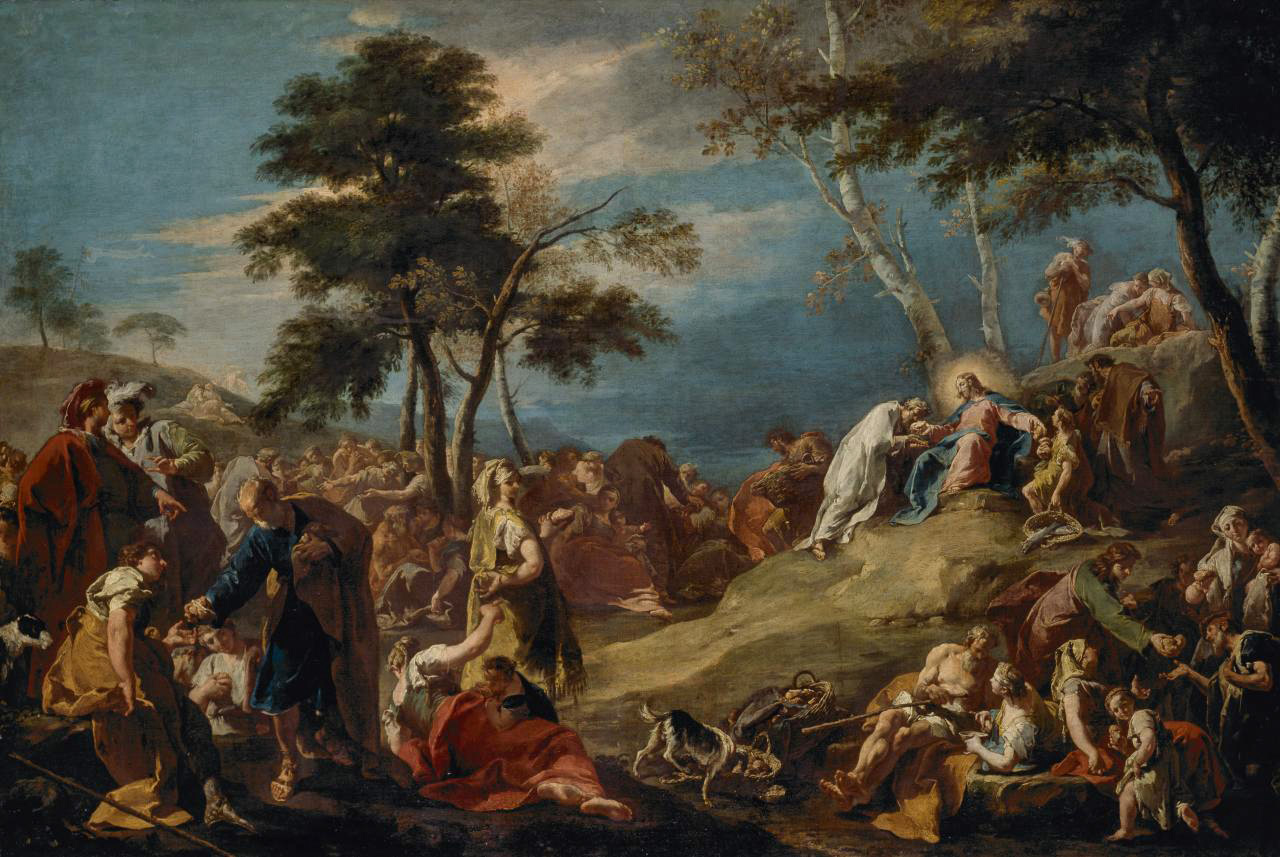 Jesus’ true miracle lies in how he inevitably brings us face-to-face with our enemies, who have names and lives and families just like us. Here, we can’t help but care. And then we break bread with each other—perhaps a meal, or conversation.

DIAGNOSIS: Pushed Down by Empire

Grounding: Judea wants a king—someone wise and powerful to lead a proper rebellion against Rome. Especially in Galilee, a hotbed of Jewish nationalism, folks are tired of second-class citizenship under Rome. So, Jesus appears as a rising star. “A large crowd kept following him, because they saw the signs that he was doing for the sick.” Though he and his disciples have crossed the sea and ascended to a high place, the tenacious crowd still manages to set upon them, looking to receive more of what Jesus has been dishing out. But this has been a long day, and they’re surely starving by now. Miraculously, or perhaps not so much (what can’t he do?), Jesus feeds everyone beyond their fill with just five loaves and two fish—”as much as they wanted,” with leftovers to boot. The crowd murmurs, “This is indeed the prophet who is to come into the world.” But, clearly, he’s more than a prophet, because he doesn’t just talk. He takes action. Just imagine what he could do from a throne! But just as they prepare to seize and crown Jesus, he strangely runs away.

Tracking: There’s much discord brewing, at least in the United States. We might debate whether things are escalating, or that we just hear about it more thanks to the Internet. We argue about what actually happened at the US Capitol on January 6, 2021. At the same time, eleven people were just arrested outside Boston, MA, following an overnight standoff between heavily-armed, self-professed militia members and police that shut down I-95 for hours. These militia members were headed to Maine for “training,” so it seems safe to say that there are some among us who are “mad as hell, and not going to take it anymore,” and that others will likely make themselves known. (*)

(*) For more details, refer to HERE

(*) And for the immortal quote, you can WATCH

Grounding: Granted, Rome hasn’t clamped down on religion in a while, but resentment and feelings of being exploited are simmering. These folks are tired of being disrespected and kept dependent by Rome. But, they see Jesus as someone with power to move heaven and earth to accomplish the unimaginable. With him in charge, what could they possibly need from Rome? Jesus seems like the embodiment of liberation for folks who are desperate to feel free. Inspired and sated beyond expectation, it seems clear that Jesus will make the perfect king because he can deliver more of the same.

Tracking: We seem to have a penchant for sensational, take-charge folks who are ready to “burn it all down” for the sake of a cause. Even if their direct actions fail, the fact that they tried at all seems enough to win over the hearts of folks hungry for change. Our grievances run deep when we’re convinced that the government is self-serving and only padding itself by taxation, or holding us hostage by endless filibustering and partisan brick walls. We grow desperate for rapid solutions and immediate answers.

Grounding: Jesus recognizes that the crowd has misunderstood what he has done. Sure, Jesus does what’s necessary to feed a hungry crowd. He knows it’s hard to hear good news on an empty stomach. But, by this gracious and generous giving, Jesus seeks to glorify his Father and to draw people’s hearts back to their Rock and Redeemer, the one who abides with them even in the midst of empire and who sets them apart as a light to the nations. Except, this isn’t what the crowd wants. They just want Jesus’ power. They have mistaken the sign for the thing. So Jesus hides away, but not for long. He’ll soon be put on public display from another high place—crucified on a cross as just another body exploited by the Empire and called a failure by some of these same folks.

Tracking: Heavy-handed authoritarianism (laws, policing, physical barriers, and the like) indeed invokes change. But how often does it come down upon the necks of the least of us? Often, this happens in complex ways that make gracious discussion hard or impossible (for example, the current war over critical race theory). Yet, who could prove that they are truly not complicit in the collateral damage that touches all of us? God will surely judge it.

PROGNOSIS: Lifted Up by Jesus

Grounding: The good news is that this is not just another exploited body, and he has not failed. This is Jesus, the Son of God, “who humbled himself and became obedient to the point of death—even death on a cross” (Phil. 2:8). Though he dies, after three days he is raised from death, overthrowing the real enemies at hand that exploit Judean and Roman alike—sin and death. But Jesus does not put down his enemies by force. Instead, he raises them and us up by the power of forgiveness and self-sacrificial love, because he does not “regard equality with God as something to be exploited” (Phil. 2:6).

Crossing: Jesus dies for our sake as well, his body cracked open for us like the loaves he broke for the crowd. Yet he also rises to forgive us so that we might be reconciled to God, and with each other.

Grounding: In Jesus, the crowd rightly sees someone with power to move heaven and earth to accomplish the unimaginable. He does it by feeding all who hunger, whether they realize it or not. He miraculously feeds the crowd to their fill, not just with a few loaves and fish, but with his Word, to make faith in their hearts. By this faith, they understand Jesus’ power for what it really is—a sign pointing to the kingdom of God breaking into the Empire from below, where the hopeless and the marginalized will finally know the dignity of being named as children of God.

Crossing: Jesus feeds us with his body and blood. By his holy meal, he gathers all of us at one table, where there is always room, regardless of our political leanings or any divisions. In fact, this sacrament is the only thing that truly unites us as one people into the body of Christ, formed in faith by the Holy Spirit. Through this faith, we witness signs of the in-breaking kingdom of God as hope and compassion are somehow wrestled out of us, despite how entrenched we might have been.

Grounding: No one is a second-class citizen in the kingdom of God, where there is abundance and grace for everyone to thrive. Jesus has given the crowd a taste of this, and plenty more for them to share with others (twelve baskets full!), who will taste the same life-giving joy of being children of God, who joyfully share with their neighbors in turn. No Empire can compete with this.

Crossing: Though we may still protest and demand change, at the end of the day this does not equate to changing hearts. There is no law that can force love. So, Jesus’ true miracle lies in how he inevitably brings us face-to-face with our enemies, who have names and lives and families just like us. Here, we can’t help but care. And then we break bread with each other—perhaps a meal, or conversation. When we run out of words, we might even silently abide with each other. Granted, there’s nothing revolutionary about these ordinary things. But, as Jesus shows us, ordinary things can be pretty miraculous.