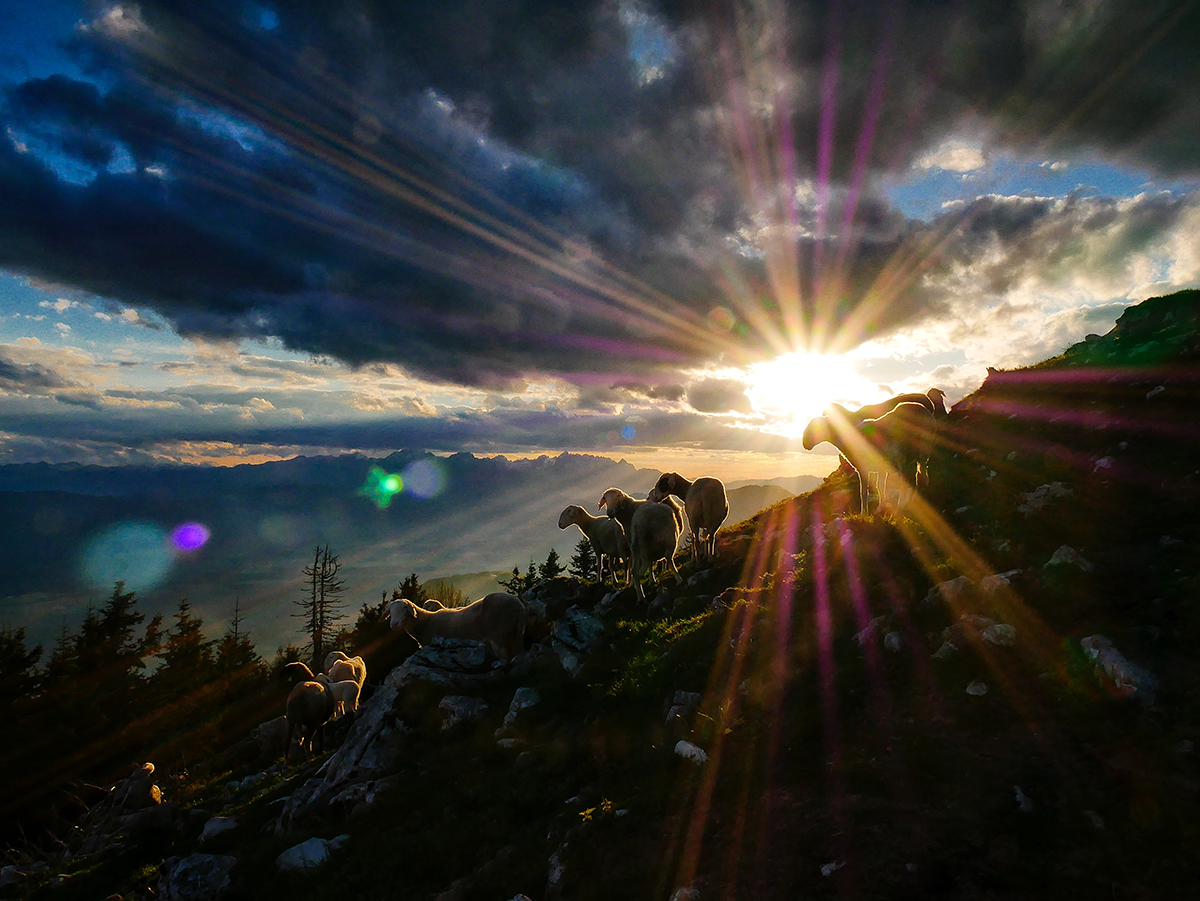 For a Desperate World, Shepherds Are on the Way

30 The apostles gathered around Jesus and told him all that they had done and taught. 31He said to them, ‘Come away to a deserted place all by yourselves and rest a while.’ For many were coming and going, and they had no leisure even to eat. 32And they went away in the boat to a deserted place by themselves. 33Now many saw them going and recognized them, and they hurried there on foot from all the towns and arrived ahead of them. 34As he went ashore, he saw a great crowd; and he had compassion for them, because they were like sheep without a shepherd; and he began to teach them many things.

53 When they had crossed over, they came to land at Gennesaret and moored the boat. 54When they got out of the boat, people at once recognized him, 55and rushed about that whole region and began to bring the sick on mats to wherever they heard he was. 56And wherever he went, into villages or cities or farms, they laid the sick in the marketplaces, and begged him that they might touch even the fringe of his cloak; and all who touched it were healed.

Author’s Note: Every three years, this text is paired with Jeremiah 23:1-6 which boils down to, “Dear shepherds: Abuse the Lord’s flock and there will be hell to pay. Dear scattered and forgotten sheep: The Lord has your back. New shepherds are on the way.” Mark’s gospel adds in an assassination (John the Baptist) that weighs on Jesus and may even weigh on the apostles as well.

Mark’s Gospel puts a new spin on the angry threat portion of Jeremiah’s diatribe: Yes, there will be hell to pay, says Jesus. But I will pay it for you.

“Jesus sets the sheep on right pathways, while he himself is led down the garden path to his death. Jesus takes the rap for all the bad shepherding done before him. He literally gives his life to heal and forgive.”

DIAGNOSIS: My Kingdom for a Shepherd Who Cares

The great crowds are “like sheep without a shepherd” (v. 34) because they have been scattered by would-be shepherds who think that shepherding is about laying down the law and vying for political power. How like the world we live in, where marginalized groups are under attack while political leaders demonstrate malice or incompetence. Some parts of the church are doing their best, while others are tempted to join in on the malice. Palace intrigue and sheep without a shepherd—the perfect recipe for chaos and destruction. Shepherds who take their role seriously are overwhelmed; they need time to recharge. But the need is so great that the only shepherds who finally get relief are those who abandon their call.

Sheep who need a shepherd find one as quickly as possible, regardless of how reliable that shepherd is. Robbed of their ability to trust the Lord’s shepherds, they lend their trust to the first shepherd who promises to make their life better. Even the relatively untainted political leaders, who refuse to flirt with conspiracy theories, don’t necessarily care for the sheep. They may not even feel called to be shepherds, but millions of desperate sheep see them as shepherds because they buy the belief that political solutions will transcend politics. Even when we know better, we put our faith in political leaders who offer us a temporary fix.

When Jesus’ apostles suggest he should send the hungry masses away (vv. 35-38, verses the lectionary skips over this Sunday), he rebukes them. “No!” he says, “You feed them!” Jesus’ compassion for the “sheep without a shepherd” is an indictment of wannabe shepherds who think they know best what the huddled masses need—which usually means a dose of tough love.

The “sheep without a shepherd” are drowning in tough love—overwhelmed by a world that is more divided, more bitter, and less loving. Meanwhile, the would-be shepherds are practicing partisan politics while demanding bipartisanship of government. The sheep are in grave danger of being denied the immeasurable compassion of the divine Shepherd because the false shepherds are leaving them untended. Jesus’ compassion for these desperate sheep is a judgment on us who deprive any of his care.

PROGNOSIS: In My Kingdom Shepherds Care 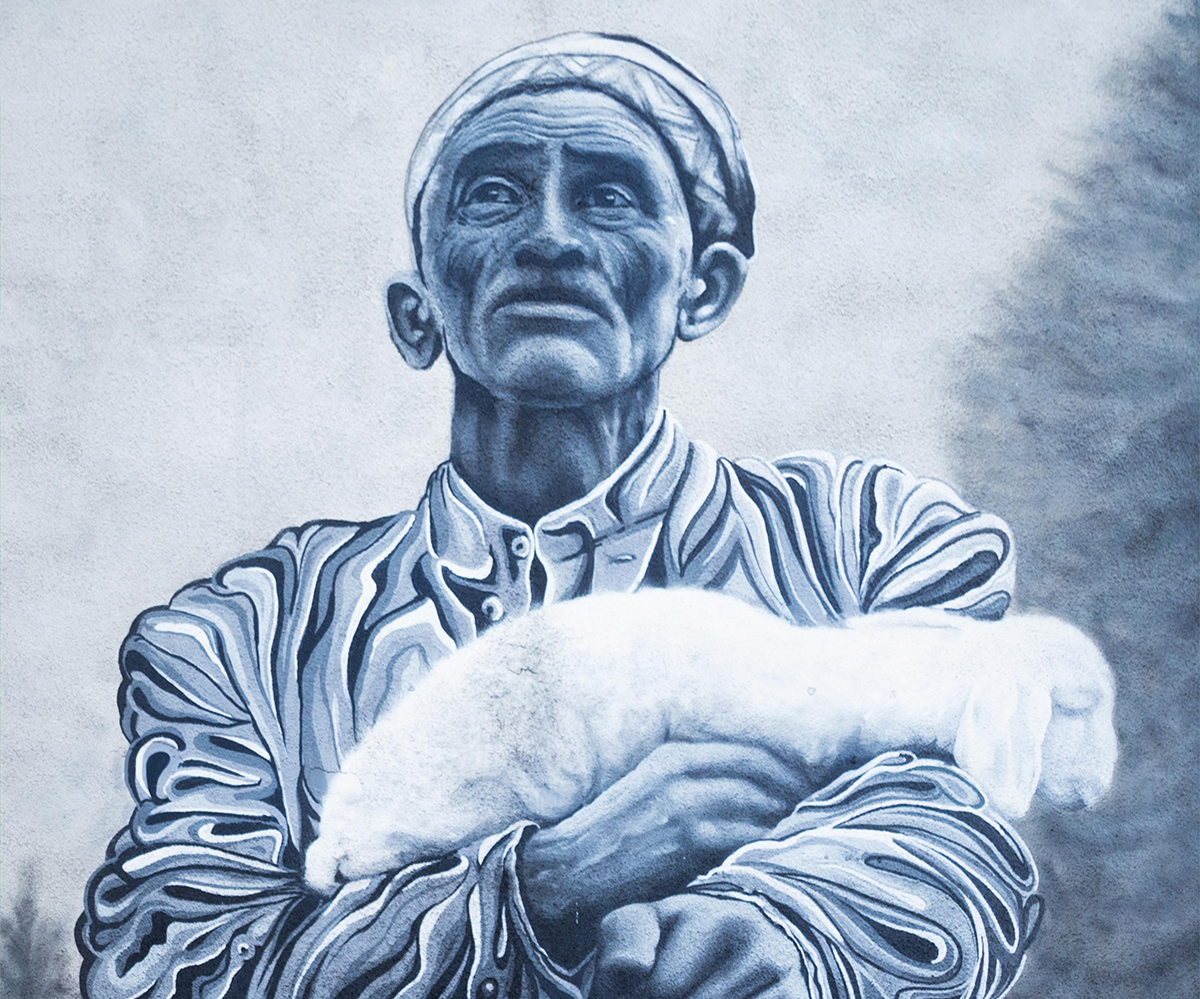 Jesus is unlike other shepherds. Mark presents him as a shepherd who absorbs the burdens of those he ministers to. The sheep are fed and healed and forgiven; the shepherd is weakened and hounded by the authorities. The sheep find shelter from the predatory authorities and instead those authorities hound Jesus. He sets the sheep on right pathways, while he himself is led down the garden path to his death. Jesus takes the rap for all the bad shepherding done before him. He literally gives his life to heal and forgive everyone he encounters. And, for that obedient care, God raises him back to life again and redefines shepherding by his example. His ephemeral acts of compassion become eternal and permanent. He buries our sin in the grave and returns from death to care for his sheep. Victorious over our sin and death, this Shepherd gives us eternal righteousness and life in its place.

Step 5: Advanced Prognosis (Internal Solution): Jesus Shepherds Us into Faith in Him

The sheep find themselves in greener pastures. Jesus, who came back as one of them—still human, but with a resurrected body and spirit—shepherds them. No need to run around in search of him anymore. He is present, giving them the strength to face a hostile world. The power the multitudes sought (even in the fringe of his cloak) now resides in the hearts of his flock, renewing all as we daily remember our baptism.

Shepherds who have nominally borne Jesus’ name also are restored to life. Just as his apostles were invited to rejoin Jesus in Galilee after his resurrection, so we who have abandoned him, are beckoned to rejoin him. No probation. No reeducation. Just invited back, as if Jesus has born our betrayal on the cross and suffered it out of existence.

Mark envisions a world in which the resurrected Jesus, along with his now faith-filled apostles, return to Galilee. Together they spread the good news, heal, and forgive sins. But now they bear the gift of eternal life, thanks to the risen Christ who reigns over sin, death, and the law. And, even when Jesus is no longer physically present, the apostles are guided by his Spirit as they continued the ministry he established.

For this lifetime, the compassionless shepherds may continue to preside over our politics and culture. Still, we have the crucified and risen Jesus with us, who animates us to interact in the world with compassion. We look back with gratitude at those early apostles—nitwits like the rest of us—compelled to spread the message as if they cared about our faith as much as their own. Because they gave of themselves, we receive Christ’s marvelous gift of forgiveness and healing. And, with Jesus beside us, we share those gifts with a desperate world still full of “sheep without a shepherd.”