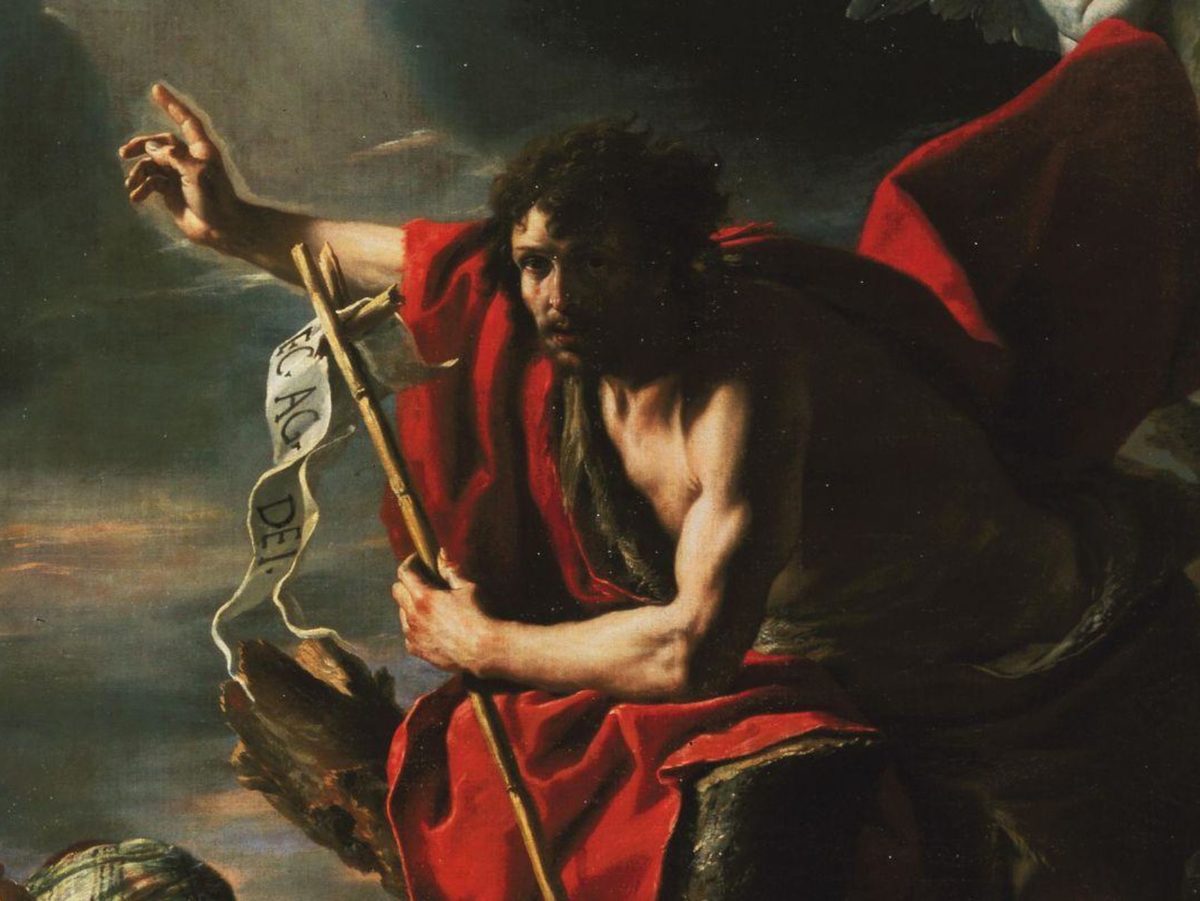 17For Herod himself had sent men who arrested John, bound him, and put him in prison on account of Herodias, his brother Philip’s wife, because Herod had married her. 18For John had been telling Herod, “It is not lawful for you to have your brother’s wife.” 19And Herodias had a grudge against him, and wanted to kill him. But she could not, 20for Herod feared John, knowing that he was a righteous and holy man, and he protected him. When he heard him, he was greatly perplexed; and yet he liked to listen to him. 21But an opportunity came when Herod on his birthday gave a banquet for his courtiers and officers and for the leaders of Galilee. 22When his daughter Herodias came in and danced, she pleased Herod and his guests; and the king said to the girl, “Ask me for whatever you wish, and I will give it.” 23And he solemnly swore to her, “Whatever you ask me, I will give you, even half of my kingdom.” 24She went out and said to her mother, “What should I ask for?” She replied, “The head of John the baptizer.” 25Immediately she rushed back to the king and requested, “I want you to give me at once the head of John the Baptist on a platter.” 26The king was deeply grieved; yet out of regard for his oaths and for the guests, he did not want to refuse her. 27Immediately the king sent a soldier of the guard with orders to bring John’s head. He went and beheaded him in the prison, 28brought his head on a platter, and gave it to the girl. Then the girl gave it to her mother. 29When his disciples heard about it, they came and took his body, and laid it in a tomb. 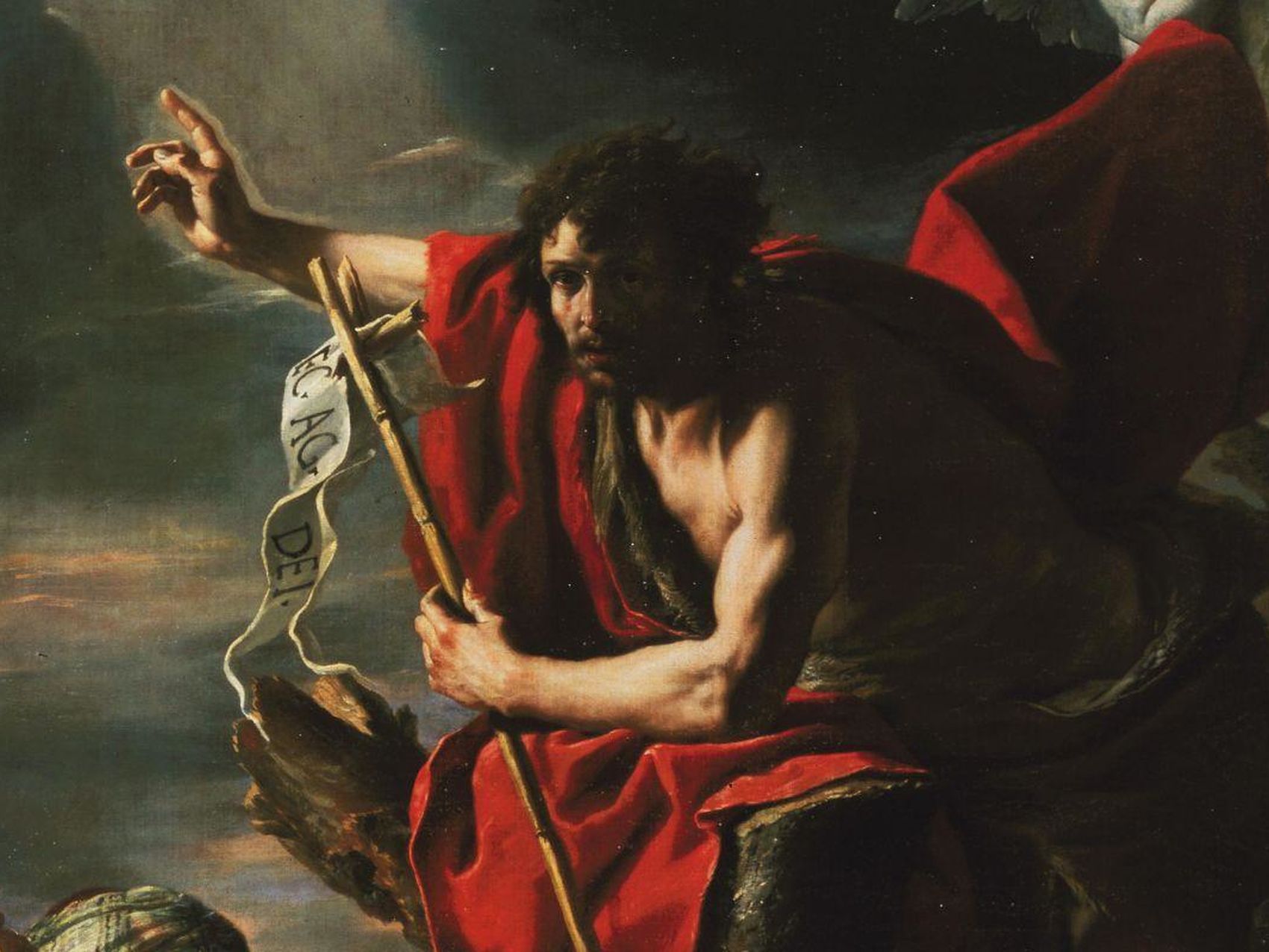 Because Jesus himself embodied God’s undying loyalty to his followers, God would not repay us for our disloyalty.

“…Herod feared John, knowing that he was a righteous and holy man, and he protected him” (Mark 6:20NRSV). Furthermore, “when [Herod] heard [John], he was greatly perplexed; and yet he liked to listen to him” (Mark 6:20NRSV). As we see in this account from Mark’s Gospel, however, Herod would betray John.

Acts of betrayal are so commonplace and seemingly inconsequential that we may not even realize we are committing them. “I’ll pray for you,” we tell a hurting friend or parishioner. Or we promise to call, visit, and check in on someone. But then we do not. We may forget to as we become preoccupied with someone or something else. We may even allow others to be bullied rather than stand up for them. In fact, we betray others whenever we prove untrustworthy, and neglect to follow through on our commitments to them. And they do the same to us.

Herod was loyal in protecting John up to a point. Herod was loyal to John until he gave in to his wife’s grudge against John. And Herod complied with Herodias to have John killed because Herod had allowed himself to be seduced by Herodias’s daughter. He pledged himself to her and to whatever she asked. Herod’s loyalty was divided. Pleasing this daughter and granting Herodias’ request to have John beheaded meant that Herod would no longer protect John. John was killed due to Herod’s disloyalty. Herod’s loyalty was divided and transferrable. He turned away from the righteous and holy man he once liked listening to.

The pandemic and issues of racial inequality become embroiled in partisan politics which, of course, are highly polarizing. Overwhelmingly so, people remain loyal to their side’s respective ideology rather than, for instance, to the people who suffered most by the spread of the coronavirus, or to those impacted the worst by gun violence and systemic racism. Herod evidently feared his wife and daughter more than he feared John.

Likewise, the fear of losing our status and privilege compels us to transfer our loyalty away from caring for and protect those whom God loves.

“John, whom I beheaded, has been raised” (Mark 6:16NRSV). This is Herod’s response to the news of Jesus as proclaimed by his disciples. Herod is haunted by what he has done at the order of his wife and daughter: having John beheaded. And John’s apparent return, his having been raised from the dead, although an obviously mistaken notion of who Jesus is, still does not bode well for Herod’s standing with God. Herod was not only in trouble with John; Herod was in trouble with whomever he believed had raised John from the dead. Jesus, mistakenly believed to be the resurrected John, conveyed to Herod the promise of divine vengeance.

But Herod was not the only one God had turned against. On the cross, God was judging all who claimed to follow Jesus as well. Because our disloyalties inevitably lead us away from Jesus himself, Jesus ended up crucified with none of his followers to protect him. He was denied, betrayed, and abandoned by his followers then, and by us now. After all, our loyalty is not ultimately to Jesus. And so, God has abandoned us at the God-forsaken event of Jesus’ crucifixion. Jesus testifies to our own God-forsakenness in the words: “My God, my God, why have you forsaken me?” 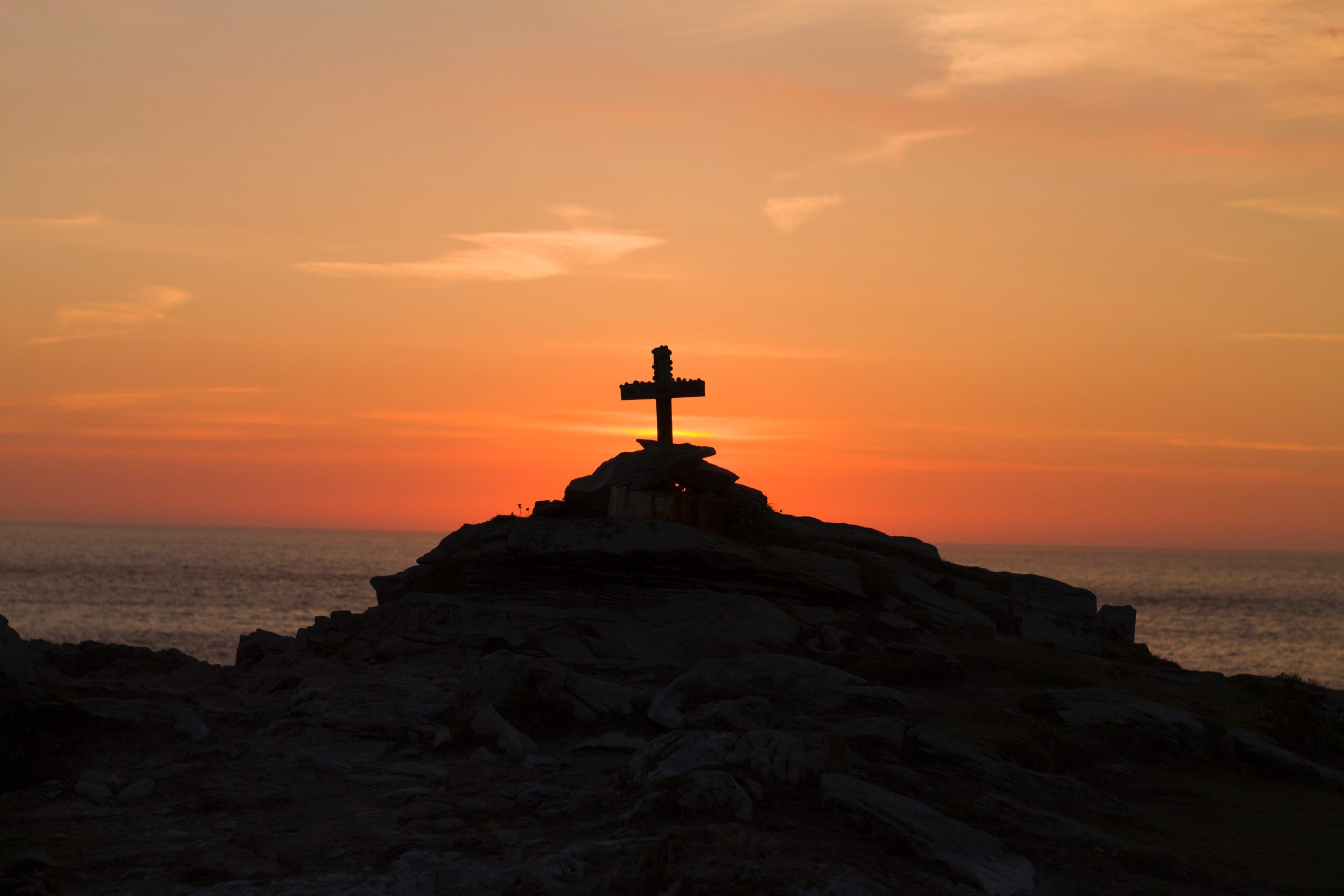 On the cross, however, Jesus remained with us in our God-forsakenness. We were not the only ones forsaken by God; Jesus was, too. Jesus endured God-forsakenness to remain loyal to his own disloyal followers. Jesus’ resurrection, then, did not signal divine vengeance—as Herod likely and mistakenly believed about John’s resurrection. Jesus’ resurrection was the confirmation of a promise, one of divine loyalty. The man at the tomb reminded the women of what Jesus had already said about his crucifixion, death, and resurrection. In fact, Jesus was no longer at the empty tomb because he had promised his followers he would meet them in Galilee instead.
Because Jesus himself embodied God’s undying loyalty to his followers, God would not repay us for our disloyalty. God keeps God’s promises, despite our disloyalty, and remains loyal to us for all eternity.

Because of God’s loyalty shown to us in Christ’s cross and resurrection, our own divided and scattered loyalties are recentered on God. More than Herod, who liked listening to John and feared what John might do to him (until he allowed his wife and her daughter to have the upper hand), our loyalty is based on fearing, loving, and trusting God. We trust that God’s loyalty toward us has overcome divine vengeance, through the life, death, and resurrection of Christ. We are no longer bound by fear of divine wrath and punishment, nor driven by fear of losing our privilege, status, and power, as Herod was. God’s loyalty in Jesus Christ is all we need to recenter our hearts on God, whom we now willingly love and trust.

Because of Christ, God’s undying loyalty to us shows forth—not only in our hearts but in our lives as well. Our once rigid and unyielding political ideologies fall away as we begin to see other people more as Christ sees them. We act on the belief that Jesus died and was raised for all people—not any one church or political party. The fear of losing our status, reputation, and privilege becomes secondary to getting to know and listening to people who are different from us, including those whose experiences of racism, gun violence, and the pandemic have been especially devastating. In small ways, we become loyal companions to others. We carefully make commitments to others that we can follow through on. When we do not follow through, we acknowledge our own struggle with betrayal. We recall God’s loyalty to us. We once again recommit ourselves to becoming trustworthy among the people God has placed in our lives.