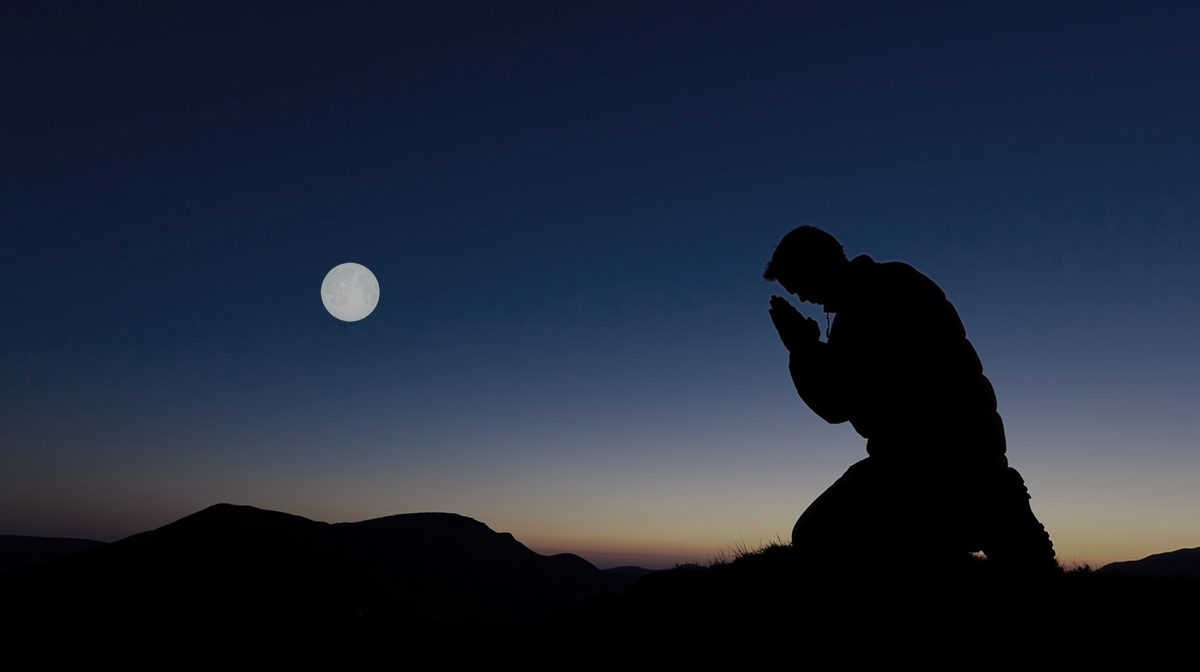 OUR FATHER, WHOM WE BUG AT MIDNIGHT

He was praying in a certain place, and after he had finished, one of his disciples said to him, “Lord, teach us to pray, as John taught his disciples.”

2 He said to them, “When you pray, say: Father, hallowed be your name. Your kingdom come. 3 Give us each day our daily bread. 4 And forgive us our sins, for we ourselves forgive everyone indebted to us. And do not bring us to the time of trial.”

5 And he said to them, “Suppose one of you has a friend, and you go to him at midnight and say to him, ‘Friend, lend me three loaves of bread; 6 for a friend of mine has arrived, and I have nothing to set before him.’ 7 And he answers from within, ‘Do not bother me; the door has already been locked, and my children are with me in bed; I cannot get up and give you anything.’ 8 I tell you, even though he will not get up and give him anything because he is his friend, at least because of his persistence he will get up and give him whatever he needs.

9 “So I say to you, Ask, and it will be given you; search, and you will find; knock, and the door will be opened for you. 10 For everyone who asks receives, and everyone who searches finds, and for everyone who knocks, the door will be opened. 11 Is there anyone among you who, if your child asks for a fish, will give a snake instead of a fish? 12 Or if the child asks for an egg, will give a scorpion? 13 If you then, who are evil, know how to give good gifts to your children, how much more will the heavenly Father give the Holy Spirit to those who ask him!” 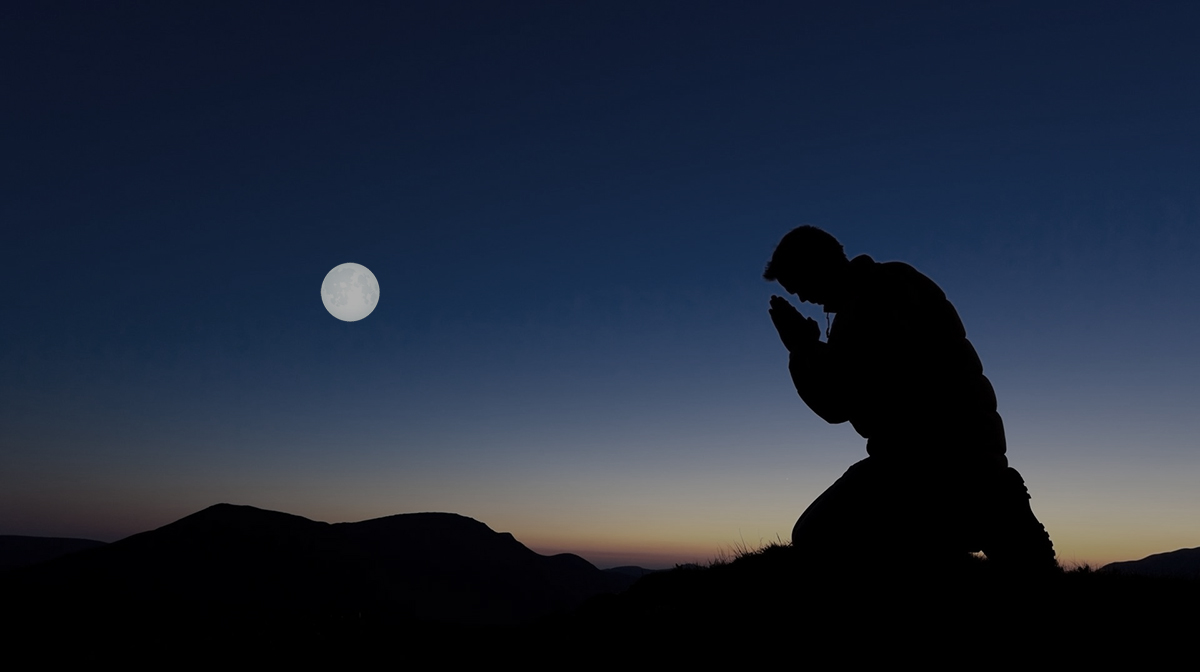 Anne Lamott once wrote that there are really only two basic prayers: “Help me, help me, help me!” and, “Thank you, thank you, thank you!” If Luke’s statistics are correct, the former outnumber the latter by ten to one. Everyone recognizes the first prayer, including the alleged atheists in foxholes, at bedsides in children’s hospitals, on dark roads when out of gas, and occasionally even at ballgames. Believers who follow Jesus know it, too. Sometimes we are genuinely desperate. Sometimes we merely want our way. Instinctively, without thinking, but often quite consciously and deliberately, we treat God something like a cosmic concierge who exists to run errands and solve our problems.

God seems to encourage our demanding habits. Want some quotes? “Whatever you ask the Father in my name, it shall be given to you.” “Ask, and it will be given to you.” “The prayer of the righteous is powerful and effective.” The scriptures (like today’s Gospel) even urge stubborn persistence at banging on God’s door because even God gets tired of listening to the begging after a while and grants a request just to get rid of the tireless, annoying petitioner. Moreover, God has not only promised to give us what we ask in prayer, God also promises (e.g., in Psalm 91) that if we trust God, there won’t be any need for “Help me, help me, help me” prayers. Nothing can happen to us so long as the one who never slumbers nor sleeps watches over us, and since God knows what we need even before we ask it, “Help me, help me, help me” is the most we need say. Surely God will deliver. After all, God promised. And by God, we will hold God to that guarantee. (It sounds a little crazy to hear God and the Holy Scriptures urging everyone to act like an overly tired two-year old, or at least like a true-believer in that old presuming-on-the-promises Prayer of Jabez book, but hey, we didn’t write the Bible. It is God’s word, right?)

Step 3: Final Diagnosis (Eternal Problem): Our Prayers Go Silent, and So Do We

We had not known such selfishness except God said, “Thou shalt not cease praying.” So we prayed without ceasing, and then cancer won. The bully beat us up. The job or the promotion went to someone who didn’t deserve it and probably didn’t pray a tenth as persistently as we did. So, we’re finished praying. On second thought, we’re simply finished. Worn out. Used up. Kaput. (They shoot exhausted prayer warriors, don’t they?)

PROGNOSIS: Lord, Teach Us to Pray 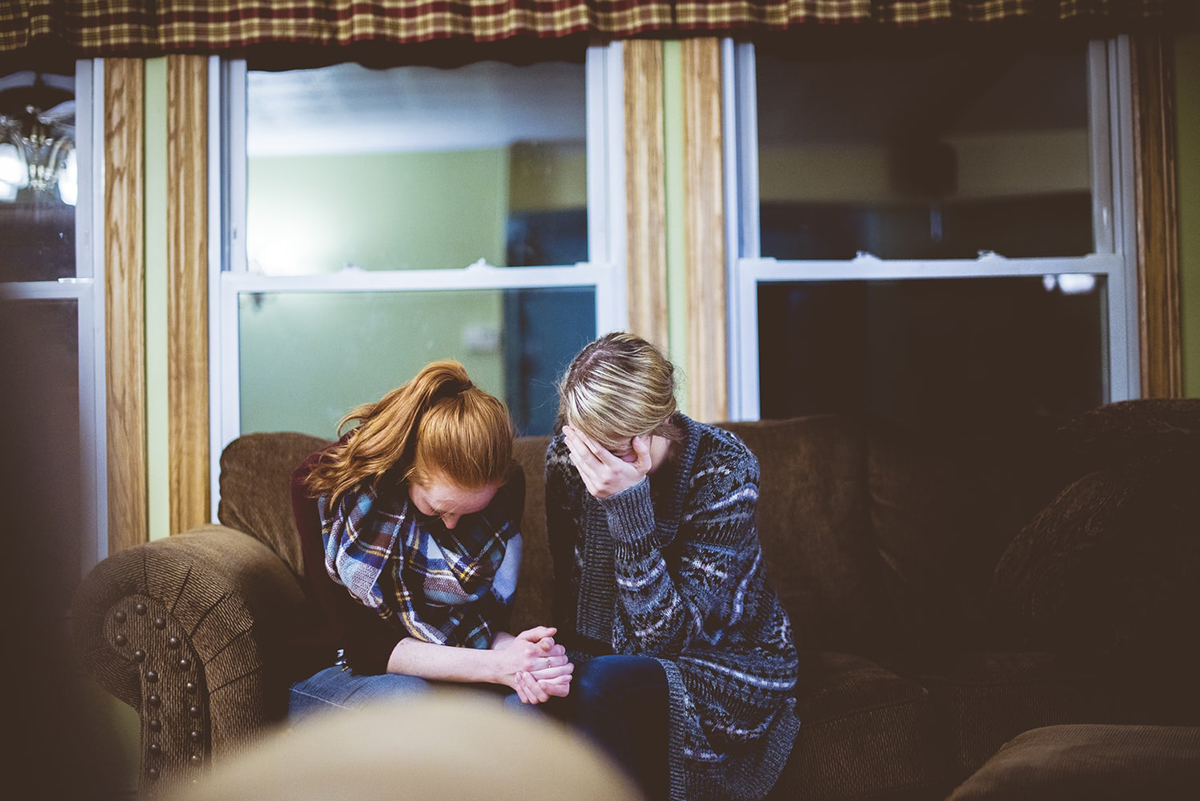 Jesus prays often in Luke’s Gospel, but Luke rarely shares the content of those prayers. Even in this gospel lesson in which Jesus teaches words for prayer, we don’t witness him employing them himself. We overhear him at prayer only in the last hours of his life. On the Mount of Olives he prays, “Father, if you are willing, remove this cup from me” (22:42). At the place called The Skull, he prays, “Father, forgive them; they know not what they do” (23:34). As he dies, he prays or sings the bedtime prayer his mom had surely taught him, part of an ancient evening psalm (Psalm 31, we call it) that parents taught their babies centuries before Jesus’ time, “Father, into your hands I commend my spirit” (23:46). Then he dies, as do we. His prayers go silent, just like ours. He dies praying for others, however, and even in the prayers for himself, he rests himself and his life in God’s embrace no matter what comes—healing and life or suffering and death. Given where he rests his life with that last prayer, by faith he receives and knows healing and life even when suffering and death seems the end of his story.

When disciples like us say to Jesus, “Teach us to pray,” it is the crucified Christ, the one who rested his fate in the Father’s hands, now risen and wandering that road between here and Jerusalem, who responds to all of us who are spent, dead, and have no more words of our own. And he says pray like this: “Father, hallowed be your name. . .”

Every petition of the prayer Jesus teaches begins with an (aorist) imperative that warrants translations that begin, “Once and for all, Father, make/do/give . . .” Were God to do any of the things for which we pray in this prayer, we would live in a new creation, one in which God gets God’s way—always. We would have the bread of tomorrow, the messianic feast, today, and never again would we hunger. We would be forgivers after God’s own heart. In every test and trial of who and whose we are, we would by faith cling to and have but one identity—children of the heavenly Father/Mother who holds Christ and all baptized in his name in the hands and womb that bore us all from eternity. Even as Jesus did on the cross, by faith, we also have these things now.

Step 6: Final Prognosis (External Solution): Use Us to Answer this Prayer for Others

In the here and now, before we lie on our deathbeds and before the prayed-for consummation when Christ will come again to set before us the promised feast, we pray to the one who would never give us something harmful or foolish and ask in good faith that God would use us–our flesh and blood and words and willingness–to bring moments of the end-time into the here and now. Use us, Lord, to make every table like the welcoming table you set for any and for all. Use us to embody and bring forgiveness to a world addicted to the sweet taste of resentment and revenge. Use us to restore your good, holy name, so all might know you are gracious, slow to anger, abounding in steadfast love, and would rather die with and for us than keep counting sins. Use us as agents of your Advocate and Counselor to stand with any and all who face times of trial.

All these petitions might bring upon us times of crucifixion. When that happens, we have for words in a time of trial not only this prayer, but that bedtime prayer: “Into your hands, I commend my spirit.” We’re in good hands, and always will be.