1That same day Jesus went out of the house and sat beside the sea. 2 Such great crowds gathered around him that he got into a boat and sat there, while the whole crowd stood on the beach. 3 And he told them many things in parables, saying: “Listen! A sower went out to sow. 4 And as he sowed, some seeds fell on the path, and the birds came and ate them up. 5 Other seeds fell on rocky ground, where they did not have much soil, and they sprang up quickly, since they had no depth of soil. 6 But when the sun rose, they were scorched; and since they had no root, they withered away. 7 Other seeds fell among thorns, and the thorns grew up and choked them. 8 Other seeds fell on good soil and brought forth grain, some a hundredfold, some sixty, some thirty. 9 Let anyone with ears listen!”
18 “Hear then the parable of the sower. 19 When anyone hears the word of the kingdom and does not understand it, the evil one comes and snatches away what is sown in the heart; this is what was sown on the path. 20 As for what was sown on rocky ground, this is the one who hears the word and immediately receives it with joy; 21 yet such a person has no root, but endures only for a while, and when trouble or persecution arises on account of the word, that person immediately falls away. 22 As for what was sown among thorns, this is the one who hears the word, but the cares of the world and the lure of wealth choke the word, and it yields nothing. 23 But as for what was sown on good soil, this is the one who hears the word and understands it, who indeed bears fruit and yields, in one case a hundredfold, in another sixty, and in another thirty.” 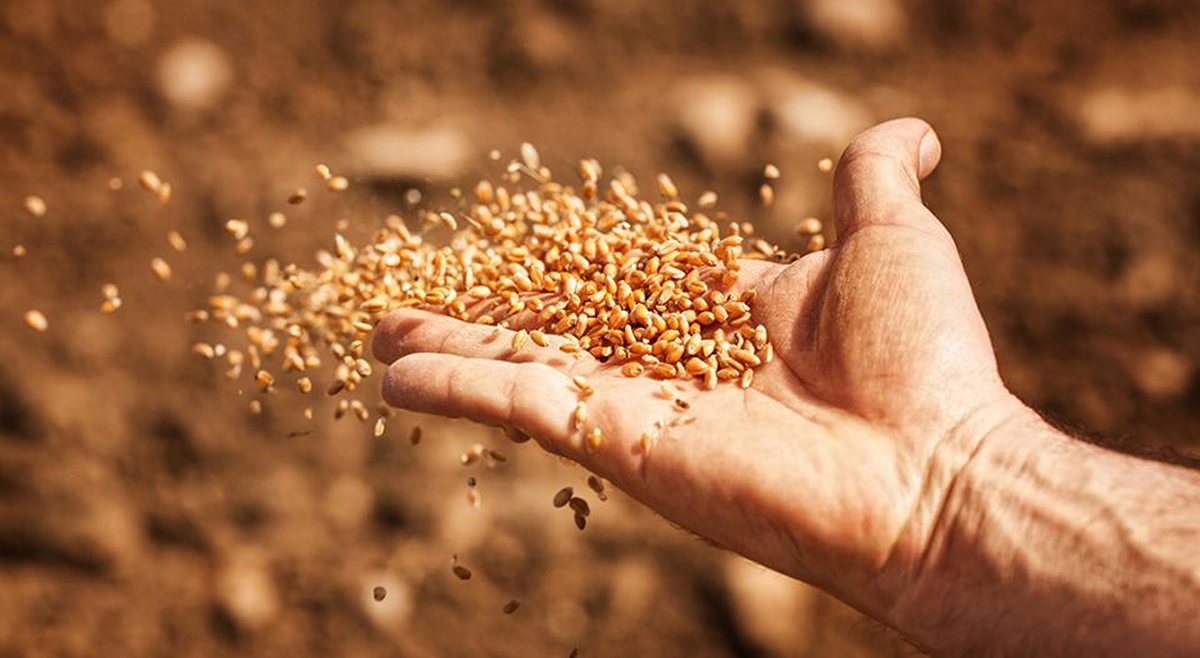 At various times in our lives among the baptized, we find ourselves as soils, sowers, and even seed. In any given moment, we might function as one or another of the soil types in the parable, and true enough, we don’t produce much of a harvest when we’re a road, ditch, or boulder field. But how does a highway or rock pile make itself into a fruitful patch of rich loam? And if all the roadways become silty loam, where will the drivers and their cars pass? Take away the ditches full of brambles and thistles, and where will the rabbits and pheasants hide? (Are we really so worthless if we’re not all 90-bushels per acre farm fields?) When we consider our roles as sowers of the seed that is the word of good news about the kingdom, we don’t go out with a divinely mandated marketing plan that has us sowing only in places sure to produce a crop. No, our calling and commission says we shall throw our seed everywhere. Is it our fault birds get the seed we toss onto the street? We ourselves also get scattered about like seeds, as we’re the only flesh and blood the Word Made Flesh has right now, and what if we get tossed onto the rock pile and all the sun and rain in the world can’t makes us sprout and grow? Can you blame us for crop failure?

The parable says we simply don’t understand, and we partly agree. We don’t begin to understand how and why we ended up be-ditched and overrun with noxious, prickly weeds, nor why everyone has walked, rolled, and driven over us until we’re hopelessly hardened and impervious to any new life starting in our circumstance. And given where we have landed, we surely don’t understand why some crazy farmer would not only expect us to thrive, blossom, and provide nourishment for others, but also judge us when we don’t. We don’t understand why our hard work of sowing and our more passive roles as seeds so often prove futile as well. We do understand three things, however, after long, hard experience: a) neither management nor the system can be trusted; but b) the blame for failure will nevertheless always land on us; and c) sooner or later someone will point to one of those high-tech mega-fields ringed with overflowing silos and say, “See! Why can’t you . . .?”

So why care, much less worry, about what grows and what doesn’t? Why bother sowing (or cultivating and fertilizing)? The system is broken. Let the seed lie dormant. Indeed, let it die, and let the word about the “kingdom” vanish like a whisper in the wind—and we along with it. Turn off the market reports. Shut down the tractors. To hell with farming.

PROGNOSIS: Harvest of Surprise and Mercy 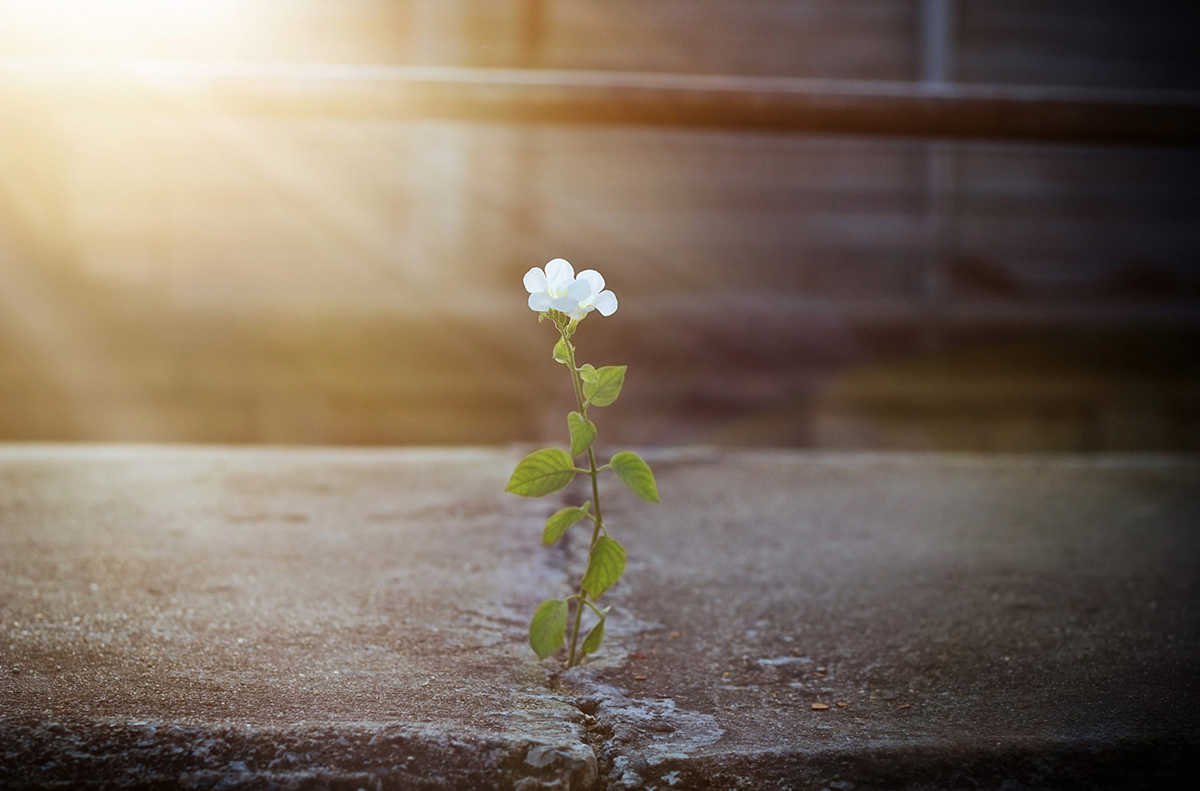 No one consistently wastes seed more precious than that first-ever gardener in whose name the parable-teller taught and embodied the “word” about what that original sower dreamed of in the beginning. The birds didn’t get him, nor did the soldiers who came when he still wore diapers. That time, when they killed all the children who could have been his playmates, he got away, but soon enough he was tossed on the rocks among the tomb-dwelling night-howlers, ditched in the thorn patches of Tyre and Sidon, sown in the wilderness, and finally the soldiers tied him up and cut him down. They let him lie, abandoned, dead, planted in Sheol. With us. And then, new life, a shoot arose. For us. In us.

With him, we rise and grow, sometimes in cultivated rows and soils, but just as commonly in the cracks of sidewalks and boulders, amid tall weeds that murmur of worry, pain, weariness and boredom. We understand something else now, that the Gardener doesn’t follow the Almanac, but plants and somehow waters here and there and everywhere. And the Gardener will get a crop, even in the wilderness. That’s a promise. Only first, we now understand, we must die, over and over and over. And then new life comes. In us, but not merely for us.

Seed, including seed like us, is not merely for planting, but also for grinding, milling, kneading into loaves, firing into bread, then breaking yet again, and sharing. With all the world. And the seeds are never lost, even should they fall into some unnoticed place, nor are the leftover fragments of bread from the feast we become in Christ. Always, always, there’s another banquet yet to come, and one way or another, we’ll be gathered there. With each other. With him.