GETTING YOUR PRIORITIES STRAIGHT

38 Now as [Jesus and his disciples] went on their way, he entered a certain village, where a woman named Martha welcomed him into her home. 39 She had a sister named Mary, who sat at the Lord’s feet and listened to what he was saying. 40 But Martha was distracted by her many tasks; so she came to him and asked, “Lord, do you not care that my sister has left me to do all the work by myself? Tell her then to help me.” 41 But the Lord answered her, “Martha, Martha, you are worried and distracted by many things; 42 there is need of only one thing. Mary has chosen the better part, which will not be taken away from her.” 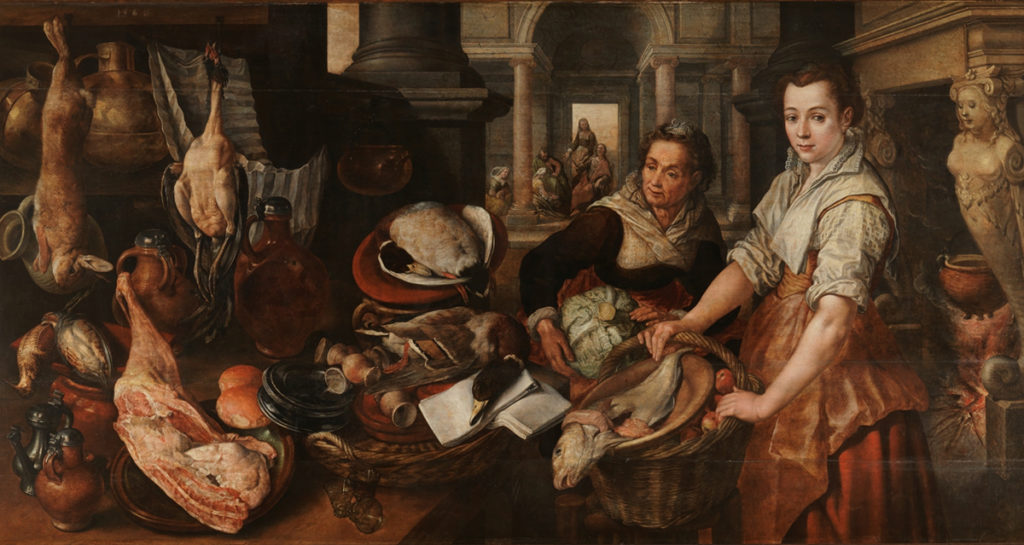 An important guest has arrived at the home of Mary and Martha. Mary and Martha want to make a good impression. They want to show Jesus how important his visit is to them. However, Mary and Martha respond to Jesus in dramatically different ways. Their priorities seem to conflict.

To honor her guest, Martha hurries around cleaning the house, setting the table and preparing the food. However, Mary just sits there listening to Jesus utterly unconcerned with traditional ways of honoring her guest. Martha seems to have her priorities right and Mary seems to have them wrong. Martha believes that if Mary was actually interested in welcoming her guest, then she would have been with Martha preparing the house and cooking the dinner. Yet Mary is the one Jesus praises. Martha is the one Jesus criticizes. What is going on here?

Even though Martha believes she has the right priorities, Jesus’ criticism reveals that her assumptions may be wrong. Martha wanted her busyness to show how important Jesus was to her. However, the truth is that her busyness revealed the true priority of her life. It was not Jesus. It was Martha! That is why Martha is “distracted by her many tasks.” What should have been a joy is not. She resents having to do these tasks. She complains about her sister’s indifference and laziness. Her complaining reveals that her “many tasks” were not so much about welcoming Jesus as they were about her wanting to impress Jesus. She was obsessed with her own need. “Lord, do you not care that MY sister has left ME to do all the work by MYself? Tell her then to help ME.”

This is what happens when life is “all about me.” That is what sin does to us. Our longings and desires are “curved in” on ourselves. (See St. Augustine.) We are dedicated to justifying ourselves and impressing God/Jesus. When we cannot meet the demands of life under the law, like Martha we complain and blame.

Martha suffered the consequences of her misplaced faith and her bad priorities. This is what happens when “me first” is all that matters. She wanted Jesus’ blessing, “the better part,” in exchange for her good works. She believed that she had to impress Jesus with “her many tasks.” Jesus’ criticism exposed her self-centeredness. Because Martha believed that Jesus was the judge that she needed to impress, therefore that would be the Jesus she would get: the judge.

Jesus, the judge, told her the truth she was avoiding. She was distracted, unhappy and frustrated because she trusted herself and her “many tasks” instead of “the one thing” and “the better part”: Jesus. When that is your priority and your “god,” that is the God you get. That is the God, who takes “the better part away” from you. That is the God who is not pleased with you and the God from whom you cannot escape. 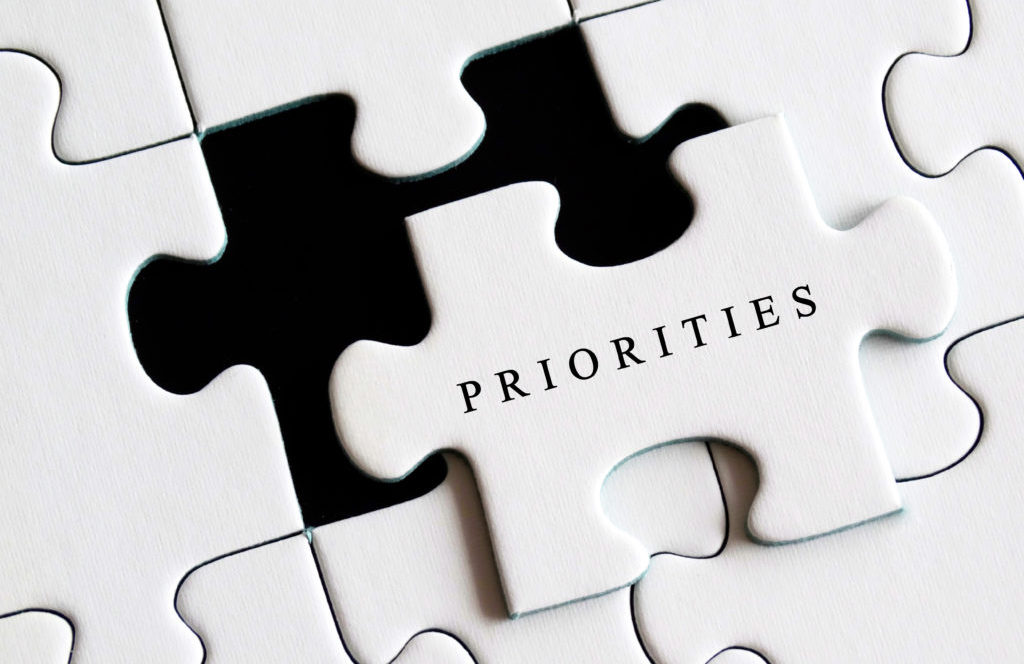 BUT . . . Jesus will not give up on Martha . . . or us. Jesus is determined to reverse the priorities of Martha’s life. Martha thought that she was the host who needed to impress her guest. However, Jesus pulls a switch. He carries out a great role reversal. He decides to be the host and not the guest. Twice he calls out Martha by name. Martha expected praise or criticism depending on her performance. Instead, Jesus directs her attention to Mary who was utterly uninterested in performance.

Mary had gotten her priorities straight. Mary understood that Jesus was not the guest who needed to be impressed but the host who welcomes guests to his table, even undeserving guests like Martha.

Jesus expressed this same undeserved mercy throughout the Gospel of Luke as he continuously welcomes sinners, outcasts and all those suffering the distractions that accompany those with misplaced priorities. Even as Jesus dies on the cross, rejected by those who would not let him love them, he forgives them, just as he forgave Martha. “Father, forgive them for they know not what they do.” He offers them, as he offered Martha, “the one thing . . . the better part” that will not ever be “taken away” from them: a favored place at the table where Jesus continually blesses and welcomes undeserving guests.

Jesus suffered the consequences of loving like this. He died while daring to believe that such love had divine authorization. When God raised Jesus from the dead, God confirmed that Jesus’ daring belief was not in vain. Jesus’ welcome of the Marthas of this world was no mistake.

When Marthas like us hear promises like this and believe them, amazing things can happen. We join Mary sitting at Jesus’ feet because we also long to listen to Jesus tell us about the role reversal he has accomplished. Because we trust what he promises, we now have a new priority in our lives. It is no longer “me first” but “Jesus first.” We no longer have to impress Jesus with our many deeds or worry about not having done enough or blame Mary for not measuring up. Like Mary, we are confident that we finally have “the better part.”

With a new first priority, all the other priorities of life fall in line. Life changes. No longer distracted, we are clear about “first things first.” Free from having to impress others . . . and even God, we can go about our daily tasks serving the welfare of others. With no hidden agenda, our deeds and actions are no longer a way to “win friends and influence people” or impress Jesus. We even are willing to “waste time” at Jesus’ feet, listening to the Gospel, eating and drinking his body and blood at his table and welcoming others to join us free of complaint.