31 “It was also said, ‘Whoever divorces his wife, let him give her a certificate of divorce.’ 32 But I say to you that anyone who divorces his wife, except on the ground of unchastity, causes her to commit adultery; and whoever marries a divorced woman commits adultery.

33 “Again, you have heard that it was said to those of ancient times, ‘You shall not swear falsely, but carry out the vows you have made to the Lord.’ 34 But I say to you, Do not swear at all, either by heaven, for it is the throne of God, 35 or by the earth, for it is his footstool, or by Jerusalem, for it is the city of the great King. 36 And do not swear by your head, for you cannot make one hair white or black. 37 Let your word be ‘Yes, Yes’ or ‘No, No’; anything more than this comes from the evil one.

The dominant religion of the United States is “moralistic therapeutic deism,” says Christian Smith, the author of Soul Searching and Souls in Transition. These two books together give an intergenerational look at the babies of the boomers in the U.S.A. And you have heard its mantras: “All gods are the same”; “God’s job is to help and heal whenever we have need [BUT please stay away and leave us alone when we do not]”; “He was a good man…. She was a good woman.” I hear it said at almost every funeral. And at first, the Ten Commandments seem to play into that—the “moralistic” part. Although many people cannot name them, number them, or list them in their proper order, they still use them as a yardstick by which morality is measured.

For example, President Trump has a “grossly immoral character” and should be removed from office out of “loyalty to the creator of the Ten Commandments,” exclaimed an editorial in Christianity Today (the prominent Christian magazine begun by Billy Graham). However, all too often when people measure themselves against the Ten Commandments, they come out smelling like a bunch of roses. The awful stink always seems to come from someone else. Unlike POTUS, I have never killed anyone. I have never committed adultery. I have never borne false witness. Have I?

But, in the Sermon on the Mount, Jesus ups the ante with a new and greater authority: “You have heard it was said to those of ancient times…. But I say to you, whoever….” And suddenly there is an “Oops!” Oops, I have been angry with my sisters. I have insulted them and called them “fools.” My word! What else are teenaged brothers for? Oops, I have looked at others with lust (especially in Sports Illustrated’s annual swimsuit edition—which, my fellow gawkers, comes out in May rather than February this year). Oops, I have married a divorced woman (and found it heavenly and divine, thank you, Jesus). Oops, I have been in court and have sworn an oath. I said the Pledge of Allegiance just last week at city hall where there were a lot of people swearing oaths on Bibles at the beginning of a new term. By the measure of Step 2, I (too!) am a “grossly immoral character.” Who isn’t by that measure? Even Mother Teresa had her moments of doubt, and she was just being honest.

Step 3: Final Diagnosis (Eternal Problem): The Ultimate Curse—Expelled and Worthless, on a Speedboat Back to Something Worse than Slavery

On the one hand, the first reading for this day, Deuteronomy 30:1-5, tells of the great “blessing” that God’s people receive IF they KEEP the commandments: God will “gather them in” to God’s word and world of promise. The prologue (FIRST WORD!) of the Ten Commandments (Exod. 20:1-2a) makes it clear that God’s words are all about keeping freed-people free, rather than enslaving them again.

On the other hand, Deuteronomy 28:68 tells of the great “curse” that will occur IF they DO NOT obey: rather than “gathering them,” God will EXPEL them on a speedboat back to slavery (Egypt), where they will offer themselves for sale as “slaves,” BUT THERE WILL BE NO BUYER!!! How is that for a kick in the butt after 40 years of wandering! 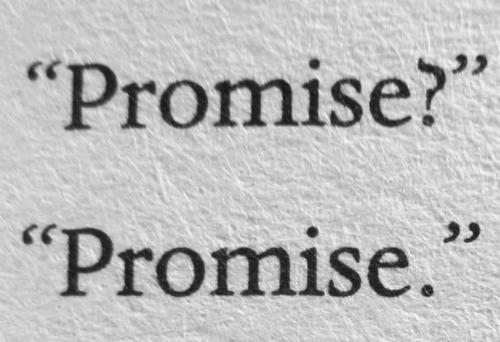 And yet, check out the original Hebrew and do not be misled by English translations (Exod. 34:28; Deut. 4:13; 10:4). In the Hebrew Scriptures (Old Testament), never are the Ten Commandments called “commandments” (mitzvah) observes Patrick D. Miller in his book, The Ten Commandments (p. 15). They are called “words” (dabar), which can be words of “command” and/or “promise.” They are the ten or so “Words” from God through Moses and—up the ante: Christ! And there are no “Ifs,” “Ands,” or “Butts” about it. EACH ONE contains a potent and precious promise of God through Christ Jesus, our good neighbor.

One: Jesus shows us we can trust and believe that God chose to be our steadfast God whether we are aware of it or not. Two: God gives to us God’s name (especially the name of Creator, Redeemer, and Saint-ifier) so that we can get ahold of God anytime we want with any need at all. Three: God gives us a day and a time to use God’s name and to tell us of the “beautiful day” and the “wonderful life” God has made for us through the life, death and resurrection of Jesus Christ, the One who keeps all those “words” (commands AND promises) for us and in our stead. Four: God gives us a good start in life through our parents. Five, Six, Seven, Eight: God protects our neighborhood, family, property, and reputation until we reach God’s new day in Christ. Nine & Ten: God protects us from all “false promises,” which are “lies” (“idols”) that, like a bunch of popped balloons, cannot deliver what they promise. [In the children’s sermon or confirmation class, have the kids write the names of their “idols” on blown-up balloons and then take a needle and pop them. The kids and those assembled will get the message loud and clear.]

Jesus has a word for that kind of faith. He calls it “blessed.”

For the Ten Commandments as primarily “promises,” rather than commands, see Gerhard O. Forde and James A. Nestingen’s classic confirmation curriculum Free to Be, which, thankfully, is still available at www.1517.media.