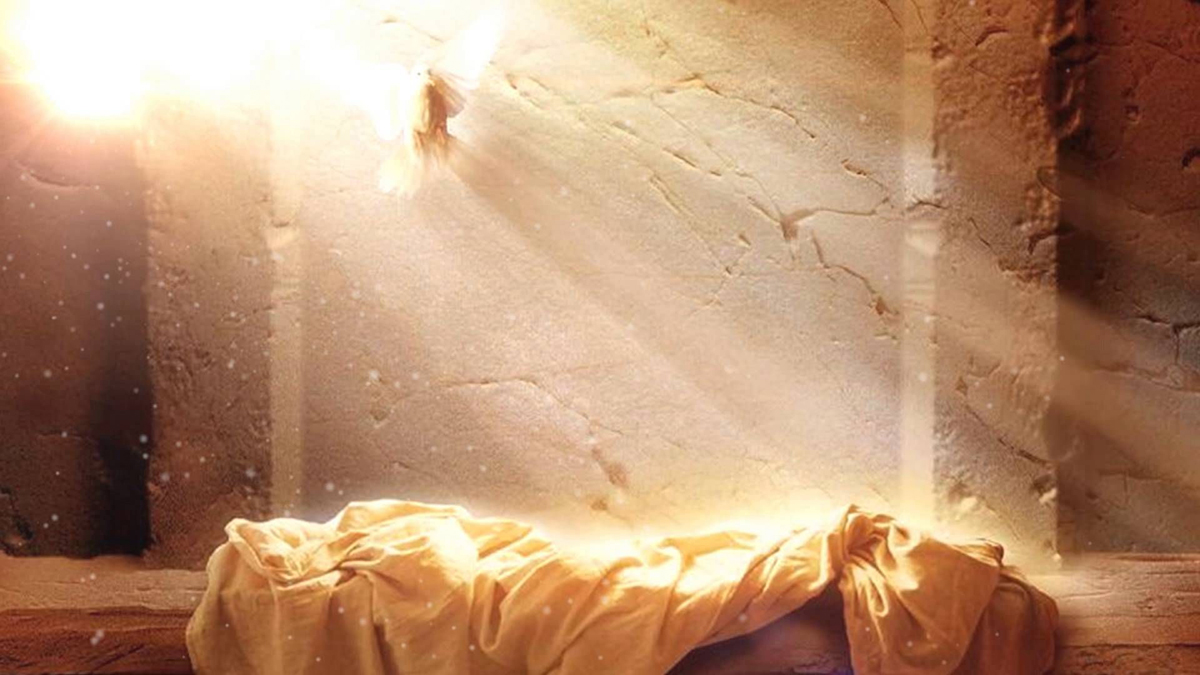 NO LONGER ISOLATED, BUT TOGETHER AS THE LIVING BODY OF CHRIST

19 When it was evening on that day, the first day of the week, and the doors of the house where the disciples had met were locked for fear of the Jews, Jesus came and stood among them and said, “Peace be with you.” 20 After he said this, he showed them his hands and his side. Then the disciples rejoiced when they saw the Lord. 21 Jesus said to them again, “Peace be with you. As the Father has sent me, so I send you.” 22 When he had said this, he breathed on them and said to them, “Receive the Holy Spirit. 23 If you forgive the sins of any, they are forgiven them; if you retain the sins of any, they are retained.”

24 But Thomas (who was called the Twin), one of the twelve, was not with them when Jesus came. 25 So the other disciples told him, “We have seen the Lord.” But he said to them, “Unless I see the mark of the nails in his hands, and put my finger in the mark of the nails and my hand in his side, I will not believe.”

26 A week later his disciples were again in the house, and Thomas was with them. Although the doors were shut, Jesus came and stood among them and said, “Peace be with you.” 27 Then he said to Thomas, “Put your finger here and see my hands. Reach out your hand and put it in my side. Do not doubt but believe.” 28 Thomas answered him, “My Lord and my God!” 29 Jesus said to him, “Have you believed because you have seen me? Blessed are those who have not seen and yet have come to believe.”

30 Now Jesus did many other signs in the presence of his disciples, which are not written in this book. 31 But these are written so that you may come to believe that Jesus is the Messiah, the Son of God, and that through believing you may have life in his name. 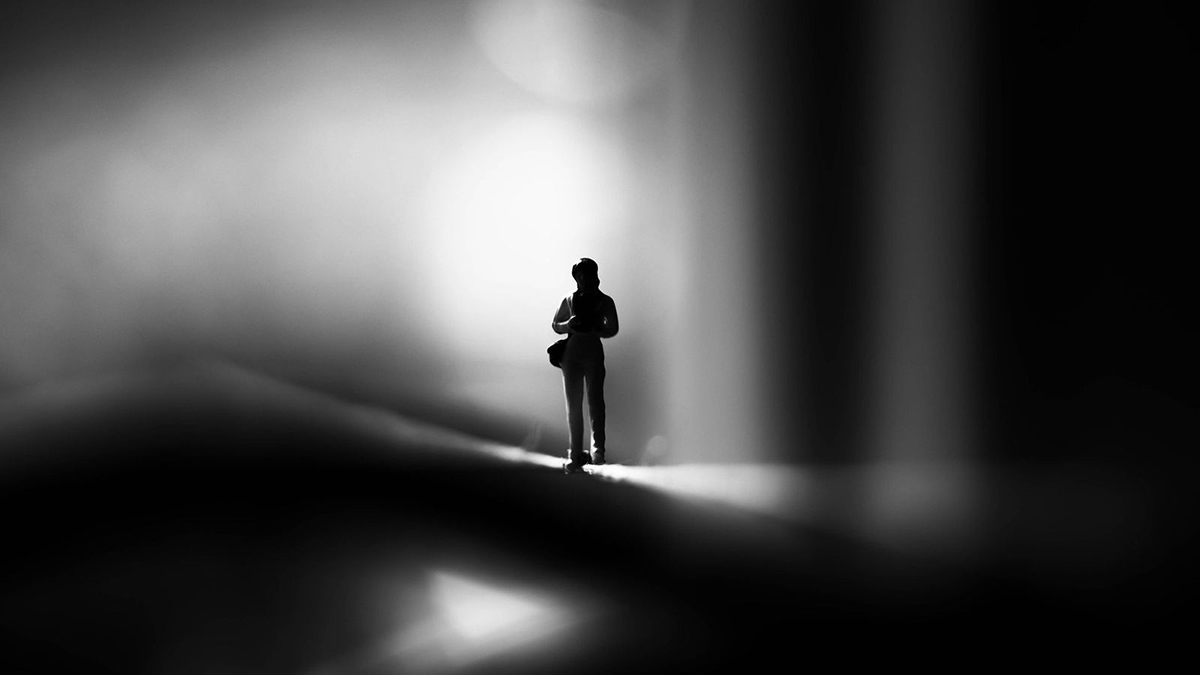 Grounding: On the evening of discovering Jesus’ empty tomb, the disciples sans Thomas meet in secret behind locked doors (thuron kekleismenon). They barricade themselves in fear of the Jewish authorities, because if these can get away with killing someone as famous and popular as Jesus, then what can’t they do? Jesus makes a miraculous appearance, but strangely, they don’t recognize him until after (oun) he reveals his scars. This echoes Mary’s encounter with the gardener earlier that day (20:14-18), as well as Jesus’ later appearance on a beach (21:4), where Jesus is unrecognizable until he gives a sign. But in this case, it’s not enough for Jesus to say, “Peace be with you” (20:19). The disciples expect more from Jesus. Thomas only distinguishes himself from the others because he articulates his expectations. Yet even when Jesus caters to them, it’s not enough to get them out from behind their locked (20:26). They remain determined to keep isolated despite the fact that Jesus commissions them to go (20:21).

Tracking: We isolate for many reasons, whether for fear, shame, depression, or something else. It impedes our lives and hinders our relationships.

Grounding: The disciples aren’t necessarily marked for death, but they act as if it’s a foregone conclusion. Being separated from Jesus, the source of their reassurance, leaves them defenseless against their worst fears taking hold. Their faith seems to have also evaporated in the void Jesus left behind. Jesus warned, “I lay down my life in order to take it up again…. I have power to lay it down, and I have power to take it up again” (10:17-18). They even witnessed his power over life and death in the resurrection of Lazarus (11:38-44). Yet, they have become skeptical, perhaps as a self-defense mechanism against further pain. If Jesus would just stay buried, they could come to grips and move on with their lives.

Tracking: One Jewish custom dictates that mourners don’t remember their departed loved ones with flowers on their graves, but with stones. One explanation for this might be that stones keep dead souls down, so that their survivors might be able to move on. Another such custom might be to pray, “Let me not die while I am still alive.” In the pain of grief and loss, we wish for a way forward with our lives. But at the same time, we have a strange sense that time as stopped for us, while the rest of the world seems to move on as if nothing has changed. It’s too much to bear, so we may seek isolation while we are unable to move on—fearing that if we did move on, we would become even further separated from our dearly departed.

Grounding: Nevertheless, Jesus has died, and the world did not stop turning upon his death. So, Jesus comes to commission the disciples. “As the Father has sent me, so I send you” (20:23). He also grants them authority to forgive or retain sins (20:23). But the disciples reject this call and continue their same isolation (20:26). They prefer to cling to a dead Jesus instead of a resurrected one who can absolve their sin, and through them, the sin of others.

Tracking: We cling to the memories of our loved ones to keep them present with us as they used to be, as if to bind them in time and space. Perhaps this is how we push back against the dread thought that God gives and takes, because we’re not ready to cede that sovereignty. Or perhaps their death reminds us too much of our own inevitable mortality. But either way, we cannot forestall the inevitable.

Grounding: Despite the disciples’ attempt to cling to Jesus as he was, they cannot stop Jesus from fulfilling his promise. He dies and is raised after three days. Not merely an apparition or a ghost, he comes to the disciples as real flesh and invites them to touch his wounds. Jesus has become living proof that death and judgment have indeed finally been overcome, both for him and for his disciples.

Crossing: Jesus likewise becomes present to us as his disciples through his living Word and holy Sacrament, inviting us to taste and see the goodness and faithfulness of our Lord.

Grounding: Jesus breathes the Holy Spirit into his disciples (20:22) to make faith in them, so that they might “not doubt, but believe” (20:27). Indeed, Thomas confesses, “My Lord and my God!” (20:28). Granted, Jesus doesn’t shy away from the truth. He says, “Blessed are those who have not seen and yet have come to believe.” Yet, the disciples are just as blessed, and even empowered by Jesus to be forgiven forgivers. But Jesus also knows that the disciples’ faith will dissipate. So, he continues to return to them, to sustain them by his Word and Spirit. “Now Jesus did many other signs in the presence of his disciples, which are not written in this book” (20:30). Further, his disciples will continue to be sustained in faith even after he ascends to his Father: “Holy Father, protect them in your name that you have given me, so that they may be one, as we are one” (17:11). Indeed, only this kind of faith could dare to be so bold as to make such a proclamation.

Crossing: This same resurrected Jesus does likewise to us: breathes the Holy Spirit into our hearts to make faith there. We are blessed because we have not seen, and yet have come to believe, by the power of faith alone. He will not be deterred by our deepest fears or the locked doors of our hearts. He doesn’t wait for us to ask but comes to us unbidden and unexpected. And by this faith, we trust that our dearly departed rest in the peace of God’s eternal embrace, until the day when we all will be joyfully resurrected. “In my Father’s house there are many dwelling places. If it were not so, would I have told you that I go to prepare a place for you?” (14:2).

Grounding: Indeed, Jesus tells the disciples, “As the Father has sent me, so I send you” (20:21). The disciples will unlock their doors and head out into the world, to proclaim Jesus’ promises to others, to teach, heal, and forgive sins as Jesus has empowered them to do (20:21, 23). They may still fear death, but the glory of the resurrection is a still more surpassing joy. And as they make disciples, those new disciples will do likewise, just as Jesus promised. “Very truly, I tell you, the one who believes in me will also do the works that I do and, in fact, will do greater works than these” (14:12).

Crossing: Jesus likewise sends us into the world, empowered to do the same works. Of course, unexpected losses will still come our way. Jesus never promised faith would be easy. But now, our losses also become gifts, because as we share our pain and suffering with others, they can trust that we really do know where they have been and where they are going. They can unlock their doors and let us sit with them in their sadness, no longer isolated, but together as the living body of Christ.