THE WIDOW, THE ORPHAN, AND THE RESCUED PREACHER

38 As he taught, he said, “Beware of the scribes, who like to walk around in long robes, and to be greeted with respect in the market-places, 39 and to have the best seats in the synagogues and places of honor at banquets! 40 They devour widows’ houses and for the sake of appearance say long prayers. They will receive the greater condemnation.”

41 He sat down opposite the treasury, and watched the crowd putting money into the treasury. Many rich people put in large sums. 42 A poor widow came and put in two small copper coins, which are worth a penny. 43 Then he called his disciples and said to them, “Truly I tell you, this poor widow has put in more than all those who are contributing to the treasury. 44 For all of them have contributed out of their abundance; but she out of her poverty has put in everything she had, all she had to live on.” 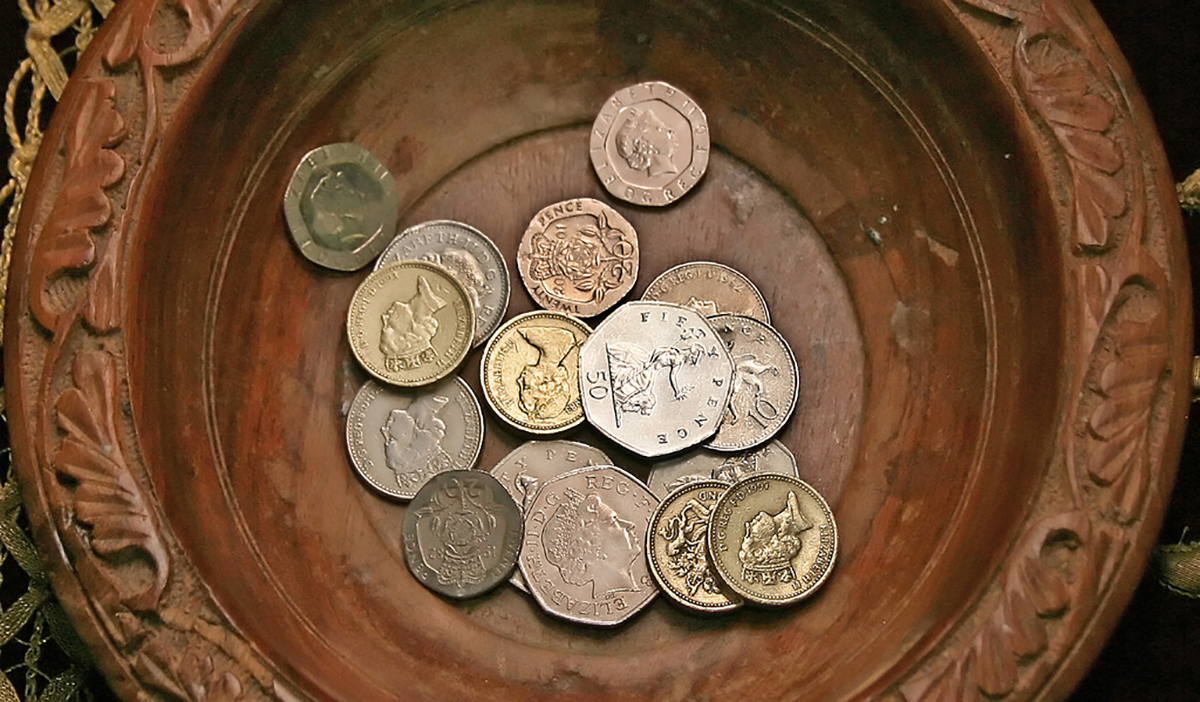 Beware of the clerics, draped in stoles and honorifics, who, holding forth at length from their places of honor this Sunday, will try to preach this text. Too many will botch it. Too few will chance the peril of getting it right. To be blunt: this is a nasty set of verses, bad news from start to finish, designed to expose us for the frauds we are. Take that opening shot across the preacher’s own bow, a shot so obvious that it’s cheap, and therefore insulting. We’d expect it, sure, from an H. L. Mencken or a Stephen Colbert. But from Jesus? Really, is “stupid” stamped on our foreheads that he should think he has to warn us about pompous, self-serving asses in religious garb? Or that he should treat us, in part two, to that other observation, equally banal, that a gift’s size is properly measured not in absolute terms but in proportion to the resources from which it’s drawn? Of course, we know that. Knowing it, we want our Lord to be saying something wiser, a tad more profound. Which is why, perhaps, too many of us insist on “rescuing” the text with moralistic glosses about the widow’s faith and virtue, none of which the text supports. Look again: she tosses in her mites, the only penny to her name, and thus a bigger gift by far than the $20,000 check the guy behind her drops. That’s all it says, nothing more (vv. 42-44). And that offends us.

Beware, though, of that huffy umbrage. As others have found, it isn’t safe to fuss and fume at a teacher like this with a knack like his for “knowing [our] hypocrisy” (12:15). We know it too, that habit of the heart (thank you, Robert Bellah et al.) by which we flout those very things we know to be obvious. Yes, that widow’s contribution merits notice–please, we get that! And when she drops her penny in our own collection plates, will we bother to notice? Once again, please! There are budgets to balance, building funds to beef up. Mites don’t pay bills. That’s reality, arising from a law not of our making but of God’s. So, who is he to blame us for using our praise and attention to chase that $20,000 check? Or for devouring the widow’s honor (if not her house, v. 40) in the annual effort to boost that check by another few grand? Isn’t that why we trick the widow up in those faith-and-virtue glosses and parade her around in our Stewardship Season? “She trusted God and gave her all. Can’t you?” (As if we who say or imply this are about to do it ourselves.) Shame on us! But isn’t the shame also God’s, his law having driven us to it?

Beware, then, of Jesus who reads our hearts and sees the attack on God’s majesty that lurks within them. Truth be told, it’s a fierce and ugly attack, greater by far than we’ll want to admit. Has it not crossed our minds that the real wolf, devouring the widow’s house, is God? He asks us via the psalm appointed for this day to laud him as the one who “upholds the widow and the orphan” (Ps. 146:9). How can we do that with a straight face? Has he not allowed the reduction of the present widow’s living to those two lousy mites? Finding her in this extremity, how dare he accept her gift? For that matter, what’s with Jesus, that he should sit there looking on, using the woman for his lesson in the obvious but doing nothing that we can tell to ensure that she gets some supper tonight? And we should buy his critique of our hypocrisy? Yet again, please! Thus the “greater condemnation” (v. 40) to which this text has driven us, greater because it’s mutual, God condemning us and we condemning God. We lose. Jesus says so (8:38), with a word that packs enough punch to kill a storm (6:39). What will it do to us carping human beings?

PROGNOSIS: “How Beautiful the Feet…” 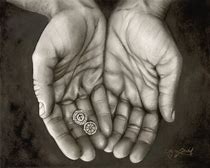 But look again–not at the text, but at the context; not at the words spoken but at the One who speaks them. This is the same Jesus whose piercing shriek from the cross will shortly testify to his having been orphaned (15:34), being thereby placed in the widow’s position which is finally our position too. He is, after all, the Son of Man, that prototypical human being whose experience of God embraces all human experience of God, from best to worst; who “came not to be served but to serve, and to give his life a ransom for many” (10:45), widows among them, thieves and hypocrites as well. Thus, as the widow dies and we die too, each ground to shreds by the brutal operation of God’s good law, so Jesus dies, stripped (15:20, 24) and bereft; though in his case that stripping and bereavement constitute a gift, his “whole life” (v. 44c, strictly translated) poured into the treasury from which our ransom gets drawn (see also 14:24). This is Jesus serving as anti-cleric, the one who turns our behavior (v. 40) on its head. For us he lets his house be devoured; for us he offers God the brief and honest prayer (as at Gethsemane, 14:36). In other words, loving neighbor as self and God above all (12:30-31) he keeps the law that kills him. No wonder God busts him loose from the tomb on the third day. No wonder his resurrected life as the Son of Man is the promise of our life too (13:27) and the end of all beefing, ours at God and God’s at us.

Now look at the widow all over again. Suddenly her significance comes clear. She is not, as we had thought, the accusing model of what we ought to do for God, but don’t. She is rather a signal of what Jesus is about to do for us. Thus, the placement of this story as the final episode in Jesus’ public teaching ministry and a segue into the ministry of his passion. So, do we keep waving this woman in the faces of the giving faithful as a guilt-inducing goad to bigger checks? Of course not! Instead we honor her as the harbinger of Christ’s gift, an excuse to preach the good news of Christ’s all poured out for us—every widow, every orphan, every fretting cleric who, seeing the bills, wishes that Michael Moneybags would cut loose with just a little more. And if he doesn’t? Christ is ours regardless; and the widows get honored not for their pennies but solely on his account; and so also with Michael M., however large or small the check he writes. Notice how we’re suddenly sprung from the trap of urging “oughts” that we ourselves will not obey. And instead of carping at Jesus I’m thanking him for buying my way out of the shame that was killing me.

Now look at me–look at us, God grant. Notice–surprise! –how we’re listening to Jesus with a fresh and blessed patience this Sunday. So, he belabors the obvious, does he? In doing so he grinds on us, yes? So, let him! Having seen him crucified we know his intent, and it is good. Very good! Good, like my own intent in weeding my garden or in trimming my nails. There is something dreadfully obvious about a hoe. Nail clippers win no awards for exciting tool of the year. I use them anyway because they do the job. So also, with this text-these words in Jesus’ mouth. They do the job. They chop at the weeds of my self-regard. They trim the inexorable growth of my hypocrisy. In doing so, they prepare the kind of soil that receives the word and brings forth grain, to borrow Jesus’ metaphor (4:8). Or in straightforward terms, they clear the way for today’s repentance and a fresh believing of God’s gospel all over again. Wouldn’t you know, that’s the very thing our Lord has had in mind for us since the day he started preaching (1:15). It’s his prime agenda still. And when his robed and honored preachers get this, watch how they will grasp this bitter text to preach it with Christ, and for Christ.