27 Some Sadducees, those who say there is no resurrection, came to [Jesus] 28 and asked him a question, “Teacher, Moses wrote for us that if a man’s brother dies, leaving a wife but no children, the man shall marry the widow and raise up children for his brother. 29 Now there were seven brothers; the first married, and died childless; 30 then the second 31 and the third married her, and so in the same way all seven died childless. 32 Finally the woman also died. 33 In the resurrection, therefore, whose wife will the woman be? For the seven had married her.”

34 Jesus said to them, “Those who belong to this age marry and are given in marriage; 35 but those who are considered worthy of a place in that age and in the resurrection from the dead neither marry nor are given in marriage. 36 Indeed they cannot die anymore, because they are like angels and are children of God, being children of the resurrection. 37 And the fact that the dead are raised Moses himself showed, in the story about the bush, where he speaks of the Lord as the God of Abraham, the God of Isaac, and the God of Jacob. 38 Now he is God not of the dead, but of the living; for to him all of them are alive.” 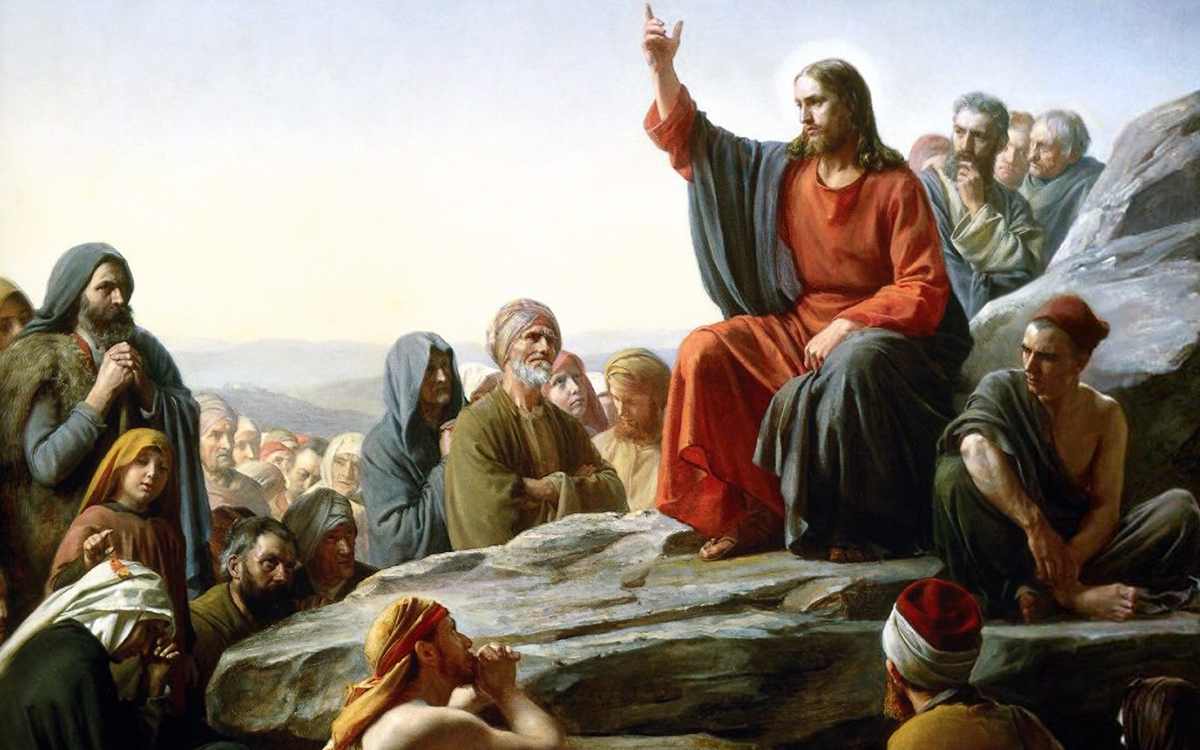 DIAGNOSIS: Bound to Be Right

Some of us love the kind of debate the Sadducees sought with Jesus. True Story: Two erudite and pious rabbis discussed when it would be permissible to call the doctor to visit a sick child on the Sabbath. Going back and forth with each they cited scripture and the tradition. They considered the temperature of the child and the temperature in the child’s room. They took into account the child’s pain and the nature of the medical condition. On and on they talked. The one who initiated the discussion turned to a third rabbi, who had been quiet throughout the debate, and asked, “What do you think?” He replied, “You call the doctor when the child’s mother says it’s time to call the doctor.” With that the debate was settled.

We have such discussions as we seek to live as God’s faithful people. As these debates unfold in Luke, however, the purpose of them is to trap Jesus. Jesus’ various opponents seem to be in competition. The Chief Priests and Scribes gave it a go with the question about paying taxes. Now it is the turn of the Sadducees.

Step 2: Advanced Diagnosis (Internal Problem): The Bondage of the Will

The purpose of the debate may be in service of faithful living. However, because our human nature is what it is, we are bound to distort the purpose of the debate. We use the debate to serve our own will. We desire to be right. What our deformed will desires is to locate our righteousness in ourselves, in our arguments, our intellect, our actions. We covet righteousness and are thereby trapped in law breaking. Coveting transgresses two commandments in our enumeration of them. In Romans 7 Paul describes finding himself trapped in this way.

Our will to be right is poisonous. When the Chief Priests and Scribes will was thwarted it turned to resentment, the resentment to conspiracy, the conspiracy led to Jesus’ death. Our bondage to being right consumes us, keeps us awake at night, kills our relationships, also our relationship with God.

In Romans 7:23 Paul confesses that he is captive to sin. We acknowledge our bond with Paul in the same affliction. We are in bondage to sin. We are far from righteous. Our end is the grave. God’s judgment is harsh. We are bonded over to death.

PROGNOSIS: Bonded over to Christ

Waiting for the train to the terminal in the Tampa Airport the recorded announcement proclaimed, “This train is bound for….” No, the announcer did not say glory, but that is what I heard. Woody Guthrie wrote the original. In his version the train bound for glory carries only the righteous and the holy. I’m not on that train. Bruce Springsteen describes a different train in his song “Land of Hope and Dreams.” In his version this train carries saints and sinners, losers and winners, lost souls, and broken-hearted people. The one who invites us onboard says, “If you’re weary, lay your head upon my chest. I will provide for you. And I’ll stand by your side.” Springsteen wrote the song with Curtis Mayfield. I have no idea what or who they had in mind but it sure sounds like Jesus to me.

The risen Christ invites Chief Priests, Scribes, Sadducees, and all who are grievance-and-resentment laden to follow John’s example at the Last Supper and lay our head on his chest. He promises to provide for us and to always stand by our side.

Step 5: Advanced Prognosis (Internal Solution): Bound to Him for Life

In a hymn attributed to St. Patrick we sing,

“I bind this [baptismal] day to me forever,
By power of faith, Christ’s incarnation,
His baptism in the Jordan river,
His cross of death for my salvation,
His bursting from the spiced tomb,
His riding up the heav’nly way,
His coming at the day of doom,
I bind unto myself today.”

The faith that receives the promises of baptism and the waters of baptism that engender and nurture our faith, these bind us to Christ.

Bound to Christ we hand our resentments over to him. He wants them. Let him feel their poison, breathe their fumes. He wants to do that for us. In turn he wants us to taste his love and breathe his forgiveness.

“On account of Christ and by faith alone we are justified, that is, out of unrighteous people we are made righteous or are regenerated” (Apol. IV 139:117).

It is a paradox and true; in bondage to Christ we are free.

We seek to live as God’s faithful people. For that purpose God gives us the gospel, which, Luther writes, “gives guidance and help against sin in more than one way, because God is extravagantly rich in his grace; first, through the spoken word, in which the forgiveness of sins is preached to the whole world (which is the proper function of the gospel); second, through baptism; third, through the holy Sacrament of the Altar; fourth, through the power of the keys and also through the mutual conversation and consolation of brothers and sisters” (Smalcald Articles [4:] Concerning the Gospel).

Human flourishing is a phrase I often see in religious publications. Luther gives guidance in the above quote for what leads us to flourish with God and one another. Luke provides a vivid example of those who work against such flourishing. The preacher might think of a counter narrative of the gospel flourishing in the life of another so that the community around her thrives. And thrives to the glory of God.