Asking for Death, Getting Life

James and John, the sons of Zebedee, came forward to him and said to him, ‘Teacher, we want you to do for us whatever we ask of you.’36And he said to them, ‘What is it you want me to do for you?’ 37And they said to him, ‘Grant us to sit, one at your right hand and one at your left, in your glory.’ 38But Jesus said to them, ‘You do not know what you are asking. Are you able to drink the cup that I drink or be baptized with the baptism that I am baptized with?’ 39They replied, ‘We are able.’ Then Jesus said to them, ‘The cup that I drink you will drink; and with the baptism with which I am baptized, you will be baptized; 40but to sit at my right hand or at my left is not mine to grant, but it is for those for whom it has been prepared.’

41When the ten heard this, they began to be angry with James and John. 42So Jesus called them and said to them, ‘You know that among the Gentiles those whom they recognize as their rulers lord it over them, and their great ones are tyrants over them. 43But it is not so among you; but whoever wishes to become great among you must be your servant,44and whoever wishes to be first among you must be slave of all. 45For the Son of Man came not to be served but to serve, and to give his life a ransom for many.’ 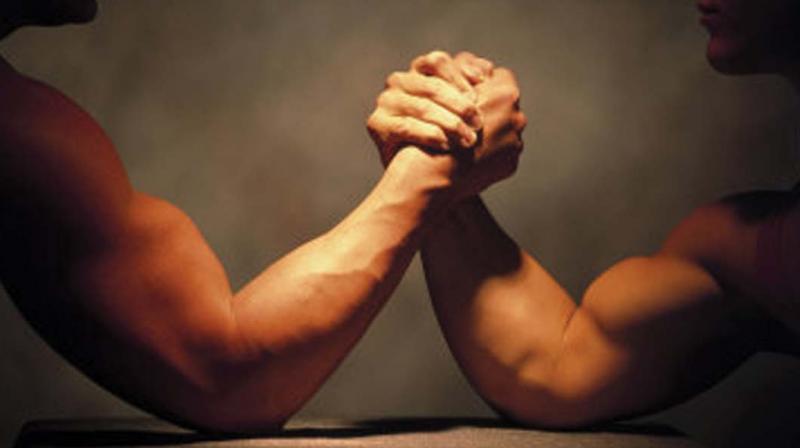 A friend of mine recently broke his arm. He was treated at the emergency room but had to be referred to a specialist to see if he needed to have further treatment. The trouble was, he couldn’t get an appointment with a specialist for several weeks. Fortunately, his daughter-in-law is a doctor, and knows the specialist in question. She had an “in.” So, she got on the phone with him to see if he could work her father-in-law in to his schedule right away. “No problem!”

James and John are catching on that this Jesus guy they’ve been following is going places. Big places. Messiah-sized places. He’s the one his people have been waiting for, the one who will kick out the Roman oppressors and make Israel great again. And they know him! Maybe they can cash in.

My friend’s daughter-in-law did what I would have done in her place—what any of us do when we have the chance. Because that’s the way the world works. “It’s not what you

know, it’s who you know.” Its why networking is touted as a necessary skill in the business world. It’s why access to people in power (a.k.a. lobbying) is so highly valued. Those with connections get better treatment than those who don’t. And who you know can sometimes make the difference between life and death.

James and John know this. They want to position themselves for the coming regime change. When Jesus comes to power, they’ll have power too. That’s how it works.

Except that it doesn’t work. For every sick or injured patient with connections there are many more without. Limited resources are not equally shared. And for those without insurance (another kind of connection—something you get from your employer, if you’re lucky, or pay for yourself if you can afford it), the outlook is often bleak. They may never see the specialists they need, or have their condition taken seriously.

James and John’s trust in the ways of the world makes them captive to a system that God is in the process of overthrowing. And that, of course, makes them God’s enemies. Which is supremely ironic, because what they are actually asking for is the death penalty. Jesus’ glory will be his death on the cross, and at his right and left hand will be two others being likewise executed.

Step 4: Initial Prognosis (Eternal Solution): Getting the Gift of Life

Jesus’ death will turn out to be different from all other deaths, however. By giving his life he will undo death’s power. The grave will not hold him. And because James and John will be baptized with Jesus’ baptism, the grave will not hold them either. Sharing in his death, they also share in his life, on both sides of the grave. And that goes for us too, and all who are baptized into his death and resurrection. 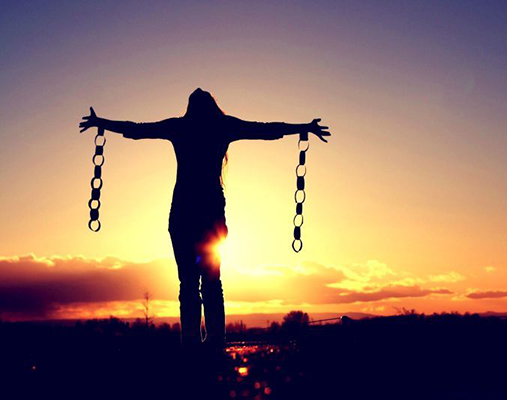 Jesus’ gift of new life begins to realign our allegiances. With James and John, and with Jesus’ disciples of every time and place, we see the ways of the world leading to a dead end. Our old loyalties to family, friends, and nation now get broadened into loyalty to God, together with all who bear God’s image.

The care and redemption of all that God has made becomes our motivation. Alive in Christ, we work to change our own practices and the systems that shape them so that they serve the common good, confident that the reign of God is even now making its way into the world.