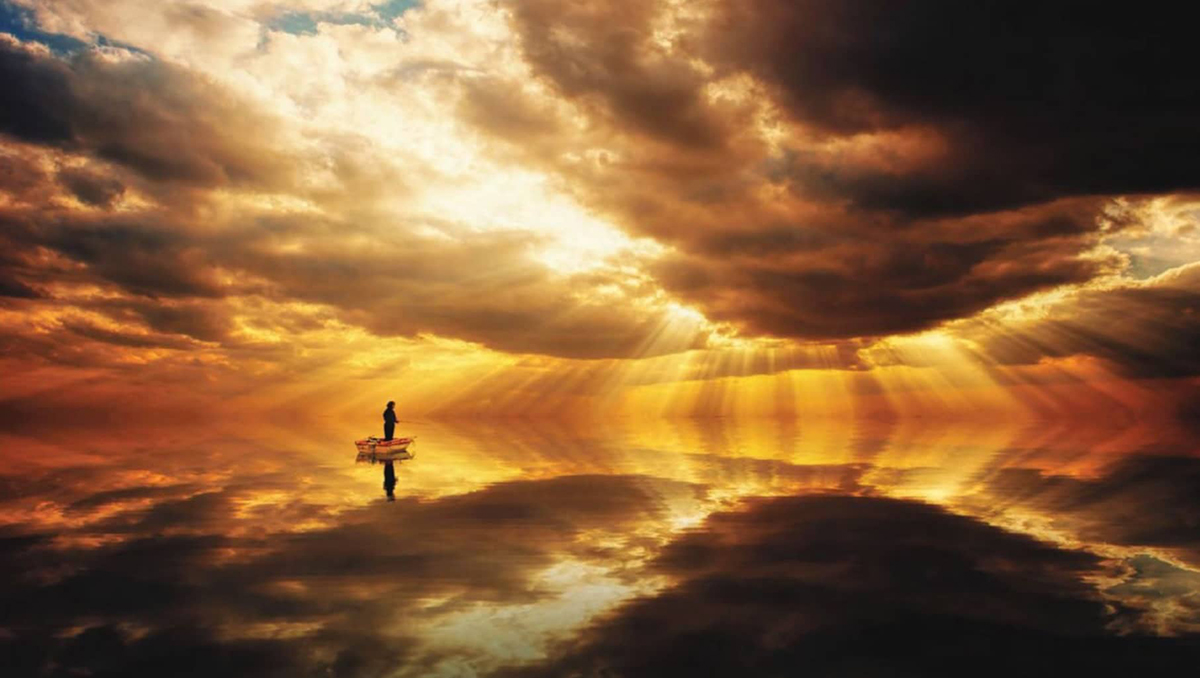 BELONGING TO THE GOD OF THE LIVING

23 The same day some Sadducees came to him, saying there is no resurrection; and they asked him a question, saying, 24 “Teacher, Moses said, ‘If a man dies childless, his brother shall marry the widow, and raise up children for his brother.’ 25 Now there were seven brothers among us; the first married, and died childless, leaving the widow to his brother. 26 The second did the same, so also the third, down to the seventh. 27 Last of all, the woman herself died. 28 In the resurrection, then, whose wife of the seven will she be? For all of them had married her.”
29 Jesus answered them, “You are wrong, because you know neither the scriptures nor the power of God. 30 For in the resurrection they neither marry nor are given in marriage, but are like angels in heaven. 31 And as for the resurrection of the dead, have you not read what was said to you by God, 32 ‘I am the God of Abraham, the God of Isaac, and the God of Jacob’? He is God not of the dead, but of the living.” 33 And when the crowd heard it, they were astounded at his teaching.
34 When the Pharisees heard that he had silenced the Sadducees, they gathered together, 35and one of them, a lawyer, asked him a question to test him. 36 “Teacher, which commandment in the law is the greatest?”

37 He said to him, “‘You shall love the Lord your God with all your heart, and with all your soul, and with all your mind.’ 38 This is the greatest and first commandment. 39 And a second is like it: ‘You shall love your neighbor as yourself.’ 40 On these two commandments hang all the law and the prophets.”
41 Now while the Pharisees were gathered together, Jesus asked them this question: 42 “What do you think of the Messiah? Whose son is he?” They said to him, “The son of David.” 43 He said to them, “How is it then that David by the Spirit calls him Lord, saying, 44 ‘The Lord said to my Lord, “Sit at my right hand, until I put your enemies under your feet” ‘? 45 If David thus calls him Lord, how can he be his son?” 46 No one was able to give him an answer, nor from that day did anyone dare to ask him any more questions.

Author’s Note: Jesus’ final discourses and conversations in Matthew’s Gospel have to do with ultimate concerns, like death, taxes, and the lasting meaning and significance of our lives and loyalties.

DIAGNOSIS: Making Certain Our Lives Will Have Mattered

Step 1: The Importance of Growing Our Own Seed

Like our Sadducee siblings, some of us have doubts about that whole afterlife thing, whether it’s called resurrection, meeting our Lord in the air, a new heaven and new earth, or whatever. Hence, we practice ancient, trusty ways of ensuring the permanence of our names, if not our faces. We strive to keep our genes in the pool. If we can help it, we’ll leave no womb (metaphorical if not literal) unfruitful. We can’t leave widows without offspring to care for them after their childbearing years, but more importantly, we can’t let the family and our name die out. We’re practical. We work at it. And, like our Pharisee brothers and sisters, also legendary for their work ethic, some of us believe in the afterlife, but we know full well no one gets there without the hard work of following the statutes, ordinances, and commandments of God. Do this, and you will live, says the Book. Accordingly, we pharisaic followers are practical, too. We work (and work and work) at it. We always recycle, and these days go nowhere without our masks. Moreover, all of us together, irrespective of the afterlife, look for the reign of the messiah who will trump even the great King David, slayer of enemies by the tens of thousands as he made an everlasting name for Israel and for himself. Sometimes we must make some noise and hurt some people so we might see one of our own atop the heap once more. To hell with anyone foolish enough to forget us or take us lightly.

Step 2: Advanced Diagnosis (Internal Problem): It’s Hard to Believe, Even in Ourselves

We recognize even in our clever joke about the seven brothers sharing a single, handed-down wife the fear and emptiness that linger in the shadows of our finitude and the pathetic limitations on our understanding of what about us, if anything, has eternal significance. In sober moments we see also that our efforts to earn a good and lasting name, much less an eternal reward, leave us flailing about amid too many questions regarding satisfactory compliance. We need an easier, simpler law code, or failing that, a hermeneutic that will let us sort through the inevitable dilemmas and let us believe we can comply well enough to reckon ourselves among the good and the just. As for the messiah, the kind we really want most is one who will convince us that our way of living and treating others is right, righteous, God-pleasing, and certain to earn us public admiration and a share of control over all who remain less right and righteous than we are.

All seven brothers died trying unsuccessfully to impregnate that unfortunate serial widow. When she dies as well, immortality of the sort the Pharisees sought and the Sadducees mocked had eluded them all. Moreover, neither group could imagine and didn’t really want some kind of weird eternity that lacked an orderly patriarchy in which everyone knew who rightfully owned each available woman. Along with them all, led astray by earth-bound (a.k.a., nomological) thinking, we go down to the dust. Bad enough that we go down condemned in heaven’s eyes as well as our own for all our faults and shortcomings, secret and otherwise, but we go down having spurned and distrusted the one thing that links us to eternal life, namely, the love of God who knows and cherishes every living creature who ever has or ever will walk on the earth and asks that above all else we return that love by loving those whom God loves—all of them. Even as we pay lip service to the law of love, we follow and imitate would-be messiahs who trample enemies underfoot. Alas, there are so many enemies, and inevitably, we find ourselves among them, the flattened and forgotten.

Step 4: Initial Prognosis (Eternal Solution): Covered in the Blood of the Trampled

Jesus was already in Jerusalem for the last time when the Sadducees came with their “question” and the Pharisees’ lawyer put Jesus to the test. Two days later he would be anointed for burial and soon after trampled and killed at the hands and under the feet of his own people as well as the empire. “King of the Jews,” said the executioner’s caption over Jesus’ head. As every Jew knew, it could have said “Son of David,” except that Jesus chose not to slay anyone, not even two or three, much less tens of thousands like his famous, lordly ancestor. Instead, it was his own blood that got on everyone that day and also on their children, including all us latter-day children, the myriad still to come, plus all who came before, even that ancient, bloodiest-ever king and poet who once begged for a perfect cleansing. Jesus’ blood is the blood of atonement, the lifeblood of the cup we drink for the forgiveness of sins. Thus washed and nourished, we live reconciled, held eternally in the embrace of the God of the living, who never gives up on anyone.

The longer one lives in the company of the body of Christ, the current incarnation of the God of the Living and David’s trampled son and Lord, the less one needs or even wants to know about “what it looks like” after we go down to the dust but still remain in that eternal embrace. For sure we’ll no longer buy and sell marriage partners, and maybe we’ll be like angels and dance on pinheads (or perhaps even the pointy end), but mostly we’ll be with Christ and in God, and we’ll be, have, and do whatever Jesus is, has, and does. That means we can content ourselves with two commandments, beginning with the one that asks us to love and trust God enough so that we can go cold turkey on all the legalistic fetishes and self-designed orthodoxies by which we fancy earning a place in a phony heaven made of rules and hierarchies.

And one more thing. There will be no one under our feet, either here in the dress rehearsal or in whatever comes after. David’s trampled Lord, exalted cross-high so he might be Lord of heaven and earth, clothes himself now in our flesh and blood and haunts all the places where the lonely, lost, and broken cry out, “My God, my God, why . . . ?” We have no need to dominate the gene pool or sit as judges in the SCOTWW (Supreme Court of the Whole World). Instead of consigning others to well-earned states of perdition, we faithfully follow brother Peter to his mission station in hell, where we bust up the place and say, “Come with us. It’s never too late. Let’s rejoice and be glad together in the home of the God of the Living, which, by the way, just happens to be right here, where we are now.”