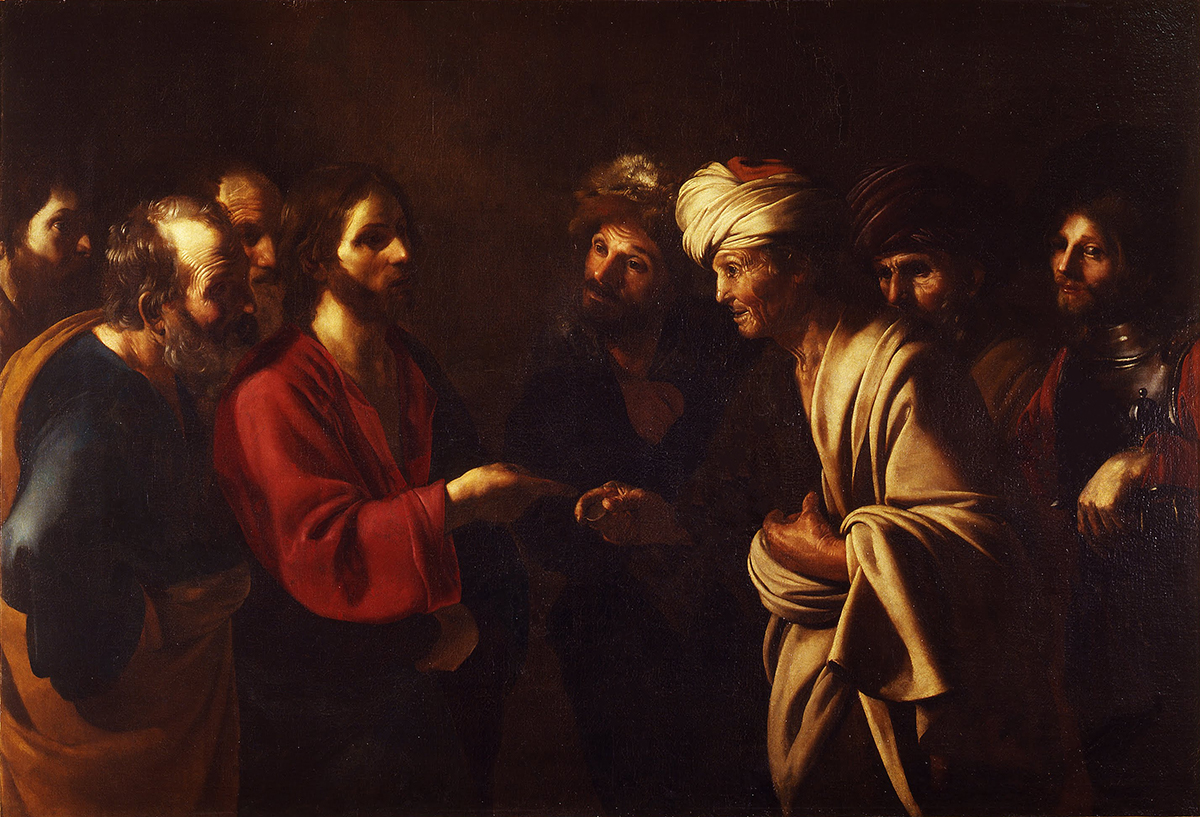 Then the Pharisees went and plotted to entrap him in what he said. So they sent their disciples to him, along with the Herodians, saying, “Teacher, we know that you are sincere, and teach the way of God in accordance with truth, and show deference to no one; for you do not regard people with partiality. Tell us, then, what you think. Is it lawful to pay taxes to the emperor, or not?” But Jesus, aware of their malice, said, “Why are you putting me to the test, you hypocrites? Show me the coin used for the tax.” And they brought him a denarius. Then he said to them, “Whose head is this, and whose title?” They answered, “The emperor’s.” Then he said to them, “Give therefore to the emperor the things that are the emperor’s, and to God the things that are God’s.” When they heard this, they were amazed; and they left him and went away.”

The Pharisees and Herodians have a problem. The whole city was stirred up in turmoil at Jesus’ entry into Jerusalem (21:10). Jesus’ cleansing of the temple (21:12-13) has created a crisis for these religious/political leaders. Jesus has become very popular and is regarded by many in the crowd as a prophet (21:46). His teachings and followers are a serious threat to them.
Although they make strange allies, the Pharisees and Herodians join forces sending their disciples with a plot to expose Jesus as a false prophet. As these disciples come to Jesus they attempt to disarm him with excessive and insincere flattery, but their intent is hostile. They are not earnestly interested in learning from Jesus how much to give to God and how much to give to the government.

Their strategy is to pose a trick question to Jesus before the crowds. “Tell us, then, what you think. Is it lawful to pay taxes to the emperor, or not?”
They think they’ve got him trapped. If Jesus answers Yes, he will alienate himself from his many supporters who hated the Romans and detested their taxes. If he answers No, he will give his opponents a charge they may take to Pontius Pilate.

But it is the disciples of the Pharisees and Herodians who have a problem, and it is a much deeper problem than having their religion and politics threatened by Jesus. The issue is grounded in Jesus’ question, “Why are you putting me to the test, you hypocrites?” Jesus knows that evil often seduces with flattery. He sees right through their excessive and insincere flattery; he sees the evil motives in their hearts. Not only do they NOT believe Jesus is a prophet of God (much less God’s Messiah!), they wish to rid themselves of Jesus. They pay lip service to faith in the one true God, but in practice their faith is in the words of their earthly religious (church) leaders and their earthly political (state) leaders. The living Word of God is speaking directly to them, yet they are rejecting him and conspiring against him.

It is these disciples of the Pharisees and Herodians who are now entrapped by Jesus response to their trick question (22:19-21). Worse still for them is their response to the amazing wisdom and words of Jesus: they walk away (22:22)! Ironically, the very law of God with which they hypocritically sought to entrap Jesus now condemns them!

The Good News is that it is for people just like these Pharisees and Herodians that Jesus has come (i.e. people like us). On Good Friday Jesus stands alone with both Pharisees (the church) and Herodians (the state) conspiring against him. On Good Friday Jesus obeys God’s will by giving Himself over to be condemned by church and state. On Good Friday Jesus suffers and dies on a cross for the sins of the world. But on Easter Sunday God raises Jesus from the dead! Amazingly, by his death, resurrection, and ascension Jesus overcomes the power of the Law to condemn. The cross of Christ tricks and traps the power of sin, evil, and death. As Saint Paul reminds us, there is therefore now no condemnation for those who are in Christ Jesus (Romans 8:1).

Thus those in Christ no longer see Jesus as a threat. Rather, they rest safely and confidently in his arms striving to live their lives as faithful disciples.

There are times when the church can support the state and there are times when the church must resist the state, but the distinction between these times is not always clear and simple. Moreover, the answer to the question of whether to support or resist is never final; the issue is raised again and again with each new situation. Yet, trusting the promises of Christ, there are times when disciples of Jesus get to experience the joy of giving to God the things that are God’s and to the emperor the things that are the emperor’s. Even in the midst of uncertainty they feel safe in Jesus. Perhaps most importantly, when called upon to do so, disciples of Christ are empowered to obey God in those trying times when they too find church and state are conspiring against them.