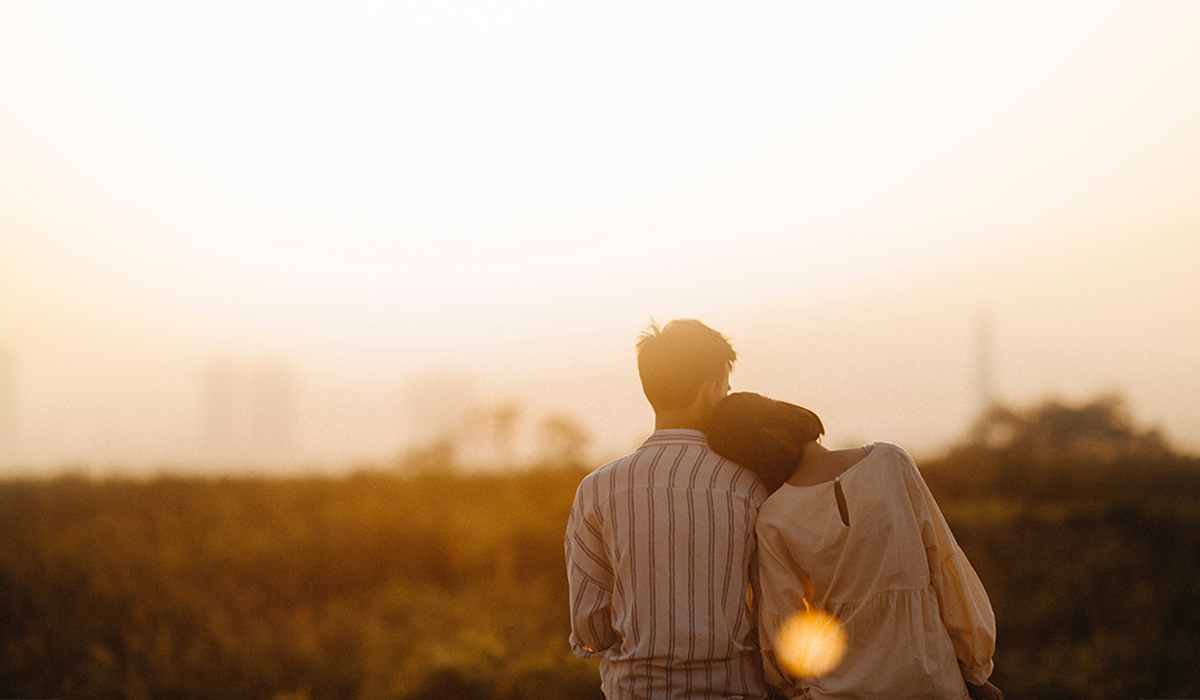 Bringing up the Past

2 Some Pharisees came, and to test him they asked, “Is it lawful for a man to divorce his wife?” 3He answered them, “What did Moses command you?” 4They said, “Moses allowed a man to write a certificate of dismissal and to divorce her.” 5But Jesus said to them, “Because of your hardness of heart he wrote this commandment for you. 6But from the beginning of creation, “God made them male and female.” 7 ‘For this reason a man shall leave his father and mother and be joined to his wife, 8and the two shall become one flesh.’ So they are no longer two, but one flesh. 9Therefore what God has joined together, let no one separate.”
10 Then in the house the disciples asked him again about this matter. 11He said to them, “Whoever divorces his wife and marries another commits adultery against her; 12and if she divorces her husband and marries another, she commits adultery.”
13 People were bringing little children to him in order that he might touch them; and the disciples spoke sternly to them. 14But when Jesus saw this, he was indignant and said to them, “Let the little children come to me; do not stop them; for it is to such as these that the kingdom of God belongs. 15Truly I tell you, whoever does not receive the kingdom of God as a little child will never enter it.” 16And he took them up in his arms, laid his hands on them, and blessed them.

Author’s Note: There are some excellent text studies already posted on this Gospel reading LINK. I encourage you to read all of them, including Eric Evers work that inspired my thoughts. 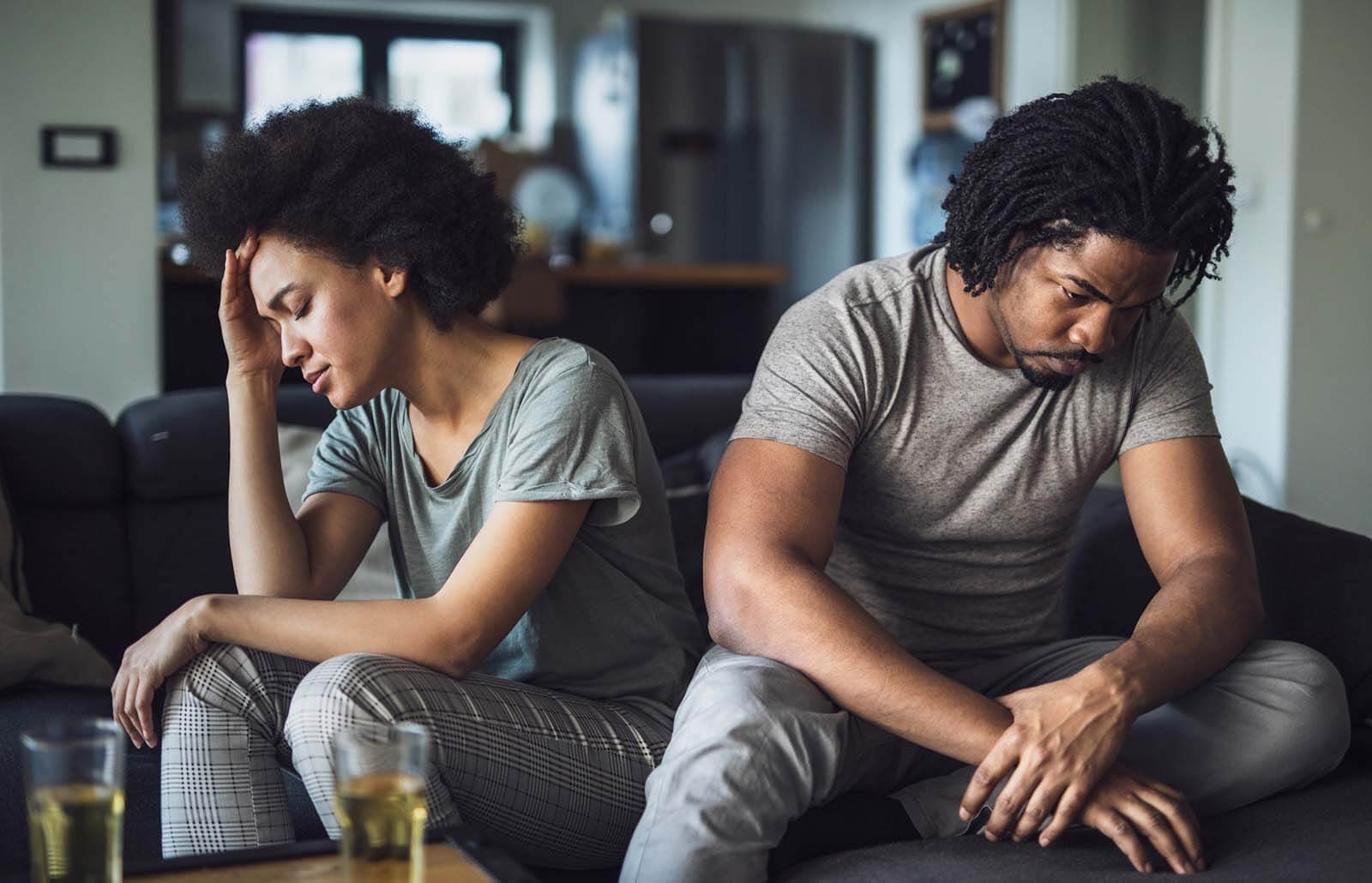 Fortunately, there is another, different past that we can claim: a past that brings healing (salvation)—not just to broken marriages, but to broken, God-forsaken, hardened hearts as well.

DIAGNOSIS: The Past That Destroys

Bob and Sally were fighting again, flinging accusations—Bob angry and Sally weeping. “You always act like this. Remember when….” Sally accused, but Bob interrupted bitterly, “You always have to bring up the past, don’t you?” “I can’t help it,” she replied, “It still hurts, and you’ve never said you were sorry!” “Just get over it,” Bob snapped as he slammed the door shut and disappeared for the evening.

Alas, Bob and Sally’s marriage is not the happy union they imagined it would be on their wedding day.

Step 2: Advanced Diagnosis (Internal Problem): “You always have to be right!”

When Bob returned, the accusations continued. “The problem with you is that you always have to be right,” he said. “That’s because I am right,” Sally retorted, “and you’re the one who’s wrong! Everyone in the world would agree with me about that.”

In the beginning, Jesus notes, God created the world to run off God’s self. But alas, temptation became too great, and humans succumbed to trusting the Creator’s preservation-system (the Law) rather the Creator. Hence, Bob and Sally have become straight-jacketed by the laws of “you gotta”: You gotta perform, you gotta be perfect, you gotta be right,” and so on. But of course, that kind of performance-living ends reducing the people around you to being a means to your own ends. Jesus called it hard-heartedness.

“You never loved me,” Sally laments. Bob yells back, “I can’t take this anymore. I want out! This is a living hell!” Sally crumples, sobs, she’s in hell too! All she ever wanted was to be loved, and now, not only is she unloved, but she also feels abandoned—alone, distraught. It’s a living hell for both of them.

Bob and Sally’s failure reveals an even deeper failure, namely, neither had welcomed nor received the “kingdom of heaven” that is in their midst. Unlike the little children who trustingly jumped into Jesus’ lap, these two had insisted on earning what they got. They pushed Almighty God out of their lives—except as their Judge. Alas, the Creator leaves them to deal with the very system in which they have placed their trust. But it judges them. The end result? Justice is served. The kingdom of heaven is not theirs.

PROGNOSIS: Take Two: A Past that Makes All the Difference

Step 4: Initial Prognosis (Eternal Solution): Bringing Up a Different Past

Fortunately, there is another, different past that both Bob and Sally can claim: a past that brings healing (salvation)—not just to broken marriages, but to broken, God-forsaken, hardened hearts as well. It’s a past that can turn hell into heaven. That past began with the promise that Almighty God made “at the beginning” to rescue humanity from its own hells (both present and eternal). God fulfilled God’s promise some 2000 years ago, when God became human in the person of Jesus, who descended into hell to “satisfy” the system that only judges and rescue us from hell.

When Almighty God raised Jesus, Jesus happily offered Bob and Sally, “Come with me.” “Why would you invite us?” they ask, holding on for dear life. Comes the heavenly response: “Because we’ve always loved you dearly! It’s not a love you can deserve, we just give it freely! Now dear children, come along.”

Bob and Sally had been baptized, but they had never claimed or lived it. But now this amazing “past” has resurfaced in their lives. (Long story, they had attended their nephew’s baptism and heard some incredible promises.) They heard about “the sweet exchange: Jesus trading their sin and death for his righteousness. And … what do you know? They believed it. Their hardened, self-justifying hearts began to soften and melt!

As they absorbed the significance of what all Jesus had gone through—for them!—they quit trusting themselves (or each other) for their right-ness, for their value, and they began to trust Jesus’ righteousness. They learned that they could drop the old straight-jacket of the “you gottas” (the Law), and start behaving as if they were already living in the kingdom of heaven (living by mercy), which of course, they were. They called their baptismal anniversaries “freedom days.”

Step 6: Final Prognosis (External Solution): Forgetting the Past and Trusting Jesus for the Future

What do you know. Bob and Sally began treating each other differently. Bob brought up the past again, but this time in a different way: “I was wrong, Sally. Please forgive me.” To which Sally replied, “I love you, Bob. Let’s move on.” They changed in other ways as well, namely, they began paying attention to people they worked and lived with. “Hey neighbor, need some help with your yard work?” “Hey grandma, can we bring supper over tonight?” “Hey friends, let’s figure out one thing we can do to save our environment together.”

Mind you, neither they nor their marriage were perfect and, of course, they knew that. But they knew they could trust God’s baptismal promise and live boldly.