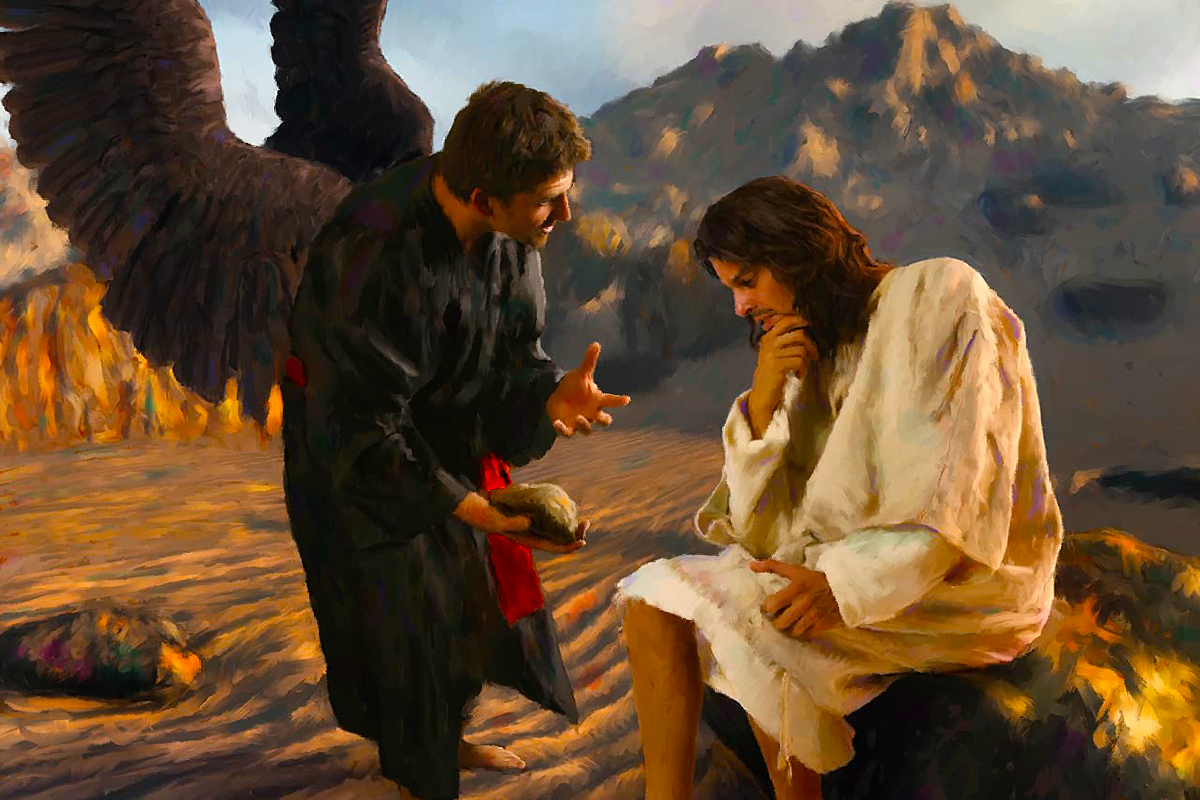 Lucifer, We Need to Talk

Once more Jesus spoke to them in parables, saying: 2 “The kingdom of heaven may be compared to a king who gave a wedding banquet for his son. 3 He sent his slaves to call those who had been invited to the wedding banquet, but they would not come. 4 Again he sent other slaves, saying, ‘Tell those who have been invited: Look, I have prepared my dinner, my oxen and my fat calves have been slaughtered, and everything is ready; come to the wedding banquet.’ 5 But they made light of it and went away, one to his farm, another to his business, 6 while the rest seized his slaves, maltreated them, and killed them. 7 The king was enraged. He sent his troops, destroyed those murderers, and burned their city. 8 Then he said to his slaves, ‘The wedding is ready, but those invited were not worthy. 9 Go therefore into the main streets, and invite everyone you find to the wedding banquet.’ 10 Those slaves went out into the streets and gathered all whom they found, both good and bad; so the wedding hall was filled with guests. 11But when the king came in to see the guests, he noticed a man there who was not wearing a wedding robe, 12 and he said to him, ‘Friend, how did you get in here without a wedding robe?’ And he was speechless. 13 Then the king said to the attendants, ‘Bind him hand and foot, and throw him into the outer darkness, where there will be weeping and gnashing of teeth.’ 14 For many are called, but few are chosen.”

Author’s Note: I borrow my play on the words “dependent” and “independent” from Robert Bertram, found in the piece “X is for Christ-ening,” in the book A Time for Confessing (edited by Michael Hoy; William B. Eerdmans Publishing Co., Grand Rapids, MI: 2008). It is as part of an essay entitled “Postmodernity’s CRUX.” In it, Bertram begins with the premise that “God is that One on whom all things depend” (p. 188). He also observes that Jesus’ godhood involves being God-dependent, arguing: “but that is our glory as well, that the One who eventually assumed our fallen condition was, already prior to becoming human, not only a God on whom all things depend but also a God (the same God) who on God depends” (p. 190). Real freedom, Bertram concludes, comes via God-dependence rather than (slavish) independence.

Ha! Thanks for your help Lucifer. I think we really hoodwinked the King this time. Yep, I doubt he realizes it was I who roughed up his servants and sent them packing. Seriously. they were so annoying – coming back two and three times inviting me to his son’s wedding feast. Assuming I’d want to celebrate with them. Nag, nag, nag. As if I care! Can you believe the king still thinks I’m happy being his subject?

[Aloud] “Ho hum, you call this a feast? It’s just a tiny wafer and a minuscule cup of wine. Why bother? And wasn’t that sermon just awful? Oh, and look over there–how dare Susie Q show her face around here!”

Thanks for convincing me that I don’t need the King to run my life—that invitation to live in his kingdom is a con job to subjugate me. Like you said, who needs the King when I can be king myself? Which is what I intend to be—my own king. From now on, I will be the one in control. With your guidance, I declare independence!

[Aloud] “I ought to be the one running this place! Not to brag or anything, but I really have been quite the manager! My life, my work, all are humming along smoothly, thanks to MY competence.”

Yikes! The King has kicked me out of his kingdom! AND, he’s locked the gate. Lucifer, you conned me. Fine, have it your way: You helped me con myself. The king almost seemed regretful when he explained that I had left him no choice—that if I wanted independence, he would make sure I got it. I thought I didn’t need to depend on the King, but now I realize I do—for life, for love, for everything! I am the most wretched of the wretched. Can you help get me back into the King’s kingdom? NO? You’ve come to take me away with you? But where are we going? Hey, cut it out! Quit pulling me down! There’s nothing here. Is this your kingdom? It reeks! The wailing is driving me crazy. 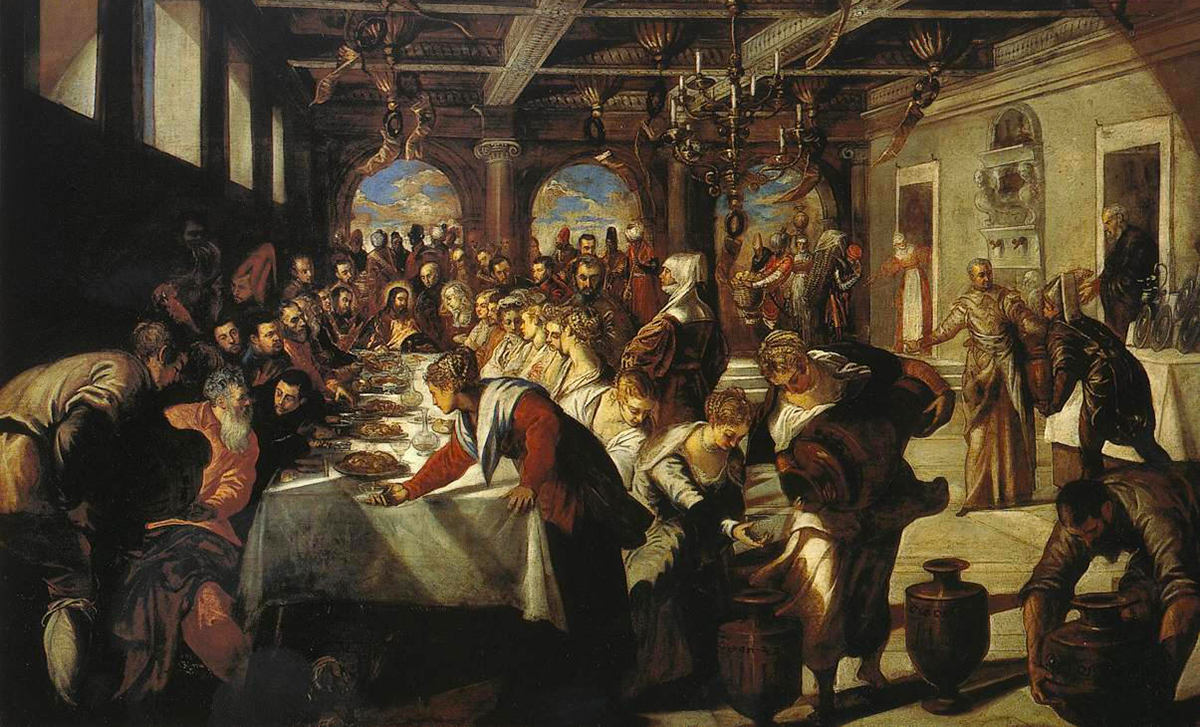 Something’s happening….. Someone just grabbed me. What? Seriously? You? The King’s son? I can’t believe it. Why would you be here? OUCH! You two are pulling me apart! This is the nastiest fight I’ve ever been caught up in. If it weren’t so painful, I’d be flattered that you two are in a tug of war over ME! Oh, phew! Relief. Thanks for letting me go. I’m free—and I’m outta here. Yes, I know Lucifer, I heard you two talking. You only let go of me because the King’s son offered that you could take him instead of me. He said he’d go with you to your kingdom in my place. So, congratulations Lucifer. You’ve won! You and the King have been enemies since forever, and now, you got the upper hand. I saw the King’s son disappear into that black nothingness with you.

Oops! Wait! Hold on! Lucifer, this is incredible. Ha! You didn’t win after all! He’s back! I just saw the King’s son rocket out of your kingdom and walk back into the King’s household. And look! He’s running toward me.

[Aloud] “I believe that Jesus Christ, true Son, begotten of the Father from eternity….is my Lord, who has redeemed me, a lost and condemned creature, purchased and won me from sin, death, hell, and the power of the devil….not with gold or silver, but with his holy and precious blood and innocent suffering and death” (see the explanation to the second article of the Apostles Creed in Luther’s Small Catechism).

Now he’s hugging me. He just asked me to join his family. He said his dad wants me back—that’s why he came to me. Yes, I know I’m blubbering, but they not only opened the gates with a huge “welcome back” sign, but even threw a feast to celebrate my return! I can’t believe what the King’s son did for me! Now I get to depend on the King again, just like his son. And—you won’t believe this—he promised that whenever I fail, he’ll depend on his father for me! Can you believe that? Lucifer, I was wrong, so very wrong. I regret with my whole being that I declared independence. But one thing is sure! I want to be independent of you! Get out of my life!

[Aloud] Is it Sunday yet? [later] Ahh, this worship service has revived me! I just love gathering with my fellow Christ-confessors to worship and give thanks for the mercy Almighty God showers on us all through Jesus’ death and resurrection. When I hear the words of absolution pronounced, I hear God giving me a second chance. Eating and drinking the “feast of victory” fills me to the brim with forgiveness. I know I belong. I know I am loved. I am refreshed for another week. I’m at peace. I’m grateful. I’m joy-filled.

Hey, Lucifer! Life felt meaningless back when we were buddies? It’s exciting, sometimes wonderful, and definitely purposeful now. And I know you won’t understand this either, but I care—really care—about all those “losers” you and I used to laugh at. Did you know that the King and his Son have invited them into the household too? I’m trying to get the word out so they know they’re included. So, let me repeat, Lucifer: Get out of my life!

[Aloud] Suzie Q, what’s going on? Is there any way I can help you? Reject injustice? You bet! Black lives matter. … And you, sweetheart? Don’t worry, Mama is here and I love you. … Son: How ‘bout we play some catch in the backyard? … Wow, hiking buddy: Just look at this incredible forest! How can we help to preserve it? ….. Hey Neighbor, Come have a beer with me on the porch. Have I ever told you about my take on “independence” day?