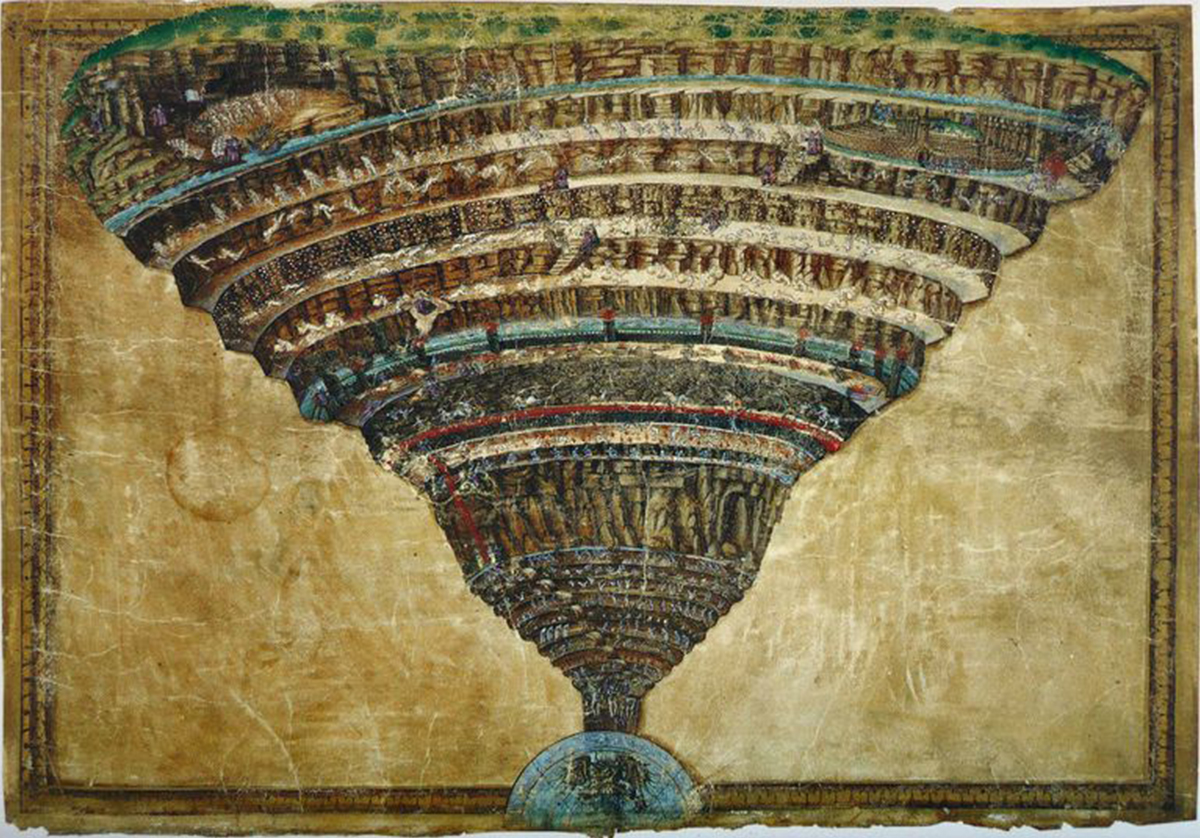 BOUND FOR GEHENNA, ONE WAY OR ANOTHER

We die daily as chronic recidivists but also daily penitents who beg him for one more cleansing, one more sip of his life-giving water, we have a life that isn’t merely wasted. He never says no. So, every day we live anew.

Step 1: Initial Diagnosis (External Problem): Hey, You, Get Off My Cloud!

Would you look at that . . . driving out demons without a license, i.e., without our approval and authorization. We’re outraged. This interloper is stepping on our franchise, infringing on our patent. Jesus-Я-Us. We own the gospel. We alone articulate it rightly, but now this uncredentialed rube will get the same respect, thanks, and credit, not to mention honoraria, we have worked so hard to earn. We say it’s Jesus getting dissed, but this is really about us. Indeed, everything is about us. “No fair!” we protest. Then we tattle . . .

. . . but to the wrong guy. Jesus doesn’t join our outrage. Instead, he flips an old saw on us: “Whoever isn’t against us is for us.” Unbelievable! You say every act of kindness, forgiveness, and the defusing of evil is godly work? (Is that Lutheran? Isn’t even our righteousness just another pile of filthy rags? How much more putrid then, are their paltry kindnesses?) Jesus goes on: “Here you are bellyaching because some outsider can chase demonic and divisive powers as effectively as you, when someday soon you’ll give anything for a simple sip of water from someone like that.” Outrageous. Can we trust a Lord who doesn’t follow (our) proper procedure? Hardly. That’s why we have to make the rules and run things ourselves. All must proceed decently and in order.

Then things get worse. Jesus isn’t finished. Now he says that by making everything about us we have wasted our lives on misguided and unnecessary exercises of self-legitimization. We have become stumbling blocks, tripping up those who would trust Jesus even as we demand they first sell their souls to us. For such scandalous usurpation, making ourselves gods, we deserve the fate of traitorous gangsters—a little swim in the ocean wearing concrete boots. (Or, if it’s the Sea of Galilee, wearing millstones for life preservers.) We trash our lives by spending them on petty, self-serving demands for loyalty and obedience, foolishly tossing them onto the fires of Gehenna, Jerusalem’s eternally smoldering landfill. We die condemned, even though many of us still have really nice offices with impressive, framed credentials on the walls. Even there, however, we can’t get the smell of Gehenna off our skin. 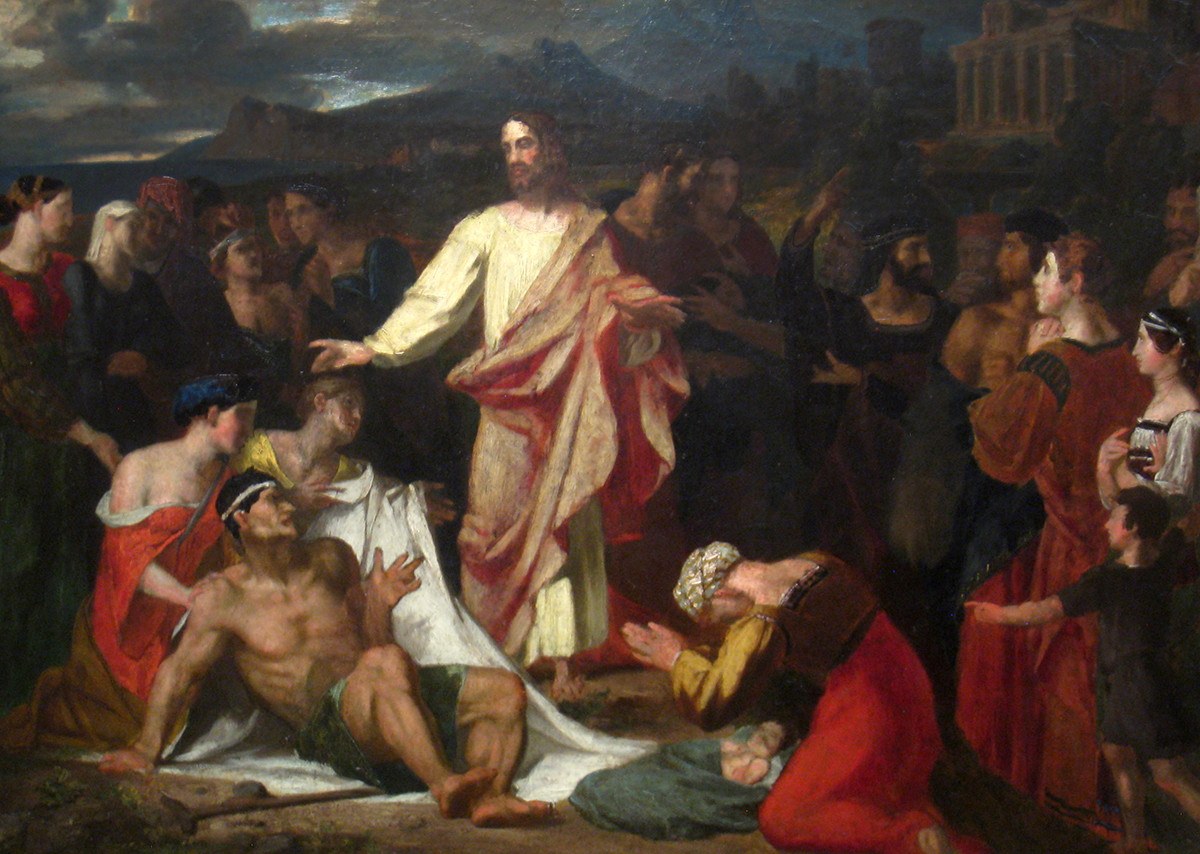 PROGNOSIS: Fellowship of the Condemned

And whom do we get for company in Gehenna? Some of those whom we tripped up, yes. But also him, the one to whom we ran with our outraged whining. Long ago, our kind took him outside Jerusalem and tossed him into humanity’s waste-heap. Only because he was first dispatched to the great deep attached to a cross-shaped millstone can we now be crucified with him, dying in those waters by baptism into his death. And only because we die daily as chronic recidivists but also daily penitents who beg him for one more cleansing, one more sip of his life-giving water, we have a life that isn’t merely wasted. He never says no. So, every day we live anew.

Now, however, we trust him as the true demon-tosser, no matter who says the words or who passes the water, and regardless of which accrediting body issued their license, provided they even have one. Credentials and perceived closeness to Jesus have nothing to do with what actually gets done in the world. If we’re going to trip over anything or anyone, it will be over him and his cross. We risk that, gladly, faithfully, every day. We trust the Creator Spirit and the guy with those forever ruined hands on the loose again in the world to do what needs doing all over this planet through our feeble efforts and those of every other flesh and blood soul about us, including some who make us bat guano crazy.

And then we have that weird chemistry lesson in Mark’s rambling, catechism-like account. We’ve been salted—i.e., preserved—with fire, maybe even Gehenna’s smoky fire that never goes out. Hence, we’ve no longer anything to fear. We’ve been through hell, crucified with Christ. What’s the worst that could happen—someone might hurt us??? So now we work with everyone, with or without credentials, and even with those who think our creeds and credentials are misguided. We’ve come from Gehenna and like the one we follow, we’re also on our way to Gehenna, this time with a promise. Together, we are the body of the crucified, carrying cold water and good news to the damned. We happily welcome as traveling companions all who would join us in singing the hell out of Gehenna.