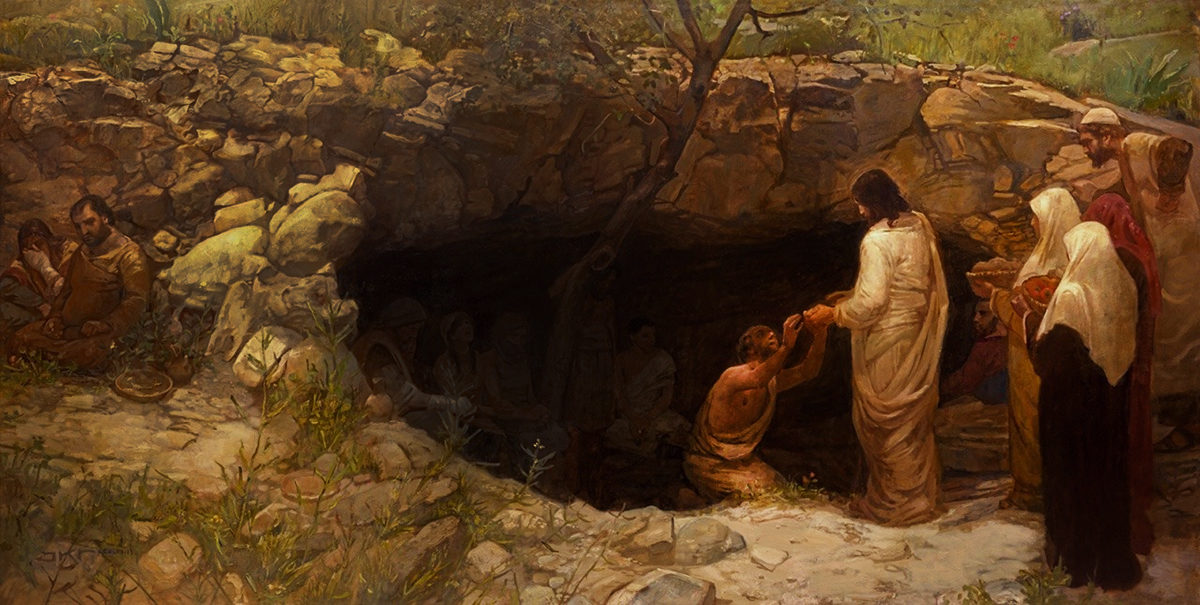 11 On the way to Jerusalem Jesus was going through the region between Samaria and Galilee. 12 As he entered a village, ten lepers approached him. Keeping their distance, 13 they called out, saying, “Jesus, Master, have mercy on us!” 14 When he saw them, he said to them, “Go and show yourselves to the priests.” And as they went, they were made clean (ἐκαθαρίσθησαν/ekatharisthesan).

15 Then one of them, when he saw that he was healed (ἰάθη/iathe), turned back, praising God with a loud voice. 16 He prostrated himself at Jesus’ feet and thanked (εὐχαριστῶν/euchariston) him. And he was a Samaritan. 17 Then Jesus asked, “Were not ten made clean (ἐκαθαρίσθησαν/ekatharisthesan)? But the other nine, where are they? 18 Was none of them found to return and give praise to God except this foreigner?” 19 Then he said to him, “Get up and go on your way; your faith has made you well (σέσωκέν/sesoken).” 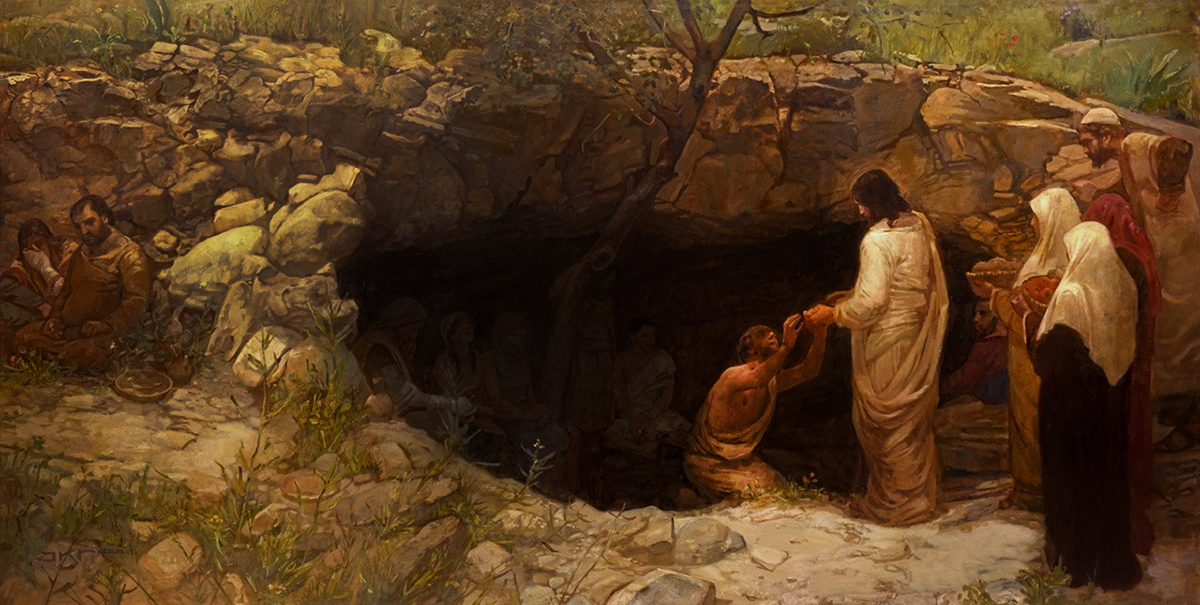 DIAGNOSIS: Living by the Rules, Shot Down Anyway

e always play by the rules. Sadly, that didn’t keep us from falling victim to leprosy—quite undeservedly, a matter we’ll eventually take up with God, no doubt—but when it came, we did what Torah and the Torah-minders dictated. We moved out of town, kept to ourselves, warned off all who came near. (We get it that no one wants to get too close to a leper, cancer patient, or even someone truly unlucky. It might be catching. We’re accustomed to that.) But there’s no law against hollering for help from a distance, right? And we hollered at the right guy, this Jesus who, some of our number had heard anyway, recently healed a fellow with dropsy—on the Sabbath, no less!!—and was known to hang out with tax-collectors and “sinners.” (Clearly, this fellow didn’t always play by the rules.) Just as we hoped, this Jesus first listened, then told us to go show ourselves to the priests, in keeping with the rules about folks like us seeking a “clean bill of health” that would let us live again with our families. Once more, we did as told. Why not? We always play by the rules. And sure enough, on the way to showing ourselves we could see that our bodies had become clean again. Lucky us! Or maybe this was merely an injustice being righted. In any case, we went to the priests as instructed, received permission to return home, and so we did. Great story, right? But no! Can you believe it? Now there’s a full report of this right in the Bible, making us out to be ungrateful cretins, the epitome of all that’s wrong with the world today. And that means we’re back on the outside, shunned and unwelcome, hiding in our ignominy. It’s quite unfair, don’t you think?

Step 2: Advanced Diagnosis (Internal Problem): Clean, but Not Healed or Made New

Yes, there was that one other fellow, a Samaritan, by the way, and therefore someone already unclean by birth. It was not lost on us that he didn’t need a disease to make him untouchable. He started out with us toward the temple, but then turned around and went back to find Jesus. Turns out he didn’t even notice the legal, official significance of his restored cleanness. He saw himself as healed, restored, made new. He started hollering again, this time praising God for what had occurred. Our priests and our rules didn’t mean a whole lot to him anyway, perhaps, so he went running back to thank Jesus. OK, we get it. He was grateful. Maybe he should have been, since he was a good-for-nothing outsider in the first place and someone had thrown him a bone. But does that warrant Jesus making fun of the rest of us with his sarcastic question? “Weren’t there ten of you? Where are the other nine?” Well, Mr. Jesus, there never were ten of “us.” There were nine of “us.” And then him. We did what we were told. We were made clean and proved it. We’re happy enough having our cleanness restored. By our lights, we deserved nothing less. Who needs “healing” on top of cleanness? Not us.

Finally, on top of everything else, Jesus tells this glory-hollering, Jesus-thanking outsider that his faith has “saved” him, made him whole, given him a permanent place at God’s table, not merely the right to go back home a properly-clean person to live with his family and eat at their table. We hear the words, but what do they mean? His faith has saved him? Didn’t it take some faith for us to run straight for the priests when he told us, “Go!”? We have faith—especially in the system. We do what we’re told, and we get what we deserve in the end. We’re grateful the system works, and yes we know we sometimes get by with a little help from our friends (e.g., from that Jesus guy who came along that day) but in the end, we’ll happily live—and die—with exactly what we deserve.

PROGNOSIS: The Stuff We Never Knew about Giving Thanks 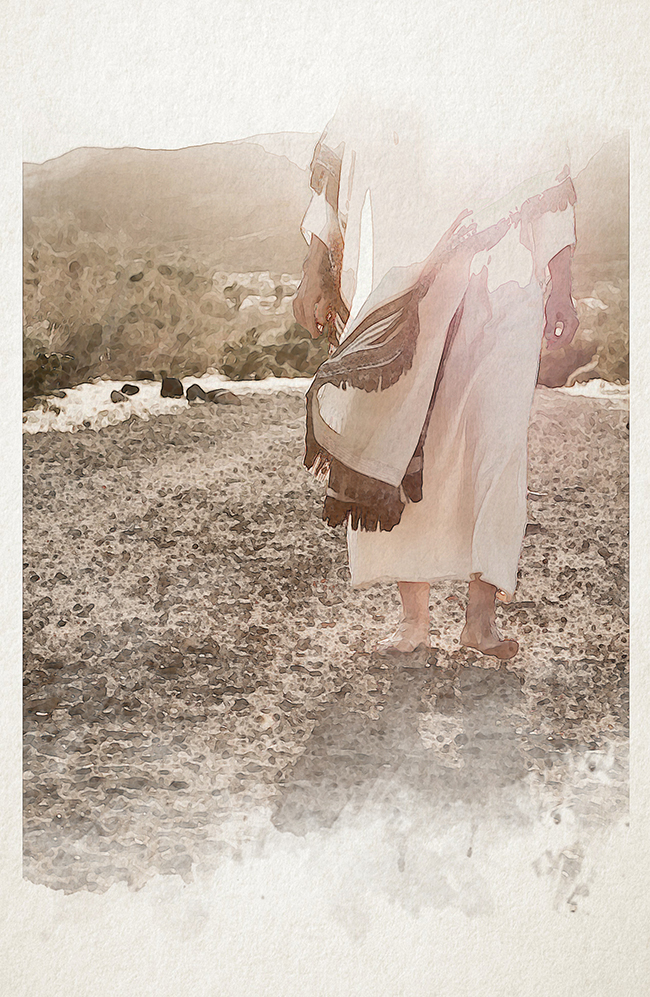 Step 4: Initial Prognosis (Eternal Solution): Getting What We Don’t Deserve

There is so much we didn’t know or understand that day, but now that we have heard the story, we realize Jesus was on his way to Jerusalem that day. With so many others, we know now how he had set his face to go there and what happened when he arrived. So, a man on his way to die had paused to hear our pleas and did what he could to address our suffering. Moreover, he wouldn’t merely die, but would suffer unjustly, find himself condemned and cast out among the unclean. At the end of the story, he would hang nailed to a tree, naked and wrongfully shamed before the world, and assure one more fellow who did get what he deserved that despite their current helplessness, being together that day set them not merely in a killing field, but the Garden of Eden. Indeed, if you think about it, he didn’t merely die that day with the guy who begged, “Remember me,” but also with the guy who had mocked him. In that one’s place, too, Jesus died. Which means, we now understand, when our day comes, whether we die deservedly or undeservedly, asking to be remembered or too angry for kind words toward anyone, we will die with him. And he will die with us, in our place, when, except for the mercy and love that urged him relentlessly toward Jerusalem, he didn’t have to.

Yes, all us recovering lepers are going to die like him, and even with him, thanks to his boundless mercy, but some of us have died with him already, crucified with him in the waters of baptism, and not only that, raised with him to new life. In this life, with the eyes of the daily deceased and daily revived, we see things we couldn’t before. We see the many mercies we could never deserve that sustain us day to day, so many of which come by way of the flesh and blood of all those crucified with us. As we hang there together in our various circumstances crying out, “Have mercy,” and “Remember me,” behold, we find ourselves in the Garden, or at a banquet with a seat in Abraham’s bosom. Faith takes us there. And there we throw up our hands in thankfulness. We glorify God in our gratitude for the mercy given us in Jesus. We “eucharize” him.

And every day, he “eucharizes” us, giving thanks for having us as cross-bearing companions, but also giving us away like the loaves and fishes he once blessed, “eucharized,” broke, and handed out to any and all who happened to hunger for sustenance of whatever sort. This, we now find, is what it means to be “whole” and “saved.” Saved not as museum pieces—“THIS IS A PRIZED, RECOVERING LEPER. PLEASE DO NOT TOUCH.”—but for being ‘eucharized,’” given away for the sake of mercy and endless love. So now we’re back out in the remote territories where we once spent our days. Lepers of all kinds (and lots of Samaritans) still roam about there, warning others to stay away. We get close, however, just close enough to say, “Come with us. We’ll die with you.” And behold, we’re in the Garden! Together.