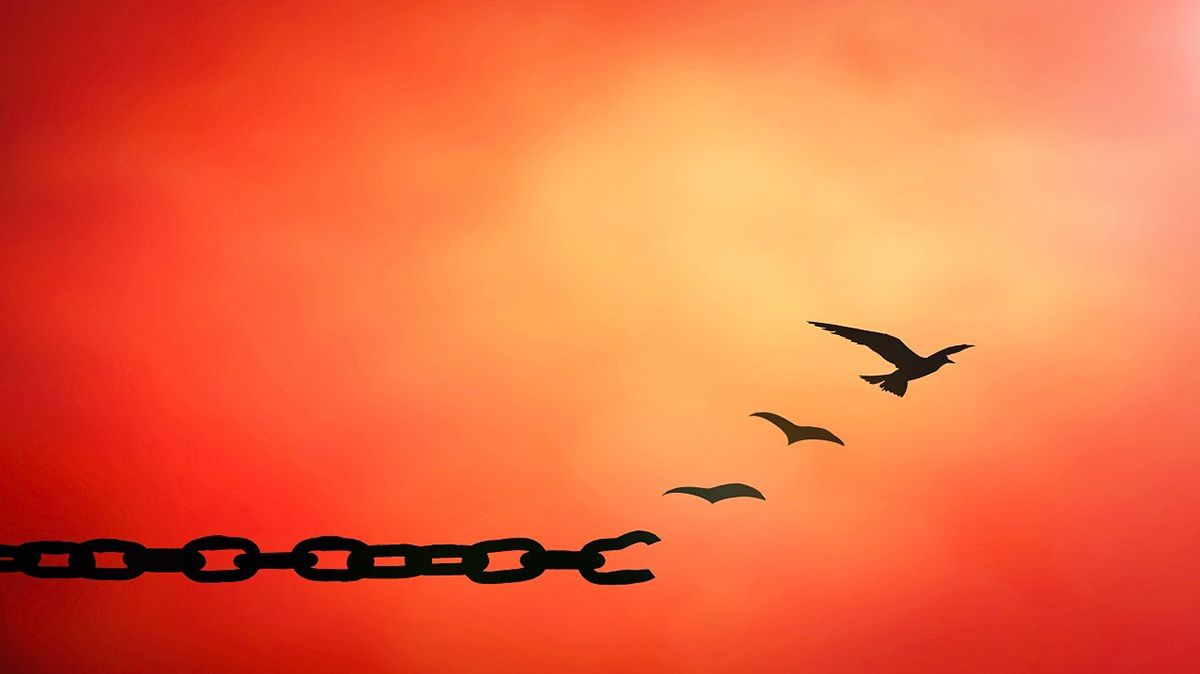 Patience? How about Forgiveness and Release Instead!

18Truly I tell you, whatever you bind on earth will be bound in heaven, and whatever you loose on earth will be loosed in heaven. 19Again, truly I tell you, if two of you agree on earth about anything you ask, it will be done for you by my Father in heaven. 20For where two or three are gathered in my name, I am there among them.’ 21 Then Peter came and said to him, ‘Lord, if another member of the church sins against me, how often should I forgive? As many as seven times?’ 22Jesus said to him, ‘Not seven times, but, I tell you, seventy-seven times. 23 ‘For this reason the kingdom of heaven may be compared to a king who wished to settle accounts with his slaves. 24When he began the reckoning, one who owed him ten thousand talents was brought to him; 25and, as he could not pay, his lord ordered him to be sold, together with his wife and children and all his possessions, and payment to be made. 26So the slave fell on his knees before him, saying, “Have patience with me, and I will pay you everything.” 27And out of pity for him, the lord of that slave released him and forgave him the debt. 28But that same slave, as he went out, came upon one of his fellow-slaves who owed him a hundred denarii; and seizing him by the throat, he said, “Pay what you owe.” 29Then his fellow-slave fell down and pleaded with him, “Have patience with me, and I will pay you.” 30But he refused; then he went and threw him into prison until he should pay the debt. 31When his fellow-slaves saw what had happened, they were greatly distressed, and they went and reported to their lord all that had taken place. 32Then his lord summoned him and said to him, “You wicked slave! I forgave you all that debt because you pleaded with me. 33Should you not have had mercy on your fellow-slave, as I had mercy on you?” 34And in anger his lord handed him over to be tortured until he should pay his entire debt. 35So my heavenly Father will also do to every one of you, if you do not forgive your brother or sister from your heart.’

Author’s Note: Peter’s question is prompted not by vv. 18-20 but rather by vv. 15-17 where Jesus gives us the process we are to use in dealing with offenses within the congregation. Amy-Jill Levine’s annotated New Testament (based on the NRSV) notes that Jesus’ response to Peter mirrors an Old Testament saying relating to Cain and Abel (Genesis 4:23-24).

Peter gives voice to the deep-seated feelings we all have when asked to forgive: How many times must we do it before we get to hold the offense over the offender’s head (v. 21)? When can we get to the fun part, Jesus? Perhaps Peter has a few gripes he would like to get off his chest about some of his fellow disciples? Maybe he finds the process Jesus just laid out (vv. 15-17) to be unsatisfying. This might be hard to imagine for us modern readers who would love nothing better than to treat the most bothersome fellow church member we know “as a Gentile and a tax collector” (v. 17). Peter was at least more perceptive than that, having seen how Jesus treats Gentiles and tax collectors: he dines with them. Ugh!

Peter, Peter, Peter. What lack of awareness you have! Don’t you know how bothersome you are to some of your peers, always opening your big fat mouth and getting yourself and the rest of us in trouble? Why do only you get to walk on water (14:28-31)? Your eagerness to bind sin can be turned against you, and then you will be screaming for forgiveness. By the by, Peter, how many times has Jesus forgiven you so far? Seven times? Seventy-seven times? Too many to count? And here you are itching to cut someone else off at the knees (vv. 28-30)?

Maybe the forgiven slave (v. 24) was desperate, not for a fresh start, but rather for a mulligan. He had some sort of pet project he was obsessed with, but could not raise the capital for, not when he was so indebted to the king. Putting on the most pathetic face he could think of, he humiliated himself for show, to tug at the king’s heartstrings, and it worked. (Thinking to himself: “Ah! Dodged another bullet! Now, where was I… Oh yeah, I just need a little more money to finish my dream project. Hey, that guy over there owes me enough to get me over the top. ‘Hey you! Get over here! Where is my money? What do you take me for, a sap? Your life is mine until you repay me!’”)

Or perhaps it went like this: The forgiven slave was just plain desperate. His misery was genuine. But his reprieve did not radically reorient his heart toward his fellow slaves. There can be many different explanations for why this would happen. Perhaps he was so deeply impacted by the burden of his own debt, that he wanted to have his own turn being in charge.

Regardless of which was true, we all prefer to be forgiven than to forgive. When we try to do it ourselves, we only prove that we are not as strong as the Divine Forgiver.

And what does the forgiven slave think to himself when his fellow slaves snitch on him? Talk about feeling naked before the entire world! Being in debt is nothing compared to being exposed to harsh judgment. Suppose all of Peter’s fellow disciples overheard what he had asked Jesus, and decided to turn on him? “Yes, Lord, and how many times are we to forgive Peter for being such a scoundrel? Seven times?” Suppose they have something on Peter? What if he has no defense? Yearning to be judge and jury over someone else can easily boomerang on you. The worst part of hypocrisy uncovered is that you have no refuge. The disdain you had for others is now off-limits to you.

Object lesson: Having forgiveness withheld can be a living hell—especially when your tormentors do not cast you out. Instead, by keeping you in their company, they can make sure you never forget how they own you. In effect, you have turned them into the king in the parable (vv. 32-35). They can interact with you every day, reminding you how you wronged them. They can enjoy hearing you beg for that which they no longer wish to grant. Instead of leaving you to God’s mercy or judgment, they derive pleasure from tormenting you, just as you considered doing to them. They bind you on earth. Are you likewise bound in heaven (v. 18)? 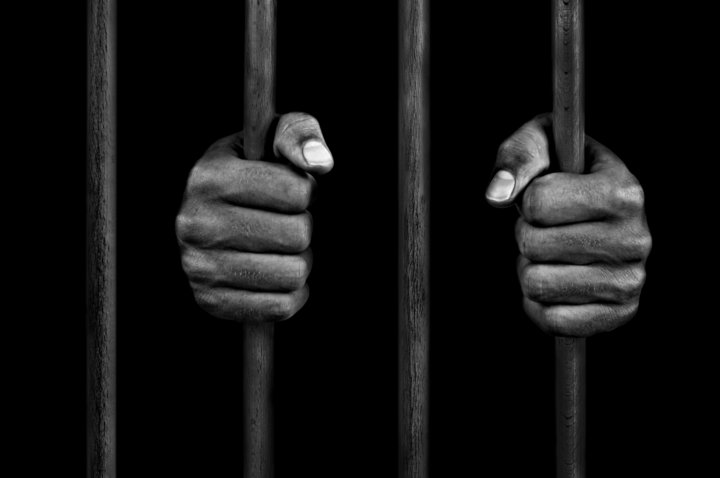 As Robert Bertram would remind us, our parable is one of futuristic finality whose main dagger is the element of surprise—in this case, the king’s reversal of his forgiveness (v. 34). Jesus defangs that dagger by spoiling the plot ahead of time and embedding a pearl of great value in its place (see 13:44-46). He is the hidden figure in the parable who convinces the king to erase the debt of his desperate subject. We are reminded that the king went far beyond what the slave asked for (how human of us to moderate our begging to try to curry favor!). He was asked for patience. Instead, he erased the debt completely.

But apparently, he went even further than that: “And out of pity for him, the lord of that slave released him and forgave his debt” (v. 27). God forgives our debt because Jesus paid it in full out of his unconditional love for us. But he also releases us from enslavement to his own law’s consequences, having suffered them in our place (v. 34).

Our Lord looks at our feeble attempts to right our own ship with just a little bit of help and says, “Child, your ship is sinking. Here, climb aboard this one whose mast is shaped like a cross. My beloved Son died on this cross and he will steer you to a brand-new way of living.”

By faith in Christ, we are truly free: no longer owing payment for sins, but also no longer enslaved to the law that always piles on new debt every day. We do not use this as license to sin, but we are no longer obsessed with beefing up our own reputations. Likewise, we are not intent on destroying the reputations of others, even while we do not condone their sin.

Jesus does not simply throw us a life preserver in the moment so that we can recover onshore and get back to our wrecked boat. He dives into the water, revives us, and brings us on board with him. Then, walking with us, he invites us to walk with him. We are free because Christ has set us free.

Freed in Christ we have a new outlook on forgiveness. We are eager to forgive, even as justice toward others compels us to deal with the effects of the sin we are forgiving. When we forgive debts, we might even be able to free our debtors from holding their debtors captive. But most importantly, we gratefully receive forgiveness for our own sin and look for opportunities to do likewise with those who have sinned against us, as Jesus taught us to pray (6:12).

An emancipated Peter would not ask Jesus how many times he must forgive a brother, but would go to his brothers and ask, “Will you forgive me for being such a boor?” An emancipated Peter would listen with a discerning ear to his brothers ask him for forgiveness and would exercise the keys to the kingdom that Jesus gave him (16:19) instead of obsessing over how many times he is required to do so. It would be a joyful gift rather than a grudging task. He might even be moved to introspection on how he might bring a little more serenity to his outward expression, something his brothers should be willing to help him with. After all, Christ surely would.