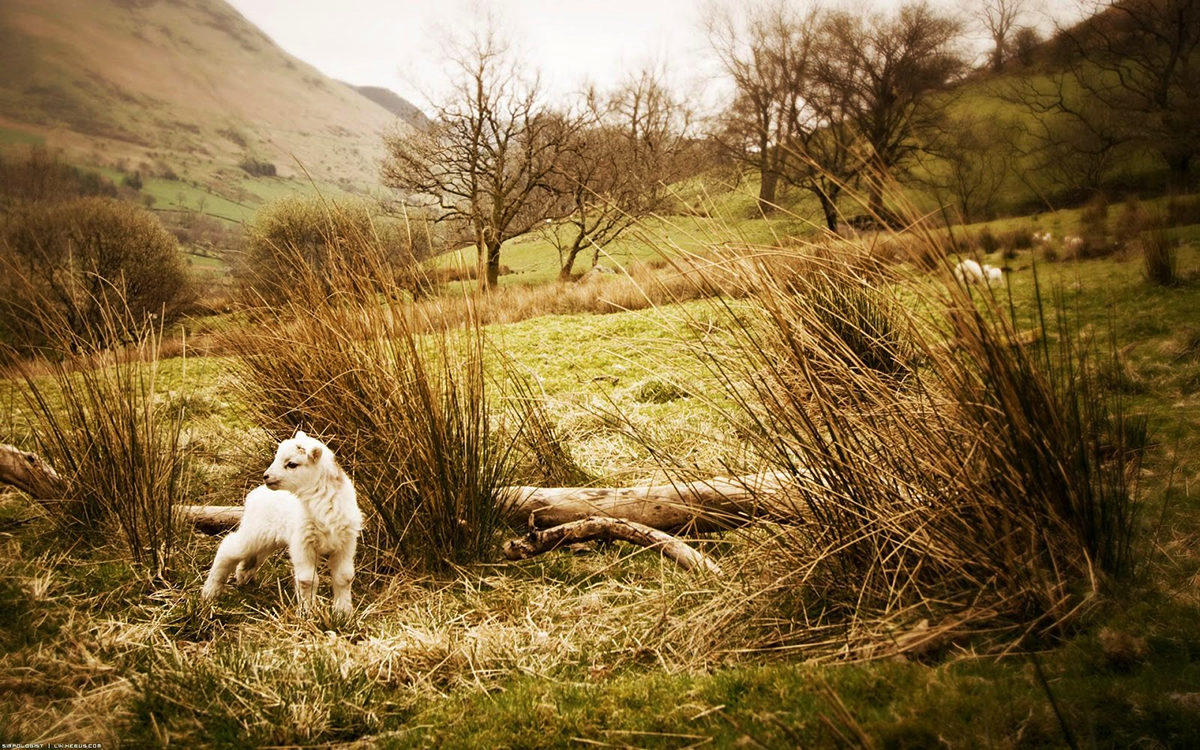 Now all the tax collectors and sinners were coming near to listen to him. 2 And the Pharisees and the scribes were grumbling and saying, “This fellow welcomes sinners and eats with them.” 3 So he told them this parable: 4 “Which one of you, having a hundred sheep and losing one of them, does not leave the ninety-nine in the wilderness and go after the one that is lost until he finds it? 5 When he has found it, he lays it on his shoulders and rejoices. 6And when he comes home, he calls together his friends and neighbors, saying to them, ‘Rejoice with me, for I have found my sheep that was lost.’ 7 Just so, I tell you, there will be more joy in heaven over one sinner who repents than over ninety-nine righteous persons who need no repentance. 8 “Or what woman having ten silver coins, if she loses one of them, does not light a lamp, sweep the house, and search carefully until she finds it? 9 When she has found it, she calls together her friends and neighbors, saying, ‘Rejoice with me, for I have found the coin that I had lost.’ 10 Just so, I tell you, there is joy in the presence of the angels of God over one sinner who repents.” 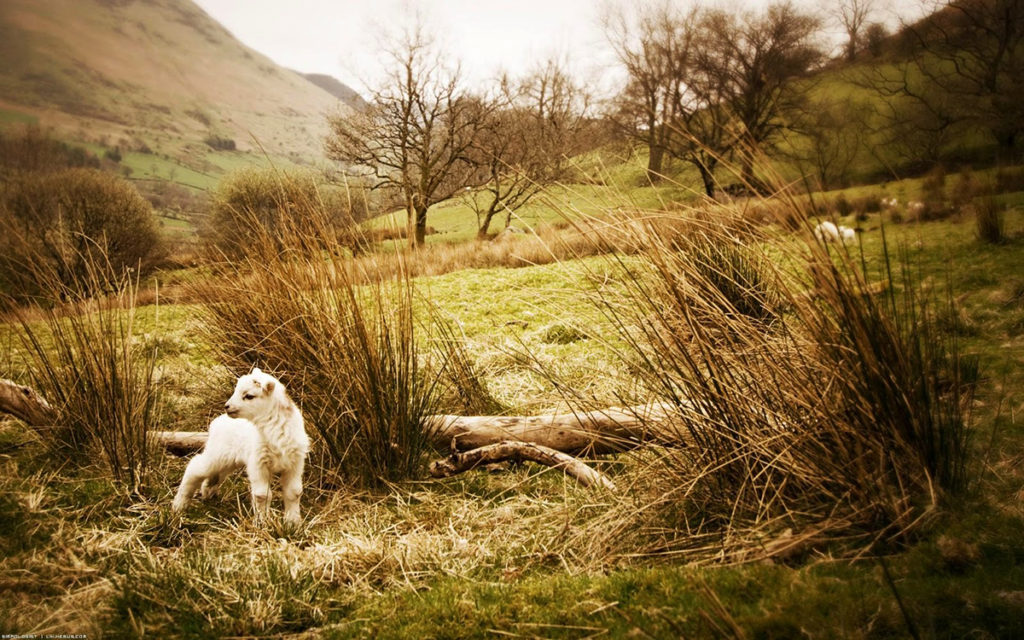 DIAGNOSIS: I Once Was Lost

Step 1: Initial Diagnosis (External Problem): They Are Not Worth Looking For

The complaint some people had about Jesus was that he welcomed people who opposed God, who had rebelled against God, who had dismissed God, did not care about God. People who did not care about God were the wrong kind of people to hang out with. They were the wrong crowd. People who do not care about God can be anybody—a good neighbor, a buddy at work, the successful business owner, a teacher, a carpet installer, a bank manager. They can do nice things. Sinners are not just poorly clothed, bad behaving, raucous or mean people. They can wear nice clothes, too, and be respected by the community.

Step 2: Advanced Diagnosis (Internal Problem): We Trust the False Gospel of Judging What Others Are Worth

The people who dismissed God, trusted other things to say YES to their lives. Those who complained against Jesus welcoming sinners trusted in their ability to measure how well people met God’s standards of behavior. Scrutinizing people who don’t measure up makes one feel one deserves a YES from God more than others do. But really they switch out God’s measuring stick for a different measuring stick—their own. If one did not switch measuring sticks, and trusted one’s performance at measuring up to God’s standards, one might look righteous on the outside, but the heart would still be trust in one’s own performance rather God. So who has dismissed God? The company Jesus keeps? Or the ones who judge Jesus and them? The answer: Everyone. Is that not so?

Step 3: As We Trust the God of Judging the Worth of Others, So Our Worth Is Judged by THE Judge

The people who dismissed God ignored God. The people who switched out God’s measuring stick also ignored God, and they didn’t even realize it. So God gave them up to the desires of their hearts (Romans 1). And God’s law, the First Commandment, reveals that all people have dismissed God, and so all are now lost, subject to the end, to become nothing—which is Death. 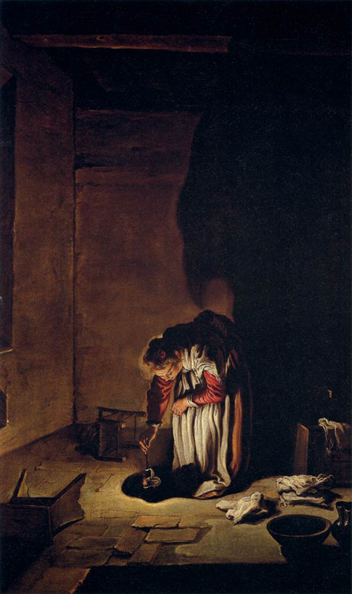 Step 4: Initial Prognosis (Eternal Solution): God Declares Jesus To Be Worth Everything

Jesus is like a woman looking for her lost coin. He is like a shepherd looking for his lost sheep. The woman and the shepherd are glad they have the nine coins and the ninety-nine sheep. But Jesus has love, and love, though glad it has the ones it loves, wants all to be loved, wants all to be with God. Jesus finds the lost by becoming lost himself—lost among sinners, lost among those judged as not measuring up to God’s standards, lost amongst the condemned, and lost among the dead. Yet God finds him—the lost one, the condemned one, the one who failed, the one who was declared a criminal, the one declared a sinner. God found this lost one, his son, and raised him from the dead! That is what God does!

Step 5: Advanced Prognosis (Internal Solution): We Trust Jesus To Be Our Worth

Jesus assures us he has died for us, that he has died to find us, to say YES to us, that he has died to welcome us, that when we are with him, we are no longer dismissing God but we are trusting God, this God who finds the single lost sheep. So no matter where we are, no matter what we have done, no matter how worthless we think we are because every standard judges us to be no good, we are the ones Jesus promises to find, to welcome, to forgive, and he will serve us at the heavenly feast. Is not the Lord’s Supper the place where Jesus welcomes sinners and eats with them?

Step 6: Final Prognosis (External Solution): They Are Worth Finding

Instead of complaining that Jesus welcomes sinners, we now also welcome sinners and eat with them. We do not have to complain about how others behave. We get to welcome them. When people are told NO—when they hear they are no good, we get to say YES to them. When others feel lost, unsure of what to do or unsure about the purpose of their lives, we find them, carry them into the home we call church, and we invite friends and neighbors to come and rejoice, for we have found what was lost. God rejoices in the lost being found, for when the lost are found, his son’s dying and rising have been honored. To rejoice in finding the lost is to trust that Jesus is for us, that he forgives us, that he has made us right with God. That is such a comfort. That is what it means to be found.