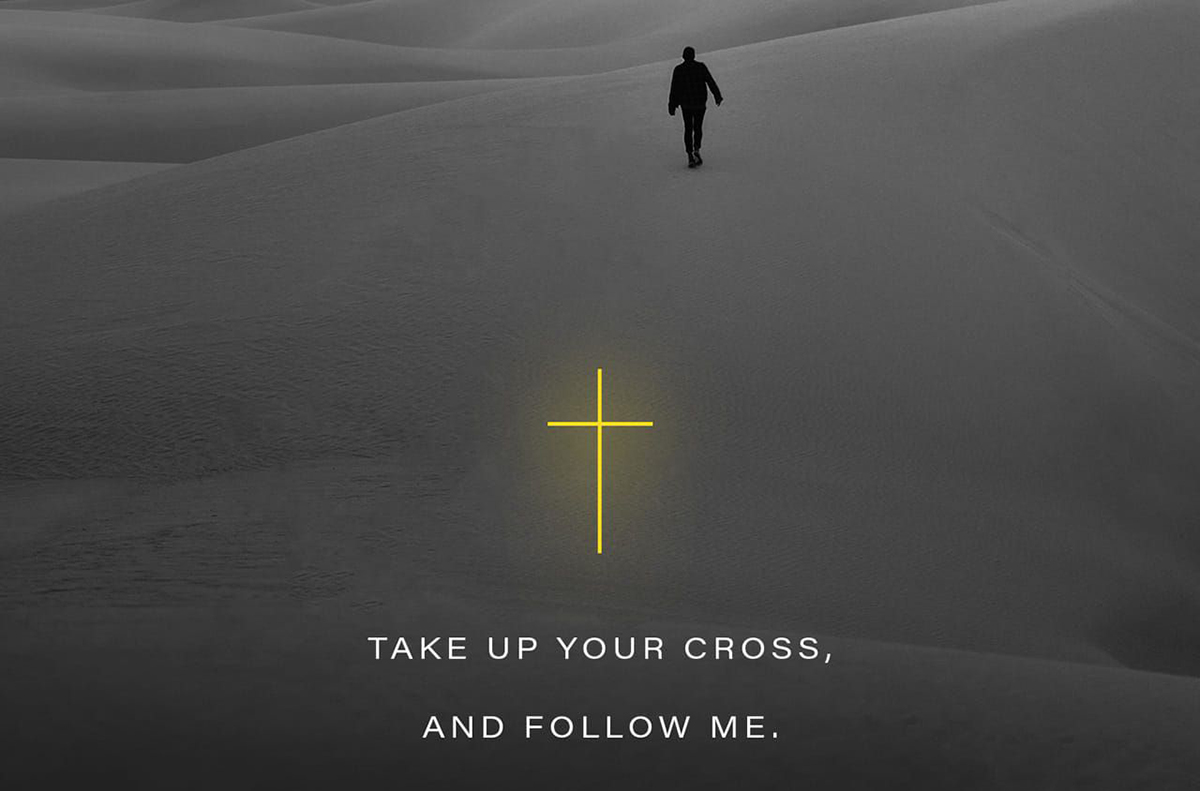 Matthew 16:21-28
Thirteenth Sunday after Pentecost
Analysis by Lori A. Cornell

21 From that time on, [after Peter confessed that Jesus was the Messiah,] Jesus began to show his disciples that he must go to Jerusalem and undergo great suffering at the hands of the elders and chief priests and scribes, and be killed, and on the third day be raised. 22 And Peter took him aside and began to rebuke him, saying, “God forbid it, Lord! This must never happen to you.” 23 But he turned and said to Peter, “Get behind me, Satan! You are a stumbling block to me; for you are setting your mind not on divine things but on human things.”
24 Then Jesus told his disciples, “If any want to become my followers, let them deny themselves and take up their cross and follow me. 25 For those who want to save their life will lose it, and those who lose their life for my sake will find it. 26 For what will it profit them if they gain the whole world but forfeit their life? Or what will they give in return for their life?
27 “For the Son of Man is to come with his angels in the glory of his Father, and then he will repay everyone for what has been done. 28 Truly I tell you, there are some standing here who will not taste death before they see the Son of Man coming in his kingdom.”

Americans live in a divided culture. We take such pride in our convictions, that we disregard the worth of others’ convictions. We call a thing what it is not, and tell lies, and call that freedom of speech. We even refuse to honor others’ self-identification in order to maintain our convictions about the way life should be. Peter refused to accept Jesus’ definition of what it meant for Jesus to be the Messiah.

Step 2: Advanced Diagnosis (Internal Problem): Denying the One You Know

It’s one thing to deny someone’s self-definition. (Jesus told Peter that for him to be the Messiah meant that he would by denied and suffer at the hands of sinners.) It’s quite another to deny that person when he has befriended you, and taught you, and trusted you, and now his life is on the line. Peter denied Jesus’ existence on three separate occasions while Jesus was being tried and sentenced by the religious authorities and Rome.

When Jesus told Peter, “Get behind me, Satan!” (v. 23), it was a warning shot across the bow. Not only did Jesus have the power to assert what kind of Messiah he would be, he had the authority to define Peter’s misguided allegiance, and the condemnable company Peter was keeping. (Satan did, after all, get tossed out of heaven.)

PROGNOSIS: A Culture of Belonging

Step 4: Initial Prognosis (Eternal Solution): The Denied God Who Does Not Deny Us

Peter’s expectation that Jesus should be a Messiah who didn’t suffer, doesn’t keep Jesus from being a Messiah who puts himself on the line for the whole of humanity. Nor does Peter’s condemnable denial of Jesus ultimately condemn Peter to hell. Jesus, who is willing to die for all sinners, includes Peter in that lot. Peter’s denial of Jesus at the cross, doesn’t mean that Jesus (who is the suffering and rising Messiah he claimed to be) will deny Peter. Instead, Jesus put Satan behind him in the grave, so he could appear to Peter and the other 10 disciples to give them the very authority that he wields (Matthew 28:18). Just as Jesus had authority to call out Satan in Peter’s rebuke, now Jesus has the authority to confer his resurrection power on the disciples, and us.

Jesus authorized Peter and the other disciples to go, baptize, and teach. His authorization redefined them; they were under his authority alone. We, who have received their ministry through the ages, are also redefined by Jesus’ claim on us. When we are out of line, he calls us to get behind him. And, getting behind Jesus, we follow his path of caring for those on the margins, especially by being allies to those who are defined by the world as “less than”—even if it causes us pain.

When we undeniably belong to Jesus, and follow him, we no longer need to redefine him according to our terms. Nor do we need others to fall in line with our definition of who is within the scope of God’s mercy and love. Instead, we gladly receive the mercy he gives, and we pass it on to a suffering and crucified world.