10 Now he was teaching in one of the synagogues on the sabbath. 11 And just then there appeared a woman with a spirit that had crippled her for eighteen years. She was bent over and was quite unable to stand up straight. 12 When Jesus saw her, he called her over and said, “Woman, you are set free from your ailment.” 13 When he laid his hands on her, immediately she stood up straight and began praising God. 14 But the leader of the synagogue, indignant because Jesus had cured on the sabbath, kept saying to the crowd, “There are six days on which work ought to be done; come on those days and be cured, and not on the sabbath day.” 15 But the Lord answered him and said, “You hypocrites! Does not each of you on the sabbath untie his ox or his donkey from the manger, and lead it away to give it water? 16 And ought not this woman, a daughter of Abraham whom Satan bound for eighteen long years, be set free from this bondage on the sabbath day?” 17 When he said this, all his opponents were put to shame; and the entire crowd was rejoicing at all the wonderful things that he was doing.

“My life has been such a disappointment,” Trina thought to herself despondently and, yes, even despairingly. “Things just didn’t turn out the way I thought they would.” She had been class valedictorian and voted “most likely to succeed.” She had had a successful career. She should be feeling wonderful, but truth be told, her life was anything but wonderful. There wasn’t any spark left in her; she felt bent over, discouraged. She wondered whether her life had been a waste, even though—goodness knows—she had tried. Yes, she had tried and tried, so very hard, especially when her husband lost their savings and her son dropped out of college and never “made” anything of himself. She had tried so hard, people called her “driven.” And now, yet another blow: her mother was dying, despite the years of organic food and daily yoga.

Unwittingly, because it does seem to be a very “American” thing to do, Trina had made a god out of “success”—of being good, productive, of being “the best.” Recall, she had been “good” at everything—school, relationships, sports. (Of course, she was attractive too.) And that “goodness” had given her a sense of value, of worth; a sense that her life mattered. But now, she wasn’t so sure any more. Worse, she had a nagging, guilty suspicion that maybe it was her driven-ness that had alienated her from her husband and son.

But, that was an unbearable notion to entertain because it would make it HER fault that life was collapsing around her. She had failed at measuring up to her own yardstick. So now where was she? Well, she knew: she was down in the pits—and it felt like hell. Maybe it was hell. How was she going to get out? She knew she couldn’t do it. Watching her mother slowly die, she thought that she might as well die too. It was as though God had turned away from her. All her achievements, all her success had brought her nothing! 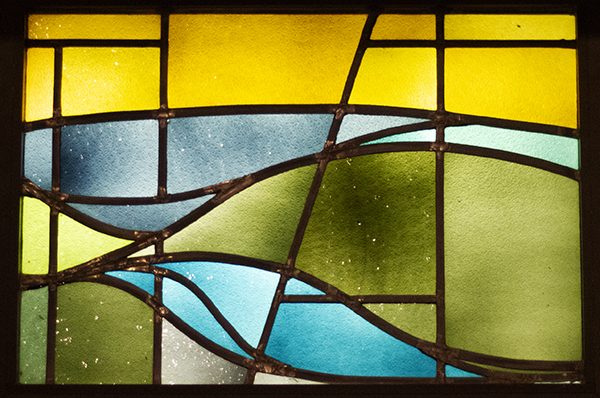 A hospice chaplain came to visit Trina’s mother and, because she was a good daughter, Trina sat in on their conversation. To her great astonishment, that conversation changed everything. She felt rescued! To encapsulate: her mother had been telling the chaplain that she worried she hadn’t “done enough in her life,” that she wasn’t sure where she stood with God. (Yup, just like me, Trina thought.) The chaplain’s amazing response: “Well, don’t you know? With Jesus, it’s ‘olly, olly oxen free!’” When both Trina and her mom protested that that just couldn’t be—that it was too good to be true—the chaplain explained, “Why else do you think God sent us a Savior? God knew we can’t measure up, so Jesus measured up for us! Which means, God doesn’t keep score anymore!” She went on, “I know Jesus is saying to you, right now, ‘Let me take everything that’s crushing and killing you –your despair, your failure-to-measure-up, and especially your dying—and here, let me give you what I have—my life, my joy, my right-ness.” Then she said, “Isn’t that the most incredible deal ever made?”

It sounded too good to be true, but it resonated. Trina and her mom were both overwhelmed. “Wow! A God who gave up everything for us! That’s a God we can, we will trust,” they both thought. Trina finally understood that the god of success she had so fervently worshiped had been a false god, one that had disappointed her and not guaranteed her life at all. Instead it had bent her down to the point of crushing her. But the God who sent Jesus is a merciful God, one she could trust. Trina felt as though chains were falling off her back. She felt she could stand up straight for the first time—ever. An oddly-new feeling of absolute joy started to tingle and surge through her. “I’m free, I’m free, I’m free,” she sang. Securing her future wasn’t up to her anymore, in fact, she realized, it never had been.

Trina cared for her mother until she died, peacefully and unafraid. Slowly it seemed, things began to change inside Trina. For one, she began regarding people differently, especially people like her husband and son. Instead of using them as a means to measure herself, she began to regard them as people who were precious in and of themselves—that is, people who needed her love. That in turn caused her to treat them differently—she spent more time with them, she quit pointing out their flaws. To her amazement, their family life improved; it wasn’t perfect, but better. She re-assessed the other parts of her life too. Instead of listing her successes and achievements as measurements of her worth, she understood that her life had immeasurable value because she has a God who died for her. Instead of obsessing over herself, she began to appreciate the goodness in others. She started to care about strangers who might be hurting—even the undocumented immigrants she read about in the news; she volunteered at the food pantry at church. Less frenzied, and more at ease, people noticed the change in her. Trina’s explanation? “I heard Jesus call out, ‘Olly, olly, oxen free’ so I ran home free!”