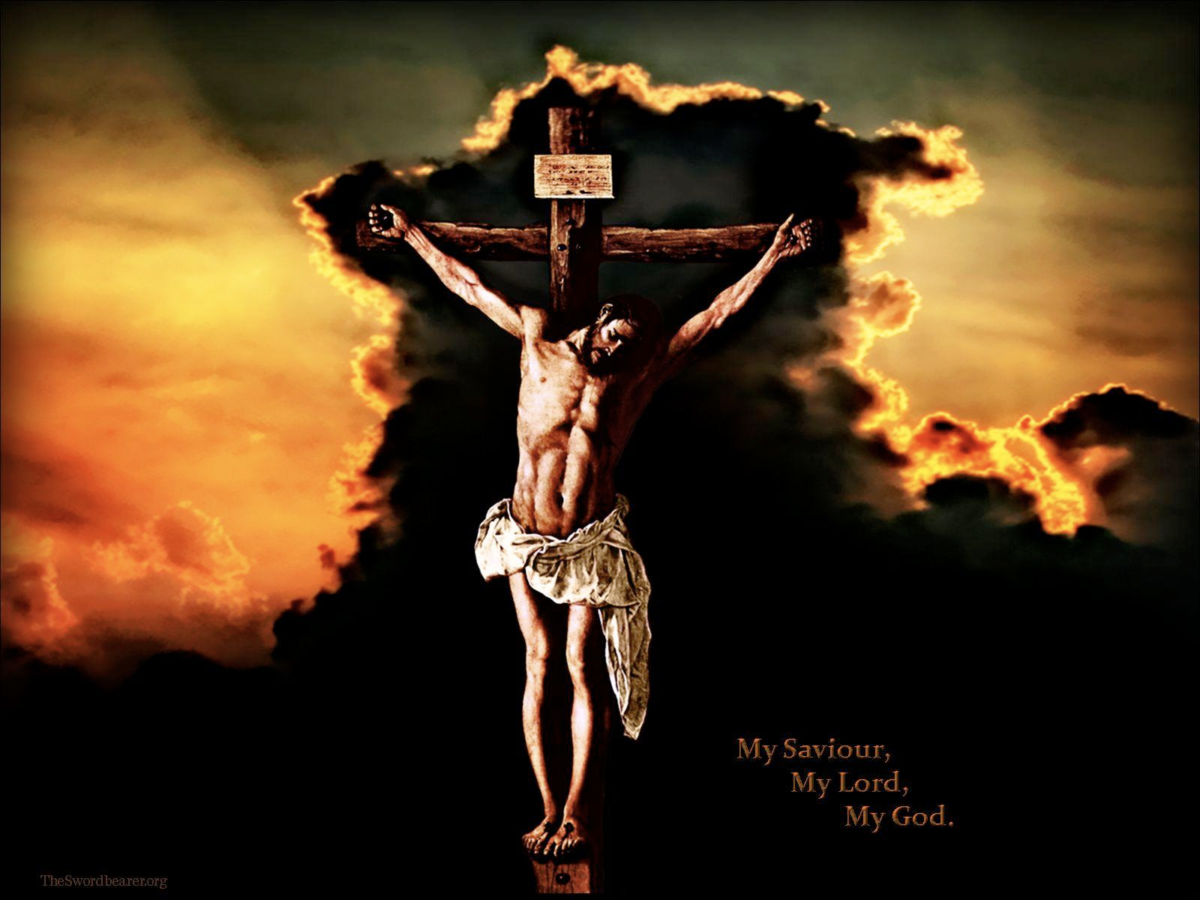 With Trinity Sunday still in the rearview mirror we send along another item unearthed from our library. It’s a sketchy little piece by Ed Schroeder about an old issue in Trinitarian theology that continues to resonate in our day.

Today we also invite your thanks to God for Richard Gahl, one of our regular contributors over the past few years. Dick died on May 14, snatched away as it seems. He had been the picture of health until late March. Came a sudden trip to the hospital, a cancer diagnosis, a brief aftermath of treatment. He was working on another essay for his Thursday Theology mission series when the end came. For an appreciation of his life and work, see Jerry Burce’s sermon at his funeral. Jerry was Dick’s pastor in his final years. The sermon was published a week ago by Daystar, an online network of LCMS pastors and theologians, both current and former, who insist on pushing the Gospel as the Word of words for the church to heed. Dick was involved with Daystar for many years. No wonder he came to appreciate Crossings. “Rest eternal grant him, O Lord….”

“Who Suffers in the Trinity?
Theopaschitism in Theology” 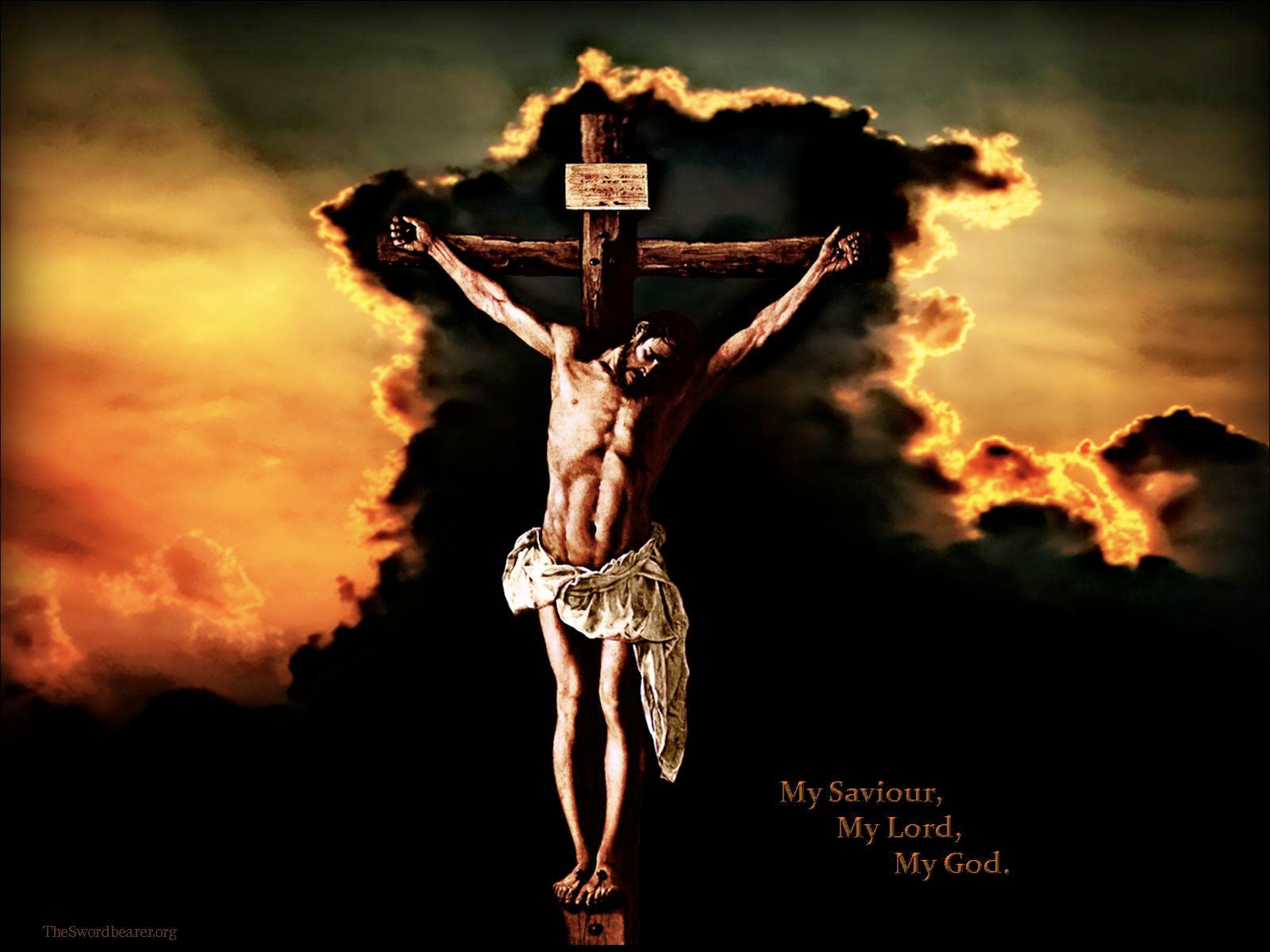 Ed Schroeder spent 1994 in Adelaide, the Australian city, where he served as a visiting lecturer at what used to be called Luther Seminary and is now the Australian Lutheran College. From that year comes the following item, a set of rough notes for a presentation at what seems to have been an ongoing ecumenical seminar entitled “Personal Relationships and the Trinity.” It was held at an Episcopal church, St. George’s. Ed showed up there on July 1 to talk about theopaschitism.

Quite the topic for a theologian who took great pride in using “nickel words.” But this, of course, is exactly the theologian you want to make some sense of a topic like this. And Ed will do this here, whether for those who have forgotten what they may once have picked up in a patristics class, or for those who never took such a class in the first place.

For the latter: patristics is the branch of historical theology that focuses on the thought and work of the so-called “Church fathers.” Are they still referred to as such in today’s ELCA seminaries? I haven’t checked. I don’t suppose. Anyway, these are the folks who hammered out the dogmas and practices of the church in its initial pre-medieval centuries. Most were brilliant, feisty bishops. Ed’s text is laced with their names. We’ve added links to Wikipedia articles that will tell you who were they were. There’s enough reading here to keep you busy all summer.

The issues these people thought and fought about (and fight they did) have not gone away. That’s especially so when it comes to the underlying issue of issues: what is the hope and promise of God for humankind, and how is this anchored in the death and resurrection of Jesus? In the case Ed takes up, what has God to do with suffering? How is Christ good for suffering people?

To ignore these old thinkers is a huge mistake. For another example of how relevant they can be for current hot button issues, check out David Bentley Hart’s “Divorce, Annulment & Communion,” a two-year old essay in Commonweal. There he tackles the pushback Pope Francis has gotten for wanting to ease Catholic communion rules. He says a lot that Lutherans could learn from too. I guarantee that none of us ever guessed that Theodore the Studite, of whom we’ve never heard and whose name provokes a naughty chuckle of the kind the ignorant excel at, might have something useful to tell us. Turns out he does, along with hosts of ancient others.

But back to Ed. I so wish he might have taken the time to hammer out the full text of his remarks at that Adelaide event. Though what he gives us is plenty enough to chew on—and what’s more, to chew on usefully. What good is a venue called Thursday Theology if it doesn’t stretch the brain now and then?  --Jerry Burce

“Who Suffers in the Trinity? Theopaschitism in Theology”

An odd question. Yet the Trinity is an odd god. Who cares about God suffering? Who gets any benefit?

From the 3rd to the 6th century the “Who Suffers in the Trinity?” question was one that divided and united the Christian churches. It was a hot-potato—and it was so hot because they thought salvation hung on the answer.

The technical term was “theo-pa-schi-tism” [God suffering]. So long as the Christians restricted their talk to the language of the Bible, there was no problem. No question about Jesus, the Son of God, suffering. And in the Hebrew scriptures, the God whom Jesus called ABBA is clearly also one who suffers. Israel’s God Yahweh continues in covenant faithfulness with his chosen people vis-a-vis their constant and manifold unfaithfulness. That hurts.

The debate arose in the early centuries of the church’s history as Christians sought to talk about their faith in the language of the non-Jewish Hellenistic world. Even though the NT was written in Greek, its thought world is fundamentally Hebrew. And the conflict arose when, in talk about Jesus, the Jesus of the gospels, the word God was predicated to him. Fancy word for this is Christology.

A. In the first and second cent. with an undeveloped Christology there is no problem talking about God suffering.

B. The early Christians came to their picture of God via their picture of the Biblical Jesus. Not the other way around. From Ignatius to Tertullian there are God-suffering statements without any concern.

C. But with Clement of Alexandria the process is reversed: the Christ-picture derives from a pre- existing God-picture. Plato’s axiom about God’s “a-pathy” [God—by definition—cannot suffer] becomes the apriori, the premise, for any orthodox concept of God. It is never argued. It is just taken for granted. “Everybody knows….” [Everybody knows that God is the opposite of humans. Humans are mortal, “passible” (=capable of suffering), limited in power, knowledge, space-occupation. God is the exact opposite. Just as it was a few years ago when: “Everybody knows” that capitalist market economy and socialist planned economy are opposites. You don’t have to prove that. Then we discovered that they were both post-industrial bureaucracies competing in a global economy and the opposites weren’t so obvious anymore.] 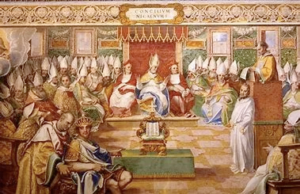 A. How it was nuanced:

Gregory Thaumaturgos said that God did it with style—willingly, on his own accord (not resisting suffering as humans do)—to become Lord over suffering, & without fear.

For the Arians God’s apathy was an absolute axiom. Therefore the Christ who suffered on the cross couldn’t possibly be homo-ousios [=same substance] with God.

For the Nicaeans who were committed homoousians, suffering was true only of the human Jesus, not the divine Logos, the second person of the Trinity.

Yet even Athanasius could say “The One who was Crucified is God,” using the concept of “idiopoesis” (=the Logos appropriated everything that constitutes the human) as his instrument for doing so.

B. In the West, Lactantius, Jerome, Hilary, found Latin language to say yes and no at the same time to God’s passibility.

C. Back in the East conflict arose with Apollinaris and his concern to join the apathy of God with the sentence: “God was crucified,” and doing so with his “one nature” notion [mono-physis] to join apathy and passibility in the incarnate Christ. But it was not really a union. Instead an add-on. The “orthodox” response was the necessity— because of the reality of suffering in the incarnate son of God —to talk about two natures. Only the human can suffer, for suffering is something that requires a body, if it is to take place at all.

Summa: “With [the Alexandrines] Gregory Thaumaturgos, Athanasius, Hilary and Apollinaris the reality of the suffering, where it is not just ruled out, is nonetheless reduced. With the Antiochians [Syrian theologians] the possibility of God suffering is not questioned, but because of the apathy- axiom the completeness of the incarnation gets fuzzy.” 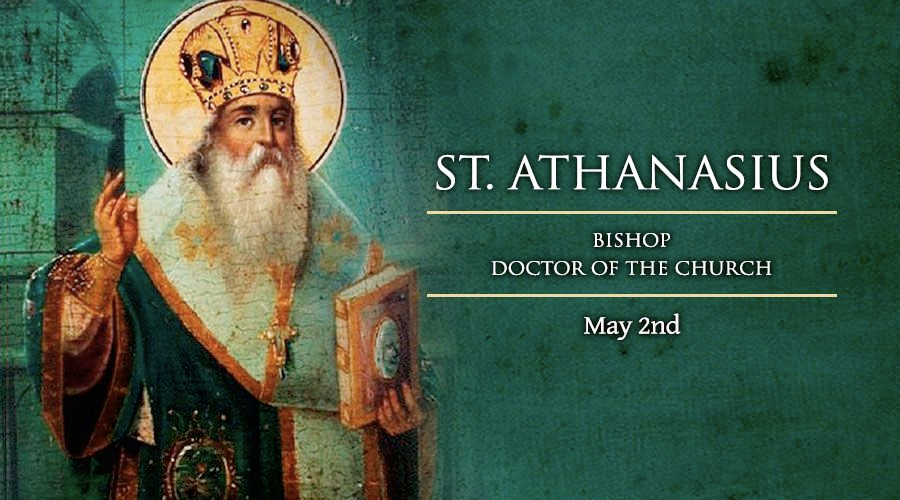 Even the opponents of these proposals still granted the apathy premise, but then worked to show how in the incarnation God had changed. Cyril of Alexandria is the one who consciously worked to attack the dominance of the apathy-axiom in Christology.

One person (hypostasis) two natures (physeis) in Christ is the orthodox language for Christology. Condemned therefore were the Monophysites [Christ had but one “nature”]—many of them churches of the Middle East who didn’t speak or understand Greek: Armenians, Syrians, Persians. The Monophysite response was that Chalcedon (as interpreted by Pope Leo in his Tome to Flavian) had two distinct acting subjects in Christ, thereby dividing the incarnation in two—one did the miracles, one suffered injury. Splitting Christ in two cannot be orthodox teaching.

Chalcedon gave Cyril’s perspective the victory. Yes, the divine nature can and does suffer in the incarnate Logos. Yet Christ’s cry of dereliction (My God, my God…) was for Cyril a stumbling block and he backed away from saying that the one uttering that cry was God-in-Christ.

The term theopaschitist became the dirty-word for labeling the monophysites. By saying God suffered, they were charged with denigrating God. But they were unconcerned with such a charge in their own use of the term. Rather they were concerned with the salvation agenda (in their perspective, the divinization of human nature) via the one-nature formula. Thus God had to come all the way down to the lowest human level if all of humanity was to be divinized again. The orthodox Eastern Chalcedonians fought the monophysites with dull weapons, since Christ’s suffering had no fundamental role in their own notion of salvation. For them the incarnation (Bethlehem) was already full salvation. The Christ of the Eastern Orthodox churches is not the Suffering Christ.

A. Christ’s cross moves to the center. God-suffering is at home in folk piety, but not in scholastic theology—neither in its Christology nor in its doctrine of God.

B. Au contraire Luther, especially in Christ’s cry of dereliction, “My God, my God, why . . .?” His entire theology is theology of the cross..

Theopaschitism? It has disappeared in theology too. Ho hum. Since Leibniz the tables are turned: Not God’s suffering is problematic, but the world’s suffering, our suffering—the so-called “theodicy” issue- -that is the question. Can God be a just God if suffering abounds in the world he created? A Copernican revolution, a child of the Enlightenment.

Yet vis-a-vis human suffering the Christian gospel offers God-suffering as an answer, a good-news answer. A faith-answer, of course, but an answer. Better than no answer at all.

Why has theopaschitism been forgotten? Theology has forgotten its world-connection. Christology entails an interpretation of the whole world, all reality. Christianity has let our Enlightenment culture squeeze it back into the thin area of religion, personal religious feelings and convictions. Today’s physicists are again pushing theological questions about the world. The world is helped with the suffering of God.

Third world Christologies are speaking of the suffering God. Some samples: Kazoh Kitamori’s “Theology of the Pain of God” from Japan and his fellow citizen Shusako Endo in his novel “Silence” with its “fumie” [trampled upon] Jesus. Also Gabriel Setiloane from Botswana in Africa.