Reformation Sunday, October 28, 2018
Crossings Board Member Chris Repp on the tragedy in Pittsburgh

Grace to you and peace from God our Creator, and the Lord Jesus Christ.
My sermon was going in a little different direction before yesterday morning, when a gunman walked into a synagogue in Pittsburg and murdered at least 11 people and wounded six others while shouting anti-Semitic slurs. But this has to be addressed, and Reformation Sunday, it just so happens, is the perfect day to do it. And the fact that it’s also Confirmation Sunday? Well that’s just a bonus. 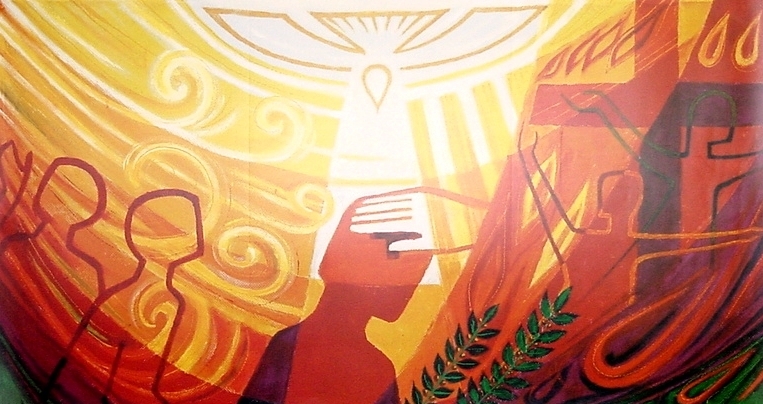 Why is Reformation Sunday the perfect day to talk about ethnic and religious hatred and violence? Because the Reformation was all about taking sin seriously, confronting sin, including and especially our own sin, head on and without excuses. It’s about recognizing both our personal, individual sin, as well as our corporate, shared sin. It’s about both what we have done and what we have failed to do, as we confessed a few minutes ago. Martin Luther and his Reformation colleagues were convinced that being real about sin was a prerequisite for truly hearing the gospel, and so being rescued from our deadly predicament.

And why is Confirmation Sunday a bonus when considering this difficult topic? Because in a few minutes, five members of our Grace family will make public affirmation of their baptism into the death and resurrection of Jesus Christ and profess the faith of the church. This is no time to sugarcoat the faith that you are claiming as your own today. I’m talking to you Ben, Abby, Adele, Connor, and Reuben. But I’m also talking to the rest of us here, who will promise in a few moments to support you in your ongoing journey of faith. Because this faith is about God’s real love and grace that is the only solution to the real sin and evil that have such a stranglehold on our world. We are in captivity to sin, we just said a few moments ago, and cannot free ourselves. Only God can free us from that captivity, through the death and resurrection of Jesus Christ, by the power of the Holy Spirit. So, it doesn’t hurt today to be real about what all of this actually means in the world of our daily lives, or to have such a concrete slice of life as our exhibit A.

Ethnic and religious hatred and violence are as old as human beings are. Our instincts lead us to favor those who are like us and fear those who are different. We quickly learn to separate ourselves into us and them. Now of course some of this helps us to survive. It helps us, at the most basic level, to identify our family as those to whom we belong, those who will protect us and take care of us. Lots of animals have this instinct. Over the past year Helen and I have started putting out bird feeders to attract birds into our yard. It’s true what they say, birds of a feather do flock together. There were at least a dozen goldfinches in our yard this past Friday morning. But then, there were also quite a few house finches. And they seemed to get along just fine. There seems to be equal-opportunity chasing of birds away from the feeders. Goldfinches will chase away fellow goldfinches as well as house finches, and vice versa. (And all of them get out of the way of the red-bellied woodpecker when she flies in.)

But we humans take things to another level. When things go badly for us we are slow to admit our own shortcomings and quick to blame others for our misfortune. Those people who are different from us, who don’t worship our God, who don’t observe our customs – they must be responsible for the hard times we’re living through. You know what I’m talking about. Surely you have played this game yourself. You know who the problem people are in our community – the ones who don’t respect others, who don’t dress or act appropriately. The ones who don’t work hard like you and I do, or who don’t work at all, who just want to take and never contribute.

I don’t know who you pictured when I talked about “those people” just now. Don’t tell me. But you played the game. We all play it. But over the past 2,000 years (at least) it has been the Jewish people who have borne the brunt of such “othering.” And we Christians have often been the ones dishing it out. The irony, of course, is that the Christian faith began as an all-Jewish movement inside Judaism. Jesus was Jewish, and so were all of his disciples. The very first internal conflict within Christianity was over whether those who wanted to become Christians should first become Jews – because Christianity understood itself to be a fulfillment of the Jewish religion. By the fifth century, however, there were very few Christians of Jewish descent any more, and by the Middle Ages the Jewish heritage of the faith had been all but forgotten, and Christians actively persecuted their Jewish neighbors. One example of this occurred during the bubonic plague that tore through Europe in the middle of the 14th century, killing about a third of the European population. In some cities, the Jewish parts of town were plague-free, which was suspicious to the rest of the population. The Jews must be the cause of this plague, they thought. And so, they were attacked, driven out of town, and worse. We know now that the likely explanation for the Jewish parts of town being disease free had to do with Christian superstition about cats in the Middle Ages. Christians thought cats were evil, and so they didn’t keep them around. Jews had no such scruples. So, the cats in the Jewish part of town controlled the rat population there. And as you probably know, the bubonic plague was carried by fleas that infested rats. In the Middle Ages, Christians persecuted Jews out of hatred born of ignorance, and unfortunately that didn’t stay in the Middle Ages. The most horrific persecution of Jews, the Holocaust, happened in the past century, in an overwhelming Christian context. Hatred, ignorance, and economic crisis combined to create a perfect storm in Germany. And good Christian people let it happen. 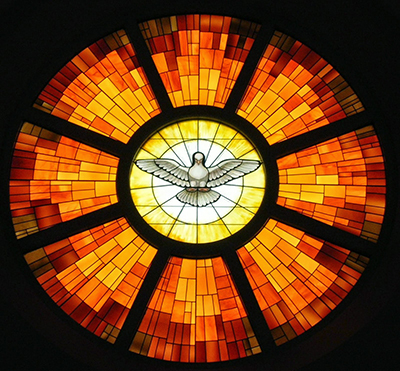 As I mentioned at the beginning of my sermon, one of the key insights of the Reformation is the depth of our sinfulness, our inability and unwillingness to fear, love, and trust God, to say nothing of loving our neighbors as ourselves. Sin curves us in our ourselves, Luther said, so that all we care about is our own wants and needs. That is not a pleasant thing to admit about ourselves. We don’t want to believe it, and we certainly don’t want to be told it by anyone else. It’s much easier to deflect the accusation onto others. To point the finger and blame others for the problems the world faces. But hear this, my dear Confirmation students, and all of the rest of you as well. If we are to be faithful to the Reformation and the gospel it promotes, we simply cannot go there. We cannot play the blame game. We cannot point out the speck in our neighbors’ eye when there’s a log in our own. Even Luther himself forgot this and violated his own principles toward the end of his life when he went on a vile anti-Jewish rant. We need to own that about our own heritage as Lutherans. And we need to own up to being a part of the problem of evil in the world. But here’s the thing. The gospel allows us to do that. As bad as our sinful condition is – and it is bad, worse that we like to imagine – but as bad as our sin is, God’s grace is even greater. Christ died for real sin, like ours – deep sin, deplorable sin. But because of the gospel, because of our conviction that Christ died even for sin like ours, we can own that sin. We don’t have to try to weasel out of our responsibility for it. We have the resources to confess our sin, receive God’s forgiveness, and to have our hearts opened to the world God has so loved in Jesus Christ. The gospel compels us boldly to expose and resist the lie of scapegoating others, the lie of racism, the lie of religious bigotry. And those lies are flying fast and furiously these days. But forgiven and redeemed by the death and resurrection of Jesus Christ and empowered by the Holy Spirit to love our neighbor, we can stand with our Jewish brothers and sisters, and all our brothers and sisters of every nation, faith, and race who are created in the image of God, against the evil that is so keen to divide and conquer us.

That’s what the Reformation was all about when it was being true to its principles, and this is what you confirmands are signing up for today. This is the faith that you are claiming as your own. This is the struggle into which you have been thrown in Holy Baptism. We are in it with you, dear brothers and sisters. But more importantly, God is in it with you. “God himself fights by our side, with weapons of the Spirit.” Be of good courage, count on God’s love and forgiveness, trust the promise God made to you in Holy Baptism. And may the peace of God, which passes all understanding, keep our hearts and minds in Christ Jesus. Amen.