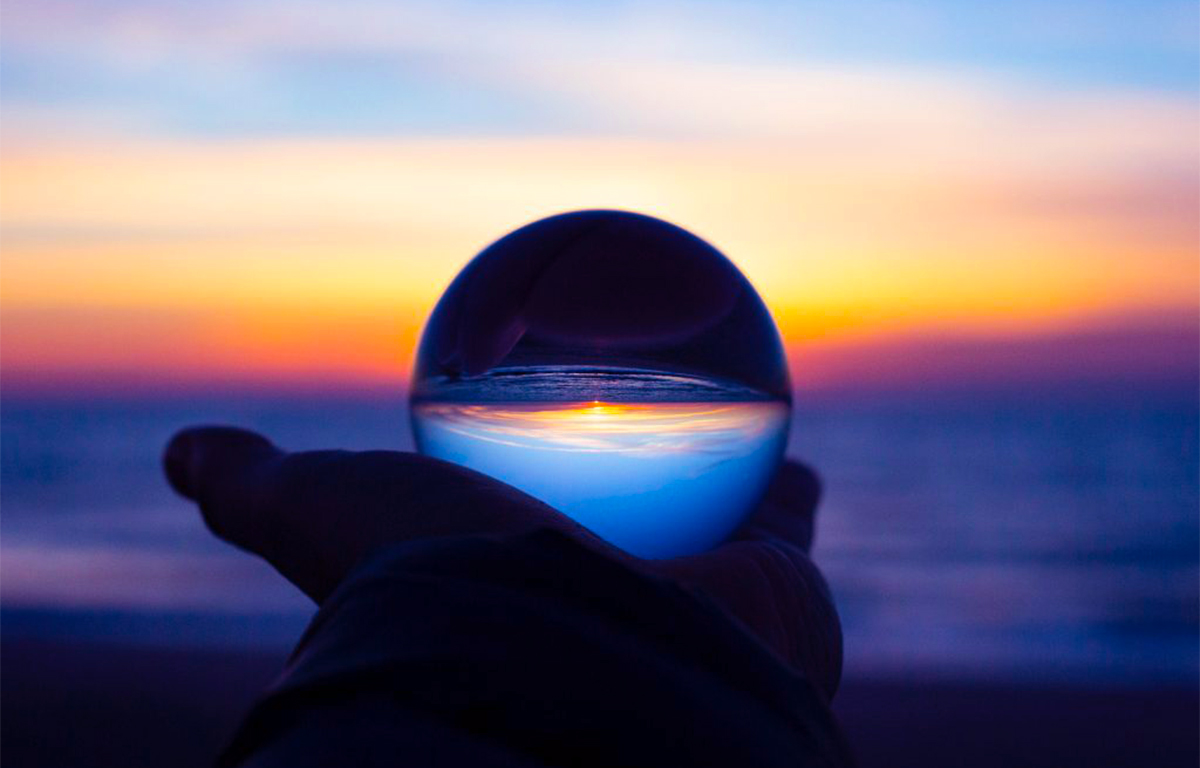 Matt Metevelis reflects today on current anxieties about the future of the church and its institutions. As you’ll notice in the opening paragraph of his essay, there couldn’t be a better day than this for getting it to you. God grant encouragement as you read.

Again a reminder that we’ll gathering in Belleville, Illinois next January for a two-day seminar on the topic “The Promising Community.” The dates are January 23-25. Featured speakers include Mary Hinkle Shore and Kit Kleinhans, both deans of ELCA seminaries. We looking forward to seeing you there!

From Prophecy to Promise:
Facing the Future with the Gospel

Secular prophecies tend to fail. Steven Ambrose, the historian and author of mountains of books about World War Two, came and spoke at my small liberal arts college around the height of his popularity. To accommodate the crowd size the school had to move the talk to the gymnasium. Ambrose talked mostly about the factors, both domestic and military, that enabled the United States to lead the allies to victory in the war. He closed his speech with a prediction. “Because of the efforts of that generation we are on the verge of an unprecedented time. The 21st century will be the great century of peace.” Now, I remember this prediction very clearly. And not because it was so stirring or inspiring but because of the date it was made on. September 9th, 2001. Two days later in the crowded basement of my dorm we watched the towers fall.

The foretelling of the future always entails two false prophecies. The first is the voice of comfort. The second is the voice of destruction. Listen to people talk about what’s coming. Some will invoke dreams of utopia. Others will warn about doomsday. For every voice like Ambrose’s that preaches a rosy future, as many others will proclaim despair and the end of all things. At the same time I was listening to Ambrose’s turn-of-the-millennium optimism the Left Behind books were just barely trailing Harry Potter as a publishing sensation. Comfort and fear. We think about the future holding one of these in store for us. Triumph or tragedy. But really this is just the same Janus-faced mask that covers a fundamental ignorance. We project hopes and dread on the future because we don’t in fact know what it holds.

Remember this the next time you are listening to people talk about the future of the church. It’s a particular obsession in main-line world. From my first days in seminary I heard a very discordant chorus about the prospect of the church. On one hand there was the constant stream of Pew Center data about declining religious adherence, “nones”, and warnings about how much society had changed. On the other there were optimistic voices issuing strategies which really boiled down to disjointed anecdotes about new experiments in religion that would yield a kind of post-modern (“emergent” was the trendy word at the time) community that emanated connection and authenticity. If you were still listening there was plenty of speculation about the social Trinity to bolster this or at least convince you it was deep and theological enough to pass muster. So I gathered that it was my job either to gracefully manage the decline of a vestigial institution or to transfigure it into something unnamable and unrecognizable. Leaders in the church are always somehow under the impression that their job is to steer the ship away from doom and into glory.

The optimism and pessimism about the future we hear issues less from any real knowledge we have about the future and more from the anxieties we experience in the present. Whatever will happen in the future, its events remain outside the bounds of our control. And when we are in danger of losing control we tend to do two things: we’ll either double down on our efforts or give them up entirely in resignation. Not to tell too many college stories, but I found that there were two types of beings on campus during finals week. Either they were of the masses huddled in the library until the wee hours of the morning cramming their brains out or the masses equally huddled in the bars drinking their hearts out.

Theologians might call this two responses to the law. Either we maximize our works hoping that the law will turn things our way or we attempt to flee from the law entirely. Our predictions about the future tend to have such a strong cast in one way or the other because they are perceptions of the promises and threats of the law. “We’ve done this so things will turn out well.” “We haven’t done this, or we can’t stop this, and things are going to turn out badly.” Past, present, or future: all are encompassed in the dictum from the Confessions: Lex semper accusat. The law always accuses.

Maybe this is why Jesus had to give his disciples one final rebuke. As the disciples stood with the risen Jesus on the Mount of Olives they asked him, “Lord, is this the time when you will restore the kingdom to Israel?” (Acts 1:6, NRSV). They wanted to know where all this was going. Were they walking into “God’s preferred future”? Was this the time that the institutions would be re-established? Was now the time that the former glories would be made glorious again? The two tendencies of church-folk are manifest here. The first is to cling to an idealized past hoping that the clinging will make it real again. The second is to bet all our chips on an unrealized future hoping that if we hang on long enough and do the right things we will receive it. As Jesus is about to ascend to the Father the disciples want a glimpse of the strategic plan. But they do not receive it. “It is not for you to know the times or the periods that the Father has set by his own authority.” (Acts 1:7). The future is not for the disciples’ minds or hands. The future has been set already by God. The future belongs to God. And just as we can’t make the past into the present, we can’t make the future conform to what we do in the present. The disciples are told that the “times and periods” (the chronos and the kairos) are not “for you.” Something else is.

“But you will receive power when the Holy Spirit has come upon you; and you will be my witnesses in Jerusalem, in Judea and Samaria, and to the ends of the earth.” (Acts 1:8). The future for the disciples is not a kingdom to be built or an institution to be revamped. The things to come are not a task. They are a reality arising from a gift. The Holy Spirit will come upon them to give them power and make them “witnesses” of Jesus by speaking the words of good news to the ends of the earth. Everything the church has is built on the words of good news the disciples are about to receive and bear a living witness to. As Luther would later put it in the Babylonian Captivity the church would not make the promises, but the promises would make the church. And as long as we preach, trust, and work in these promises we have the church—fully formed, fully equipped, ready to go. When Jesus said as long as three of you are gathered (Matt. 18:20) he was not just making a point. As long as one person preaches the gospel, another hears it, and a third makes sure the second person hears it and maybe tells the first—you’ve got everything you need.

We don’t need to imagine what kind of future we might build for the gospel. It’s more than enough for us to take in the fruits that issue from the gospel. Faith, gratitude, gifts, consolation, forgiveness, wholeness, community, wonder, courage, hope—these are not things we ever have to wait for. They abound in congregations of every shape and size and flourish among families, and every time I preach I see them peeking up at me from the pews. There is no specific promise that a fuller, more vibrant, more traditional, more you-name-it institution that conforms to our ideological preferences will dispense these gifts any better than the messy, tottering, ramshackle houses of grace than we run in today. If you don’t believe me, watch how fast faith and community take root in places where the church faces duress, persecution, and hardship.

The future of the church does not lie in building better programs or getting the welcoming statements and marketing right. There is a place for all that. Strategic plans are important. But they are matters for our work and not our trust. We cannot take the future of the church into our own hands—even if we pretend we are just doing our best and leaving everything up to “the spirit.” When the church lives fully under the promises of God it does not have a future. Rather, it has a word to cling to and share. This word remains forever. The only future that God will abide contains that word and all who have life in its name. The future is not there in our musings and speculations about what God might be “up to.” Scripture again and again points to a God who frustrates and confounds our expectations and predictions, who makes a muddle of our best laid plans, and who delights in doing things nobody could possibly imagine. Our talk about the future as an institutional matter will always get bogged down in speculation about rewards and punishments. Do this and we’ll thrive. Don’t do this and we’ll fail. The gospel doesn’t wait for us to earn the future. The future gets crammed into our ears and shoved down our throats every Sunday. Promises are like that. “Don’t worry about the future” Christ says. “I’m here and I’m not going anywhere.”

God ends our flight to the future by gifting us with a word that claims hearts, shakes thrones, and builds the kind of community that the gates of hell and our fears and projections can’t prevail against.

Jesus doesn’t really deal in prophecies. Jesus gives promises. I imagine Jesus walking into a synod assembly or leadership conference filled with concerned and faithful church leaders, energetic lay people, and all the resident “experts” on church and culture issues. He strides in the conference room wearing a pair of sunglasses and turns to all the people having hushed conversations over bad coffee. “What if this is as good as it gets?” he says like Jack Nicholson in the famous ‘90s movie of the same name. And from there he might start pointing to scars he still wears as he tells stories of people who come to churches every week to hear words that heal their pains and forgive their sins. Maybe he’ll talk about how he heard every accusation hurled at the church already as a taunt hurled at him on the cross, or maybe he’ll just go from person to person in the room and listen to them share their joys or console them when they reveal their struggles. He’ll talk about how he’s been to the past and future already and neither were as great as we might think. Offering a toast, he might give to everyone in the room his best promise—reserved only for those who hang with him on a cross, “Today you will be with me in paradise.”