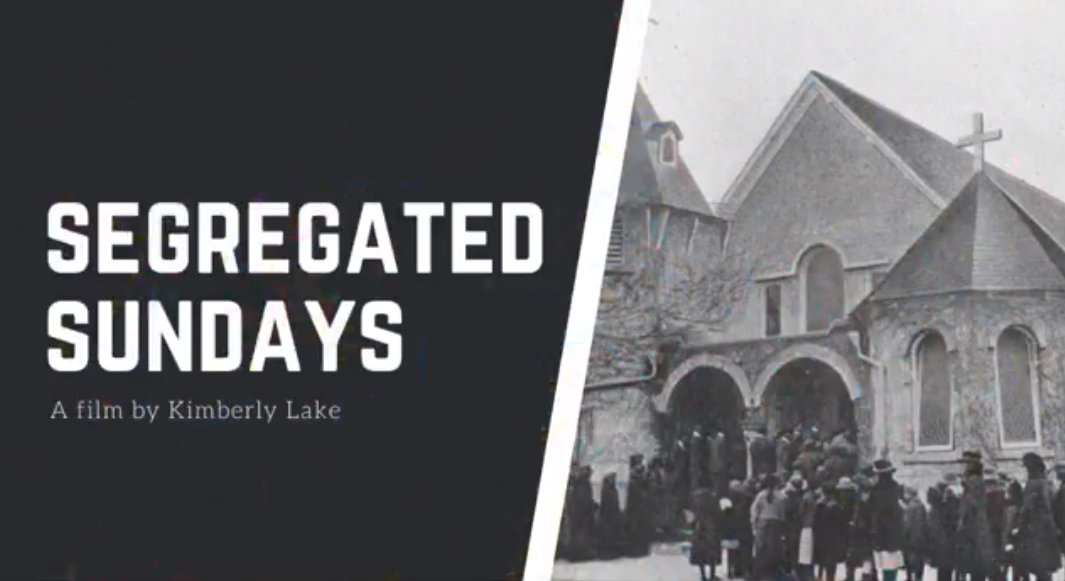 Facing the Sin of Racism

There is an endless list of gifts to thank God for this Thanksgiving. Among them is the simple fact that more Americans than usual will take a break from the crabbiness of the times to express some thanks of one kind of another. Not that all of these thanks will be directed to God. We can imagine even so that he’ll take them as a compliment. Such is his generosity, to say nothing of his patience. Thanks be to God for that!

As for you, we pray you’ll join us in thanking God today for something that won’t cross many minds at all as our fellow citizens gather around their tables. The word—the gift—is freedom. Specifically, the freedom God gives us in Christ to look sin in the eye, admit to the grip it has on us, and imagine escaping its clutches.

Today’s post is a paean to such freedom. It comes from Nathan Hall, pastor of the Lutheran Church of the Nativity in Conway, New Hampshire. Nathan is also the current Vice President of the Crossings Board and a regular contributor to our text study series.

A quick reminder about January’s Crossings Seminar featuring two ELCA seminary deans and a young pastor from Cambridge, Massachusetts. Our topic is “The Promising Community.” If you haven’t signed up yet, now is the time. We’d love to see you, either in-person or online!

Having grown up in the 1980s and 1990s in rural south-central Virginia, I have long been aware of race. I attended the county’s public school which was 65 percent Black. School assemblies regularly featured a reenactment of Martin Luther King Jr.’s “I have a dream” speech, or a student rendition of Milton Brunson’s “I’m Free, Praise the Lord, I’m Free,” or students performing stepping, or the faculty choir singing the Black national anthem (the hymn “Lift Every Voice and Sing”). I would hazard a guess that most Lutherans do not grow up attending a school that seeks to empower its Black students in this way.

Nestled into communities of German and Scandinavian immigrants, Lutheran churches in the United States tend to be homogeneously white. There are many exceptions to be sure. And yet, even in rural Virginia, church was largely exempt from the development of racial awareness that was burgeoning in other arenas. Martin Luther King Jr. famously said “it is one of the tragedies of our nation, one of the shameful tragedies, that eleven o’clock on Sunday morning is one of the most segregated hours, if not the most segregated hours, in Christian America.” I certainly found this to be true, and I have been troubled by it. 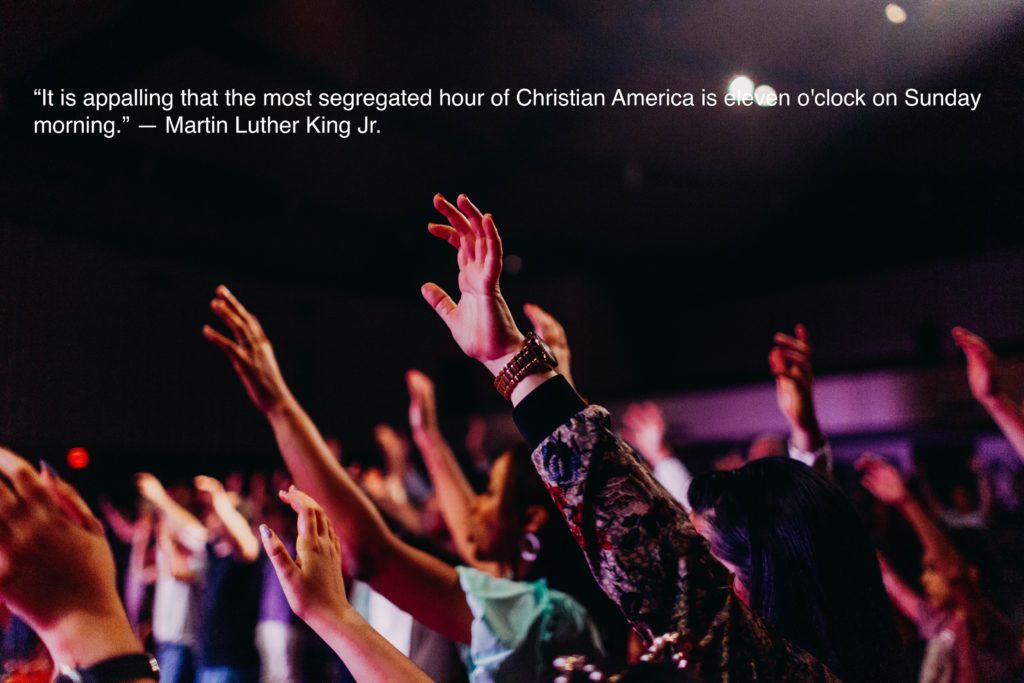 According the Pew Research Center’s 2015 report,[1] the Evangelical Lutheran Church in America is the whitest denomination in the U.S. (96%), with the Lutheran Church—Missouri Synod coming in a close second (95%). Perhaps this lack of racial diversity results from these denominations being offshoots of European state religions, wherein religious commitment and ancestral heritage blend. Perhaps it has to do with the demographics of the regions where Lutheran immigrants settled. Such causes seem plausible, and they certainly pose challenges to American Lutheran churches obtaining a racial diversity proportional to the country’s population.

What would happen if we were to support Lutheran congregations in places where there is more racial diversity? What would happen if we disposed with all the Dala horses, Norwegian sweaters, lutefisk, and German beer? Would that create an environment where people of different heritages could be part of the in-crowd? I wish it were that simple, but my guess is that there are many other layers at play.

One possible layer has been troubling me for the last couple of years: What if Lutherans’ overwhelming whiteness results in part from a misapplication of our theology? We rightly cherish a theology where Jesus makes us right with God. We are not called to contribute a thing to God’s saving work. We simply receive salvation as a gift received through faith. This is the Gospel: though God knows us for the alienated sinners we are, God is reconciled to us through the death of Jesus. Now God looks at us and sees only the goodness of Christ. We are told to make use of Christ, every day heaping our sins upon the cross, and God declares us righteous.

But what if we have done as Bonhoeffer warned against[2] and we have turned this Gospel into a cheap grace, where forgiveness is proclaimed as a principle. Rather than reassuring a sinner who is sorrowing over their wretchedness, this cheap grace tells everyone that they are doing just fine. 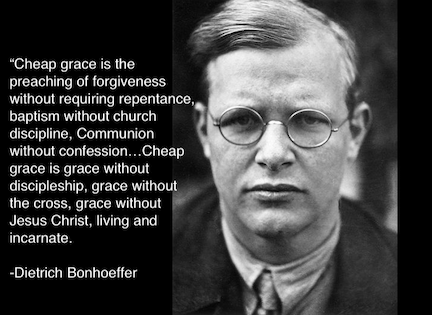 Suppose, however, as we have been learning over the last years, that we live in a society which favors whiteness. This favor extends to virtually every arena of our society, from economic advantage, to political power, to educational opportunity, to housing opportunities. Even the most “woke” of white people are distressed to be informed upon taking a test of Harvard University’s Project Implicit [3] that they are not exempt, but rather are shaped by implicit biases of which they were unaware.

That we are guilty of racism (personal and systemic) should come as no surprise to people who routinely confess their sins, known and unknown, to God at the start of the worship service. And yet in my experience the thought that we are participants in and products of a racist system is a shock to many. It is discarded as quickly as possible, in favor of the innocence of ignorance.

And here is my fear about the misapplication of the Gospel: perhaps we gloss over the reality of sin because we’re forgiven sinners anyway. Does our Sunday assurance of absolution function to shelter our congregants from the full work of the Law? Does this function as cheap grace that justifies sin without justifying the sinner?

What is more, in putting our unreckoned sin upon Jesus, do we also burden our siblings of other races? We receive the gloss of forgiveness, without confronting the sin. We are free to continue our old ways, and it is not only Jesus who bears the cost. As so often happens when the powerful sin, there are victims who bear the cost. 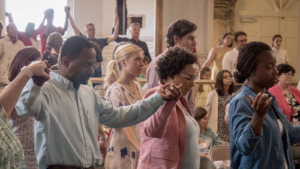 However, we know that Law and Gospel work together to renew a person. For a person to be raised with Jesus they first have to be brought low. Resurrection doesn’t work without dying first. That’s why we are drowned in baptism and raised to new life. Absolution doesn’t work if it is applied generally as a way to gloss over sins. Absolution works if people sit before God with sins exposed, and then, out of their despair, they hear the words of forgiveness and restoration.

God also forgives the sins of which we are unaware, but awareness of the full gravity of one’s sin brings appreciation for forgiveness. It leads one to embrace and celebrate the depth of the gift God brings. We are free from the sins that held us. As we see the power of the Gospel in our lives, we get a glimpse of the people that we are becoming in Christ. We are new creations, freed for every good work.

Absolution even washes clean the sin of racism, which, when fished out of the shadows, causes the sinner to squirm in discomfort. Many sins are uncomfortable to face. Certainly there is a great deal of shame associated with racism. The topic is largely taboo and therefore all the harder to deal with. But knowing the Gospel may give us strength to face our shortcomings, and not simply gloss over them. As the Law kills, the Gospel brings to life. We are raised to live in Jesus’ righteousness.

I wish that my church might make the double step of boldly confessing its sin, and living in Gospel freedom. In that knowledge and freedom, I think there is fertile room for a renewed attempt to reconcile the full body of Christ, especially across that Sunday-morning-at-eleven-o’clock divide. 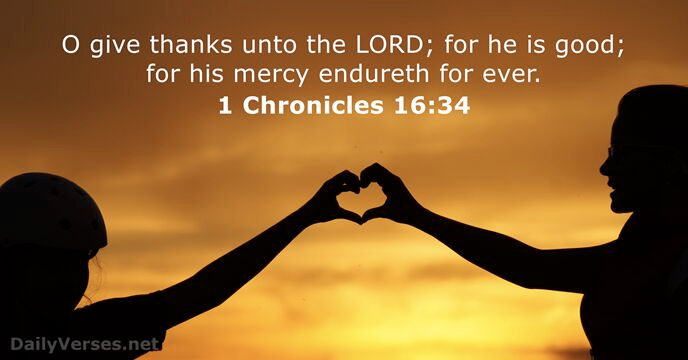