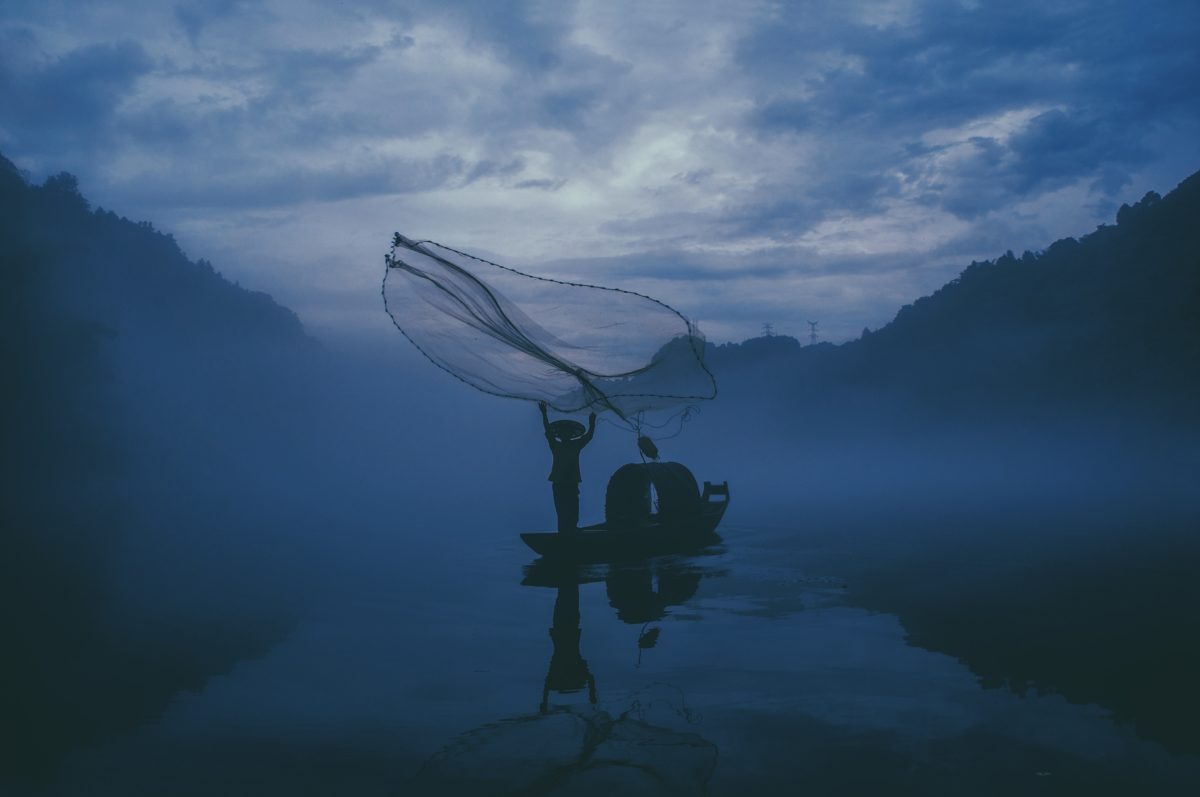 We’re in the middle of Lent today, yet we bring you a reflection on the Gospel for the Third Sunday after Epiphany. Steve Kuhl sent it our way toward the end of January when the pipeline was still choked with ruminations on the events of January 6. As it happens, Steve’s piece is the perfect complement to Dick Gahl’s review, two weeks ago, of the “mission” theme in Mark. You’ll see a bit of overlap too with Chris Neumann’s brief devotion last week. Though the main thing to set your eye on today is the big word “repent,” which belongs as much to Lent—to any other season, for that matter—as it does to Epiphany. Our thanks to Steve for refreshing us today in what the word means.

We should add that Steve prepared this in the first place for the ever-repenting saints that he serves at St. Mark Episcopal Church in South Milwaukee. Christ grant grit and gladness as they stumble on behind him. So too for us all. 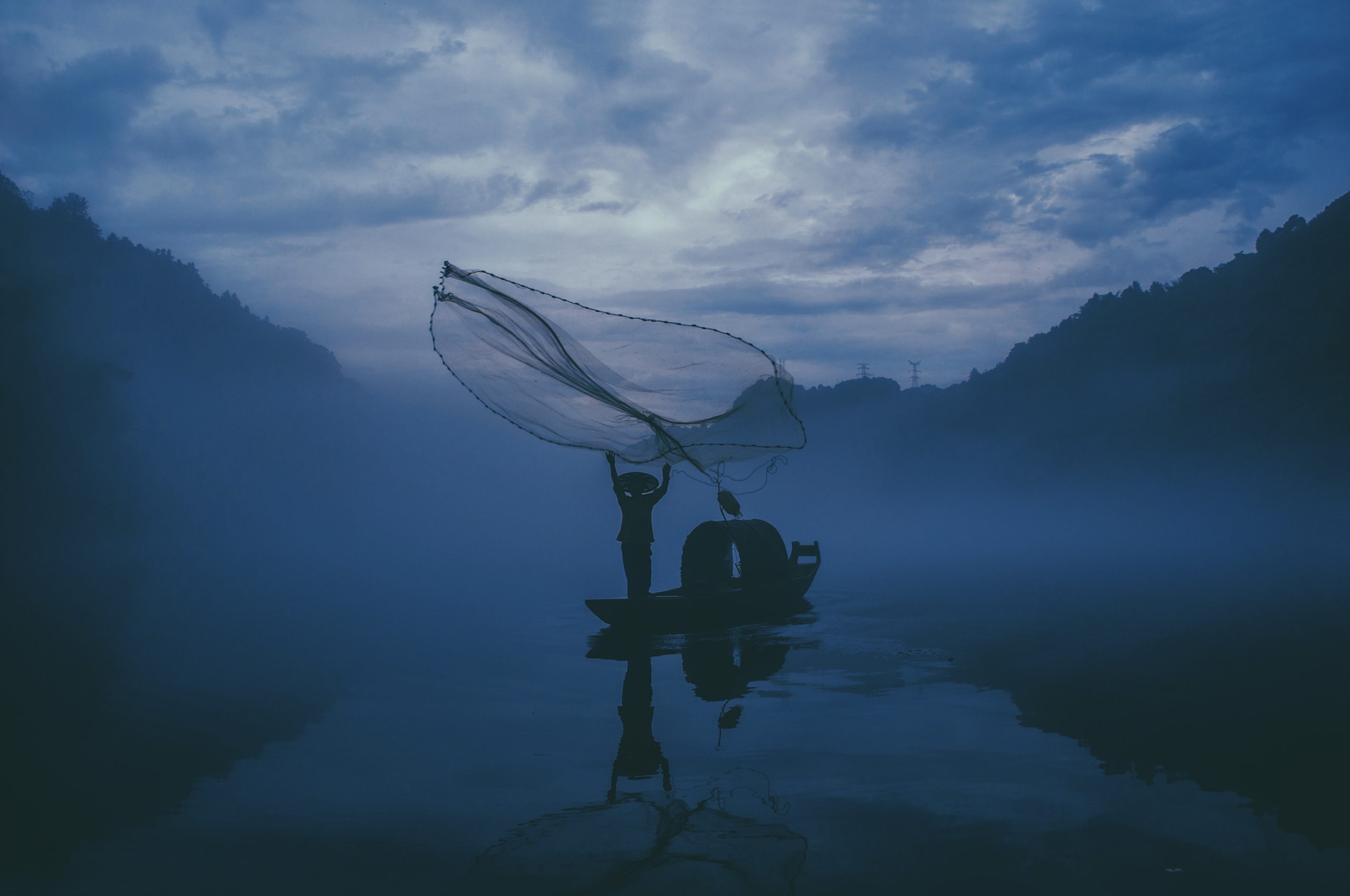 The Gospel for this Sunday, Mark 1:14-20, is the first public act that Jesus does. He is doing "Epiphany"; he is "making known" to the world what he has come to do, to fulfill God's promise to bring his saving rule (what he calls the Kingdom of God) into the world. Because his saving rule is the administration of the forgiveness of sins—and because he forces his rule on no one—he gives it to those who want it, who acknowledge their need for it, namely, those who "repent." Every time, we in the liturgy are called to confess our sins for the sake of receiving his forgiveness of sins, "epiphany" is happening. We are aware of both who we are as sinners and who Jesus is as the Son of God who has the authority to forgive sins. 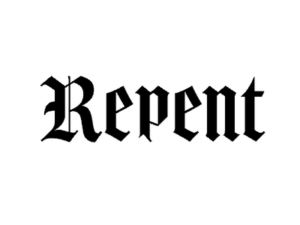 Those first disciples of Jesus (Peter and Andrew, James and John) were fishermen—and the image of fishing is helpful for describing what it means to "follow Jesus." It is also important to note that they are fishing with a net. Fishing with a net is called "seining." As fishermen, they are seining the sea with their nets to catch fish. That is, in essence, what Jesus is doing when he calls them to "follow him." His call is like a net seining the world in order to catch sinners. The question is, what is he going with them when he catches them?

Most of us are familiar with civil law. The law of God works much the same as civil law; indeed, civil law is a species of the law of God, but that is a discussion for another time. What law does is seine the world for law breakers. That seining, for example, is what a police officer does when he sits on the side of the road "seining" the highway for speeders. His intention is to catch them "immediately" and to pull them off the highway and fine them. His intention is to "catch" speeders. That is what the law does. Its purpose is to rid the world of speeders. So, too, the law of God. Its purpose is to rid the world of sinners.

To carry the image further. We would never think of asking the speeder "why did you decide to get caught?" The truth is he did not want to get caught and the greater truth is he thought he could get away with speeding. Rather, the question is "why did the officer decide to catch him?" And the answer is clear. To rid the highway of speeders. Likewise, that is the reason also why God's law catches sinners. To rid God's creation of sinners; and we call that riddance, ultimately, by the name "death."

It is also true that both Jesus and the law pull sinners out of the world into the reality of death. But the law simply pulls them out to perish; Jesus pulls them out to place them into his death and resurrection. The Kingdom or rule of God, then, is about transferring sinners from this life, through death, into eternal life, to reside in the eternal presence of God forever. Think of it like this. Jesus pulls us out of the sea of this world to reside in the aquarium of God's grace: a grace that consists of repentance (acknowledging our sin) and forgiveness (trusting God's grace) now and, after our (physical) death, of raising us to eternal life with Christ (living the fullness of grace) in the age to come.

It has been my experience that most people find it striking when the text says that those first disciples followed Jesus "immediately." They ask "why would they do that?" But that's the wrong question. It's like asking the fish, "Why did you get caught?" The reason they followed is not because they caught Jesus but because Jesus caught them: by the mysterious, unfathomable grace of God, by the power of the Holy Spirit, they got caught, they believed, they followed. Who knows how many times they heard Jesus seining the Galilean countryside with his message (1:154-15)? We don't know. But what we do know is that this time they got caught; it was their kairos, the moment when, for them, "the time was fulfilled" and the message of the forgiveness of sins struck them as the "good news" they needed. 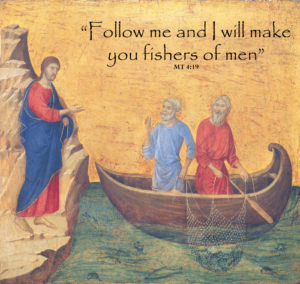 But note, disciples aren't only caught by Jesus. Once caught, he also sends them out as part of his net, his call, to catch others. Jesus puts it like this: "Follow me and I will make you fish for people" (1:17). Translation: "I have caught you so I can now use you to catch others for me.” That's how the kingdom of God, Jesus' rule of grace, seines the world for sinners to save sinners.

At the top of the Saturday Update I send out every week to my parish, I always begin with these words highlighted in yellow: "Be An Evangelist. ...invite family, friends, and whomever you wish to join us for worship." That is one example of how we the "caught" can become "catchers for Christ." And note how easy it is!

But inviting people to hear the word of grace at church is not the only way that we might become catchers for Christ. Sometimes it takes the form of a supportive gesture or a helping hand or a word of encouragement or a bold stand. And when that can be accompanied appropriately by a word about "why" you do it -- on account of Christ -- no better example of seining the moment for Christ can be had. You have brought the kingdom of God near. It then simply rests upon Christ and the Holy Spirit to act, to fulfill the moment, and make the catch. And when they do, we have something like what happened to the disciples here in this text and in us when we first believed: epiphany, following Jesus "immediately." And, if that doesn't happen at this time, well, we “immediately” continue to seine.