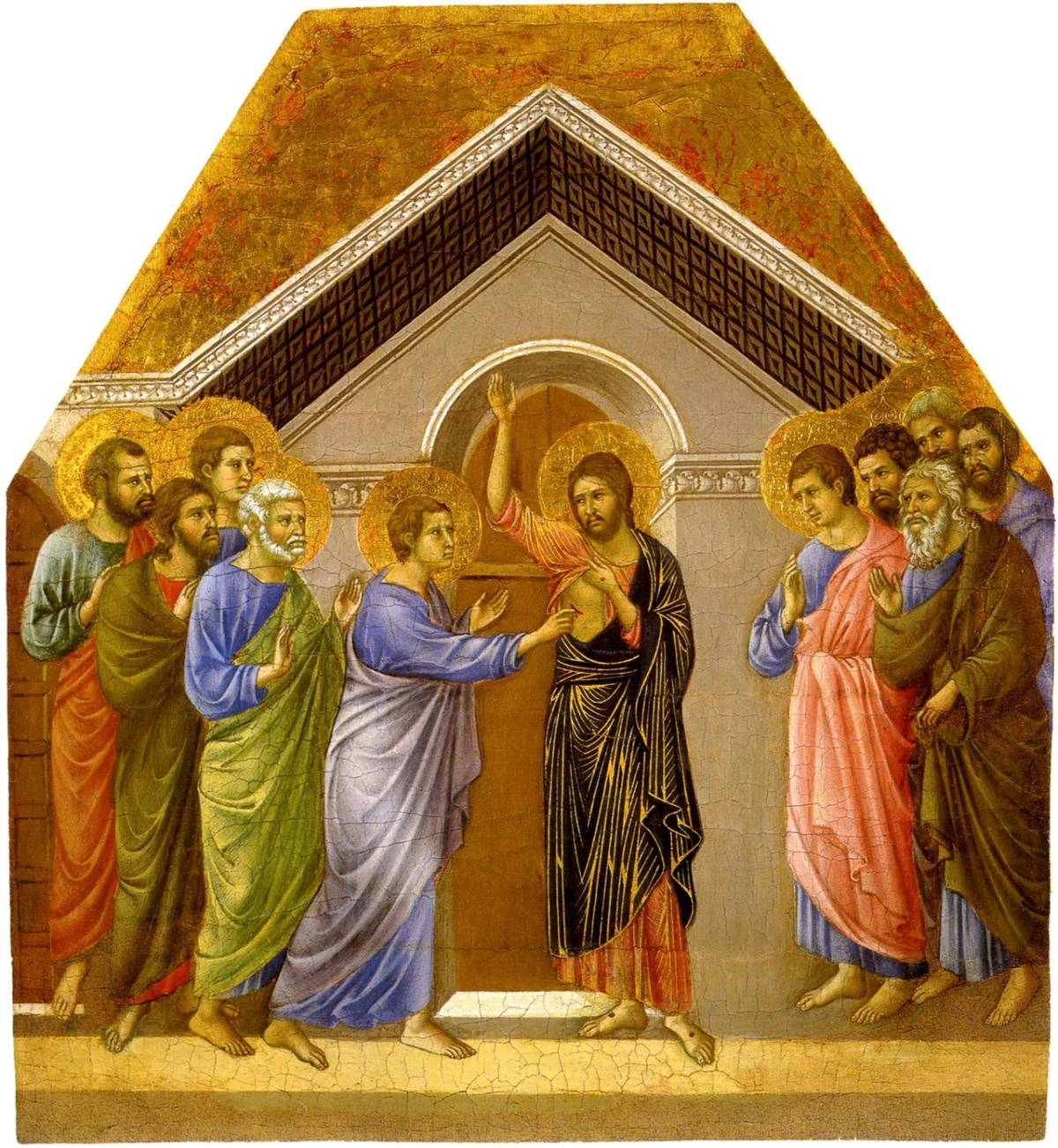 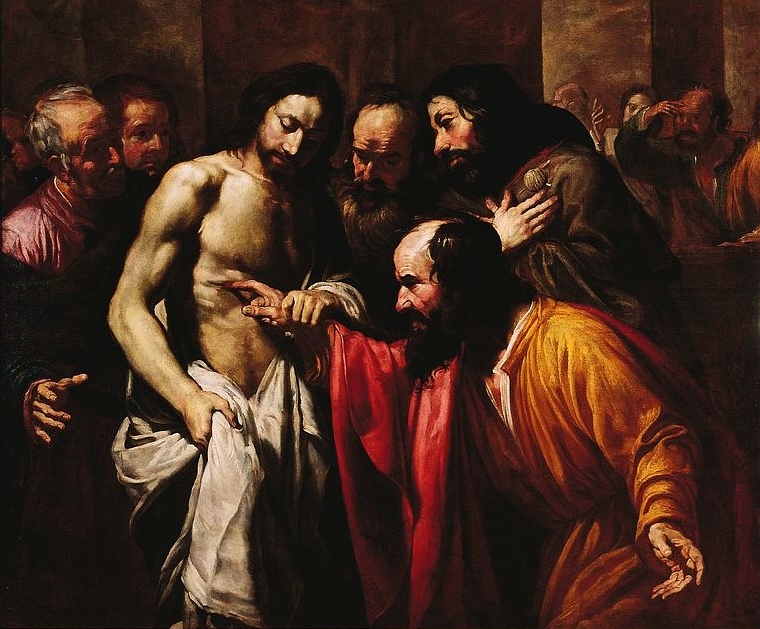 Thursday Theology is devoted to “making full use of Christ’s benefits.” Of course, we have use of those benefits because of Christ’s death and resurrection. In today’s post, Fred Niedner offers a rich repast of his close reading of the Gospels and Paul’s letters, as well as a few verses of rabbinic teaching from the Mishna. He invites us to participate in Christ’s death and resurrection—and become Christ’s body in the world. In so doing, Fred seeks to keep the Easter message alive for all of us, telling us, “We who gather in Jesus’ name to remember the promises, baptize, and share the meal are the only flesh-and-blood body the risen Christ has now in space and time.”

Fred, a senior research professor for Valparaiso University, has been a frequent speaker at Crossings conferences, a regular writer for our weekly text studies, and one of leading voices in our monthly Table Talk discussions.

Roaming About In, With, Under, and As the Risen Christ’s Body
by Frederick Niedner

Preaching and teaching the Easter season’s lectionary pulls us every year into the work of addressing a question that both believers and outsiders have asked ever since hearing that visitors to Jesus’ tomb were told, “He’s risen. He’s not here.” Well, then, if he’s alive but not here, where is he? And what is he doing?” You can’t go around claiming you know someone who died, rose again, and even talked to a few people, and now tell us he’s “nowhere,” sort of like an imaginary, invisible friend. If you truly know a risen-from-the-dead guy, we want to meet him. In a way, everyone who’s heard the story is a twin of Thomas, the fellow who missed the meet and greet.

The gospels and other Christian scriptures offered responses. Matthew’s is perhaps simplest. First, while speaking of forgiveness, Jesus paraphrases rabbinic teaching about the presence of God resting with even a few who study Torah together as he promises his own abiding presence with two or three gathered in his name (cf. Matthew 18:20 and Mishna Avot 3:3). In Matthew’s final scene, Jesus assures those he sends out to teach and baptize, “I am with you always” (28:20). He goes wherever they will go. If you want a glimpse of Jesus, keep an eye on them. 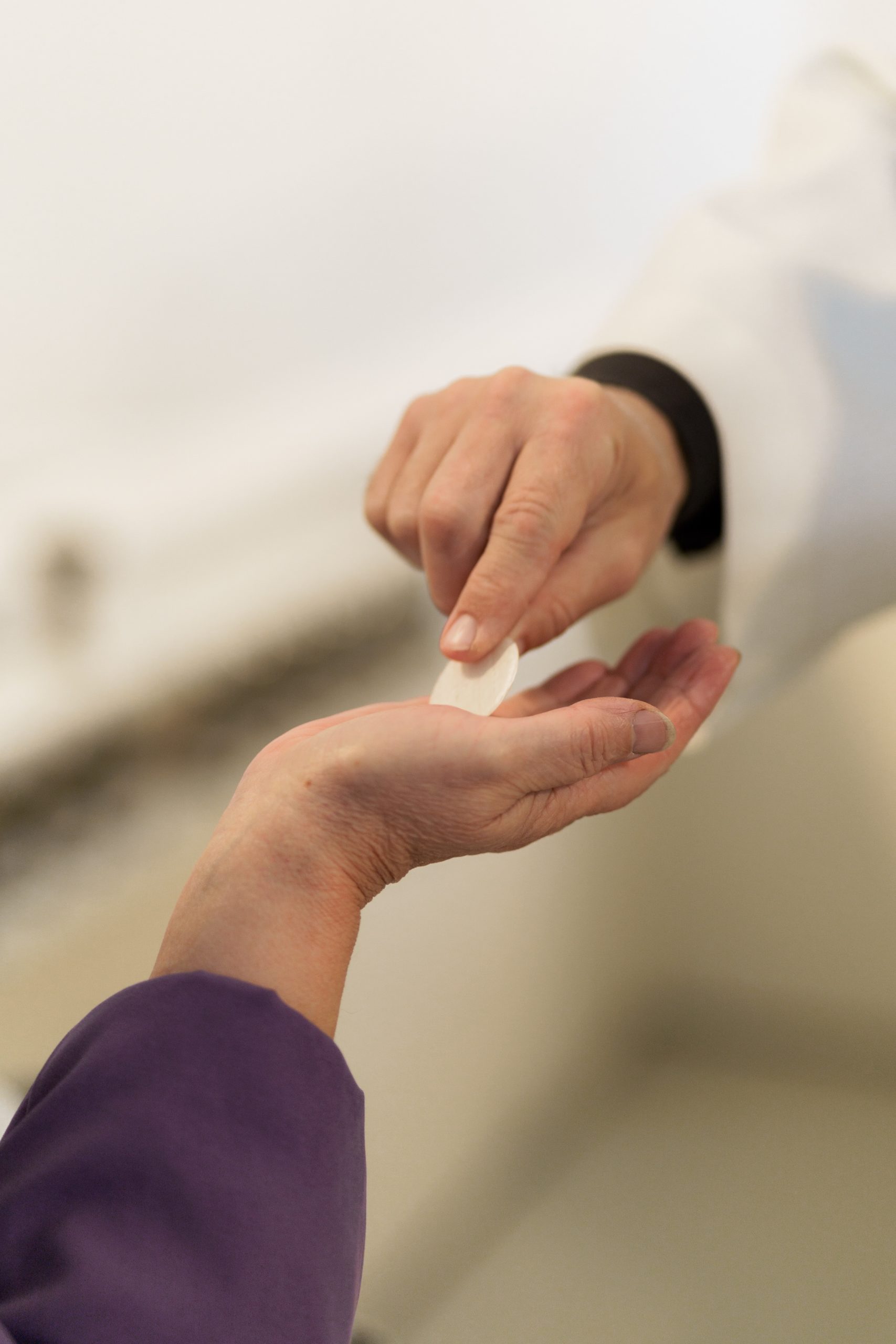 Photo by cottonbro found on Pexels

Both Luke and John teach that the risen Jesus “ascended” to the Father (John 20:17; Luke 24:51 and Acts 1:9-11; 2:32-35). Earlier in John, Jesus promises that as surely as his life is tied to the Father’s, he inhabits everyone who eats his flesh and drinks his blood, and they abide in him forever (John 6:53-57). The Father, Jesus, and all who abide in Jesus are one (John 17:20-24). So, you want to see Jesus? Look at those who love him and love each other the way he loves them (John 13:34-35). As Thomas’s story shows his countless twins, you can also tell them by their wounds. Even risen and living the life eternal, they still bear touchable marks of giving away their lives for love (John 20:19-31).

Like virtually all post-resurrection appearance stories, Luke’s Emmaus road account (24:13-35) teaches readers that you can see, hear, and converse with the risen Jesus and not recognize him. You might meet him anywhere along life’s journeys. He reveals himself in the stranger to whom you show hospitality, and you recognize him in the blessing and breaking of bread, especially when your weary heart has first been kindled with a lesson in Jesus’ hermeneutical key to scripture study. (Luke may also recall a rabbinic teaching: “When three eat at one table and speak the words of Torah there, it is as though they have eaten from the table of God.” Mishna Avot 3:4)

In Luke, the ascension begins already in 9:51, when the first steps of the fateful journey to Jerusalem signals that the time had come for “being taken up” (analempsis). Then, in Acts 1, at the conclusion of the analempsis, as Jesus “journeys” (poreuomai) into heaven even as he “journeyed” steadfastly toward Jerusalem and the cross (9:51ff.), those same “two men” last seen at the empty tomb, and before that on the mount of Transfiguration (9:30-31), tell the disciples they will see all this again—no, not in a reverse levitation, but in the journey of analempsis each of them, like Stephen, Peter, and Saul become Paul, will make. You want to see Jesus? He’s everywhere, so practice hospitality, and pay close attention to the way Jesus’ story keeps showing up in your own story, especially in moments when crucified people, with only a few breaths left, find reason to celebrate simply because they’re together (Luke 23:42-43).

The curious ending of Mark’s gospel appears to address the question of Jesus’ whereabouts directly (16:6-8). “He’s going ahead of you to Galilee. There you will see him, just as he told you.” Setting aside all the later, well-intended fixes for Mark’s seemingly lame ending, readers can only follow those startled, speechless women to Galilee and there keep an eye out for Jesus. This far removed from the time and place of the young man’s directive, we’ve little choice but to go back to the beginning of the gospel as Mark recounts it. It begins in Galilee, and this time, as we follow along, we see we’re tracking the risen Jesus, whom the disciples don’t always recognize even when looking at him (7:47-52). He invades unclean territory, touches unclean things and people, and instead of him becoming unclean, new, “clean” life dawns for the sick, shunned, and even the dead. 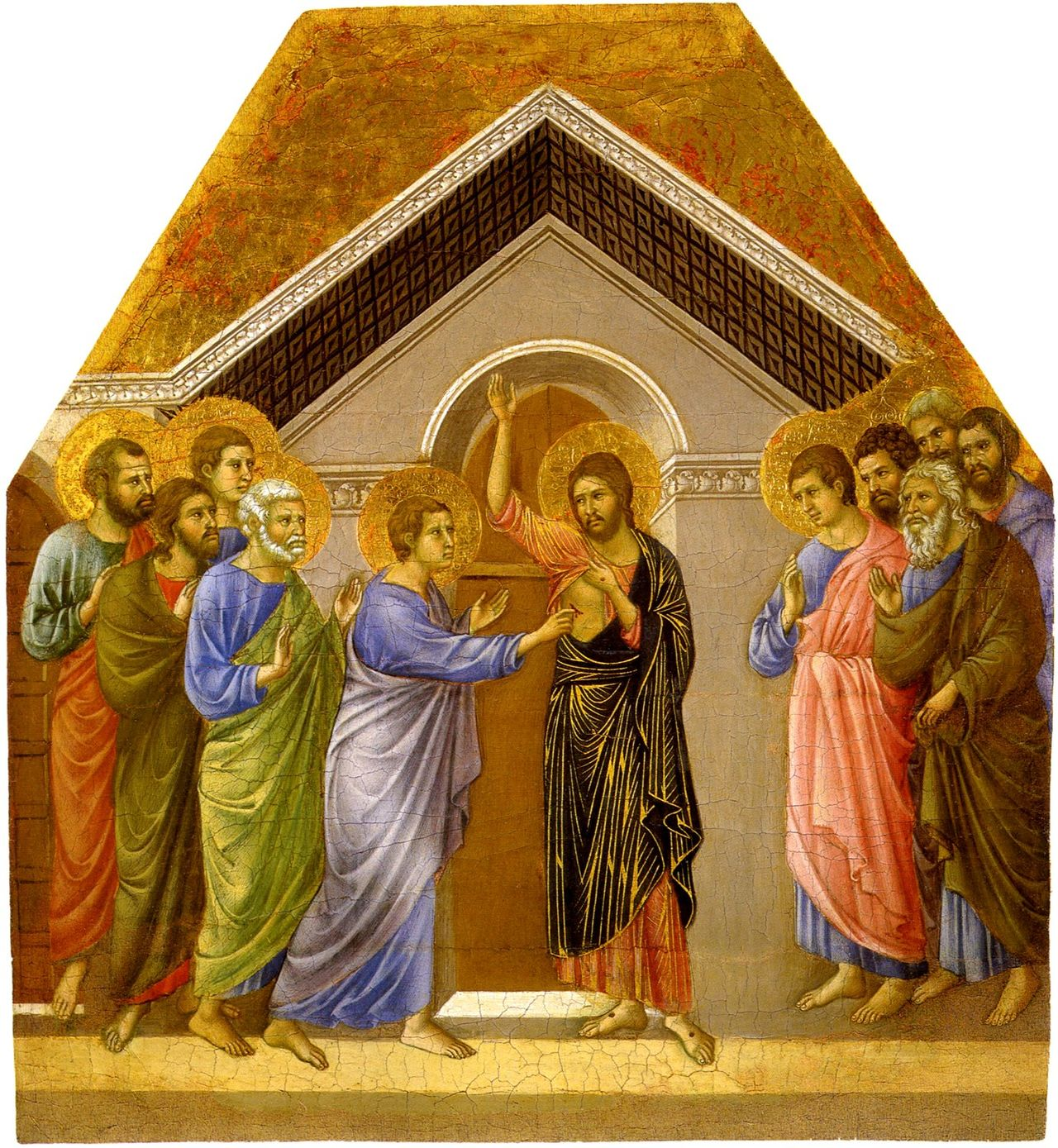 The Incredulity of Thomas by Duccio found on Wikipedia

Then, at the tomb, Jesus disappears again. So, back we go to the beginning and to Galilee, and this time we see ourselves on the move through the story, people who have taken up our crosses and followed Jesus into all the places of uncleanness, invisibility, fear, hunger, aimless wandering, and death. Like every other time through, the story ends again in death—our death. But that neaniskos, the “young man,” says again, and again and again and again, “Don’t look here. Go to Galilee . . .” For now, we go again, over and over.

Paul had his own roadside encounter with the risen Jesus he didn’t initially recognize.  Paul’s preaching and writing preceded the four gospels, and he first named and described the risen Christ specifically as we twins of Thomas have come to see, hear, and touch him. To sum up what Paul says in 1 Corinthians 12 and elsewhere: all who have been crucified with Christ by baptism into his death, who have been raised with him to new life, and who have received the bread and cup Jesus called his body and blood, are together “the body of Christ.” Unless the Triune God is really no more than two guys and a bird or ghost hanging out somewhere in a distant, celestial throne room, we who gather in Jesus’ name to remember the promises, baptize, and share the meal are the only flesh-and-blood body the risen Christ has now in space and time.

Luther said that if you want to know what God is up to in the world, look at Christ—the crucified Christ. Sit loosely with every other sign or story that tempts you to think you know who God is, what God wants, or how God loves, but cling tightly to the one who hangs there, with us, for us. Start all your theologizing there, and however far you roam, come back there, to our habit, our habitat, our home.

And if you want to see the crucified and risen Christ and what he’s up to in the world today, look at us, the body of Christ, risen from death and roaming loose now in the world . . . listening carefully to sad folks along Emmaus roads, sitting with naked, tormented souls who live in graveyards, virtual and otherwise, sharing our last morsels with people we barely know, breaking into hell, which, truth be told, isn’t that hard to find, and busting it up exactly as he did, simply by going there.

Of all that God may or may not be doing in the world, this much is sure. Incarnate in the crucified, risen, wound-sporting body of Christ, God still loves the world to death and shows up to do that loving in myriad ways, beginning with daily and endlessly calling the body of Christ into being through the Word spoken and done—proclamation, baptism, the supper—and then giving away all the bodies gathered up in the body of the Only-Begotten. The great and astonishing miracle of the supper is not some magic performed on simple bread and wine, but that fickle, fainthearted, ordinary folk like us who eat and drink become the flesh and blood of our Lord, his body, ready for sending into every corner of creation that suffers God-forsakenness.

And in every age, insiders and outsiders alike respond, “You’re joking, right?” Us? You? Insiders generally care little about outsiders’ criticisms. Still, it stings when others see our faults and charge us with hypocrisy, or taunt both God and us as impotent when we seem helpless in the face of disaster and mass suffering. Mostly, we care intensely about others who claim the name of Christ, as do we, and then speak or behave like . . . that! Not too long ago we mostly tussled among ourselves over doctrines, translations, and hierarchical structures. We contented ourselves with the belief that our pure preaching and correct sacramental practice marked us as the true body of Christ. Others might qualify, but we could never be sure.

These days our differences have become extreme. Those insurrectionists on January 6th who carried images of Jesus draped in an American flag, or the guy in the pickup with a Christian fish symbol on the tailgate and a “F**k Joe Biden” banner in the back window, are these members of the body of Christ? People on both sides of the abortion debate claim membership in Christ’s body.  So do LGBTQ people and their allies on the one hand, and on the other Christians who fight to keep gay and lesbian people from enjoying acceptance and the full range of human experience and relationships. In every dispute, each side believes it has the marks of the true, authentic body of Christ.

In the end, there remains only one way to identify Christ’s risen body, and it’s not doctrinal purity, correct practice, or card-carrying membership. It’s not even “fruits” such as love, joy, peace, patience, kindness, generosity, faithfulness, gentleness, and self-control, although these serve as a more reliable gauge than the previous list. The identifying marks of Christ’s true body remain those that convinced our ancient twin, Thomas. The wounds. Signs that here is the one crucified with us and for us.

We get to see, even touch, the wounds of those who give themselves to us in love as Christ’s risen body moving about among us. For that, we give thanks. Those others we mostly see from a distance, their wounds we can’t see. Perhaps others can and do. And if they are the wounds of crucifixion with Christ, surely Christ knows, and maybe he alone. For now, that’s sufficient. Our job is busting up hell, not guarding the gate. 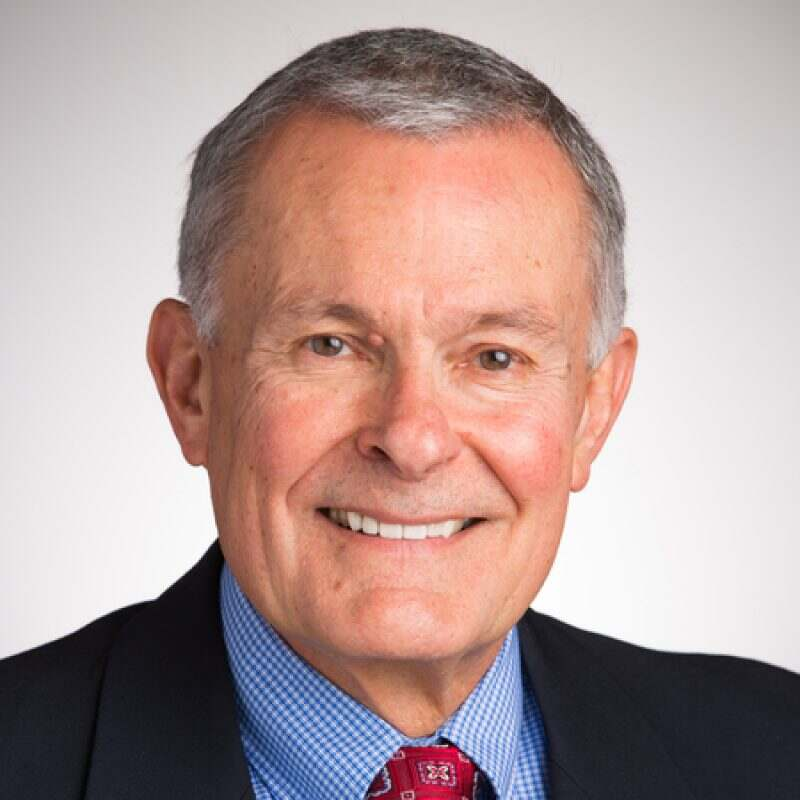