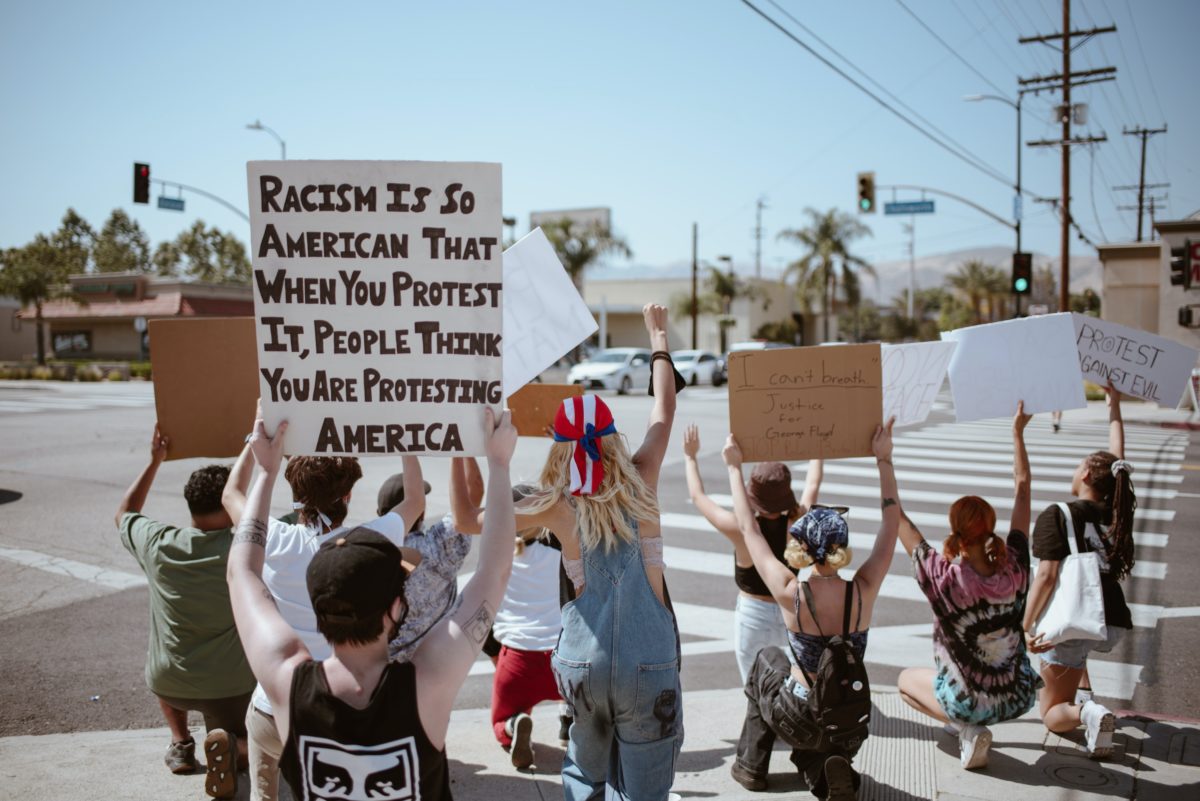 Here is one of several reasons for spending time with today’s offering: it will likely be the first time you’ve ever seen Luther’s “Heidelberg Disputation” marshalled as a resource for addressing the hot-button issue of white supremacy as a stubborn feature of American life, and of American church life in particular. Along the way you’ll be introduced to some other resources you’ll want to check out. Our writer is Richard Gahl.

Addressing White Supremacy in the Church 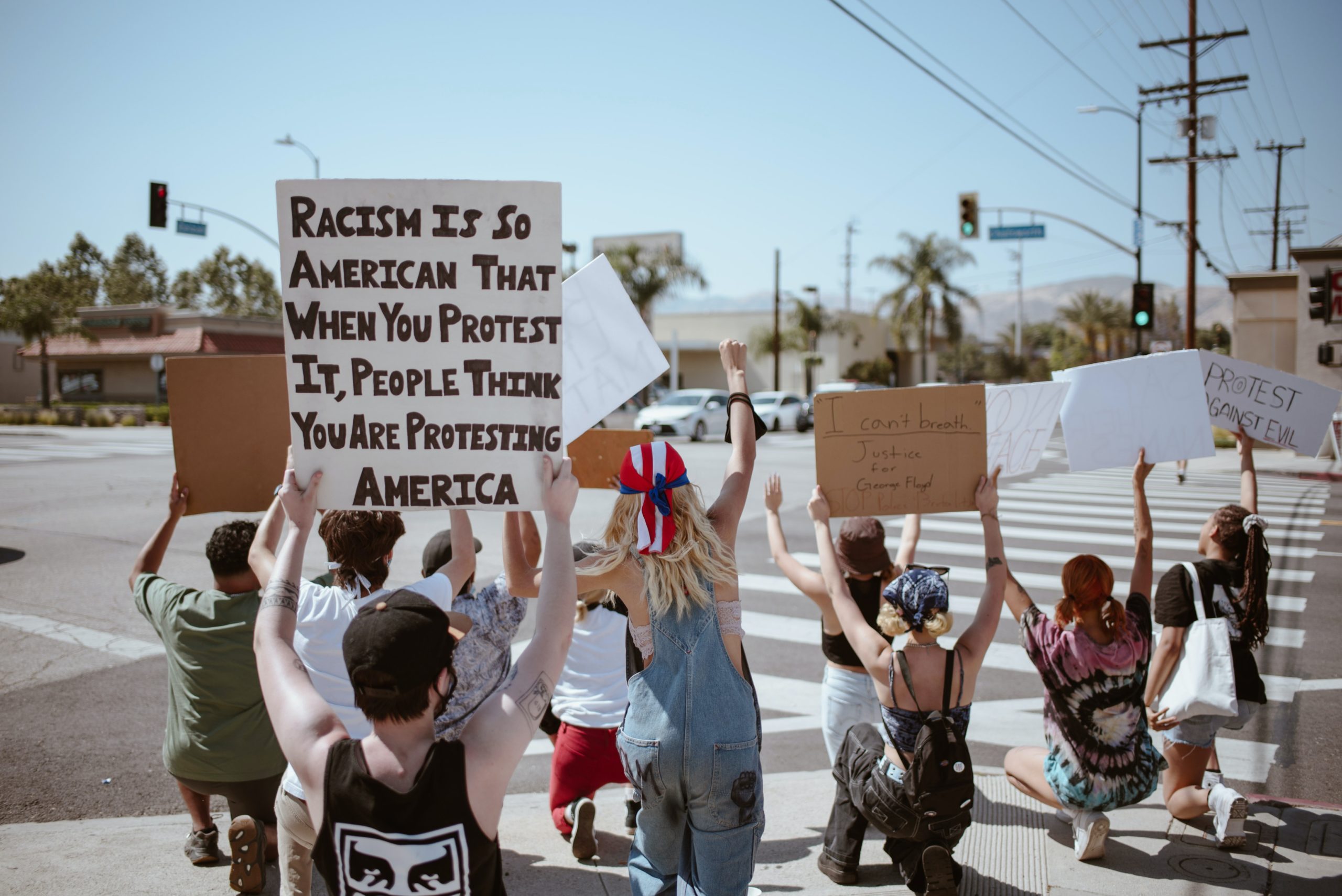 This article explores the phenomenon of “white supremacy” in America during these first decades of the 21st century. The first two sections review evidence for its presence in our broader society and in the Christian church. The final section will offer thoughts on the path forward, at least where Christians are concerned.

“All men are created equal…” These words are a key opening statement of the Declaration of Independence and they are carved into the walls of the Lincoln Memorial in Washington D.C. In one sense these words are unfulfilled, even broken. Yet as part of our desire to “form a more perfect union” they are aspirational—a beacon for a better future.

A quick review of familiar history:

Slavery was the issue that festered into a civil war some seventy years after the adoption of our Constitution. For legislative purposes the slave was counted as three-fifths of a person. Following the defeat of the Confederacy full blown attempts were made to include former slaves in government and community. In Grant, a biography, Ron Chernow reports that President Ulysses S. Grant championed education for four million former slaves with some success. But the election of 1876 reversed whatever progress had been made toward equality. Reconstruction ended and Jim Crow became dominant. Why? In Chernow’s opinion, “For many southern whites…the idea that their erstwhile slaves could now hold office and even gain the upper hand in their political lives was intolerable” (p. 685). But this was not just a southern sentiment. There was considerable thinking along similar lines in the north.

Efforts to keep blacks “in their place” took many different tracks at the beginning of the 20th century. Statues of Confederate war heroes were erected in public spaces across the South as reminders of power and status arrangements in the new era. Alabama still uses its Jefferson Davis Bible for the inauguration of new governors. Lynchings were public family entertainment. Segregated water fountains, rest room facilities, schools, public transportation and the like were indeed separate, but hardly equal. An attitudinal line leads from such things to Charlottesville where there were “good people on both sides.”

In Caste: the Origins of our Discontents, Isabel Wilkerson documents the Nazi interest in the “classic Example” of the United States in creating a framework of racial laws. “A young Nazi intellectual was tasked with compiling a table of U.S. race laws, and was confounded by the lengths to which America went to segregate its population” (p. 83). The young Nazi thought American law went overboard!

On one level, the persistence of white supremacy thinking has roots in “zero sum thinking.” The theory suggests that there is a fixed amount of honor or status in a given society. If some are to be given more honor or status, the same amount will need to be subtracted from others. In other words, to raise up the condition of blacks is to automatically bring down the condition of whites. And to those invested in and profiting from existing inequities, this is not to take place under any circumstance.

White supremacy is pervasive in American culture. It is never far from the surface. We have a considerable distance to go before “all men are created equal” is a current reality. 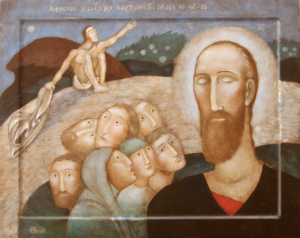 In exploring the concept of the Kingdom of God, the scope of God’s saving purpose for humankind, it becomes manifestly clear that the Gospel is for everyone, not just a select few. In this Kingdom “there is one body and one spirit, just as each of you were called to the one hope of your calling, one Lord, one faith, one baptism, one God and Father of all” (Eph. 4:4-6).

“I’m better than you are” heresies shatter this oneness in Christ. One finds this aberration in corners of the church where white supremacy is promoted. The consequences for mission are devastating. The unwavering scriptural witness to oneness in Christ is undercut by the stubborn, pernicious assumption, clung to by some, that to be white is to be superior. “After all, we are chosen people.” As if one’s non-white siblings-in-Christ are not equally chosen by the One who does the choosing. In any case, to be chosen is not to be better than others, but rather to be particularly responsible for sharing the Good News of the Kingdom of God with all and everyone near and far.

At the end of last July, Robert P. Jones published a book entitled White Too Long: The Legacy of White Supremacy in American Christianity. In it he reports the paradoxical findings of the Public Religion Research Institute. “White evangelical Protestants report the warmest attitudes toward African Americans (71%) while simultaneously registering the highest score (78%) on the racism index” (p. 171). Again, “The data suggest that the white Christian churches, both Protestant and Catholic, have served as institutional spaces for the preservation and transmission of white supremacist attitudes” (p.182).

In an earlier work, The End of White Christian America, Jones reports that one of the major reasons in the percentage decline of white Protestant churches lies in demographic changes related to diversity. He points to the exodus of young adults from churches of all kinds because of the exclusion of gays and limited opportunities for women. These young adults have grown up with diversity in schools, in friendships, and work opportunities running away from places that do not meet their expectations in these matters.

Do we need a reminder that on January 6th Christian brothers and sisters carried crosses and Jesus Saves banners into the Capitol buildings in an effort to block the certification of our November 3rd Presidential election? They even took time for prayer in the houses of Congress.

The last two sentences of Jones’s White Too Long are worth repeating as a conclusion to this second section:

The question today is whether we white Christians will also awaken to see what has happened to us, and to grasp once and for all how white supremacy has robbed us of our own heritage and of our ability to be in right relationships with our fellow citizens, with ourselves, and with our God. Reckoning with white supremacy, for us, is now an unavoidable moral choice (p. 236)

In a recent Zoom session devoted to the study of upcoming Sunday texts, a group of pastors that includes me were brought up short by the train of thought in 1 Corinthians 8 about food offered to idols. What jolted us was the clear statement of Paul that to hurt those struggling with the “freedom” to eat this food was to sin against Christ. The question is: Are we also sinning against Christ in permitting racist, white-supremacy attitudes to live on in the hearts of the people of God—whose only claim to fame is that they are saved by the amazing grace of God?

Patterns of white supremacy are deeply ingrained in our society and in groups of people in the church of Jesus Christ. It is evident that change will not happen easily. Yet such a change of heart and mind is of the essence to our relationship with God. A “change of heart and mind” is one way to translate the word “metanoia”—often rendered as “repentance.” Is a heart-and-mind transplant possible for white American Christians? Here are some signs of hope that have caught my attention in recent days.

The ELCA online Journal of Lutheran Ethics published a number of articles on the subject of “racial justice” in its February 2021 edition. Timothy Hoyer reshaped the focus with his writing on “racial mercy.” He noted in light of the distinction between Law and Gospel, any discussion of justice is a discussion of the Law. And in the light of Romans 4 he reminds us that “the Law brings wrath.” One can hear the wrath in a statement like this: “I was taught this in catechism classes years ago. Our pastor, was it Schmidt or Anderson, was very clear about this that we were a privileged people way beyond heathen cultures.” In other words, the transplant of heart and mind invited by the Gospel would entail a betrayal of the past. Hoyer nonetheless looks toward a future where “the only way to look at others when one has faith in Jesus is to see that they are a person Jesus died for.” He continues, “hus the difference between us and others are no longer judged, they are no longer a threat to one group’s supremacy.” He concludes: “It is mercy that gets people to love. It is putting people in Christ that equips them to love freely instead of being enslaved to the greed of trying to justify themselves.”

I hear in Hoyer’s words the church’s prayer: Lord, have mercy. And the result is that we have been given mercy and are called upon to share mercy with others. One caveat: the word “mercy” has a bit of a superior/inferior relationship. Some other word from the compassion family may be a better choice. 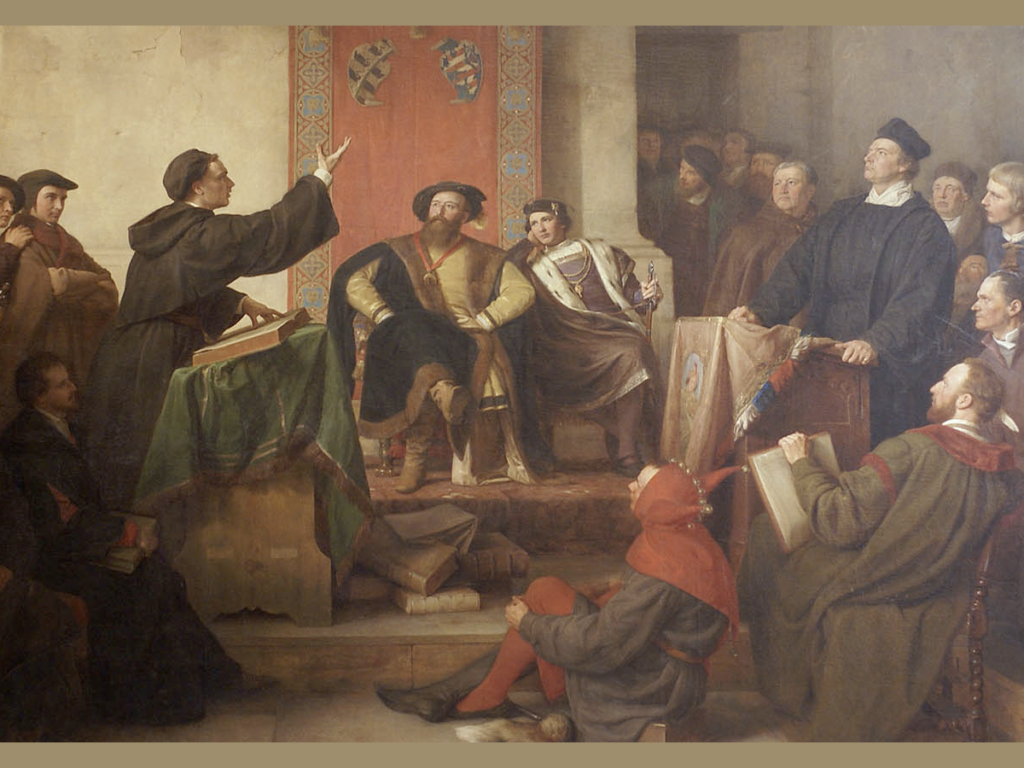 My second sign of hope is an article by Leopoldo A. Sanchez M., “Beyond Facebook Love: Luther’s Two Kinds of Love and the Immigrant Other” (Concordia Journal Vol. 46 No. 4, Fall 2020).” Sanchez argues that Luther’s distinction in the Heidelberg Disputation of 1518 between human love and divine love (or the love of the cross) offers a way to form the faithful to deal with neighbors beyond what an ethic of affinity allows (p. 25). Sanchez has in mind the “Like” button on Facebook that tracks and announces what we like, in a contemporary version of turning in on ourselves.

An explanation follows the thesis:

…The love of God which lives in man loves sinners, evil persons, fools, and weaklings in order to make them righteous, good, wise and strong. Rather than seeking its own good, the love of God flows forth and bestows good. Therefore, sinners are attractive because they are loved; they are not loved because they are attractive…. This is the love of the cross, born of the cross, which turns in the direction where it does not find good which it may enjoy, but where it may confer good upon the bad and needy person (p. 57).

Sanchez may have had the immigrant person in mind as he was writing this essay. But the point is the same with white supremacy. The love from God has created the same good, conferring good upon the bad and needy person. And there are none other than bad and needy persons in the church, made equally good by God whatever their ethnicity or color.

I find a most interesting support for this in the story of blind Bartimaeus meeting Jesus outside of Jericho at the end of Mark 10. “At once he was healed and he followed Jesus on the road.” The next stop on this road is Jesus’ entry into Jerusalem on the back of a young donkey. Jesus’ gift of sight, signaling faith, makes Bartimaeus the prototypical disciple.

It is my suspicion that conversations about white supremacy in the local congregation will be fraught with pitfalls. But these conversations must take place. It may appear that proclaiming the Gospel is too simple a solution. But the Heidelberg Disputation’s words about the love born of the cross conferring good upon the bad and needy person is a good place to begin as we follow Christ together as one people trusting His promise.

"…Nothing in my hands I bring, simply to thy cross I cling…"