A Time for American Repentance (Part 2) 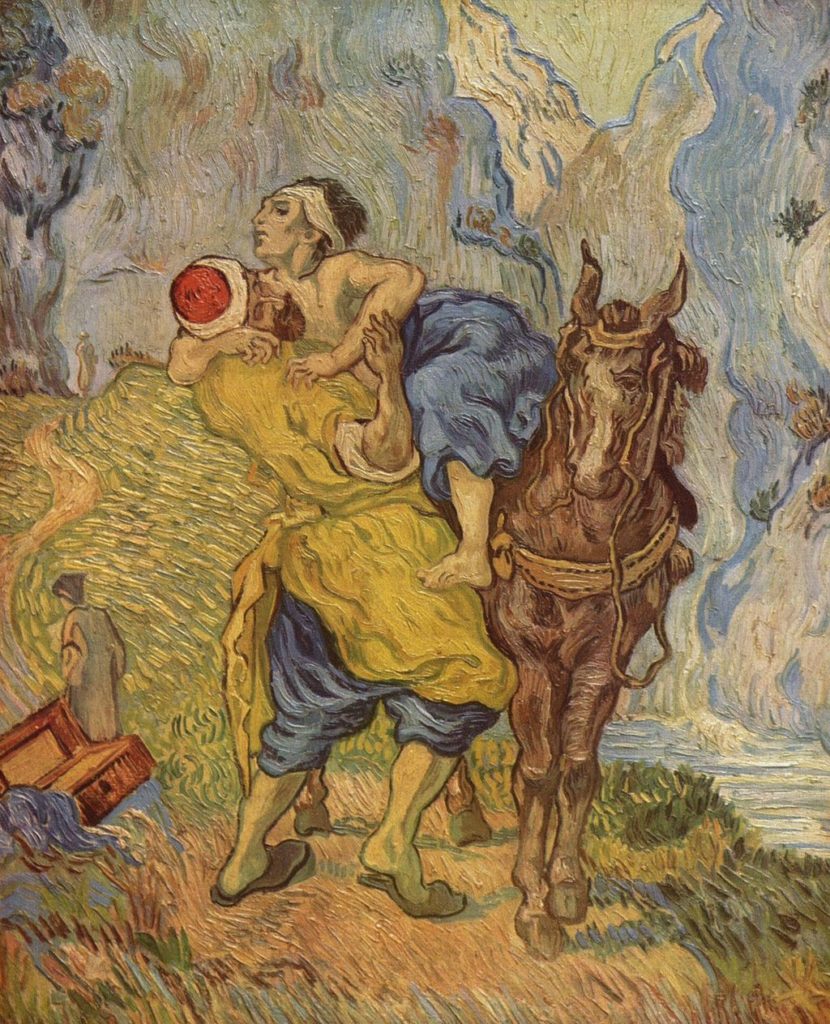 The Good Samaritan, after Delacroix by Vincent Van Gogh 1890. Found on Wikipedia

In this second half of David Krause’s essay on America’s original sin of racial genocide, he breaks down the aspects of our national culture that can draw us away from Christ and away from our calling to love our neighbor as ourselves. He then lays out specific suggestions for incorporating repentance for the national sin of racism into daily spiritual practice. With Independence Day celebrations on the horizon, we trust you’ll find food for thought and prayer in David’s words.

A Time for American Repentance
Part 2
by David Krause

Like Brueggemann, I see several articles of Amerikanische Christen faith alive and well in our America today:

There is nothing inherently “wrong” with the first four items. They have, to a great degree, brought our country to a level of prosperity and strength and freedom not known in history. We have millions of soldiers, political leaders, and citizens throughout history to thank for their service to our nation. I proudly display the flag on important days of recognition.

As people who aspire to be disciples of Jesus Christ, there is an even more serious issue underlying and flowing from our American original sin: it blinds us to our calling to love God with all our heart, soul, and mind and love our neighbor as ourselves, defining “neighbor” as Jesus did in the parable of the good Samaritan (Luke 10: 30-37). The great blessings of our American experience can blind us to justice for our neighbor. 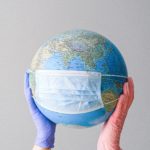 How can such good things—great blessings as Americans—draw us away from Christ? From a spiritual and theological perspective, have our prosperity and success blinded us to our national original sin and the four-hundred-year pandemic of injustice bred from that?

1. Patriotism: I have voted in every election at every level since I was old enough to vote. I pay taxes and am thankful to participate in our democracy in this way. I am a proud citizen of the USA. My primary calling, however, is citizenship in the Kingdom of God. What should I do when the two “kingdoms” of which I am a citizen conflict? First, I have to be honest about the conflict. America’s original sin is not consistent with the Kingdom of God. What do I do about that? Idolize America and deny its original sin? Or confess my role in the pandemic? And strive to follow the calling and teaching of Christ in addressing the outbreak within my circumstances?

2. Freedom: Our freedom is a great blessing. Freedom, however, can quickly degenerate into a narcissistic pulling away from responsibility to God and to other people in order that my personal space or resources are not diminished or violated. If the law of God—as set forth both in the Hebrew Scriptures and the New Testament—is to love God with all our heart, soul, and mind, and to love neighbor as self, then we have no freedom from either half of that law. We are bound to God and bound to neighbor. How do we answer that call?

3. Individualism: The most blatant example of American individualism and freedom in our day is the freedom not to wear a mask during the COVID-19 pandemic. I am independent; I am strong; I am unconcerned about anyone but myself.  The faith tenet of individualism is a myth: you and I cannot exist or survive by ourselves. Our loving families, our church, health care providers, educators, and laborers all care for us in so many ways. Individualism is an illusion. That’s why there is so much rich language in the New Testament regarding the Body of Christ, the Church.

4. Capitalism: In my opinion, this is the most intelligent way to organize an economic structure. It allows people to reap benefits from their hard work and has helped us to build the world’s most powerful and richest economy. But not everyone can compete within a capitalist environment. That fact has resulted in the greatest disparity between rich and poor that our nation has ever seen. And what happens to those who often cannot compete? Such people are held up as particularly important in both Hebrew Scriptures and the New Testament: the poor, the weak, the widow, the orphan, and the immigrant. An African American man drinking at a water cooler for “colored” people at a streetcar terminal in Oklahoma City in 1939.https://www.britannica.com/topic/racial-segregation/images-videos
Russell Lee/Library of Congress, Washington, D.C. (image no. LC-DIG-fsa-8a26761)

5. Racism: This is the most urgent issue of our time. Africans were first brought to America in 1619. White America almost totally liquidated the Native Americans who populated North America before our arrival, and the treatment of them has been consistently unfair. African Americans have suffered at least three periods of evil: slavery, Jim Crow segregative realities, and now the reality of the dramatically out-of-proportion incarceration of black males. And it is very clear that prejudice against black people is powerfully systemic.

If we interpret the dedication of the Memorial to the Murdered Jews of Europe in Berlin as a marker, it took Germany from 1945 until 2005 to confess and repent of its national original sin. Here in America, we are working on 400+ years. Where is our confession? Where is our repentance?

Custer Died for Your Sins: An Indian Manifesto Wikipedia

I see this as a spiritual challenge. It is not the role of the followers of Jesus to rectify all the tensions within the United States today. It is the role of the church to stand with those on the margins, whether those margins are health-related, economic, or racial. The church will stand long after the United States is past history (depending, of course, upon the timing of the parousia!).

With regard to four hundred years of brutal and systemic racial injustice, are we, as disciples of Jesus Christ, on the trajectory of the Deutsche Christen—the German Christians who swore allegiance to Hitler? Are we in danger of being Amerikanische Christen—American Christians who swear blind allegiance to the dark side of our racial history? There is so much to celebrate about our nation’s history, accomplishments, and lavish benevolence throughout the world. And celebrate it we must! Yet the stain of our original sin remains, and repentance is urgent and overdue.

I suggest the following:

The core of God’s salvific work in Jesus Christ involves three things that Jesus foreshadowed to his disciples several times: suffering, death, and resurrection. We have been baptized into Christ’s death and are thereby called into his suffering, death, and resurrection. We can experience the suffering of our world, our nation, and ourselves. We can focus on what in us needs to die and thereby invest in a redemptive future for ourselves and our country as God works resurrection in us and for us.