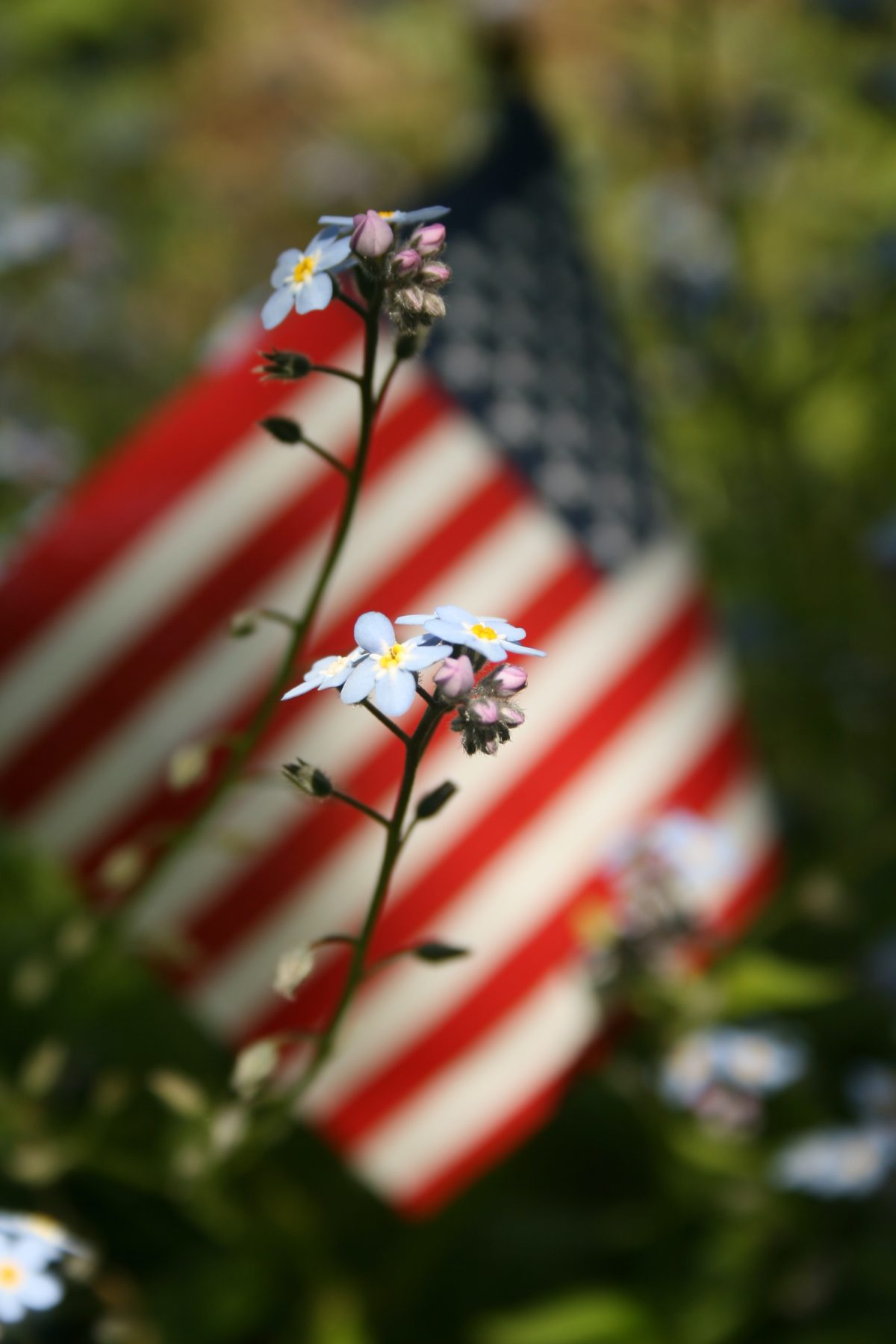 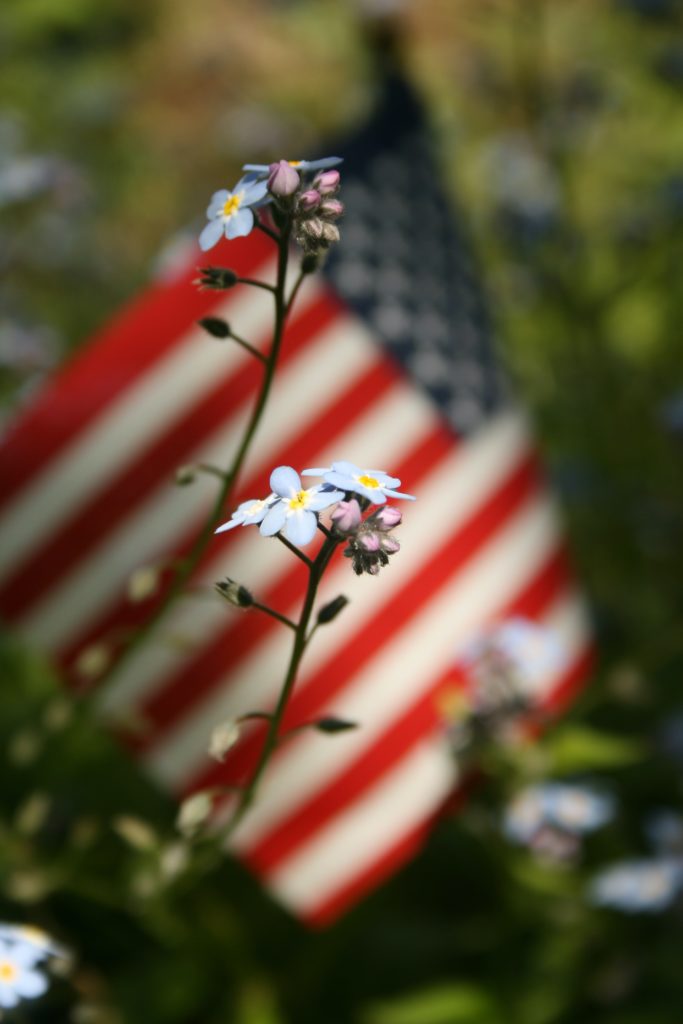 By @riosamba found on Unsplash

For more than four hundred years of our nation’s history, racism has led to discrimination, abuse, and violence. In an essay we bring you in two parts, this week and next, David Krause deftly illustrates our nation’s original sin, exposing our failure to trust God and our worship of idols. David’s call for repentance is a compelling invitation to trust in Christ as all sufficient, as you’ll see in his conclusion next week.

After graduating from seminary, David served as a parish pastor in Georgia before returning to direct development for Christ Seminary–Seminex. While there, he earned a doctorate in ministry. David went on to a distinguished career in fundraising and philanthropy, including as president and CEO of Parkland Hospital Foundation in Dallas, Texas. He serves on the board of directors for the International Bonhoeffer Society as well as the board of the Lutheran Music Program (Minneapolis). He is helping to plan the observance of Seminex’s 50th anniversary as part of the Lutheran School of Theology in Chicago campaign.

A Time for American Repentance
by David Krause

Some years ago, I traveled to Berlin to speak at a German national fundraising conference. My wife and I toured what is commonly called “the new holocaust museum.” That is not the name of the museum. Its name is “Memorial to the Murdered Jews of Europe.” I interpret this naming as a national confession of the great shame of that period of German history. 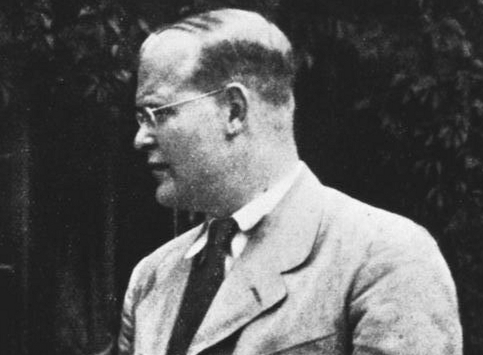 During Hitler’s reign, those Protestants who swore allegiance to him were called Deutsche Christen—German Christians. One notable Christian pastor who did not fall in that category was Dietrich Bonhoeffer. He spoke out publicly against Hitler and was secretly involved in a plot to assassinate him. For this he was hanged by Hitler on April 9, 1945, twenty-one days before the Allies liberated Germany.

The aforementioned museum was dedicated in 2005. The Germans did not repent of their sin of racial purification in 1945; they were decimated in 1945. In one sense, their repentance took sixty years.

I believe it is time for America to repent of its original sin of racial genocide, both of Native Americans and of African Americans (though racial issues are not limited to those two groups). That original sin has produced a four-hundred-year pandemic among us, which hopefully now seems to be in a process of sober diagnosis. The literal meaning of the biblical word for repentance is to change the mind, to proceed in a totally different direction. It is time.

We should not confuse America’s original sin with the more universal fact of original sin which affects and pollutes all of us of every race. We see that pestilence active daily on all, regardless of race. 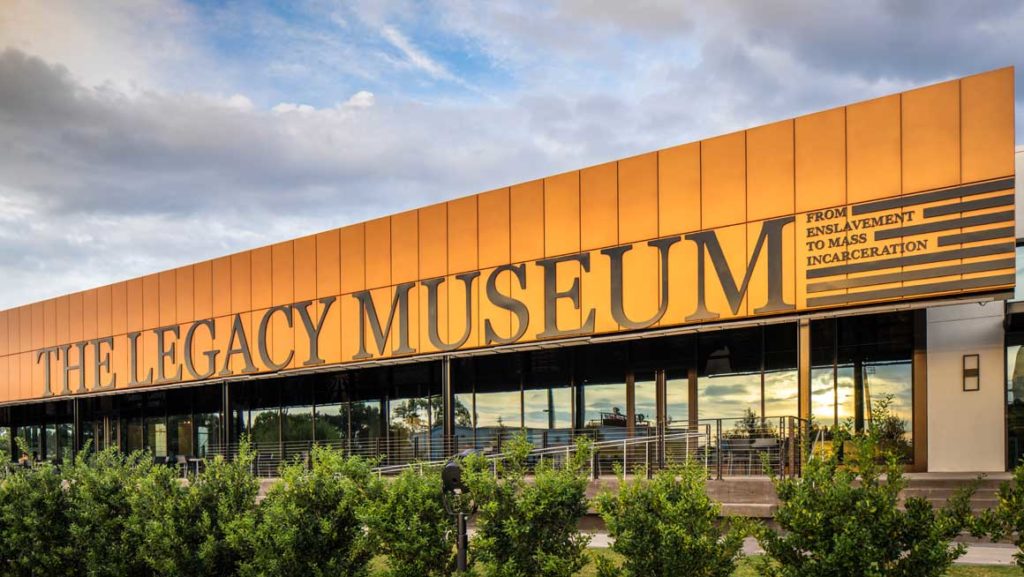 The Legacy Museum found on eji.org

How might one measure repentance and when might it be declared? The road is over four hundred years long and extremely complicated, with advocates, protesters, and executive, legislative, and judicial action on the part of different levels of government.

Given that repentance is a theological concept, my concern in raising these issues is this: What is/should be the role of the Church—the disciples of Jesus Christ—in national repentance and subsequent proofs/realizations of same?

The church does not enter this fray without deep flaws, nor do the American people with our track record on racial issues. Sadly, both have been mostly impotent with respect to racial justice since 1619.

Some denominations have been more active than others in this march toward justice. Some U.S. presidents have been more active and effective than others in this march. Some people tend to blame President Trump for much of today’s turmoil. I don’t believe this is fair. I do, however, see him as the “Symptom-in-Chief” of the American environment today.

Both as church and country, we must make decisions, about which leaders maintain validity in our faith and national life. Many faith leaders in history were deeply flawed human beings. King David is a prime example. He committed adultery, yet one result of that act was the birth of Solomon and the steady trajectory of salvation history through the birth of Christ. We have not removed Michelangelo’s statue of David from the museum in Florence.

As debates swirl in our country about “good statues” and “bad statues,” we will need to decide which of our flawed leaders deserve continued honor and which do not. It seems that Washington and Jefferson, while both slave owners, will still be deserving of our honor, not because of their failings, but because of the formative dynamic of their leadership in the birth of our nation.

Into this recipe of repentance is mixed the powerful reality of fear. African American males fear walking down a street or jogging, and a significant percentage will fear the ever-present potential of being incarcerated. White males may fear—consciously or unconsciously—losing their “white privilege.” For some, these privileges have long been considered “my rights as an American,” without any realization that not all enjoy these privileges. Such white fear breeds not only fear but violence. 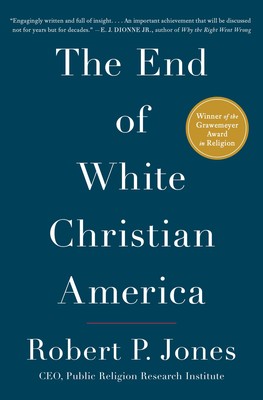 The somewhat silent (but getting louder every day) evolution of racial change is now a reality. See the 2016 book by Robert P. Jones, The End of White Christian America. The book demonstrates that very shortly, perhaps even by the 2024 election, the white race will be in the minority nationwide. Jones states we are witnessing the death rattle of the dominance of white Christian America.

How should we as Church approach our age? Have we been approaching it like the German Christians of Hitler’s Day?

The crisis in the U.S. Church has almost nothing to do with being liberal or conservative; it has everything to do with giving up on the faith and discipline of our Christian baptism and settling for a common generic U.S. identity that is part patriotism, part consumerism, part violence, and part affluence.

Our flag can either be a holy instrument or an instrument of Satan. When the flag drapes the caskets of those who have given their all for our country, it is indeed holy. And when we pledge allegiance to it in thanks for the blessings God has bestowed upon our nation, it is holy. When it is wrapped around proclamations of white power, sometimes even alongside the Confederate flag, it is an instrument of Satan. In some circles in our country, it is a sacrilege even to speak this way of the flag. And that is the core of the theological problem. It is a problem of idolatry. 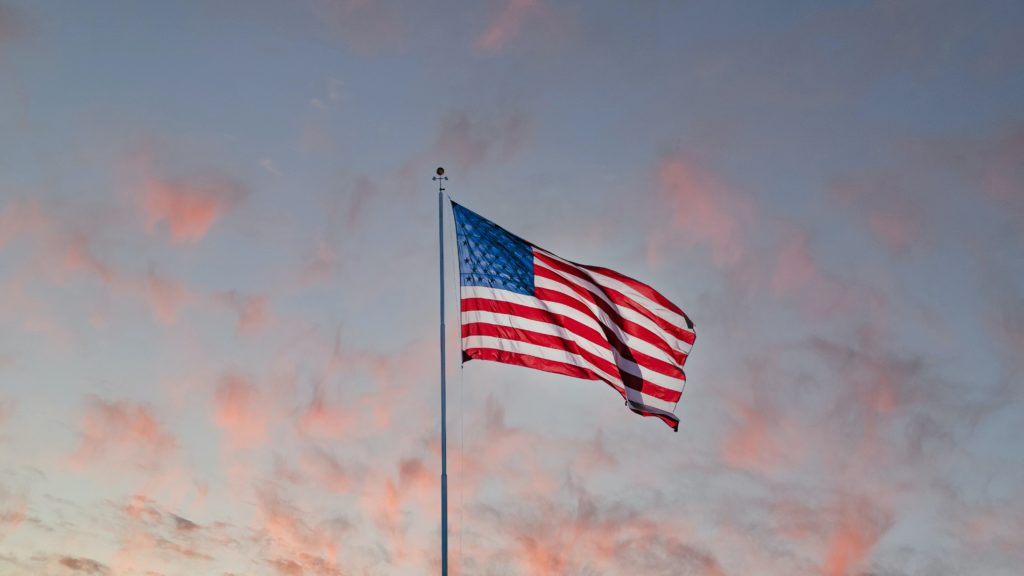 Photo by @istrfry found on
Unsplash